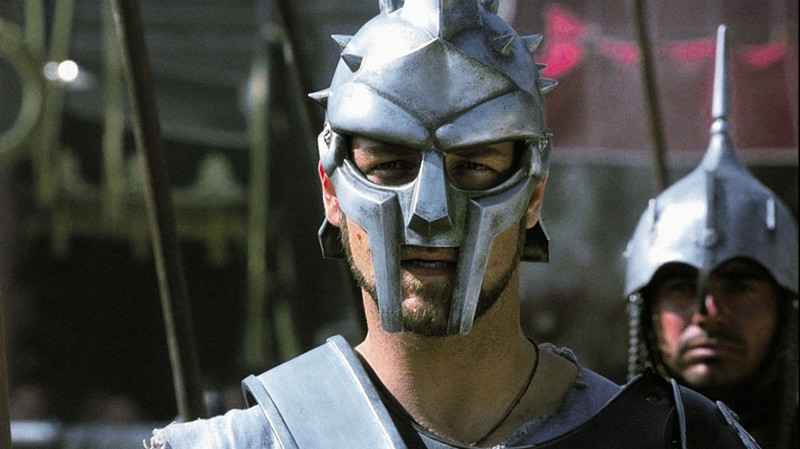 Roger Ebert was one of the greatest American film critics of all time. His reviews kept the movie-going public informed for years. His reviews were insightful, intelligent and funny (for evidence of this last one, see his review of “Deuce Bigalow European Gigolo”). Even after he lost his ability to talk, his love of film persisted and he continued to enlighten the public.

Nevertheless, Ebert was not a machine. He was a man with his own subjectivity and on occasion, his opinions and perspective did not match the audience’s. This list attempts to illustrate this fact by providing ten films that Ebert gave negative reviews to (meaning below three stars). This list attempts to illuminate certain aspects of the film that Ebert perhaps misinterpreted or missed altogether.

Ebert seems to have problems with stories of violence that demystify ideas of masculinity. That being said, one does not go into a Sam Peckinpah film expecting to see a romantic story. His films are filled with blood and brutality that force the viewer to question the true nature of violence and machismo.

“Straw Dogs” represents the finest example of this. Ebert claimed that it was a step back from Peckinpah’s 1969 masterpiece “The Wild Bunch”. He claimed “Peckinpah’s theories about violence seem to have regressed to a sort of 19th century Kipling machismo …

The most offensive thing about the movie is its hypocrisy; it is totally committed to the pornography of violence, but lays on the moral outrage with a shovel.” The film, however, ultimately represents a controversial reflection on manhood and the political upheaval occurring during the 1970s.

The story concerns David, a mathematician played by Dustin Hoffman and his young wife Ann (Susan George), who retreat to a small English town in order to escape being drafted in the Vietnam War as well as the social and political turmoil going on in the US.

The conflict arises when the local men of the town begin to taunt and inevitably harm the couple. David is ridiculed for his peevishness and cowardly manner. His disposition is juxtaposed with the other men and one sees how macho stereotypes are subverted.

The other men are drunk, slovenly, and vulgar individuals, yet they are considered true men, while David is a kind, smart intellectual and is mocked for being so. Things change when the men rape David’s wife and begin to escalate their aggression.

The film ends in a bloody battle with David defending his house from the men. He sees what it means to be a “man” in the townspeople’s eyes, and that involves him becoming some type of animal. The viewer ponders the nature of manliness and its consequences. What kind of ideal is manliness if it leads to gratuitous violence?

This was on the minds of many as the Vietnam War was in full swing. The film also shows how the violence of the 60s and 70s was all-encompassing. David and Ann try to escape it, yet are enveloped in it.

What Ebert missed was how the film’s character development related to these socio-political changes. He failed to see how the film used violence to show the dangers of the macho stereotype. “Straw Dogs” represents Peckinpah presenting pro-active questions that Ebert seemingly did not consider.

This classic monster movie was one of the first modern horror films to blend dark comedy with scares. It would be followed by classics like “The Evil Dead” and its sequel. The film captures the perfect middle ground between these two genres and the result is one that leaves the viewer engaged throughout.

Time after time, the film subverts the viewers’ expectations and leaves one anticipating whether the next scene will make them jump or laugh. This was also most people’s first encounter with makeup master Rick Baker. The film follows a pair of American tourists (David Naughton and Griffin Dunne) in England. One night they are attacked by a mysterious beast, killing one and (you guessed it) turning the other into a werewolf.

Ebert claimed that this combination failed to blend successfully. He also claimed the film lacked character development. This couldn’t be farther from the truth. The main character, David, after becoming a werewolf, goes through a major crisis over whether to keep living. He changes in his outlook on humanity and friendship and he sees the value of human life. He is a complex character.

It’s hard to fault Ebert for this one. “Fight Club” was such a polarizing film when it was first released. Yet, it’s difficult to see why Ebert disliked it. From his response it seems as if he found it pertinacious. The film follows an unnamed protagonist, a catalogue-flipping office drone, as he meets Tyler Durden, a mysterious stranger who shows him how he has strayed from the real world. He does this through the act of fighting.

Through fighting, he learns how to actually feel again. This escalates as he gains followers, leading to more anarchistic activities. He stated, “the message in ‘Fight Club’ is like bleeding scraps of Socially Redeeming Content thrown to the howling mob … It’s a thrill ride masquerading itself as philosophy.” This seems to be a little harsh. Granted, “Fight Club” is somewhat flawed and even a bit pretentious.

Take Durden’s overwritten monologues and the way it sometimes can be didactic as it sledgehammers its message to the audience (“the things you own, own you”). But look at it another way. Does it matter? Here I embody the cynicism of a Gen-Xers shown in the film. The movie’s message is strong enough to overcome its didacticism. This is illustrated in the fact that the film is so pertinent a decade and a half later.

Similarly, in “Fight Club”, the protagonist tests his own humanity and values of society concerning materialism and multinational corporate greed. Yet it seems that Ebert felt that “Fight Club” strayed away from its central message and got lost in a macho bloodbath. 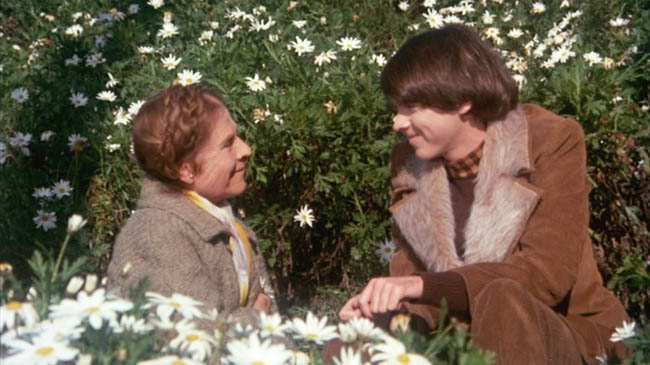 It’s almost impossible to think of the 70s without images of Hal Ashby’s films coming to mind. Films such as “The Last Detail”, ”Shampoo”, ”Bound For Glory”, “Coming Home”, and ”Being There”. But his under the radar cult classic “Harold and Maude” seems to grow in popularity each year.

One can clearly see its influences on the films of Wes Anderson, Diablo Cody, and Charlie Kaufman. Yet, upon its release, Roger Ebert dismissed it. He criticized Bud Cort’s acting and the trajectory of the film. The film follows a depressed, death-obsessed young man named Harold (Cort) whose life changes drastically when he meets Maude (Ruth Gordon), who teaches him to live life to the fullest.

The film combines cynicism with genuine heart, surreal situations with fully realized characters, and Ashby’s distinct visual style with a script full of dark comedy and genuine pathos. And let’s not forget about Cat Stevens. It is hard not to like this film.

Perhaps this film should not be on this list considering the original theatrical version that was put out by the studio received mixed to negative reviews. Yet I have no doubt that Ebert saw Peckinpah’s intended version (later released on DVD) and chose not to reevaluate it.

The film is very much like a traditional Peckinpah film. There’s violence, quick editing, and more violence. However, there is one difference, which is the acting.

Peckinpah manages to coax great performances out of a cast that includes music legends Kris Kristofferson and Bob Dylan, as well as veteran actor James Coburn. Kristofferson plays Billy the Kid as a cocky, folk anti-hero. His performance is one of grace and keeps the viewer grinning the whole time.

Coburn brings great complexity to his role as Pat Garrett, a man who is has great respect for Billy but also takes his role as sheriff very seriously. He knows he must be the man to take the Kid down.

The film also has a great score by Dylan that adds a sense of melancholy to the quieter moments. Ebert criticized the story for being boring and too simple. It may have been boring with other actors, but the cast brings a sense of vitality and complexity to their roles that Ebert missed.