The tale of Faust does not have an exact plot, with most interpretations tweaking elements to suit their purpose better, but, no matter who is telling it, it always has a similar an overarching theme. Typically the main character, Faust, is a man who is tired of his monotonous life which does not seem like it can go anywhere.

In order to better himself, he makes a deal with the devil to give him greatness, in various forms, but has to sign away his soul which the devil will come back and claim. The appeal of this story, and why it has lasted so long, is its universal relatability and the ease with which it can be located to a more contemporary format.

The legend of Faust dates back to the 1400s in Germany where it spread as a popular folk tale, in the form of cheap stories and immature plays. About two hundred years later, Christopher Marlowe gave the legend its first proper treatment in his play Doctor Faustus which still stands as one of the greatest interpretations of the story.

Again, almost two hundred years later, the next great incarnation of Faust came in the form of Goethe’s two part play, which probably has the most influence over modern understandings of the tale.

From that time, continuing all the way to present day, the artistic world is just as fascinated with the legend, inspiring everything from operas to paintings, and yes, to film. Below are the ten greatest cinematic interpretations of the great myth. 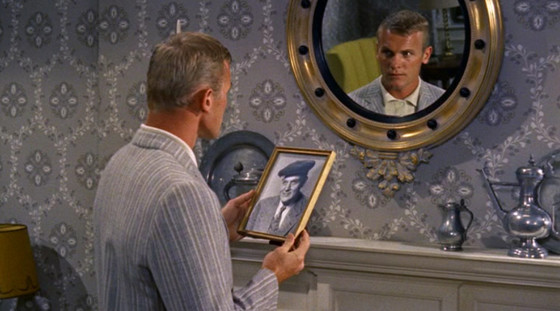 With this film, and the Broadway play it was based on, showed that the Faust legend could spread to just about any medium, including musicals. George Abbott, who also wrote the play and directed the stage version, leads this fun fantasy movie about America’s favorite past time.

The plot follows Joe Boyd a simple man who is a die hard fan of the Washington Senators. Unfortunately, the Senators are an awful team at the moment and the losses take their toll on Joe and his wife Meg.

One night, after Joe says he would sell his soul to have the Senators beat the Yankees, the devil appears to him in the form of Applegate, a greasy con man. He offers to transform Joe into a younger, baseball pro and let him carry his team to win the pennant. All he requires in return is his soul.

The film contains several other clever homages to the source material and fun new twists of its own. Because it is a musical, the focus of the creativity is still on the song and dance numbers, but its plot is significantly more interesting than most of its kind.

Speaking of the songs, there are many memorable tunes from the musical that are still performed regularly today, such as “Whatever Lola Wants.” While the film is somewhat dated in many ways and is not quite up to the caliber of the musical classics like West Side Story, Damn Yankees is a fun, unfairly forgotten film that puts a uniquely American spin on the Faust legend. 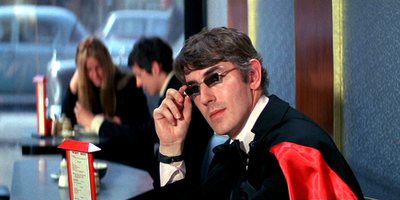 This deadpan British comedy set in the groovy scene of 1960s London is one of the most famous comic interpretations of the Faust story, even spawning a sequel in 2000. British superstar Dudley Moore plays Stanley Moon, a depressed fry cook at a restaurant named Wimpy’s who has lost all reason to keep on living.

The only thing that had excited him before was the possibility of a waitress, Margaret, falling in love with him, but that too looks bleak. After a failed attempt at hanging himself, the devil, under the alias of George Spiggott, played by Peter Cook, appears and offers him seven wishes in exchange for his soul.

Unlike much of the other renditions of this story, Stanley, the Faust character, is never corrupted by his power, but is constantly fooled by the wording of his wishes.

There are some other interesting differences in the story as well. For instance, the devil is not evil incarnate as he usually is portrayed, instead playing the fallen angel who still wants to get back into heaven. Stanley is also does not sell his soul for the intention of wealth or power, but to win the heart of Margaret, which he still fails.

While Bedazzled may not be the funniest comedy of the era, it is a very smart adaptation of the legend and still resonates with viewers today, making it something of a cult classic, although that probably has more to do with Raquel Welch’s scantily clad performance as Lust. 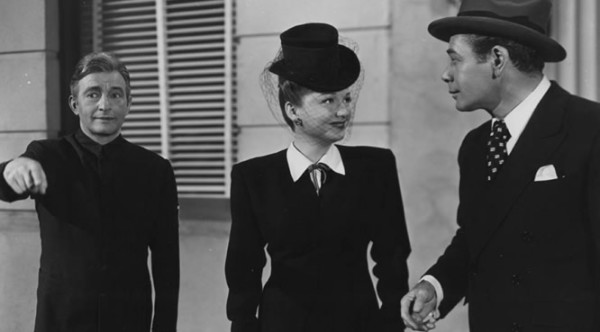 Probably the least well known film on this list but undeservedly so, Angel on my Shoulder capped the end of veteran filmmaker Archie Mayo, director of classics like The Petrified Forest. This fun, fantastical retelling of Faust sets the tale in an gangster environment.

Fittingly, the Faustian character of the story, Eddie Kagle, is played by one of the most famous gangster stars of the era, Paul Muni. In the film, Kagle is killed by one of his associates and sent to Hell where he meets Nick, played by character actor Claude Rains, who offers him a deal.

In exchanged for a chance at life again, Kagle must take over the life of his doppelganger, Judge Frederick Parker, who is too honest at his job and making life hard for Nick. Accepting, Kagle starts out very corrupt and evil but, predictably, falls in love and begins to see the error in his ways.

Aside from the fun pokes at the gangster genre and the clever ways in which the writers wove elements of the legend into present day, Angel on my Shoulder is still more than a simple retelling of the myth. Kagle is an extremely interesting character, partially due to Muni’s skill, but also because of the character’s lack of morality and lack of transition.

While he goes through the common stages of the typical Faust character, such as greed followed by regret, after the devil calls in his favor, Kagle returns to him an unchanged man, still trying to con and cheat his way to the top. Angel on my Shoulder may not be the most profound of all the adaptations on this list, but this unique gem is definitely worth watching if you can find it. 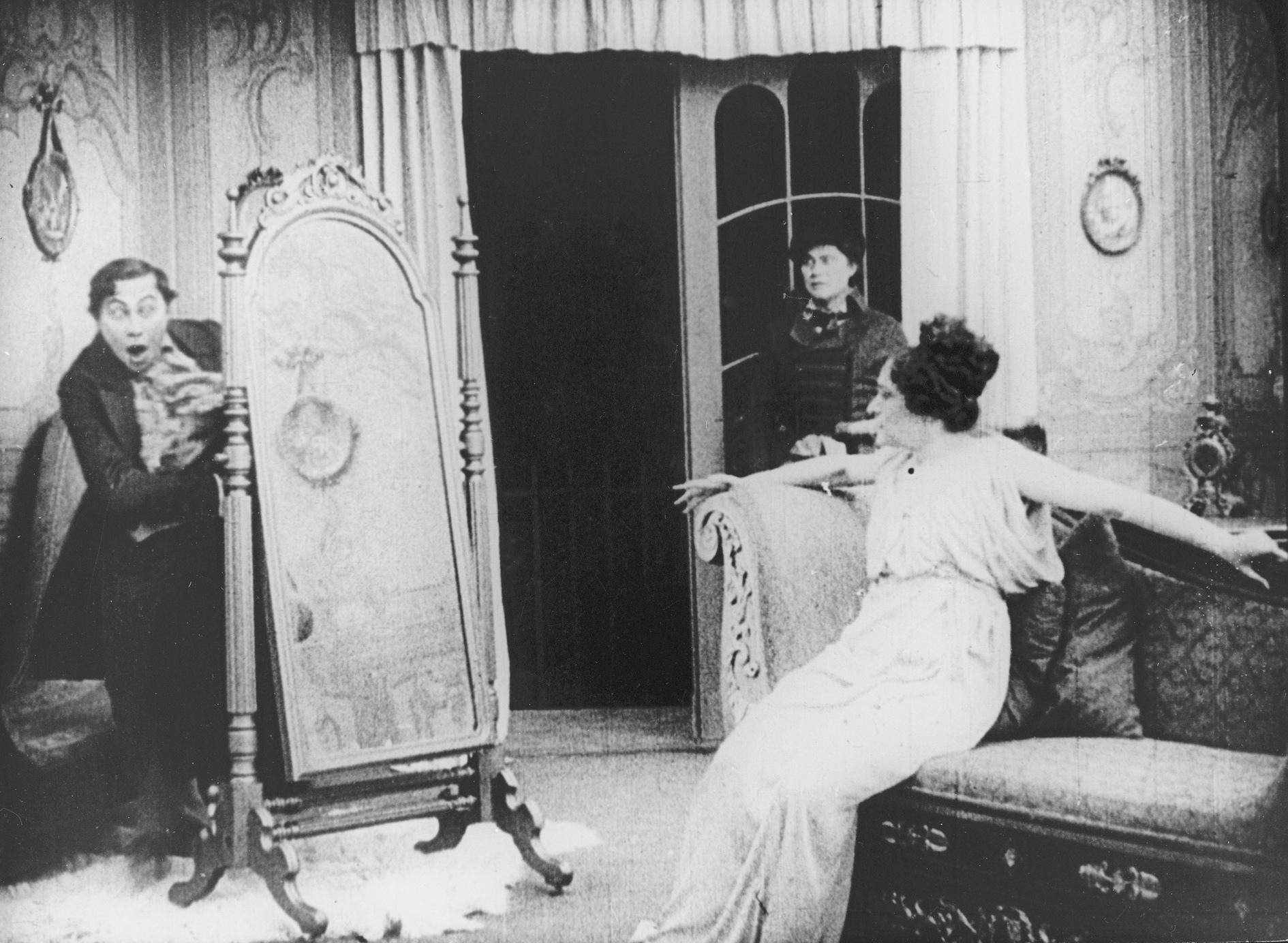 This very early piece of cinema is influential to the genre for many reasons and its importance far outweighs what little attention it has held over the years. Based partially on a short story by Edgar Allen Poe and heavily influenced by the Faust story it is one of the very first horror films of all time.

The Student of Prague stars future German Expressionist master Paul Wegener, director of the iconic film The Golem, in his first motion picture role. Wegener plays Balduin, a young student in Prague. He is a gifted swordsman and is well liked but is not able to continue his lifestyle due to his low funds and lack of income.

To make matters worse, he is hopelessly in love with a wealthy woman who will not pursue a poor man. When all seems lost, he is approached by Scapinelli, a mysterious old man, who promises to make Balduin wealthy in exchange for his soul. Things go Balduin’s way for a short while but soon take a sinister turn.

The Student of Prague has been remade many times after this initial release, most notably in 1926 by another German, Henrik Galeen. Many of the ideas in the film have been copied in various ways for horror movies ever since and many of the effects in the film are very revolutionary for the time. They are made even more impressive by the fact that this film was one of the earliest “independent films” ever.

Unfortunately, due to its age the film does not survive today in its entirety and what is left is of low quality. Some argue that the remakes of the film are better, and in many ways, such as technically, this is undeniable. The originality of this first incarnation, however, make it the more important film in terms of influence and innovation. 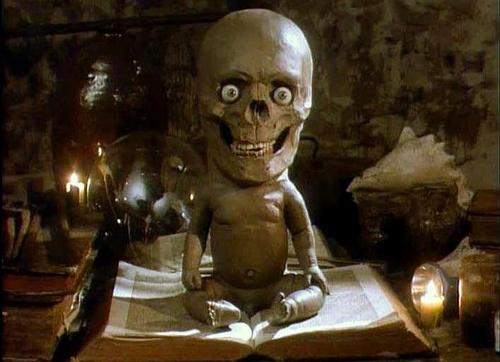 As with all films by Czech surrealist Jan Svankmajer, his rendition of Faust is packed with enigmatic symbolism and bizarre, occasionally disturbing, twists. The film combines many different interpretations of the legend, including Goethe, Marlowe and older folk version, as well as referencing others throughout, such as Gounod’s opera.

The central nameless character, played by Petr Cepek, is given a map with a specified location on it by two strangers. After going to the spot, he says that he is Faust, triggering a production of the play to begin with him playing the lead alchemist. A confusing and absurd story unfolds, often interweaving the play with real events, creating a complicated work of metafiction following the events and themes of Faust.

This complex plot is, of course, accompanied with Svankmajer’s trademark animation, allowing the tale to easily transport the viewer into the world of the fantastic. Its use keeps the film’s tone dark but adds a bit of necessary whimsy; at times one might even call the film comedic.

Svankmajer’s imaginative telling of the story is certainly the most unique of the various on this list, perplexingly switching settings, periods and plots without much warning. As always, the mix of stop motion and human action can also be deeply unsettling. For those, however, that are a fan of the surreal art-house and like a challenge, this is not an interpretation to miss.