Every year, a bunch of truly great films fly way under the Academy’s radar, so it’s about time we start making our own lists of movies that were worth our time in 2015.

This year was especially good for independent and genre pieces, so the number of possible (and certain) snubs in the Oscar ballot is even higher. These are all unique films, driven by their authors’ quirky vision of a theme, a trope or a genre – and watching them is an experience no one should miss, especially not because the smug voters of the Academy can’t recognize them.

John Maclean’s very peculiar western made waves in the indie festival circuit on the beginning of last year, and for good reason. Though not everyone will feel properly sucked in by Maclean’s philosophical, idyllic atmosphere, this quirky take on the conventions of the genre still has a lot to offer, be it Robbie Ryan’s (Philomena) striking cinematography or Maclean’s own dialogue, rich with metaphor and meaning, delving deeply into mankind’s penchant for violence and beauty – and the fundamental way these two concepts merge together.

The story follows Jay Cavendish (Kodi Smit-McPhee, the absolute stand-out in a cast stacked with great actors), a British boy looking for his beloved in the vast deserts of the American West. He’s joined by a bounty hunter (Michael Fassbender), who promises him help in finding his girl for a fistful of dollars.

Filmed in New Zealand, Slow West is a revisionist Western complete with heightened violence and touches of satire, but carries Maclean’s distinctive style – considering this is his feature length debut, that’s quite a feat in and on itself.

Mississippi Grind’s on-the-nose metaphors about its characters’ search for the proverbial “pot of gold” at the end of the rainbow don’t diminish the film’s sheer power of narrative.

It centers on Ben Mendelsohn’s beautifully constructed performance as loser Gerry, whose gambling debts cripple his relationship with his family (ex-wife and daughter) – when he finds Curtis, played brilliantly by Ryan Reynolds, a young, free-spirited, charismatic player, he adopts him as his lucky charm and tricks him into making a road-trip through the South, trying to earn Gerry’s money back.

Anna Boden and Ryan Fleck’s (Half Nelson) direction and script may not be subtle, but it carries the story with honesty and trust in the characters’ appeal. One beautiful, quietly heartbreaking passage sees Gerry and Curtis hooking up with two prostitutes, played by Sienna Miller and the adorable Analeigh Tipton – in the delicate game of seduction and understanding that gets established between the four of them, Mississippi Grind reveals itself as an affecting drama, a straightforward approach to the flaws of the American dream and the tricks lady luck plays on each one of us.

Somewhat overlooked if compared to the previous partnership between the lovebirds, this 2015 comedy centers on twenty-something Tracy (Lola Kirke), a college student with literary aspirations who finds the perfect character in Brooke (Gerwig, in another stellar performance), her soon-to-be stepsister, a thirty-something New Yorker with big dreams, a big personality and almost zero chances of making it all happen.

Doubling as a metaphor for the idealization of characters and character traits in fiction (Tracy’s short story about Brooke paints her as a kind of contemporary Gatsby) and the effects it has on reality, Mistress America achieves that special kind of balance between screwball energy, satire and honest, affectionate generational portrait.

Baumbach’s penchant for movement and rhythm makes it a lively affair, but it also lends the film the sensibility to make it special and important. Mistress America is a low-key masterpiece just like Frances Ha was – it disguises itself as just another indie dramedy, but it reveals its depths as it goes by. 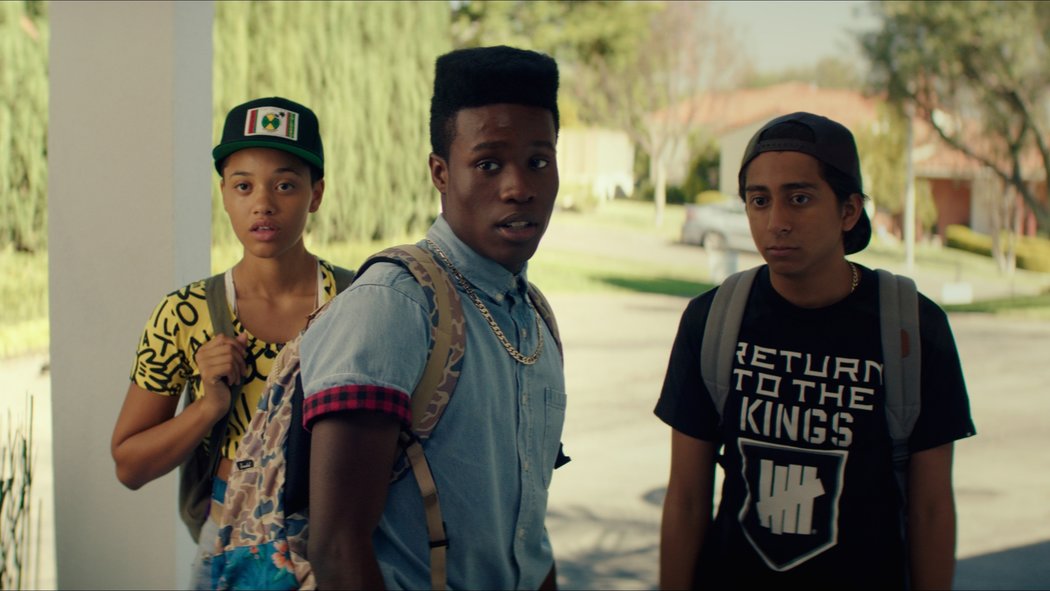 Another Sundance hit, Rick Famuyiwa’s Dope is a smart crime comedy with a striking social discourse running through it. Starring a focused and excellent Shameik Moore (Incredible Crew), Dope tells the story of Malcolm, a geeky high schooler from The Bottoms, a tough neighborhood in California – he gets accidentally tangled in a drug plot, thanks to an incident at Dom’s (A$AP Rocky) party.

Dope takes twists and turns after that, building a smart narrative that never loses sight of the point it has to make about racial issues and the complex web of opportunities and privileges these kids are not privy too.

Tony Revolori and Kiersey Clemons make for brilliant comic sidekicks, and Chanel Iman’s brief, unforgettable part makes way for Dope’s smartest move, and maybe the most convincing portrayal of an internet viral video in the world of fiction.

Famuyiwa’s script is a delightful, surprising treat, streamlining its story while making space for interesting dialogues that show the way young people talk politics, society and their anxieties. Criticized by some as a soapbox speech in feature-film form, especially due to its closing scene, Dope is actually an important, unique movie that deserves to be seen.

Like most great horror films, especially the ones released in the last decade, Goodnight Mommy anchors itself in a very real situation, exploring through allegory and the terrifying elements of it.

Twins Lukas and Elias Schwartz give committed performances as the two children who have a hard time recognizing their mom (Susanne Wuest) after she comes home from reconstructive face surgery.

The disquieting atmosphere of the film has to be credited to Martin Gschlacht’s beautiful cinematography, enhancing the fairy-tale elements of the scenario and turning stone cold sober on us once the horror is unleashed. Fiala and Franz’s direction is skillful and the movie’s climax has the distinction of being shocking, fulfilling and smart for the storytelling, all at the same time.