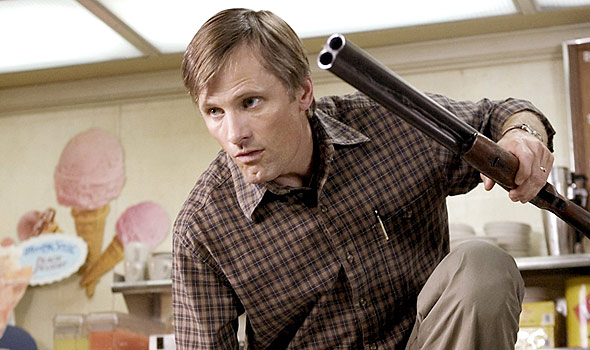 It seems like all Hollywood is doing these days is churning out one new superhero flick after another. With the success of Marvel’s films in the MCU and the work coming out of the DCEU, very little is being made these days that doesn’t come from a preexisting intellectual property.

While the market may now be saturated with these films, it is not a new phenomenon. Comic books and Graphic Novels have been inspiring filmmakers for decades. Not every comic book deals with someone getting an accidental overdose of radiation in a strange way, which leads them to don some killer spandex. Many comic books cover crime, fantasy, and science fiction as well as true stories.

This list compiles ten examples of movies you probably didn’t know were based on comic books with a sample of how the two media differ. 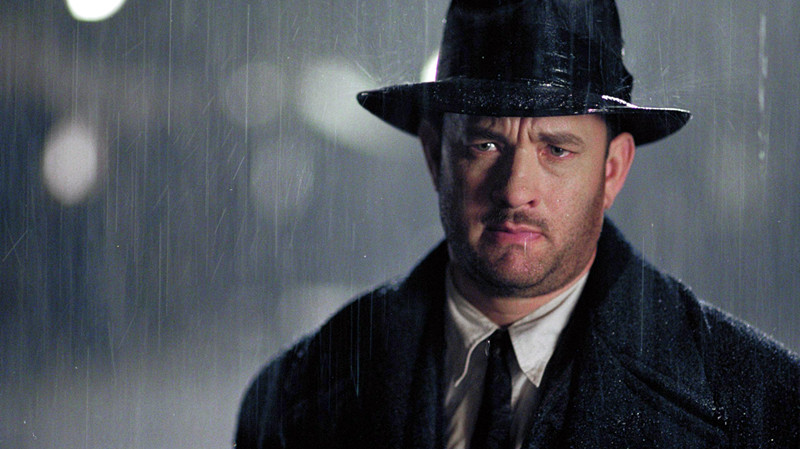 The story follows Michael O’Sullivan, an enforcer for a crime syndicate during the Great Depression. He is betrayed by those he works for and is forced to flee with his son, Michael Jr., as he seeks revenge. It is loosely based on real-life gangster John Patrick Looney who eventually lost his son to a rival lieutenant in the Illinois crime family he fled.

The books are a really great read and it’s very interesting to explore the ones written that weren’t used for the film. The second book follows the same timeline, but covers different events. The third covers the adult life of Michael O’Sullivan Jr. following his service during World War II. He returns to the States and gets involved in organized crime to seek revenge upon those who wronged his father. The final book deals with Jr.’s son of the same name after his return from the Vietnam War.

The film was enjoyable and well-acted by Tom Hanks, but you should check out the books as well so you can get the whole story.

2. A History of Violence

David Cronenberg took a stab at adapting A History of Violence in 2005 from the graphic novel of the same name. The comic was published by Paradox Press (Vertigo/DC) in 1997 by John Wagner with art by Vince Locke. The graphic novel comprises nearly 290 pages and differs in some ways from the film adaptation.

The first half of the film is almost identical to the book. Cafe owner, Tom McKenna, thwarts a robbery and is made a national hero on television, which draws the attention of some mafia hitmen who come to the small town to out the man they know to be Joey. Once this plays out, the story differs considerably though it follows the same theme.

Joey was involved in a great heist with his friend Richie who gave him up to the men who tortured and killed him. Joey was able to leave New York City for a new life with a new name.

When the story picks up in the second half, Tom/Joey returns to New York and meets with the son of the crime boss he and Richie killed in the heist. He learns that Richie was never killed, but was constantly tortured for the past 20 years and is still alive… somewhat. A final confrontation ensues between Tom/Joey and the crime boss to a similar conclusion shown in the film.

This book is an excellent read for fans of crime and action. The film did a great job in capturing the premise of the books, but given the differing plots, you should definitely read the graphic novel so you can get the whole story as intended by Wagner.

James O’Barr’s The Crow was published by Caliber Press in 1989 comprising four issues. The film is loosely adapted from these four issues as well as several other comics published between 1988 and 1990 depicting the character of The Crow.

In the movie, Eric Draven is killed and his fiancé is raped and murdered due to her complaint about a housing issue. One year later, Draven is awakened by a crow and given powers of near-invulnerability so that he can exact vengeance upon the scum who killed him and his fiancé, Shelly. Sadly, the main actor, Brandon Lee, was killed in an accident on set.

The comics were separated into four issues titled “Pain”, “Fear,” “Irony,” and “Despair.” The Crow takes his vengeance upon the men who killed him, most of which have the names that were later used in the film: Tin Tin, Tom Tom, Funboy, T-Bird, and Top Dollar. He is relentless in his pursuit of vengeance and is driven by nothing else.

The style of artwork was relatively unique for comics of the time and the film was able to capture this rather well through both set design and the use of costumes and makeup. There were numerous stories published about the character of The Crow using different people brought back to life to gain vengeance on those who killed them. 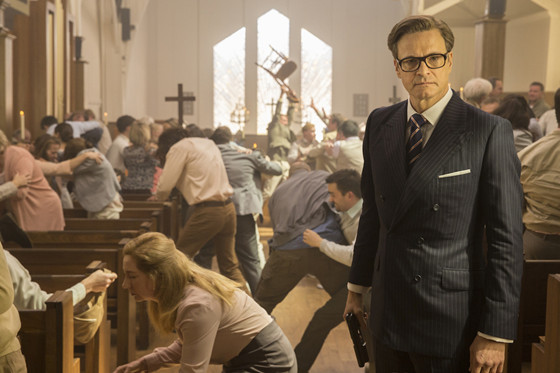 The series comprised six issues and inspired the movie, which is only loosely based on the books. While the comics pay homage to the works of Ian Fleming and his creation James Bond as well as other super-spy thrillers, the film only takes the basic premise of the books and uses different characters and situations to tell the story.

The comics open on Mark Hamill who is held in a cabin in Switzerland by terrorists. A British Secret Service agent (Think James Bond-type) arrives to rescue Hamill, but the two die in the escape.

As this is being discussed back at MI6, it is revealed that it is only one in a string of similar cases involving celebrities. Jack London, an agent for MI6, learns of this prior to meeting with his sister to bail his nephew, Gary, out of a legal jam. Seeing Gary’s potential, London recruits him into the secret agent game and take him to be trained.

After some hiccups in training, Gary proves himself and finally comes under Jack’s wing. The two go on missions together until Jack is killed after being shot in the eye. Gary returns to his mentor who attempts to recruit him into a shadow/rogue spy network, which helps to push the story to its eventual final showdown and conclusion.

If you have seen the film, you know that the two properties differ greatly, but the comics should not be discarded. Mark Millar is an incredible storyteller who gave the world the likes of Kick Ass and Wanted, both of which have also been adapted into film.

The 1997 film Men in Black was based off of the comics “The Men in Black” published by Aircel Comics (Malibu/Marvel) in 1990. Originally penned as a three issue miniseries with another three following it, the comics share only some small elements with the film.

In The Men in Black, the titular ‘men’ are part of an international espionage organization that, like the film version, monitors certain activities on Earth. Of course, the comic version is more concerned with the likes of demons, zombies, werewolves, and any other sort of legendary creatures that might inhabit the planet unbeknownst to the general public. Yes, they also monitor alien activity as well, but the comic MiB cover the gamut of evildoers the world-over.

There are some storyline and character similarities between the movies and comics. Members of the MiB are forced to sever all ties from their former lives and are considered not to exist. They conduct operations in whichever manner is necessary and blank people’s memories with a neuralyzer whenever necessary. Sometimes, the MiB don’t bother with a neuralyzer and kill witnesses to keep them quiet, which makes the comics a bit more violent and less family-friendly than the movies.

The organization in the comics is somewhat more nefarious than the one depicted in the film. As the comics play out, you learn that the MiB plans to reshape the world in their own image using the neuralyzer technology and other means to keep the paranormal activity on planet Earth a secret.