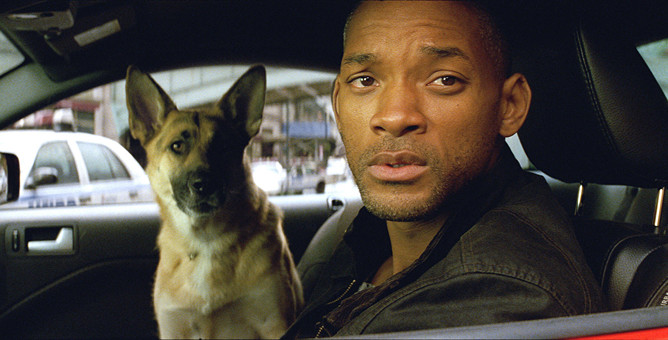 Have you ever got your hopes up for a movie only to be sorely disappointed? Ever theorised in your head just how great ‘that film’ could be only to be let down by the finished product? Given how many films we’re churning out a year these days, it’s no wonder that many seem ‘unpolished’ or unable to really match the potential they seemed to show when you first heard of them.

Maybe we’re being cynical. Maybe the ideas in our heads are terrible and of course, the trained expert script writer knows best. Maybe. Or perhaps somewhere along the way it lost sight of its original premise and fell under the weight of it all.

It’s easy to lay blame: The writers got it wrong, the director’s vision didn’t work, the cast was terrible. We’re not looking to do that here. We’re not even saying these are ‘bad’ films (If I’m being honest 6 out of 10 of them making my ‘Guilty Pleasure’ viewing list of films I can just kick back, relax and watch over and over).

What we’re saying is ‘Maybe there’s more to this…’. Perhaps it wasn’t quite done right the first time or perhaps it was perfectly well executed but given its premise had potential to be something very different in its own right.

In this list, we look at ten films that really fell short of their premises but had the potential to be truly great. 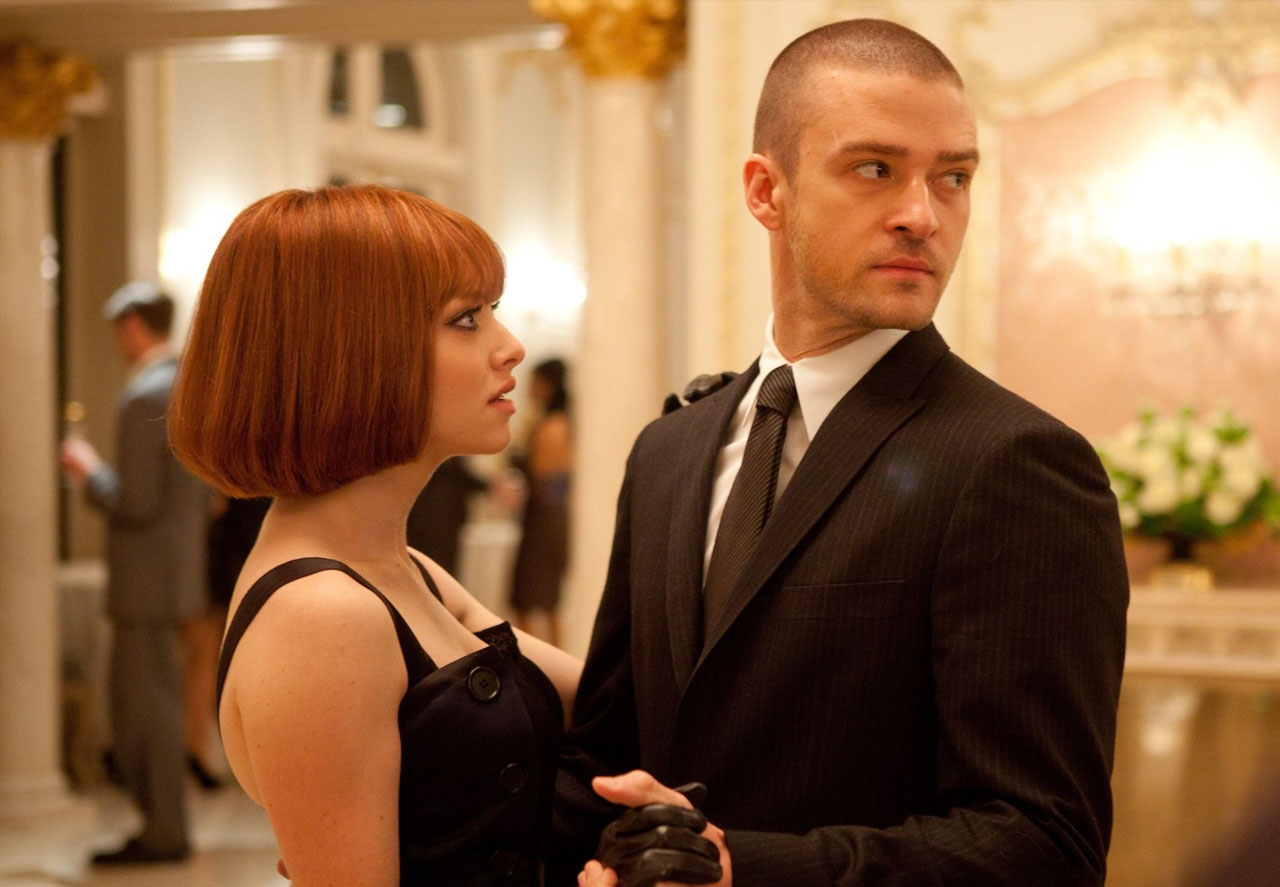 Taken at its concept: we use time as money, and the rich hold time – this is a fantastic film waiting to be made. Picture the artistry of Blade Runner and imagine if you will a film in which our protagonist investigates the time theft (as committed by Justin Timberlakes character in this film).

Every step, every new discovery in the case making him question the society he works so hard to protect. A thrilling sci-fi noir this should have been. There are some great elements to it.

The wondrously disgusting nature of a character introducing us to his daughter who for all account is the same age as him and his wife now, makes it both chillingly creepy and thought provoking, but alas moments like these are too few in the film. Time is our greatest currency – and this premise is so increasingly relevant to us. We have limited time, what have you done with yours?

At first glance, a character who can teleport anywhere – lets leave aside any Nightcrawler comparisons – seems like a rather basic and simple concept. I watched the trailer for this and thought, well that looks ‘ok’, clearly targeted for that teen audience which I was at the time, but lacking any sense of complexity. Then I watched the trailer again. This time I noticed a scene where his father comes to the son’s door and begs the now adult son to come out.

It then hit me. What if, despite his ability to teleport anywhere, to ‘escape’, he still ‘lived’ (or at the very least slept) in his old childhood bedroom. He’s locked his father out, but he can’t let go either. He travels the world, he meets gorgeous women, he is free…except mentally and emotionally he’s not. Wow, I thought, this could really be a great premise.

The idea that freedom doesn’t make us free, that freedom is within us and how despite all his powers, he just faces new variations of the challenges we all face – it really opened my eyes to what this film could be. Unfortunately, none of that came to pass. The premise, still holds potential – Where would you go? What would you do? Who would you be? And, would you really be free?

I wanted to love this. I told everyone, this could be our generation’s Dune, a sprawling epic not bound by the family friendly audience of Star Wars and Star Trek, with wonderfully complex narratives and equally as gorgeous sceneries and designs. Sadly, this turned out to be our generation’s Dune, a film so confusing and understood by so few that to like it makes you feel almost apologetic.

Its premise is solid – a touch of Soylent Green to it but nonetheless a Human Harvesting society that rules with a sprawling intergalactic network, immortality, eternal youth, ‘monsters’ and the like, and the classic ‘space princess’ all make appearances. In fact the biggest problem here is that it’s just a single film trying to explain and fit everything into itself.

Remember, the first Star Wars explained very little (what’s a Sith? Galactic Senate? Who is the emperor? Does he have a name? Favourite colour?) and in fact was a single isolated ‘battle’ (yes, they blew up a Death Star but really, it came to them) in a much larger built world.

With Jupiter Ascending, everything comes at you far too quickly, and as soon as you’ve met someone, they’re explained and we move on. It never stops to breathe and as such is an over simplified and overlooked premise that if handled at a better pace could have really matched the incredible designs and built world that the director siblings clearly envisioned.

Ryan Reynolds, in a box, for 90 minutes. Go. It doesn’t get any simpler than this. A fantastic premise in the vein of ‘single location films’ – something Phone Booth obviously did very well with, but here the location is even smaller and to the credit of everyone involved it never, ever, leaves that coffin of a location.

The cinematography is gorgeously creative and to his credit, Ryan Reynolds does a decent job of holding your attention. Unfortunately, the concept simply doesn’t have legs for 90 minutes of run time. A great short film, but a mediocre feature film – ‘Watch it and learn from it’ or ‘Well, it’s interesting’ instead of ‘It’s a great film’ will be recurring comments on it – the premise of a man buried alive though, once we leave the ‘single location’ stitch, is fantastic.

Envision ‘Buried’ meets ‘Gone Girl’ and you start to get an idea on how the tension here could work with a dark manipulative and twist laden thriller to produce something that would have you on the edge of your seats. 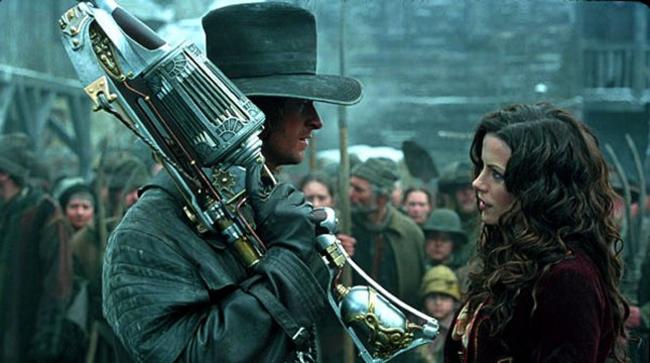 An interesting take on the original ‘vampire hunter’ (Professor Van Helsing in the source material), this was a film I thoroughly enjoyed as a popcorn flick. Unfortunately, like many actually well developed vampire mythology franchises – and yes I count the Underworld franchise as well developed mythos – the final film is a very ‘fun romp’ as opposed to something more in keeping with the tone of the subject matter.

Frankenstein’s monster is given life, something Dracula desperately wants to be able to do (and give life to his children/spawn). That alone, is a great premise. The ‘key’ to this, the Monster, just wants to be left alone but is hunted by humans who want to destroy him and vampires who want to use him.

Throw in ‘An ancient family guards the lands near Dracula’s castle, descendant of werewolves – the only thing capable of truly hurting vampires, and a mysterious ancient hunter is arrives – sent by the vatican itself, he carries with him an unknown link to Dracula himself’.

Everything about this begs to be less theatrical than the film we ended up with, and the effects needed to be less comical as well. Forget ‘Dracula Untold’ or any ‘monster movie mashup’, done right, the story within Van Helsing has the potential to really ignite a franchise and bring back a true sense of analogy and depth to the ‘Monster’ films.