Some say there isn’t a fictional story that hasn’t happened first, in some way, in real life. From the union of world armies to fight against an evil regime (Lord of the Rings) to the complex interactions between Parisians and immigrants in 21st century France (Code Unknown), it is possible to find an example throughout all genres.

So, if art is mostly based on reality, finding interesting true stories to adapt must be the easiest thing ever, right? Well, actually, it is. The Wolf of Wall Street is a good example of an accurate and fun adaptation of real life. It stays faithful to its source material while managing to entertain audiences, just like any other film.

Sadly, for certain folks, the “based on a true story” label is more like a meaningless phrase directors put at the beginning of a movie to get Academy Awards nominations. This then makes us wonder why they don’t just make a fictional movie about the story they’re interested in instead of taking the names of real people and improvising the rest, implying that what we’re seeing are the actual facts.

Here are some movies that claim to portray lives of real humans, when they are actually far from it. 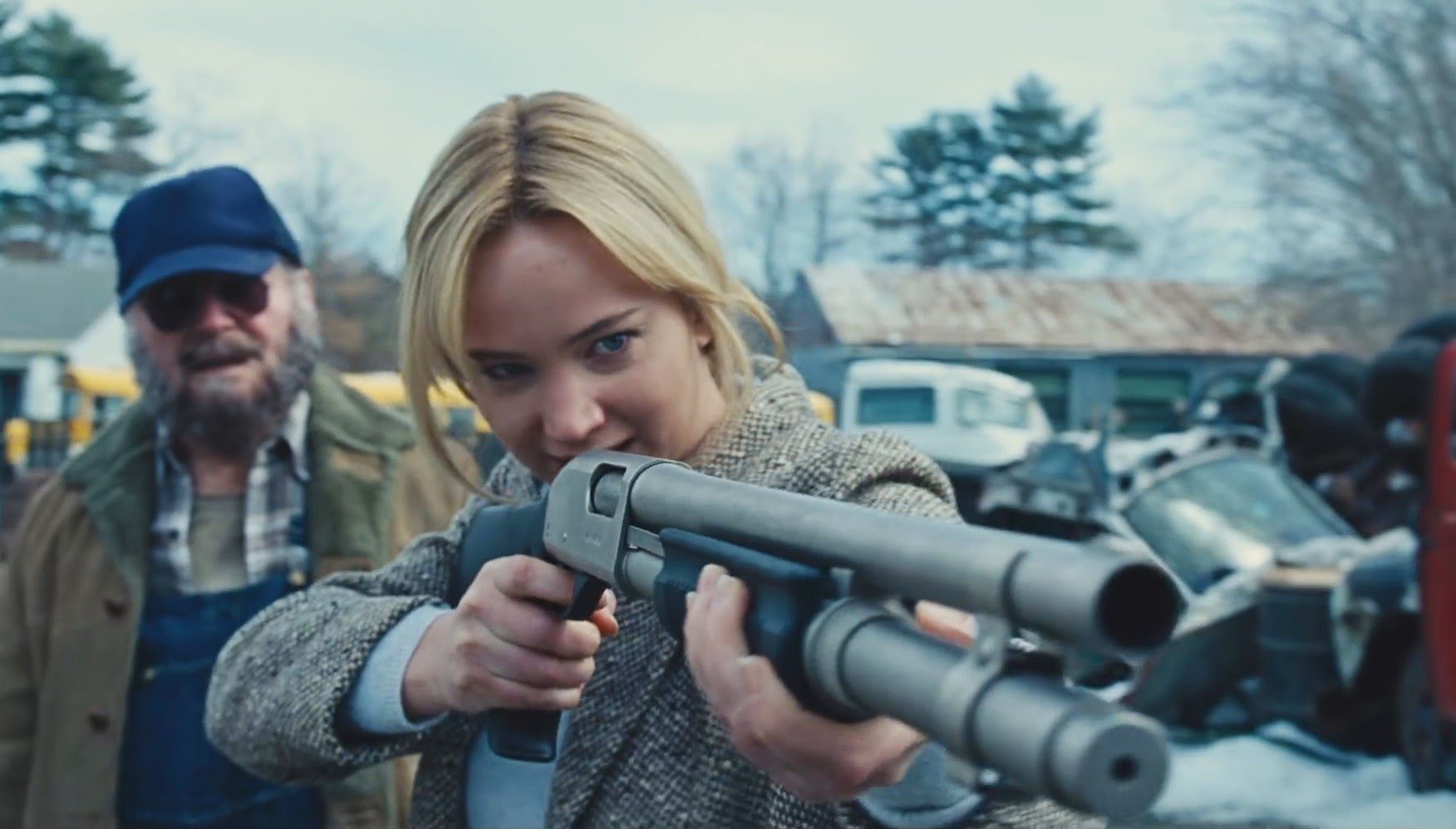 The Movie Story: Joy has been a brilliant woman since she was a little girl and as creative as a child can be. Fast forward to her 20s and she’s, sadly, working at a cheap airline and living with her obnoxious mom who watches TV all day. She is divorced, has two kids, and couldn’t go to college because she had to help her parents who were going through a divorce and having economic problems. Also, her handsome, Venezuelan singer ex-husband lives in her basement, for some reason.

Suddenly, Joy has the brilliant idea of inventing a self-wringing mop. She will have to overcome an endless storm of difficulties to earn enough money to provide for her kids.

The Real Story: Joy Mangano did invent the “Miracle Mop” and had to sell it herself on national television. And that’s about it.

Real-life Joy graduated from Pace University as a business major. Her husband was a fellow student and they had three kids. After the divorce, she moved to a small house with her children. Joy soon invented the mop that would alleviate her economic issues. It worked wonderfully; then she started her own company and now owns hundreds of patents.

None of the film’s over-the-top drama was present in real Joy’s life. Her half-sister (a key part of the various plot devices included by writer/director David O. Russell) didn’t even exist. The real Joy didn’t go through hell in order to sell her product. She basically solved all her financial problems the day she started manufacturing the mop. 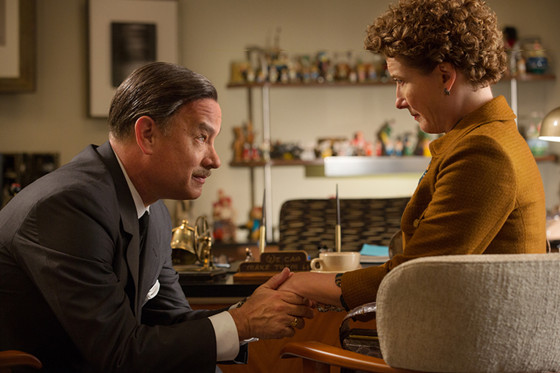 The Movie Story: P. L. Travers (the reclusive writer of Mary Poppins) flies to L.A. so she can decide if she will sell the film rights of her precious novel to Walt Disney. She wants to supervise every aspect of the possible film in order to protect the story from being dumbed down.

The writer spends her hours saying no to everything the screenwriters propose, just agreeing on certain details after Tom Hanks’ Disney approaches. (Hanks basically played himself, aka a charming 40 year old guy whom everyone feels confident about.) But, after sharing some common traumatic experiences, Walt convinces her to give up the rights. Travers sheds tears of happiness at the premiere, setting her beloved character free.

The Real Story: There wasn’t really much conflict between the screenwriters and Travers, given the fact that she had already given up the rights. She decided to go to L.A. to consult on the already-written script. Sadly, sweet Walt also didn’t open his heart and relay his childhood traumas, as in the film, to convince her to let him do the movie.

Disney didn’t stay around to lure her either. The film was green-lighted, so he was making arrangements for the production. He was the president of the company- presidents don’t convince other people with kind words. They have workers on the payroll to do that, called pawns.

At the premiere, real Travers cried in anger, due to what she believed was a terrible adaptation of her book. She asked Disney to cut entire sequences out of the movie, to which he responded “Pam, the ship has sailed.”

The Movie Story: Matthew McConaughey is a cool rodeo cowboy who has sex with women in filthy stables. He gets AIDS (for obvious reasons) and starts to sell hard-to-get medications to control the HIV virus, after being in denial about his condition for a while.

He befriends a trans woman and Jennifer Garner dressed as a doctor. They both help him, in various ways, for his business to succeed.

The Real Story: McConaughey’s character (Ronald Woodroof) wasn’t a rodeo cowboy. He liked the sport, but he never practiced it.

Both Jared Leto and Jennifer Garner’s personas were as real as Leto’s boobs in the film. The screenwriters created them so they could explore LGBT issues and…employ Jennifer Garner? Ronald Woodroof had a daughter and a sister that are never mentioned in the movie, because obviously casual friends are more important than family.

The Movie Story: Tom Hanks plays Richard Phillips, a ship captain whose leadership is beyond question. If the boat he’s in charge of were the White House, he would be the president.

Somali pirates kidnap the ship, but Phillips, with his fearless leader skills, manages to negotiate the crew’s freedom. The criminals then take him instead as a hostage and ask for a rescue.

The Real Story: The real life crew that was under Phillips’ command that unfortunate day tell a different story. They claim their captain behaved in a selfish and uncaring way. This group of sailors sued their employers for 50 million dollars, claiming Phillips’ disregard for his crew’s safety contributed to the attack.

Captain Philips even refused to follow the anti-pirate protocol and didn’t care about safety procedures. Ships were warned to stay at least 600 miles from the dangerous Somali coast, with the crew claiming they were barely at 235 miles when the events occurred.

One of the sailors, Mike Perry, is said to have attacked one of the pirates to use him as bargain to gain Phillips’ liberation. The film must have been called “Chief Engineer Perry” instead. But, we must admit it isn’t as catchy. 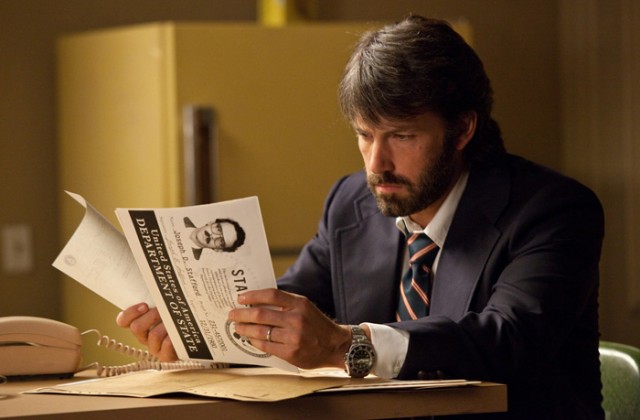 The Movie Story: Tony Mendez (Ben Affleck) uses his CIA skills to singlehandedly get six Americans out of a conflicted Iran. He poses as a movie producer, scouting for locations in Tehran. The guys he’s come to rescue play as his crew. They go looking for locations around the city and nearly get massacred by a mob of angry American haters.

When they’re finally going to the airport, their plane tickets need to be checked several times by Iranian military. Our heroes enter the plane safely, until the soldiers notice something strange on their tickets and chase them down the runway, shooting at the plane with machine guns. However, the plane is able to take off towards freedom.

Affleck eliminated the other agent who accompanied Mendez to Iran from his version of the events, maybe to get more lines and screen time. They did posed as movie producers, with articles about the fake movie in Variety and other famous publications, but they never went to scout locations in the middle of an American-hating Tehran. That would be foolish.

Waiting around playing games and drinking in the house the Canadians set up for them was all the Americans did. The only drama they really had were a few scares with locals noticing their not-Iranian faces.

When the crew went to the airport, they made the intelligent move of booking the earliest flight home; the military would be asleep at that time. So they just went through the checkpoints like a bird goes through a cloud.

There wasn’t any anxious waiting or ending shootout. In real life, the Canadians did most of the work and were only honored because the CIA wanted to hide their participation in the operation. The director decided to take revenge on that fact by omitting most of the Canadians’ actions to make it an all-American win. America! Fuck yeah! (I guess.)