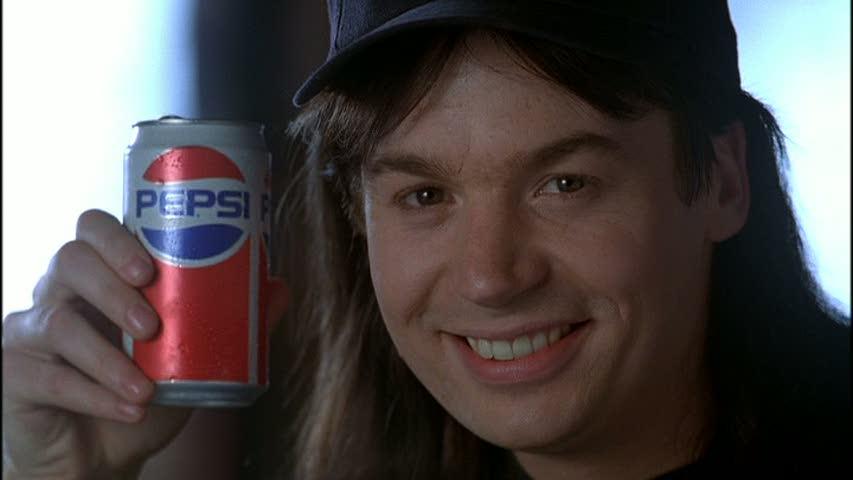 We can easily identify the specific moment Mike Myers lost all his credibility: The day The Love Guru was released in 2008. After that, he had no Hollywood career at all: Expect for that cameo in Inglorious Basterds and directing the documentary Supermensch: The Legend of Shep Gordon. Gordon is a rock music manager who became friends with Myers after their negotiation over what song by Alice Cooper, Gordon’s longest-standing client, that he could use in Wayne’s World.

Who thought a single movie can destroy a career built on such iconic original roles (Wayne Campbell, Shrek, Austin Powers.. ) ?

How can he rise again: The quick recovery is predictable: a fifth Shrek or a fourth Austin Powers. But the talented and funny guy he is can dig for more: He can create a whole new character based on today pop-culture as a blank canvas (just like what he did with Wayne’s World), and make us forget how awful The Love Guru was. 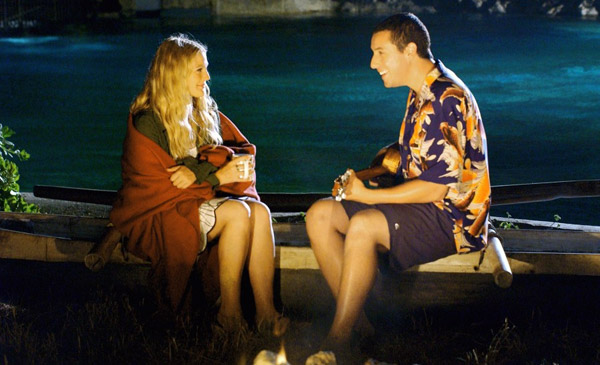 Before 2012, the critics could tear Adam Sandler’s releases apart, it didn’t matter: because they were commercially successful and studios can rely on him for some regular attractive comedies.

But after that, a series of underperforming movies (That’s My Boy, Blended, Pixels) challenged his reputation as a solid summer blockbuster player. Even his attempts into more deep and significant movies like The Cobbler or Jason Reitman’s Men, Women & Children failed to give him the credit for a serious actor.

His work on both Hotel Transylvania’s animated movies remains alimentary more than anything.

How can he rise again: One good thing about Sandler is that he has such a good work ethic that few could refuse working with him: How many actors/producers in Hollywood can brag about working with Christopher Walken, Al Pacino, Dustin Hoffman and Nick Nolte within a few years?

His Netflix 4 movies deal seemed like a good idea for a start. Two movies later (the Do Over and Ridiculous Six), any hope of getting back at top is abandoned. Adam Sandler, like many comedians of his generations, needs to step out of his comfort zone and try a whole new set of comedy that can seduce new generations of moviegoers (Steve Martin and Will Ferrell are timeless because they have this ability).

And for anyone who have seen and loved Punch Drunk Love, We know the potential he had to improve himself more as a dramatic actor (His next movie directed by the acclaimed director Noah Baumbach could be a start).

On March 23rd, 2003, history was made: Adrien Brody became the youngest actor to ever win an academy award for best actor, making that event even triumphal since his opponents were Daniel Day Lewis, Jack Nicholson, Nicolas Cage and Michael Caine.

The world was at his feet, but what followed was a varied filmography composed by quality labeled movies (The Village, Hollywoodland, Cadillac Records…), blockbusters (King Kong), Wes Anderson movies (The Darjeeling Limited, Fantastic Mr Fox and Grand Bupadest Hotel) even foreign movies (the Portuguese Inappropriate comedy, the Chinese Dragon Blade and the Turkish American Heist among many), and TV shows (Houdini) or Direct-To-Video movies (like the recent BackTrack).

Adrien Brody isn’t on the “Where are they now” list for sure, but his work fails to impact or even appeals to audiences or critics.

How can he rise again: His talent cannot be contested by any casting director, but Brody is only good and impressive if a great director is involved: Spike Lee for Summer of Sam, Polanski for the Pianist, Wes Anderson, Woody Allen (The “I see a rhinoceros” scene is a highlight in Midnight in Paris).

He can regain his reputation by associating his name with even bigger names, even if it means sacrificing protagonist roles. Following the leads of Ed Harris, Jeremy Irons, Robert Duvall or Jon Voight can lead him straight to a second academy award, with no record this time, but the cheers will be present.

Uma Thurman could be resumed in three words: “Quentin Tarantino Muse”. Back in the 90’s, her face was in every bedroom wall, and in the early 2000’s she brought back the yellow tracksuit into fashion, all that thanks to QT two masterpieces: Pulp Fiction and Kill Bill Vol.1 and Vol.2.

But to do her justice, she is a skilled and accomplished actress who can do well in James Ivory (The Golden Cirle) and John Woo (Paycheck) universes… She can be as praised and acclaimed as in Gattaca or lose big like in Batman & Robin or the Avengers (No, not the one with Shawarma , the other one).

After changing our lives being Beatrix Kiddo, she strangely opted for a different type of movies: Rom-Com and familiar dramas. What came next was a wreck; we had An Extraordinary Husband, Life Before Her Eyes, Motherhood, Prime, My Super Ex-Girlfriend…. Instead of becoming the Sigourney Weaver type of actresses, she went to be the one producers call when Sarah Jessica Parker is busy.

How can she rise again: Those last years, Hollywood is fond of strong badass women avatars like Furiosa , Ilsa Fauslt or Gina Carano/Ronda Rousey flicks. Like Zellweger with comedies, Uma Thurman could convert again into the action/sci-fi genres.

Add to that, no one is against seeing her teaming against with Quentin Tarantino, after all, she is his muse.

Halle Berry’s career is heteroclite in different ways: She won an Oscar and has an action figure with her face on (Storm for X-Men Saga and…. Catwoman?), she is a James Bond girl and a cheered performer (Things We Lost in Fire, Frankie & Alice, Cloud Atlas….). She suffered from that post-Oscar syndrome where career took a hit (Hillary Swank is a bold example).

Lately, she took fewer contracts (most of them are commercial like The Call and Dark Tides) and applied herself to the two-season tv-show Extant.

But now that the experiment produced by Mr. Spielberg himself has ended and crossed of her bucket list, she may get back on signing more and more movies to continue exploring the depth of her many talents and her beauty.

How can she rise again: Being involved in the much awaited sequel “Kingsman: The Golden Circle” with that eye pleasing crowd is certainly a wise move. She is always comfortable and more rentable in all star cast, especially when mixing it to action and fun.

As long as she doesn’t do another Catwoman, her comeback should be a balance between prestige movies and commercial ensemble movies.