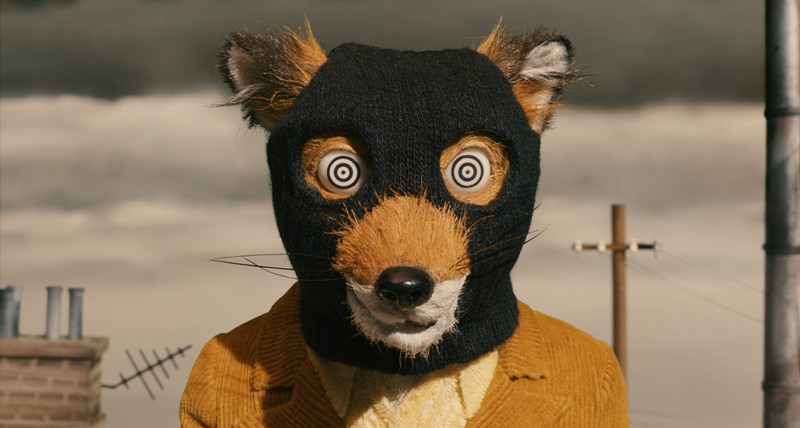 This technique has been used since the dawn of cinema to bring objects to life and manufacture magical worlds. Before the days of CGI, it was a primary way to produce special effects, in classics from King Kong, to Jason and the Argonauts, to Star Wars. It’s called stop-motion.

It’s rumored that the legendary cinema pioneer Georges Melies accidentally discovered it when his camera jammed once, and upon restarting it he noticed how everything slightly changed. Soon after, stop-motion films began appearing in Europe. What started as a novelty turned into an art form when artists with unique skill and vision began making their films utilizing it.

Most commonly, it’s associated with puppet, but over the course of cinema development other mediums were used as well-figures made of clay (claymation), puppetoons (ready-made figurines), silhouettes. The final results are often fascinating, but the process is traditionally painstaking.

To make the character move, the filmmaker has to take a picture, adjust the figure, take another, and so on. As there are 24 frames in a second of film, it can take hours to shoot each second. That’s especially true for more advanced works, with multiple characters.

With the advent of CGI, stop-motion is considered passé. But it’s still alive and well, with new interesting works coming out almost every year. Much like each painter has a unique brush stroke, each animator creates a uniquely looking work, as the creation of characters and scenes is literally a hands-on experience here.

This list consists of a variety of films made using stop-motion, and was compiled in order to best illustrate this unique art form. 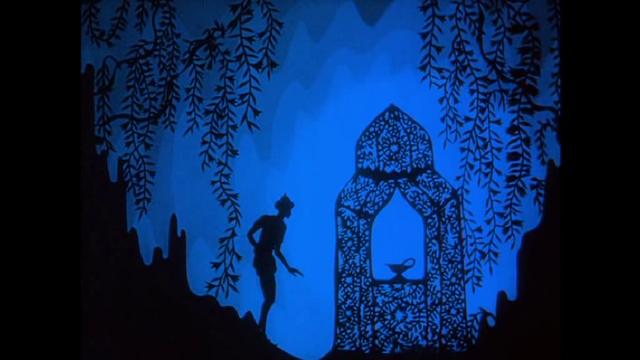 Recognized as the first animated feature ever made, this silhouette marvel has retained its capacity to enchant and mesmerize. The cutout puppets resemble those of Chinese shadow theatre, but the technique used to bring them to life is stop-motion.

With the help of the legendary avant-garde filmmaker Walter Ruttman and another original and highly creative animator, Bertold Bartosch, Reiniger created a fantastic tale that combined the stories of Prince Achmed and Aladdin from “1,001 Nights” into a kaleidoscopic adventure with flying horses, raging elements, grotesque demons, and magical backgrounds. The changing color tints and depth of background still looks impressive today.

Other works: Lotte Reiniger only made shorts for the duration of her long career, most in the same silhouette style. Of those, the most impressive are Papageno (1935), The Frog Prince (1961), Aucassin and Nicolette (1975). 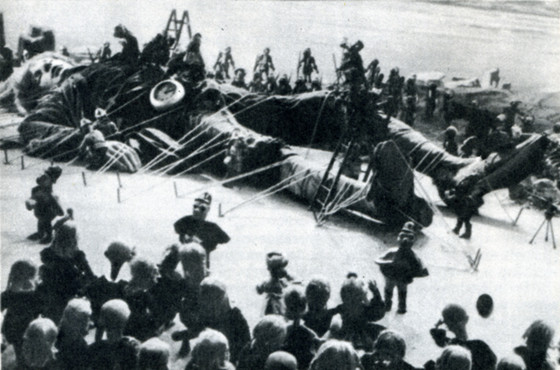 This film is ripe for rediscovery as a cult classic. A mid-30’s Soviet reimagining of the Gulliver stories, it has a typical Communist kid dream of himself as a Gulliver in the land of the reactionary Lilliputian monarchy. The hero is played by the real child actor, but is surrounded with a cast of thousands of puppet Lilliputians.

The Lilliputian land is filled with dozens of hilarious anachronisms-the nobility is dressed in wigs and XVIIIth century clothes but rides in limousines, the soldiers wear medieval armor but also have tanks and gas masks. Of hilarious note is the song “My Little Lilliput Girl”, performed as a parody of bourgeoisie culture. The film is a dazzling mix of advanced (for its time) stop-motion, political propaganda, fantasy, and sci-fi.

Other works: Ptushko is legendary in Russia as the director of fairy-tale films, most of the live-action. Of a special note is he production design and creation of fantastic creatures for a cult horror Viy (1967). 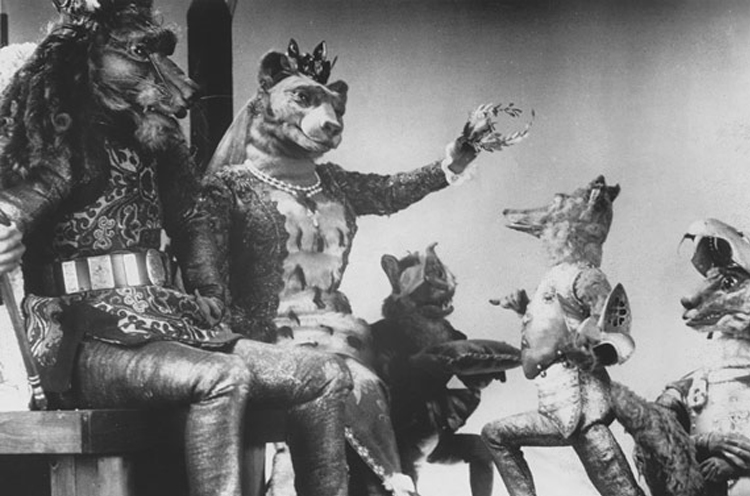 The original fantastic fox. The first puppet feature ever made, by the artist who virtually created and enormously popularized the technique. Though completed in 1930, its release was delayed due to technic problems associated with transition to sound and funding.

Taking Goethe’s adaptation of the medieval legend as the source, Starevich created a world of talking human-like animals that still amazes. For facial expressions, for instance, he used sometimes hundreds of tiny masks. It works-the puppets come to life.

Other works: Starevich was one of the inventors of puppet animation, and has many original works that are still rewarding. To mention a few : Cameramen’s Revenge (1911), The Insects Christmas (1912), The Frogs Who Wanted a King (1922), Fetiche (1933). 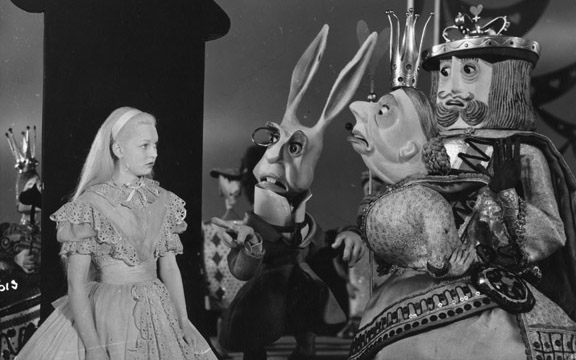 This adaptation of Carroll’s legendary work is an artistic curio that suffered from shaky distribution. Made in Britain, its release was sabotaged by a lawsuit from Disney Studios, which were releasing their own animated version at the time. That contributed to this interesting film sinking into obscurity. Undeservedly-it has much to offer.

Combining live actors with the Wonderland populated by puppets, it has a unique visual style. Puppets were created by a well-known artist and puppeteer Lou Bunin (whose prior experiences include marionettes and painting murals with Diego Rivera). The film was well-shot by Claude Renoir, the nephew of the legendary director.

First of several Czechs on this list. For a reason-surrealism in general, and puppetry in particular were and still are integral parts of Czech culture. Of the famous Czech puppeteers, Jiri Trnka is the first to achieve international recognition. He began as an illustrator and theatre set designer, though he’s been making puppets since childhood.

This adaptation of Hans Christian Andersen’s fairy tale is his first feature, and it won him international acclaim. Giving his Chinese puppets a porcelain-like look, and making all the sets himself as well, he created a unique and surreal world. 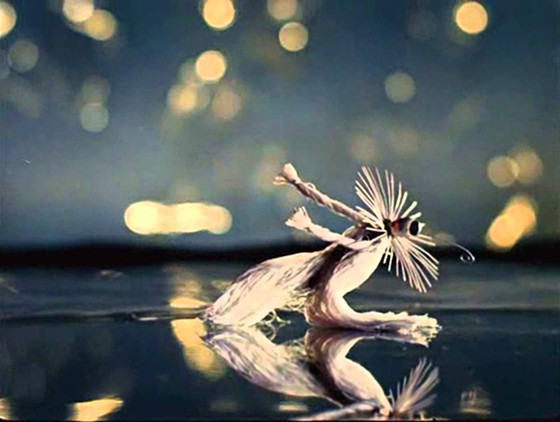 Another Czech master. This 10 min. short is a feel-good one, as Zeman uses glass figurines skating and allegorizing on shimmering ice surfaces. Glass, water, and ice tend to shine and shimmer when lit, and this one shines brightly.
Other works: many shorts, and a few very influential features (on Terry Gilliam and Wes Andersen, among others).

In features such as The Fabulous World of Jules Verne (1958), The Fabulous Baron Munchausen (1961), and Krabat (1977), Zeman uses cutouts and Victorian-era illustrations together with drawn animation and puppets to create unique worlds. 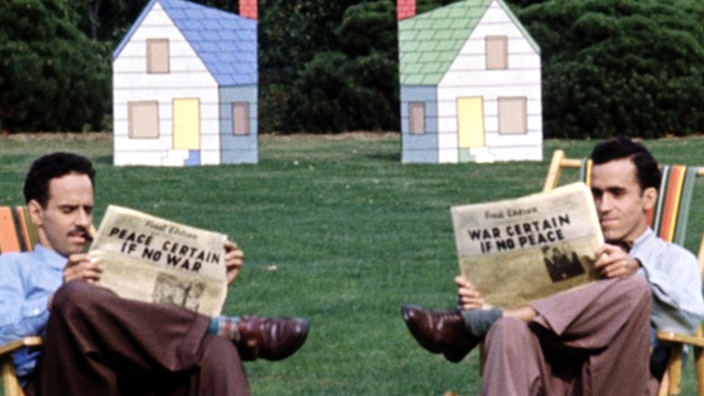 This 1952 Oscar-winner (for documentary!) uses stop-motion in an entirely different way-to animate human actors. This process is called pixilation, and it’s exactly as quirky as it sounds. Here, McLaren tells a cautionary anti-war story of two neighbors destroying each other over a flower that grows between their properties. Funny, poignant, strange.

Other works: Norman McLaren IS experimental animation. Over the course of his long career, in addition to establishing the animation program at the National Film Board of Canada, he made dozens of innovative and artistic shorts, with methods ranging from scratch on film, to pixilation, to optical printers, to stop-motion. A few musts: Begone Dull Care (1949), A Phantasy (1953), Blinkity Blank (1955), Pas de Deux (1968). 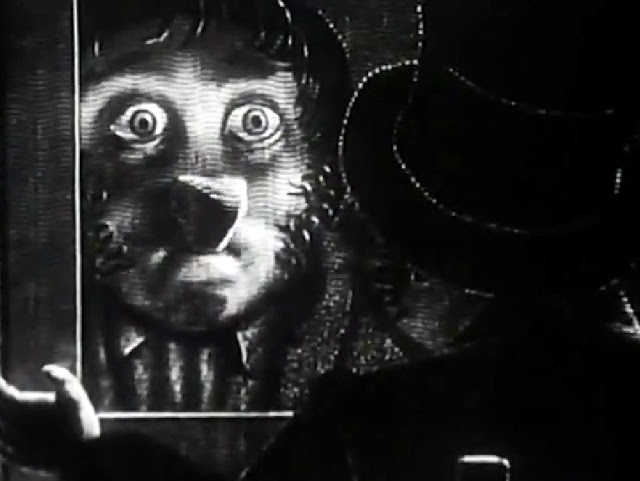 A different kind of stop-motion altogether, in fact almost a different art form. Alexeieff, a Russian-born French artist and illustrator par excellence, have created a device to make his haunting illustrations come to life. It’s called a pinscreen, and consists of a screen with hundreds of thousands of pins in it.

By pushing certain sections out and lighting them, Alexeieff was able to create animated films of incredible texture. The process is tedious, but the results are amazing to look at. This film is a 10 minute adaptation of Nikolai Gogol’s phantasmagoric story of a nose running away from its owner, and it looks like amazing series of illustrations that suddenly begin to move. A unique experience.

Other works: see all of them. Because of the painstaking work involved and the need to make income by doing graphic design, illustrations, and advertisement films, Alexeieff only made 5 shorts in his long career: Night on the Bald Mountain (1933), En passant (1943), Pictures at an Exhibition (1972), and Three Themes (1980), in addition to The Nose.

He also made pinscreen title sequences to Orson Welles’s The Trial, as well as several of the most achingly artistic advertisement films ever. See also Mindscape (1976) by the Canadian artist Jacques Drouin, which was made using the pinscreen. 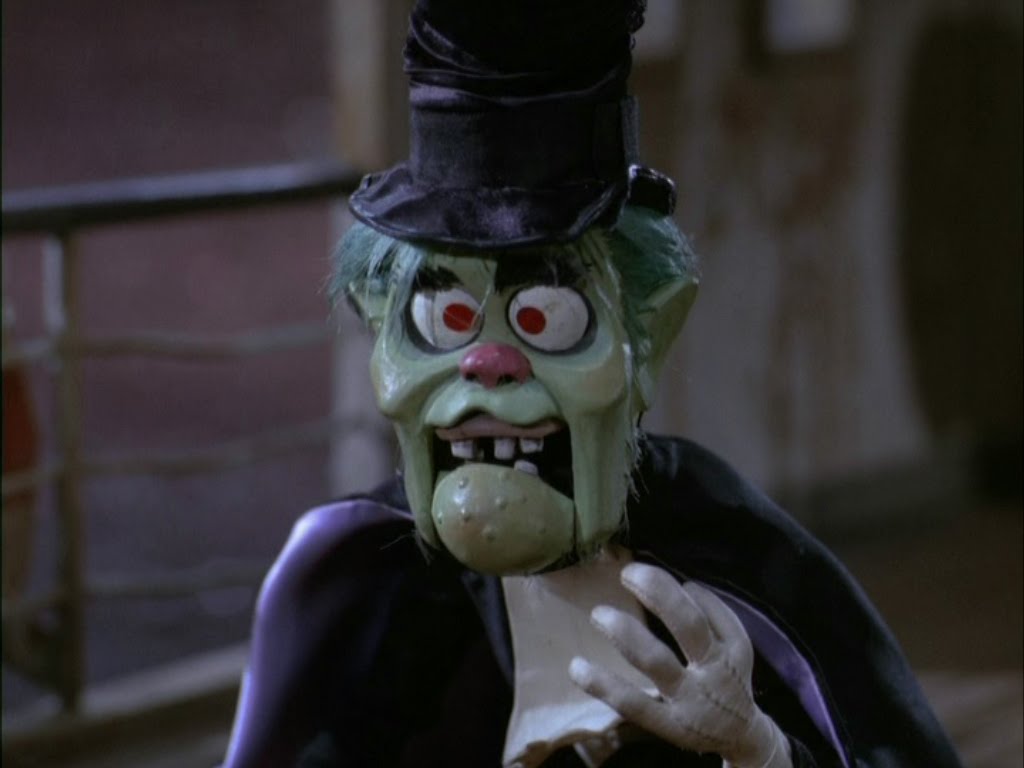 The Rankin/Bass used stop-motion to firmly occupy the holidays. Rudolf, Frosty, The Year Without Santa Clause-those need no introduction. With this feature, they take on Halloween. This being 1967, there is no short supply of psychedelia.

A true monster’s ball-retiring count Von Frankenstein throws a bash and invites who’s who of pop culture monsters-Frankenstein’s monster and his bride, Werewolf, Dracula, The Mummy, Quasimodo, The Invisible Man, Creature from the Black Lagoon-they’re all there, with an awesomely skeletal band providing the entertainment.

This film is considerably more sophisticated in design and execution than the Rankin/Bass TV specials (characters are a particular riot, thanks to the creative artistry of Mad Magazine cartoonist Jack Davis). Add to that the voice work of Phylis Diller and Boris Karloff. A lesser know production of the studio, but very influential and a true cult classic.

Other works: you won’t miss the specials even if you try. For features, see Willie McBean and his Magic Machine (1965), Hans Christian Andersen stories adaptation The Daydreamer (1966), as well as some of their drawn films-especially, The Last Unicorn. 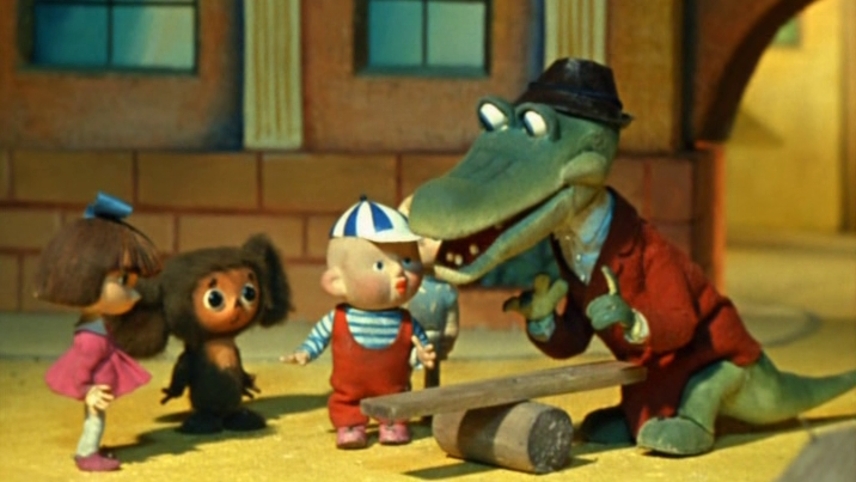 The popularity of the title character endures well beyond Russia (he’s huge in Japan), helped recently by it being the unofficial mascot of 2014 Winter Olympics.

This merchandise dynamo is a little creature resembling a walking koala bear with huge round ears. He is friends with Gena the crocodile (who works in a zoo… as a crocodile, and plays one mean accordion), and is usually opposed by the wonderfully antisocial and cantankerous old lady/hooligan Shapoklyak (though they usually make peace and even team up).

Together, they appear in 4 films made in Russia, as well as the Swedish TV series and recent Japanese and South Korean productions.

Other works: in addition to the four Cheburashka films, Kachanov made many more Russian animated classics. Of note are Mitten (1967), an inventive and heartwarming short, and an hour-long drawn animated film The Mystery of the Third Planet (1981), which dazzles to this day with psychedelic universes and fantastic creatures.