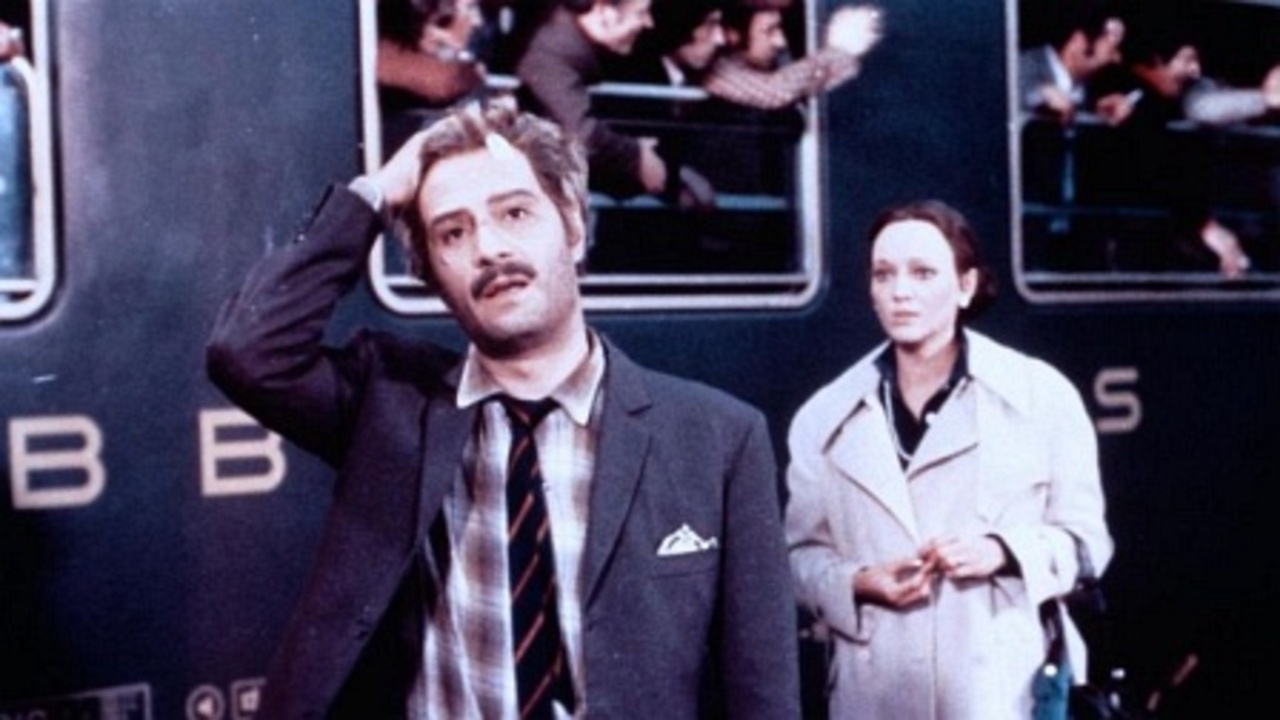 It’s a great comedy with all the characteristics that made Italian comedies such a great success with satirical remarks, discreet sexual innuendo and dramatic background. It’s not a laugh out loud comedy, but it’s definitely a typical Italian comedy starring the legendary Nino Manfredi, and is often described as representative of the Italian comedy-drama movies (Commedia All’italiana).

Nino Garofalo is just an unlucky man, who can’t get it right in anything he does. He is an Italian working in Switzerland as a “guest citizen” with a temporary visa, and has to have work so he can stay in Switzerland. In order not to be poor and live in misery, he surpasses all kinds of difficulties in Switzerland,a which just doesn’t seem to accept him. 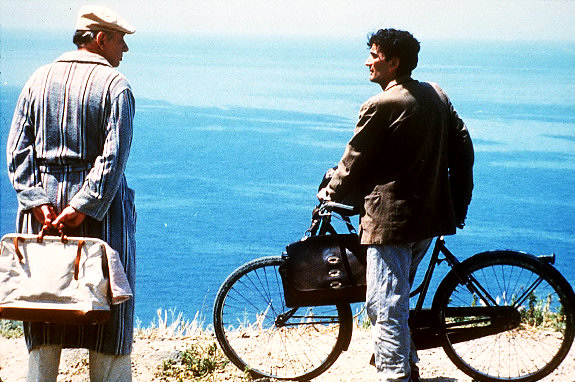 Nominated for several Academy Awards, “Il Postino” is a romantic-comedy, which presents a completely different spirit from most of the movies listed here. It’s a movie about friendship and love, but also about sorrow and disappointment. It’s so down in this list because of the very strong dramatic content presented in the movie.

Despite not being as obvious as in “La Vita è Bella”, for example, it truly contains a very sad side, which makes the viewer reflect more that it makes the viewer laugh. Still, it is an essential movie and it turned into a classic quite fast after its release. It’s a movie that never ceases to amaze me every time I watch it. It’s funny for its simplicity, it’s romantic for its sensuality and sentiment, and it’s sad for the heartbreaking reality it transports.

It has a magical side that, although being highlighted for its dramatic content, surprises the viewer for its simplicity and intelligence. The end of the movie is truly heartbreaking, and very much like the legacy it transports, it carries with it a very dark and tragic story. In reality, the main actor and writer, Massimo Troisi, died 12 hours after the filming had finished because he decided to postpone a crucial heart surgery, just to complete the filming of the movie. The plot itself accompanies this reality and builds a seemingly and expected tragic ending.

It tells the story of a fictional relationship built between Pablo Neruda and Mario Ruoppolo, a simple and sometimes “goofy” postman. Pablo Neruda travels to Italy to escape the Chilean dictatorial regime, in order to rest and live in solitude with his wife in a small village of Italy. 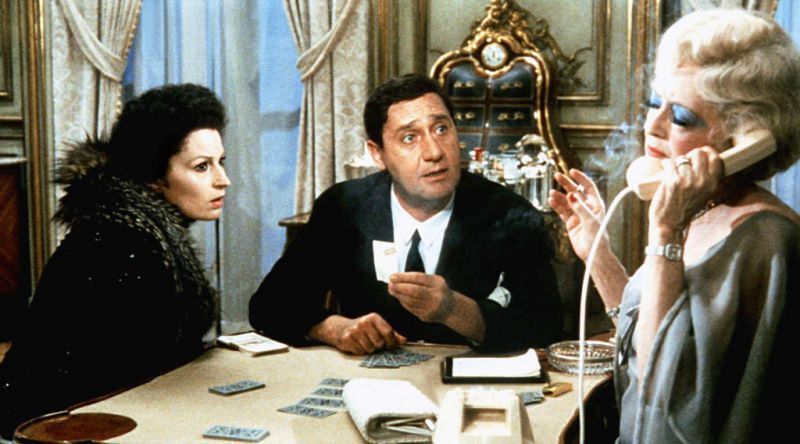 Starring the legendary Bette Davis, Joseph Cotten, Alberto Sordi and Silvana Mangano, “Lo Scopone Scientifico” was a highly promoted movie, mainly in the US, due to the participation of Bette Davis and Joseph Cotten.

Bette Davis plays a millionairess who has a certain obsession for card playing, mainly a specific one, Lo Scopone Scientifico. Every year she goes to Rome with her partner/chauffeur, George, to play with a very poor couple who lives in a clandestine hut with several neighbors. The couple, Peppino and Antonia, can’t win a single penny from her for over eight years. But it seems that this year their luck is about to change… or not.

Although a bit underrated and forgotten when talking about comedy movies, “Il Medico della Mutua” is one of those funny movies that people keep forgetting. Despite deviating from the golden-type of comedies that were being done in the 60s, this 1968 release appears as a more straightforward and direct output, withdrawing all the emotional bits or satirical perspectives that most movies had at the time.

It’s a Luigi Zampa release, co-written and performed by Alberto Sordi, who has here a great comedic performance and portrays a character that is very often dominated by his mother’s ambition. Sordi is Dr. Guido Tersilli, an ambitious doctor who wants to rise in the Italian healthcare system, but by the most corrupt and underhanded ways. 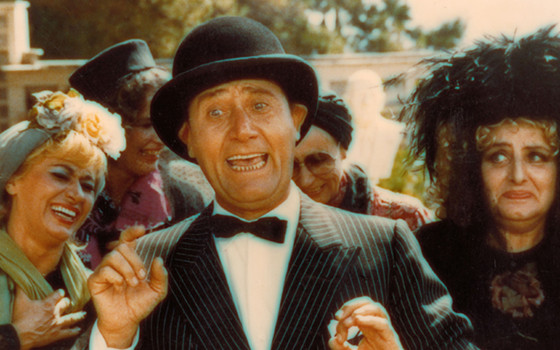 “I Nuovi Mostri” is the sequel to the 1963’s film “I Mostri”, and although having gained more commercial success than its predecessor, both of them are equally superb. This movie has the advantage of not being such a portrayal of Italy à la Commedia All’italiana but more a portrait of funny characters in peculiar situations. In 1977, the Commedia All’italiana was leaving the scene for other types of comedy, and that may had been an advantage for its amazing reception, winning an Academy Award nomination.

Its disadvantage, and for that reason lower in this list, is that not all the episodes have a comedic intent, with some of them being actually quite sad or tragic. The addition of Alberto Sordi to the cast was a “breath of fresh air”, which helped not only its comedic side but also its dramatic side, enriching the movie substantially when compared to its predecessor. 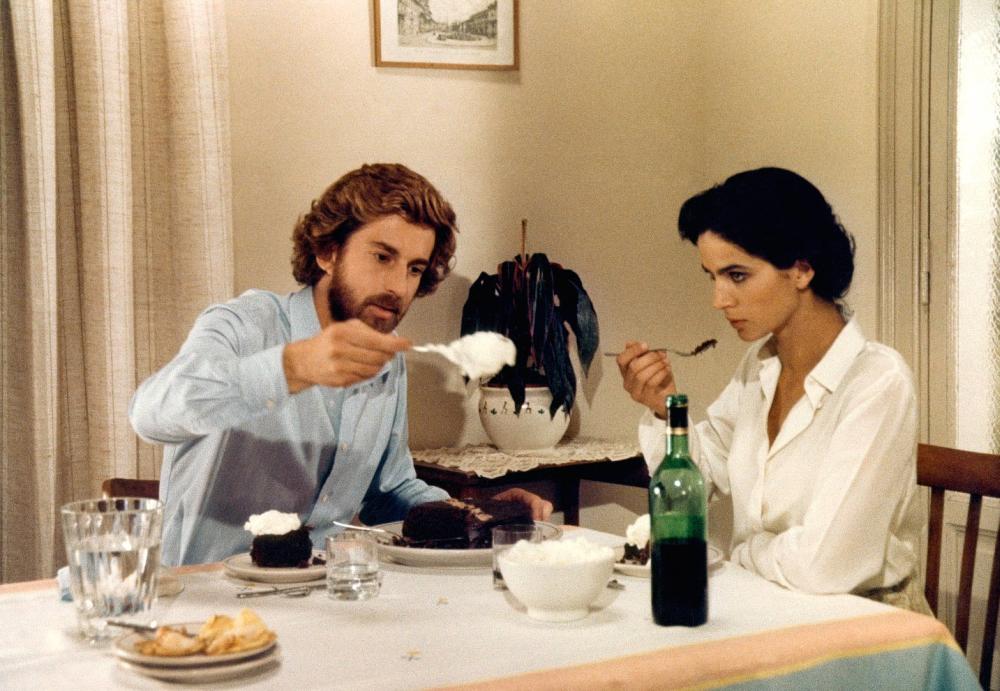 “Bianca” is a light, funny and mysterious comedy, but can also be a somewhat disturbed movie greatly thanks to its main character. It is directed, written and starred by Nanni Moretti, who plays Michele, a mathematics teacher who has found a new job in a new school. Michele is very strange, unbalanced, possessive and disturbed, but also can be a very likeable character. Michele gets worse with the advance of the action. The two main factors are the murder that happened in his building and when he meets Bianca.

This is a comedy that is known for its rather peculiar scenes motivated by the main character’s obsessions and manias. He has the idea that everyone should stay together and nothing should separate them, but in the movie the character sometimes seems to want to motivate the separation of some of the couples he observes and follows, showing the character’s disturbance and confusion towards reality.

Despite the severity of these cases, the movie is written in a light and easy way, which gives it a certain magic, introducing new ideas in how comedy should be filmed (the famous Nutella giant jar scene, for example).

It’s one of the greats of Totò’s filmography. Despite being ignored by many, this movie does contain certain elements that formed the later to be known genre, Commedia All’italiana. It tells the story of an ex-convict, Salvatore (interpreted by Totò,), and his difficulties in reentering Italian society.

In spite of being a comedy-drama, the movie efficiently separates both genres in certain moments of the movie, dramatizing its plot with the advance of the story. It is directed by the master of drama, Roberto Rosselini, who isn’t mostly known for his comedies.

It’s a comedy-drama directed by Vittorio De Sica and a tribute and dedication to the city of Naples, where he spent his first years. It is composed of six different stories that aren’t correlated, only having the city and its people as the common point. De Sica’s main point is to show his golden Naples and his perspective in the beautiful city that watched him grow.

Of the six stories, two of them don’t contain any comedic characteristics, both actually have quite tragic elements, and it is De Sica’s perspective on the emotional and tragic side of Naples’ society.

The six stories are as follows: an “artist” who is exploited by a gangster; a woman who cheats on her husband and loses an emerald ring; the funeral of a child; the penniless count who loves to gamble but loses every time, even to a kid; the prostitute who is “recruited” for a wedding; and the “wisdom seller” who is called a “professor” although he isn’t one and plays the violin in a bar. 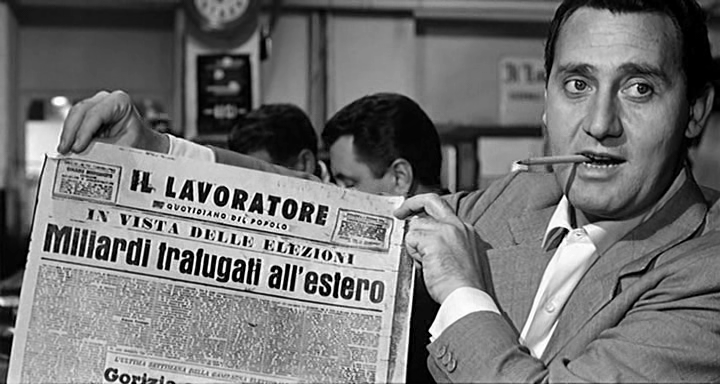 “Una Vita Difficile” is one of those typical Italian comedies that mix comedy and drama with great effectiveness. It’s a typical Commedia All’italiana with a very strong dramatic component, exploiting the realism of a true believer in democracy and the Republican regime. It’s one of Risi’s best realistic approaches to life after World War II.

It deals with the life of someone who fought against the fascists in fascist Italy and whose life wound up being strongly affected for his own choices. It is Alberto Sordi’s greatest demonstration of how versatile he could be, being considered a great comedy-drama performer and one of the legendary actors in Italian cinema.

Sordi plays Silvio, a partisan who fights the fascists in World War II. He meets the beautiful but innocent Elena (Lea Massari), who ends up hiding him in her grandfather’s mill, and living with him for three months. One night Silvio’s partners arrive to the mill, and he abandons her. They only see each other two years later, but end up running together and making a life for themselves.

The movie follows all the ups and downs of a marriage, the tribulations of the end of the war, Silvio’s ideals, Silvio’s failed attempts to be successful, and the rise of Italian Republic. 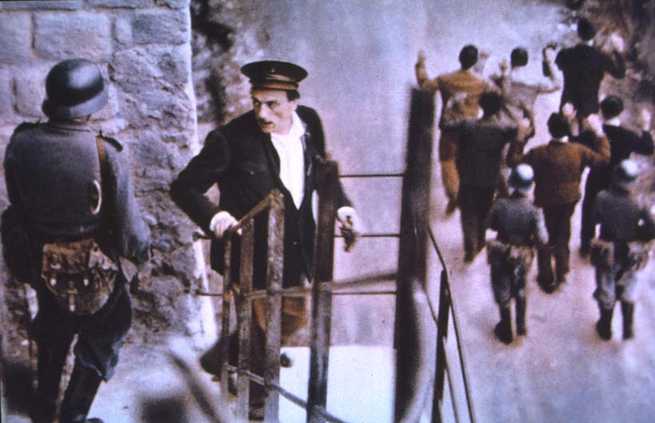 It’s the most “ancient” of all the comedies presented here and in spite of not being the most comedic, it’s definitely one of the most influential on the list. Starring Eduardo De Filippo and Totò, it presents its realistic approach of an Italy entering World War II and a description of the lives of the lower classes struggling to survive. Gennaro wants to settle down and live a life of peace, but his family is involved in contraband and is always fooling the authorities.

Pasquale, played by Totò, is the funniest character of the movie, giving it the comedic side of a movie which presents a big dramatic side. Pasquale is a railway worker, who because of the war became jobless, and helps the Gennaro family fool the authorities. It became almost a mandatory movie to watch if you wanted to know the comedy industry of Italy. It was adapted several times for other types of shows and its history is still a recipe for the later post-war comedy-dramas.