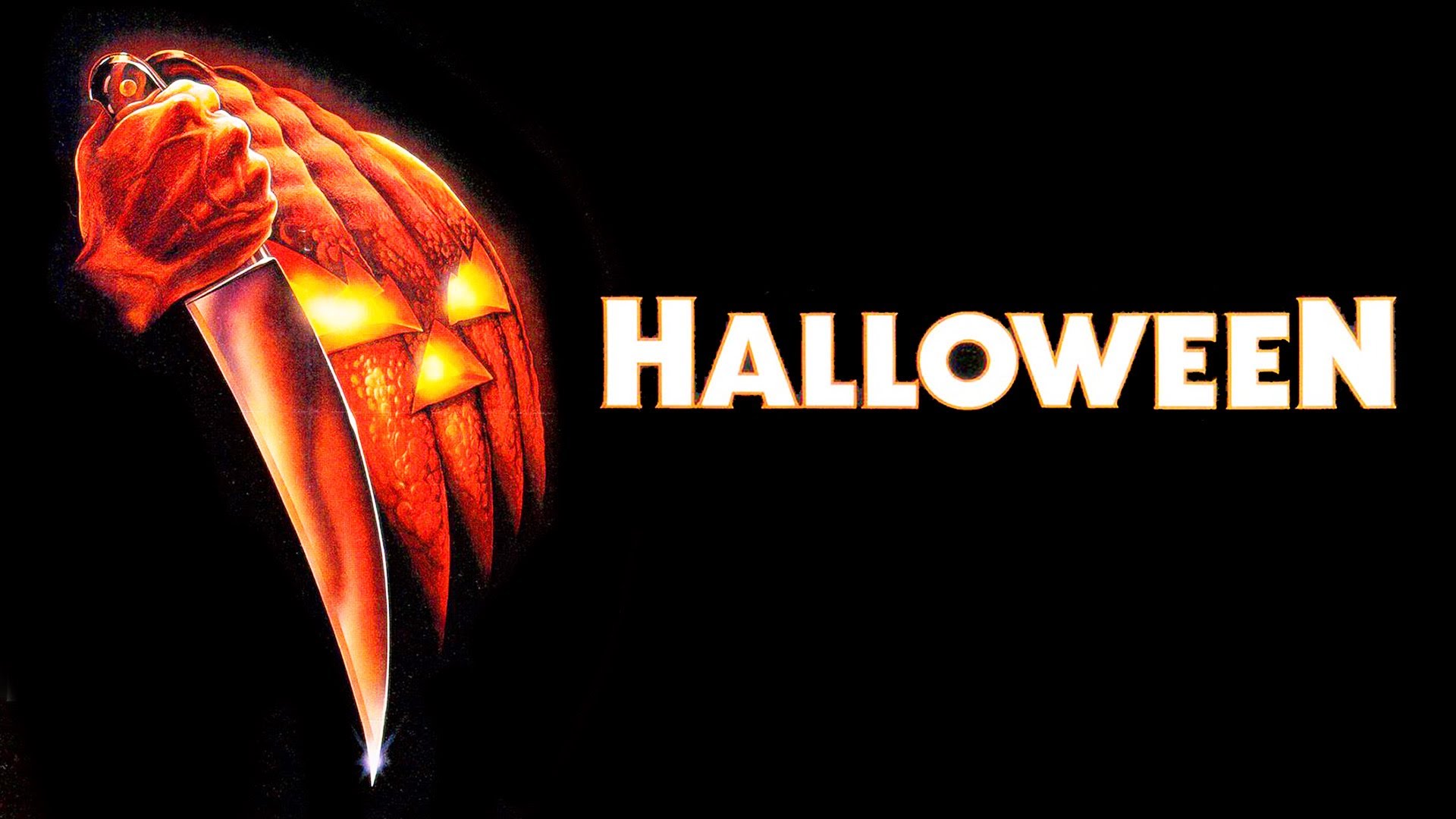 The genre of horror cinema has always been one—more than almost any other genre—to evoke illicit responses out of the moviegoer whether they wanted it or not. That’s one of the reasons why many fans of the genre keep coming back to it. Filmmakers for ages have always tried to come up with new ways to scare, disturb, or get under the skin of their respective audiences.

It’s an all around immersive experience, visually & sonically. And as much as there is to take in on the screen, one process that can often be overlooked is how what we’re hearing affects us. Whether it’s a familiar group of minor notes that creeps around in your head like a nursery rhyme, or dissonant sounds that create tension and anxiety that you can’t shake, creating music for a horror film is an art in and of itself.

Ever since the era of silent films, music has played an important role in how the viewer perceives what they’re watching. In those times, musicians/composers would either improvise a score on the spot (which is a great way to keep you on your toes as a musician), or would use “compiled” scores (pre-written classical/popular pieces). The music, whether improvised or compiled, was always chosen to fit whatever mood a scene or a film as a whole was radiating.

As far as scoring for scary movies, musicians over the years would adapt to and in many cases break the norms and characteristics of past and current musical genres in order to create what they wanted to hear. Elements of genres like classical, jazz, psych, progressive rock, church/choral music and especially niche genres like avant garde/experimental music & Musique Concrete have been used as musical “devices” by the composer in order to command the listener’s attention.

And as the styles of music would change, so would the equipment that would be used by many musicians, resulting in different timbres and sounds to help make the movie watching experience more frightening. And just like anybody pushing boundaries in any art form, there’s bound to be dozens of followers and imitators that would re-use the same motifs to the point where it doesn’t seem as original or effective anymore and with time can be considered “cheap”.

One of the most important characteristics of a great soundtrack, not just to horror but any genre, is that the music, no matter how simple or complex, somehow marries the images you see on screen, and is unique to its respective film. And since music can affect people in a totally different way than a visual medium, a great piece of music has to stand on it’s own in order to subconsciously affect the listener.

To somehow make his or her imagination wander and to put their own images to the music, and with a genre like horror (along with other fantastical genres like Sci-Fi) it certainly has a lot of open room to do whatever it wants to assault your senses. But someone once said that talking about music is like dancing about architecture. You can only explain it on paper so much, and then it takes the magic away. So you’re better off listening intently.

So take the victim you kidnapped out of your closet or fruit cellar, and have them listen to some of the best horror soundtracks with you before they meet their impending doom. HINT: this music is best experienced with good headphones or speakers. And of course, lights out.

30. Return of The Living Dead

The soundtrack to “Return of The Living Dead”, like the movie itself, is like getting completely wasted and going through a local haunted attraction: just pure unbridled fun. The awesomely cheap Casio funk of the “Trioxin Theme” scored by Matt Clifford and Francis Haines is a pretty awesome tune in and of itself.

Then you have songs like the rockabilly-blues of “Surfin Dead” by The Cramps; the fast paced punk of “Dead Beat Dance” by punk legends The Damned, and “Eyes Without a Face” by the Flesh Eaters; the 80s dance vibe of “Partytime” by 45 Grave.

These tunes and others kind of work as the punk rock versions of novelty tunes like “The Monster Mash”. A perfect match to a perfectly over-acted and hilarious 80’s horror flick. Along with being full of memorably silly dialogue (“Send…more…cops!!!”), the movie is great for making up drinking games too. For example, anytime you hear “BRAINS!”, take a shot.

The thing that makes this quirky, underrated horror flick so unique is that it seems completely detached from itself. It’s just so…out. There are things about it that are really funny (intentionally and unintentionally), yet there is a legitimate creepy aura that is projected, along with parts that will make you go “uh…WHAT?”. If you haven’t seen it, imagine if the “House of Wax” from the 50s was made by backwoods people who took a lot of hallucinogens.

The main theme, with it’s clunky percussion rhythms gives you the feeling of being in a haunted toy shop at night, and works perfectly for the wax museum setting. There’s overly-dramatic string passages, synthesized female vocals that play the part of the chorus of re-animated mannequins in the movie, and an eerie music box theme that is repeated a couple times throughout in different variations. Just all around weird.

This is what happens when you get the king of easy-listening and exotica music to score a camp horror cult classic. The main theme is a catchy tune that strides a fine line between Herrmann-esque orchestral prowess and church hymn with a funky drum groove to glue it all together. It’s a weird mixture of sounds, but it’s really cool, and the melody re-appears in other various forms across the soundtrack.

Alongside that, there are more dissonant sounds and odd time tribal beats to support the more hallucinogenic parts of the movie. One of the sounds you hear quite a bit in the score is the theremin, an electronic instrument known to create sounds by electric signals from two metal antennas, in which things like volume and pitch are controlled by the performers hands.

This instrument you would hear in a lot of early science fiction films as well as a few monster movies. The sounds and cues Baxter creates only can be described as “Lovecraft-ian”.

If you’ve ever watched Italian horror in your lifetime, chances are you’ve seen something by Lucio Fulci and heard Fabio Frizzi’s music accompanying it. Like Goblin with Dario Argento, Frizzi and Fulci are one of the dream teams of the genre. Fulci’s 1979 classic Zombie Flesh Eaters (aka Zombi 2 or Zombie) has everything one could ask for from a zombie movie.

A heavy emphasis on blood and gore, a realistic interpretation of what zombies would look like (i.e., actual decaying flesh, worms crawling out of eyes—pre CGI) that would serve as an influence/reference for future zombie films, and add to that a fight scene between a zombie and a shark…because why not?

Frizzi’s soundtrack has the vibe of being on a dry, stenchy remote island, with tribal percussion pieces that plod along in a steady pulse reflecting that of the undead waking to start the repetitive, ongoing cycle of feeding on the flesh of the living. Along with that are tracks that involve one note played incessantly on a keyboard while blasts of percussion trickle in bit by bit, turning up a frenetic pace.

Elsewhere on the soundtrack, there’s a cheesy ‘caribbean’-sounding song to fit one of the only “lighter-hearted”‘ scenes in the movie (which isn’t for long). It’s said that Frizzi was partly inspired by disco when constructing the minimal, spooky main theme of the movie.

It makes sense, considering the insistent, heart-thumping beat (done by Frizzi tapping on a microphone), and the fractured sounding rhythm that comes in after the broody mellotron notes that preceded it. It gives it the impression of a dance tune with it’s limbs falling off, while at the same time communicating impeding doom for all of humanity.

This soundtrack sounds like it was made in a mausoleum at midnight. With a simple setup of drums, bass, guitar & a vast array of pianos, synths & keys, classically trained composers Fred Myrow & Malcolm Seagrave offer up a wicked concoction of music that sounds like Goblin & “Ummagumma”-era Pink Floyd birthed a devil child.

The main theme is spooky gloriousness with its 8 note line played on electric and acoustic piano while a mellotron choir slowly fades in and counter harmonies are added one at a time to give you a ghastly vibe. Other pieces like “Phantasmagoria” have a rock/funk rhythm section grooving steadily along before altering the beats one at a time to completely disorient the listener.

On other tunes, there are dynamic accents that are so dramatic that it almost sounds like the instruments are being stabbed. The drones you hear when Mike, Reggie and Jody enter the white body room are on here as well. And yes, the voice of The Tall Man makes an appearance on there. Can’t say when and where though, for that’ll spoil the fun.

Much in the same way John Williams created music for the sea in “Jaws”, Jerry Goldsmith’s cold, atonal and dissonant score for “Alien” provides a unique vision for imagining the outer reaches of space in musical form. Originally, Goldsmith’s score was heavily edited for the film by using only specific cues and some pieces of music from an earlier film he scored called “Freud: The Secret Passion”, which caused a bit of tension among him and Ridley Scott.

The soundtrack has since then been released with full versions of the compositions and cues. The main title with it’s ambient strings, as evidenced by how it syncs up with the opening credits of the film, straddles the line between being fear-inducing and awe-inspiring. The more aggressive pieces of the score feature ethnic instruments such as a “serpent”, a bass wind instrument that looks exactly like a snake, to produce sounds that almost resemble the creature itself.

Also check out: Poltergeist, The Omen

This artfully directed anthology movie features some of the most stunning visuals to be put on screen, and Toru Takemitsu’s music is the perfect match. Takemitsu was a pioneer in Japanese avant-garde music, blending mixes of traditional Japanese music with John Cage minimalism to create his own voice, and it certainly shows on this score.

The term minimal is not used lightly here, because there’s so much space between anytime a singular note is hit in some of the pieces, it just becomes uncomfortable. The music for the third tale, “Hoichi The Earless”, in particular is a standout for it’s folk-inspired melodies and lyrics about the real life horror and fatalities that took place during the Battle of Dan-no-ura.