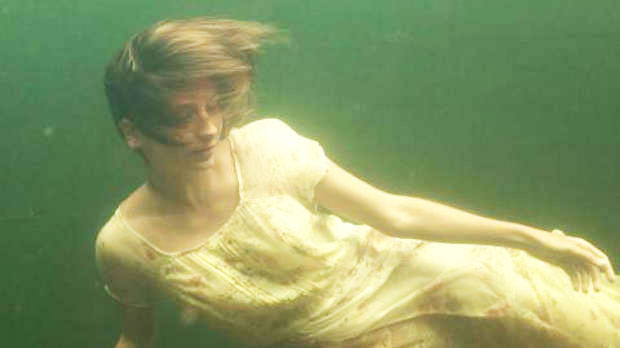 Elena leaves her home, her mother and her sister to go to New York to pursue her dream to become an actress just like her mother. About 20 years after Elena’s departure, Petra, her younger sister and now an actress and film director, goes to New York in search of her sister.

In this film directed, narrated and starred by Petra Costa, we have the opportunity to see the historical dictatorship of Brazil, old footage of Costa’s family and beautiful scenes of New York City and the beautiful places all around the city.

Using the camera as her own point of view, Petra Costa introduces us to this paradox between the two sisters, and at some point it’s hard to tell who is who. It’s a symbol that the two siblings have always been together by a connection that goes beyond any reason but their deep love for each other.

Going from hand-held camera movements to old footage, from black and white moments to dream-alike sequences, Costa tries to pull out deep feelings of nostalgia and detachment, from all around her family, developing a sad and melancholic but beautiful film about the family and their cosmic connection. 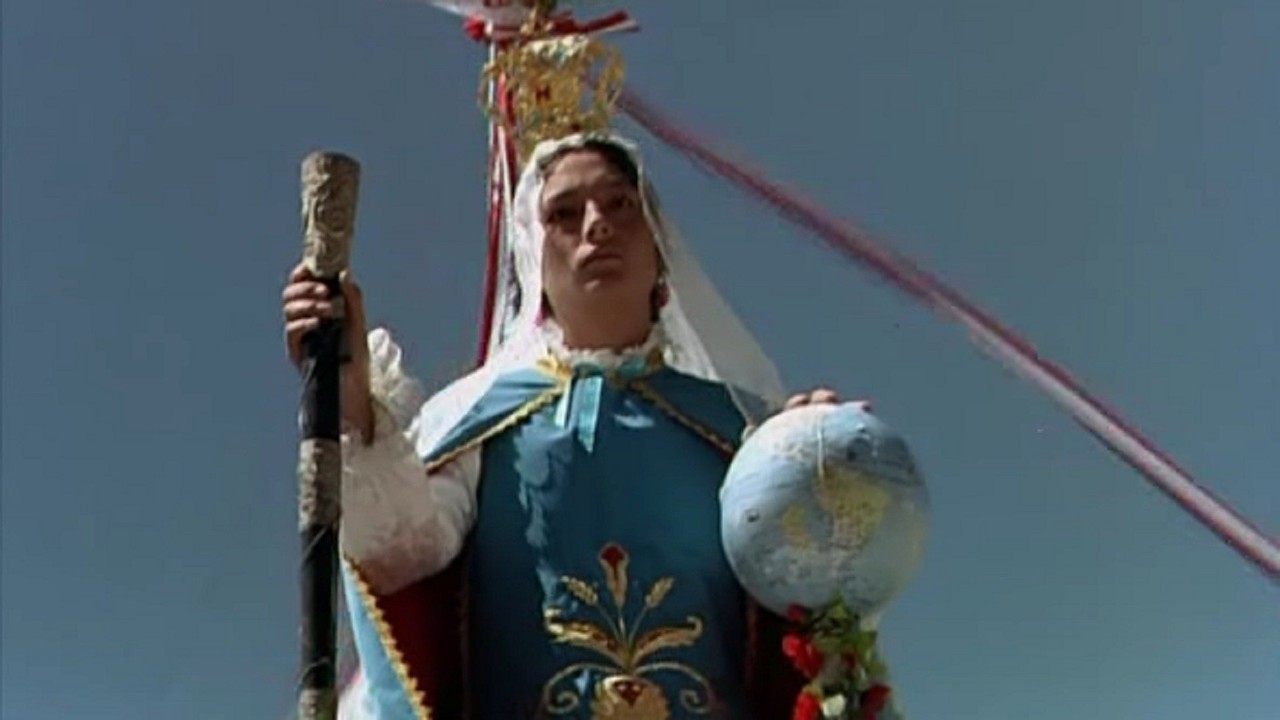 Claudia Llosa is the best Peruvian filmmaker of this generation, and probably the best in history. With her interesting vision and her knowledge of the usages and traditions of the indigenous communities of Peru, she has created some of the most relevant films in South America.

“Madeinusa” is the name of the protagonist of this film. Her name comes from the usual label of American products (Made in USA); she is a native Peruvian girl who lives in a secluded community, lost somewhere in the Cordillera Blanca range of the Andes where her dad is the ruler.

In her village’s festivities, from Good Friday until Easter Sunday, every man and woman have the chance to do whatever they want. Murder, incest, everything is allowed because God is dead at this time and nobody is watching them. In the middle of this festival, Salvador, a geologist from Lima, arrives in town and begins a very intricate story between Madeinusa and himself.

Portraying in a unique way one of the most remote communities on the continent, Llosa successfully takes us into the particular and very intrinsic traditions of many native communities, not forgetting this is just a fictional portrait, but yet still a very accurate one. 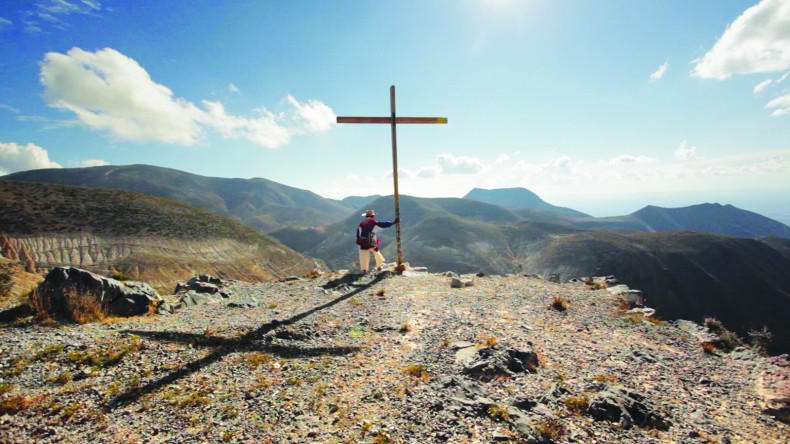 In the Sierra Madre of Mexico, an extended mountain range that goes all over the country, there’s a community of natives named huicholes. The culture of the huichol is rich in art and traditions. This documentary shows us the unjust but wonderful life of this wixárika named Santos Motoapohua De la Torre. His name, Motoapohua, literally means Echo of the Mountain.

Nicolás Echevarría, one of the most important filmmakers in Mexico, has lived and worked with the huicholes for long time, learning a great deal about their culture, making his own work even richer.

Known for having pictured the conquest of Latin America like no other filmmaker with his film “Cabeza de Vaca” (1991), Echevarría creates an homage to a people who have suffered from many years of discrimination and shows us their magical, colorful and amazing world.

Santos De la Torre is the mind behind the mural in the Louvre Metro Station in Paris, a gift Mexican president Ernesto Zedillo gave to France in 1998. De la Torre wasn’t invited to the opening of his own work. But this seems to be insignificant to a man that lives in the mountains, surrounded by his people and in communion with nature. It is a wonderful story of an artist who has chosen to live in anonymity.

The Moreira Salles is one of the richest families in Brazil. The family hobnobs with the best of Brazilian society and of the world. Inside the family house, tens of people worked for years but the only butler, who served the most important people on the continent and even a Pope, was Santiago.

Analyzed through the sights of João, the director and the son of the family, but explained by the testimony of Santiago, the film tells both the family’s story and Santiago’s story, and also the making of this documentary that took 13 years to finish, from when Moreira shot the first fragments until 2005, the year he took all his previous work into the editing room.

Filmed in a wonderful black and white, the film is full of stills of the huge abandoned house where Moreira lived for 20 years, and beautiful sequences of Santiago talking about his life before and during his time as the family butler. All of these scenes permeate the storytelling with nostalgia, using the retrospective of narration as the main source for that mood.

Santiago has passed away, the house has since been abandoned, and Moreira grew as one of the most talented filmmakers in Brazil, all before the movie was completed, giving a new concept to the film that serves as a record for the memory and identity of Santiago and João.

The duo of Lubezki and Cuarón have created the most spectacular films in modern cinema, showing a mastery in filmmaking in movies like “Children of Men” (2006) and “Gravity” (2013). But before they broke through in the United States, they bequeathed in Mexico a modern masterpiece titled “Y Tú Mama También”.

The film tells the story of Julio and Tenoch, two teenagers of different social classes who like to jerk off and horse around. One day, they met Luisa, a Spanish woman who suffers deep depression, and they ask her to join them on a trip to the sea.

When she accepts, they go together onto a journey that puts their friendship to the test, making them more mature and reconstructing their visions of life, all while awakening their sexuality.

Lubezki masterfully uses his camera to record the journey in the most naturalistic way. Through the trip, we are not only witnesses to the story of these friends, but we also are able to view the reality of Mexico, its own problems, all its beauty and traditions that permeates the country, using techniques that Cuarón and Lubezki later exploded in their American films.

The constant fight between two forces usually composes the western genre: the pilgrims/cowboys/confederate army against the apaches, or the marshals/bounty hunters against the crooks. But there’s always another force driving the scenario of these films, such as the desert or the arid valleys, in which human strength is put to the test.

“Río de Oro” tells the story of the war between Mexico and the United States, a war that left the apaches, the landowners and the farmers in the middle of a bloodbath produced by the American army. Trinidad has lost his family in this war and prepares to go to the South in search of gold. Estela is a woman who has also lost her family, and has been kidnapped by an apache named Goyahkla.

The war, the Navajo tribe, and the people living on the frontier during this conflict are all put together in the long and inhospitable landscape of the Sonoran desert, one of the most extreme places to live.

The photography by Lorenzo Hagerman is completely stunning, using the colors of the desert skies and various mountain and valley landscapes, as well as the beautiful nights. He is able to reconstruct a part of Mexican-American history with fidelity and in a precious way. 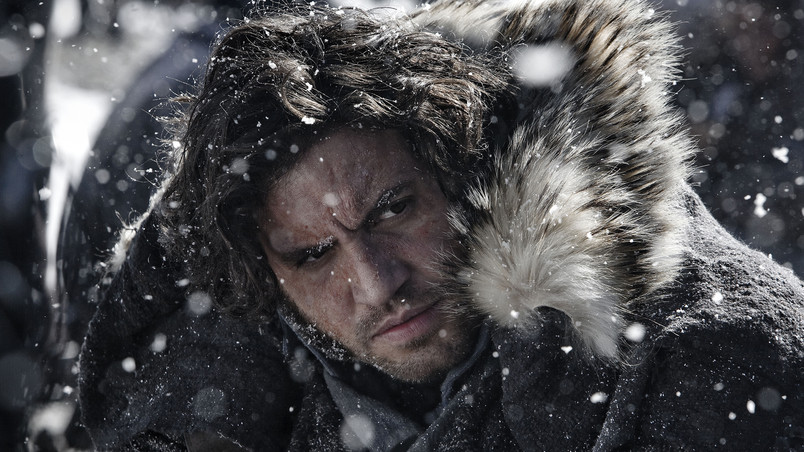 The historical South American liberator, Simón Bolivar, has become the legend of the free America, united in one big nation of brothers and sisters that speaks one language and breathes the same air of justice and equality.

Played by Venezuelan actor Edgar Ramírez, “Libertador” tells the complete story of the most important figure in Latin America. Since his childhood among the different social classes in Venezuela until the betrayal that led to his execution, Bolivar was an ideologist who dreamed of an America where every man and woman would be the master of their own destiny.

Alberto Arevalo creates the greatest epic ever made on the South American continent, working within the parameters of classic epics, as he tells the story of the leader that conducted a hundred battles against the Spanish Empire and covered twice the territory of Alexander the Great. It’s the myth of the man who gave South America independence from the most powerful empire of its time, told in a dynamic way.

The photography is by Spanish cinematographer Xavi Giménez, but is inspired by the work of Andrew Lesnie. The beautiful landscapes of the Andes, the prairies and jungles of South America and the colonial architecture, not to mention the exciting battle sequences, gave this film an honorable portrait of the legendary life of the man who freed most of the continent.

Author Bio: Sergio Rey Orozco is a Mexican writer, producer and director, working on his first short film, Mientras estés conmigo, which is to premiere next year. He lives in Guadalajara, where he attended to film school and works as an independent film critic at his facebook page Cinesthesia.