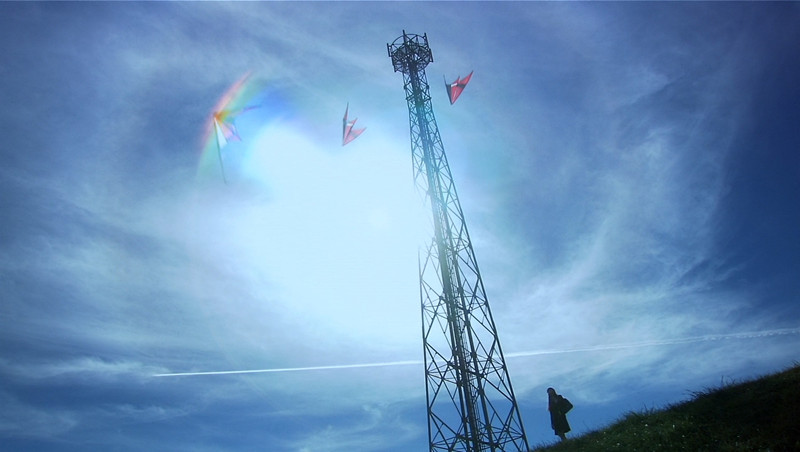 With the Japanese film industry being one of the most prolific in the world, a plethora of Japanese films that aren’t widely known inevitably exist. However, the fact that only a few people have watched them does not diminish their value in the least.

Furthermore, since the majority of these films are independent productions, they succeed in presenting the genuine Japanese way of filmmaking, both in themes and technique, without the restrictions imposed by the major studios. Here is a list with a number of the best overlooked Japanese films of the 21st century. 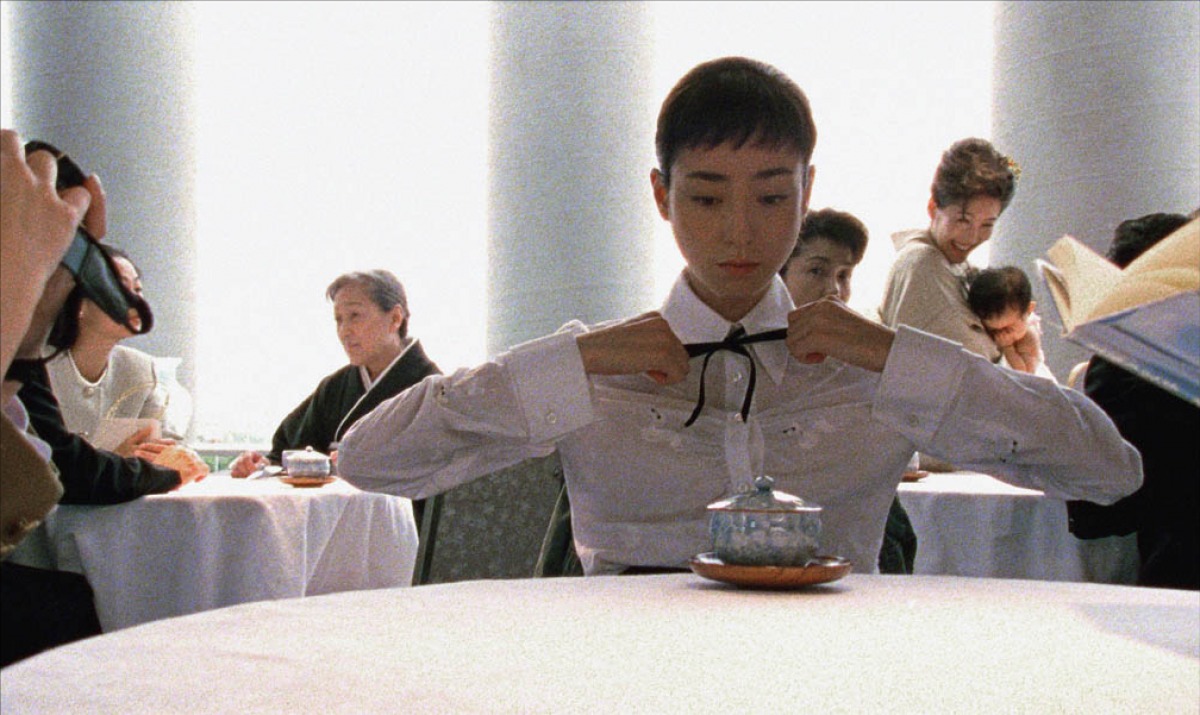 Adapting Haruki Murakami’s works in cinema is definitely an arduous task, chiefly due to the surrealism and minimalism that characterize his novels. However, this particular movie managed to capture the homonymous short story’s full essence.

Tony Takitani is Shozaburo’s son, a trombonist who spent a number of years in prison in China. When he returned to Japan in 1946, he married a distant cousin of his and had a son he named after an American soldier, who had treated him in a friendly fashion, thinking that the name would help the boy, since the American influence in Japan was increasing rapidly at the time.

Nevertheless, despite his father’s kindhearted intentions, his name seems to be a continuing nuisance for Tony Takitani in school, since his classmates perceive him as shady and strange, thus resulting in his alienation.

In combination with his mother’s death when he was three years old, and his father constantly being away on tour, Tony becomes a loner, detached from social relationships of any sort. Through the years, he develops a large interest for painting, with his works being elaborate though void of sentiment. Eventually, he finishes his studies and starts working as a technical illustrator. While working, he meets a customer named Eiko who radically changes his life.

Jun Ichikawa presents a work with three specific factors: the dedication to Murakami’s writing style, and consequently, minimalism and surrealism. The former is evident due to the usage of two actors in two roles, the slow pace and Ryuichi Sakamoto’s low-key music. The latter is achieved through the presence of a narrator, whose phrases are frequently completed by the protagonists. The narration also adds to Ichikawa’s effort to stay close to the actual story.

Additionally, Ichikawa uses an edit technique similar to illustration, thus connecting the story with Takitani’s employment. Of equal proportion to the direction, which is sublime, is the characterization by both Issei Ogata and Rie Miyazawa. 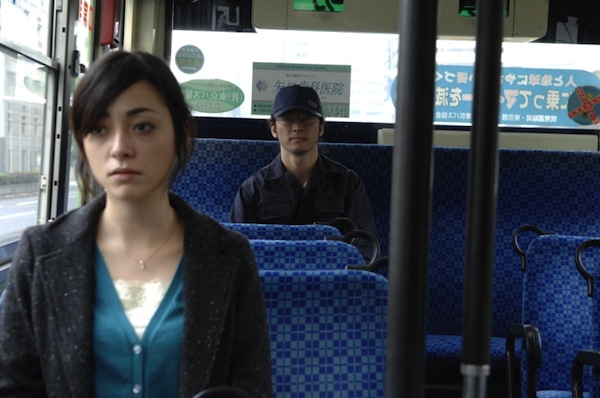 This particular movie is based on a theatrical play by Yukiko Motoya, whose style is chiefly characterized by eccentricity.

The pregnant Azusa moves back to the place she was born, along with her lazy spouse, Banjo, who constantly states that he attends job interviews but ends up fighting with the employer. Due to this fact, Azusa is obliged to work in a local bar, despite her advanced pregnancy. However, the aforementioned does not seem to bother her, since she is madly in love with him.

On the contrary, he is largely bothered by the fact that her current neighbors are her former classmates, Hidenori and Nanase, who did something extremely evil to Azusa when they were in school together. Because of this, every time the two meet, the latter’s reactions range from screaming to throwing various heavy objects towards her house. Equally peculiar is the relationship between Hidenori and Nanase.

The adaptation by Masanori Tominaga is elaborate, who has maintained the theatricality of the original, additionally enriching it with cinematic elements in order to present an entertaining outcome.

The cast entails the crème de la crème of contemporary Japanese cinema, including Minami, Eiko Koike, Takayuki Yamada and Tadanobu Asano, all of whom portray their characters suitably. 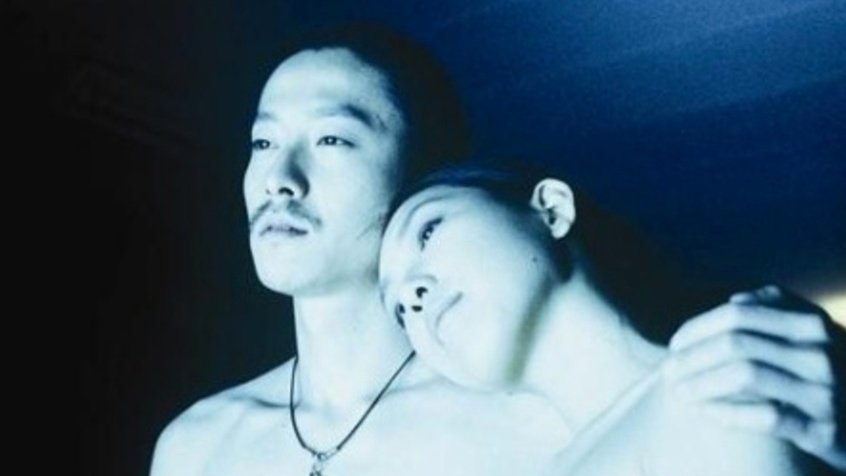 In his introduction, Tadokoro reveals that he is a virgin, a fact that intrigues Mayama, who proceeds to introduce him to the world of sex. However, after their first time, she immediately goes to her computer and starts writing a novel regarding a 14-year-old virgin and the woman who teaches him the secrets of sex. This practice continues, up to a point where Tadokoro falls in love with her.

Yuki Tanada is impressive as a director and a writer, chiefly because she managed to escape the sex comedy clichés. In contrast to the usual tactic that involves an experienced woman seducing a young, naive male, aiming to make a man out of him, the female protagonist in this case is mainly concerned with only herself and uses the male to satisfy her sexual needs and to write her novel. Through Mayama’s character, she achieves the difficult goal of giving depth to a genre that is superficial by design. 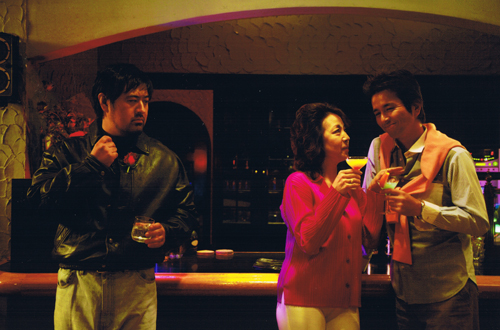 Manzo Ishiguro is a 38-year-old angler who works by himself in a boat he inherited from his father. He lives in a little fishing village, he works hard, and his only entertainment consists of attending the local bar in order to meet a woman.

However, his efforts are futile and he is tired of being alone. At a party the village’s administration organizes to assist local bachelors in meeting women, they ask the attendees to shoot a self-introductory video, which will be screened during the party. However, during the screening of Manzo’s video, all attending witness a woman and a child hiding in the closet of his house.

Upon his return, he confronts and initially makes them leave his house. Eventually, he asks them to stay and makes an agreement with the woman, Mitsuko, to provide bed and board for both of them in exchange for sex.

Takatsuku Naito shot this movie with a scholarship he won by PIA, an organization that aims to promote new filmmakers. He directs in a way that seems cartoonish at times, particularly in the depiction of the protagonist. Nevertheless, he manages to create a highly realistic film, which focuses in the rural life of small towns and aims to reveal the consequences of solitude, mainly in places similar to this. 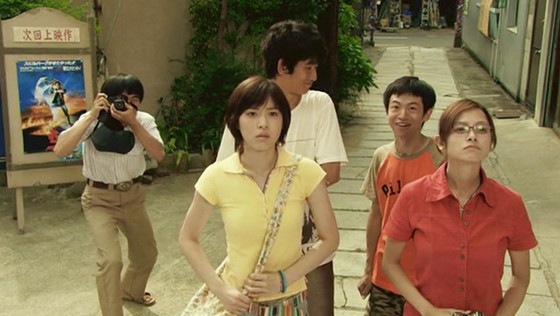 A team of five students, Takuma, Masaru, Shunsuke, Atsushi and Daigo, are the exclusive members of the science fiction club at their school. However, they never busy themselves with the club’s actual purpose.

The day the story unfolds, they are playing baseball, while Yui, a member of the photography club, takes pictures of them. It is the hottest day of the summer, and unfortunately for both clubs that share the same space, Daigo s his soda on the remote control of the air conditioner that subsequently malfunctions.

Later, a strange boy appears in the club, asking what year it was and after awhile, they discover a strange contraption in the middle of their place that seems to be a time machine. Eventually, they decide to travel back in time and prevent the remote from malfunctioning; however, the situation become hectic when they decide to alter a number of other occurrences.

Katsuyuki Motohiro directs a film similar to a theatrical play, since it is almost completely shot in the same room. Moreover, he entails elements of science fiction in a manner of giddy fashion, a peculiar sense of humor and a looseness that is evident throughout its duration. All of the above, combined with the evident optimism that characterizes the film, results in an utterly pleasant film. 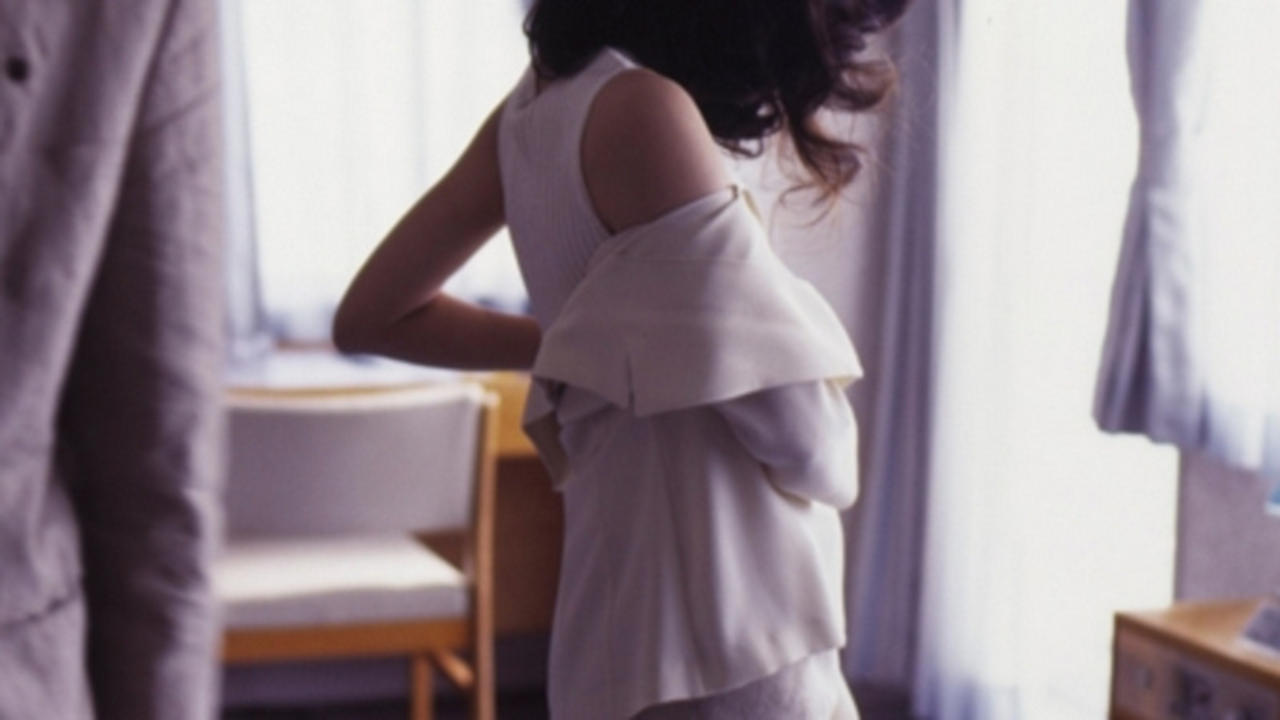 Kurosaki is a reasonably successful writer of sadomasochistic stories. However, due to his lack of practical knowledge regarding his subject, he forces his editor, Kawada, to role-play certain scenes with girls he hires in order to draw inspiration. All three of the participants seem to relish the “show”; however, this is not the case with Kurosaki’s wife Shizuko, who he has been sexually neglecting for years.

Eventually, he discovers an attraction taking place between his wife and an American she plays tennis with. Furthermore, Kawada informs him that he has been having an affair with Shizuko, which even entails a variety of S&M elements. Kurosaki is initially infuriated, but over the course of time, he gets over his rage and asks Kawada to provide him with details, basing his current stories on them.

Ryuichi Hiroki manages to shoot a bittersweet, social comedy, although its prime theme is sadomasochism. Furthermore, the scenes that involve the theme are not pornographic in any way, despite the depiction of nudity. On the contrary, they are rather humorous, in an utmost Japanese way. Ren Ohsugi is delightful as the dirty older man, particularly in the comic scenes. Jun Ichikawa is equally excellent as Kawada, even netting an award for his role at the Yokohama Film Festival.