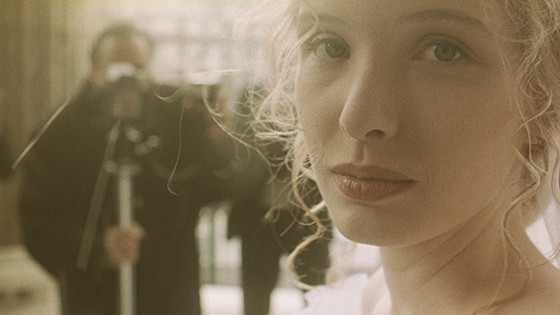 Divorce is a very stressful event in anybody’s life and has been dramatized in attempts to show its harsh consequences on the familial relationship and it has been hilariously made light of through screwball comedies and satirical pieces. There have also been completely realistic films, heart-breaking films, frustrating films, depressingly funny films and many more.

The subject can be twisted in all sorts of ways because there’s no one way to handle it, and multiple perspectives to see it through. Whether they deal with affairs, child custody battles, revenge or remarriage, there are plenty of films for you to watch.

A rare movie that tilts back and forth in favour of each parent but ultimately does not take sides, “Kramer Vs. Kramer” focuses on a broken marriage and a custody battle with a child in the middle. Unlike most of these kinds of films, the movie isn’t told through the child’s, Billy’s, naïve and neglected perspective, but rather concentrates on how the parents simultaneously deal and balance everything during this rough transition.

Ted Kramer (Dustin Hoffman) is a workaholic advertising executive who is incredibly distracted by his new account — so much so that when he comes home with great news regarding it, he hardly hears his wife, Joanna (Meryl Streep) say “I’m leaving” or notices her packed bags by the door.

When he does hear her, after a couple of strained repetitions on her part, he doesn’t take her seriously and asks why she had to do it on one of his best days. But she leaves, stating that she is no longer in love with him, needs time to find herself and that she is not a good mother.

Ted is devastated and must get acquainted with his previously ignored responsibility, being a father. He burns the French toast, he s the coffee, he is completely maladapted to this situation – but he tries and he jokes and he hopes that it’s enough.

Hoffman and the kid reportedly decided to use improvisation where possible so that it would result with a sense of reality and unrehearsed confusion. For quite a while, Joanna has been off-screen while Ted and their son gradually cope and bond with each other, but she soon returns and announces that she feels ready to regain custody of her son.

Robert Benton, who co-wrote “Bonnie and Clyde”, reveals the character’s complexities, motives and worries through realistic dialogue, letting the audience know that even though a parent may have to take a break or is distracted by something else, does not make their feelings for the child any less present.

As a result of his writing and directing and an incredible cast, the film received five Academy Awards at the 52nd Academy Awards in 1980, in the categories of Best Picture, Best Director, Best Adapted Screenplay, Best Actor, and Best Supporting Actress.

The successful 1973 Swedish television series also written and directed by Ingmar Bergman, is the basis of the feature film, which he edited from the series. The movie explores the disintegration of a marriage between Marianne (Liv Ullmann) and Johan (Erland Josephson) over a long period of time.

The 168 minute feature film was skilfully cut down from a total of 281 minutes from the six, fifty-minute television programs. The film still retains the original television miniseries’ episode names as chapter titles like “Innocence and Panic” or “The Art of Sweeping Things Under the Rug”.

Bergman relies on a very restricted cast whose lives pivot around critical scenes in each chapter. His naturalist style is attained through balancing claustrophobic close-ups with concluding quiet, long shots of the landscape that provide relief from the characters’ passionately well-spoken but rapid monologues that dominate the conversations.

The couple’s relationship is so strong that it’s the standard all others are held against, especially after they are featured in some sort of newspaper article. After ten years of marriage, they’re still happy and in love, and while their marriage disintegrates throughout the course of the film, their love, or at least their memory of it remains. He is a professor, she is a lawyer and they live comfortably in high middle class Swedish society with two off-screen daughters.

But despite their seemingly perfect marriage, he falls in love with someone else and the relationship crumbles. Yet she still loves him and worries about his happiness. The film follows their relationship with each other after their divorce and how their feelings change. 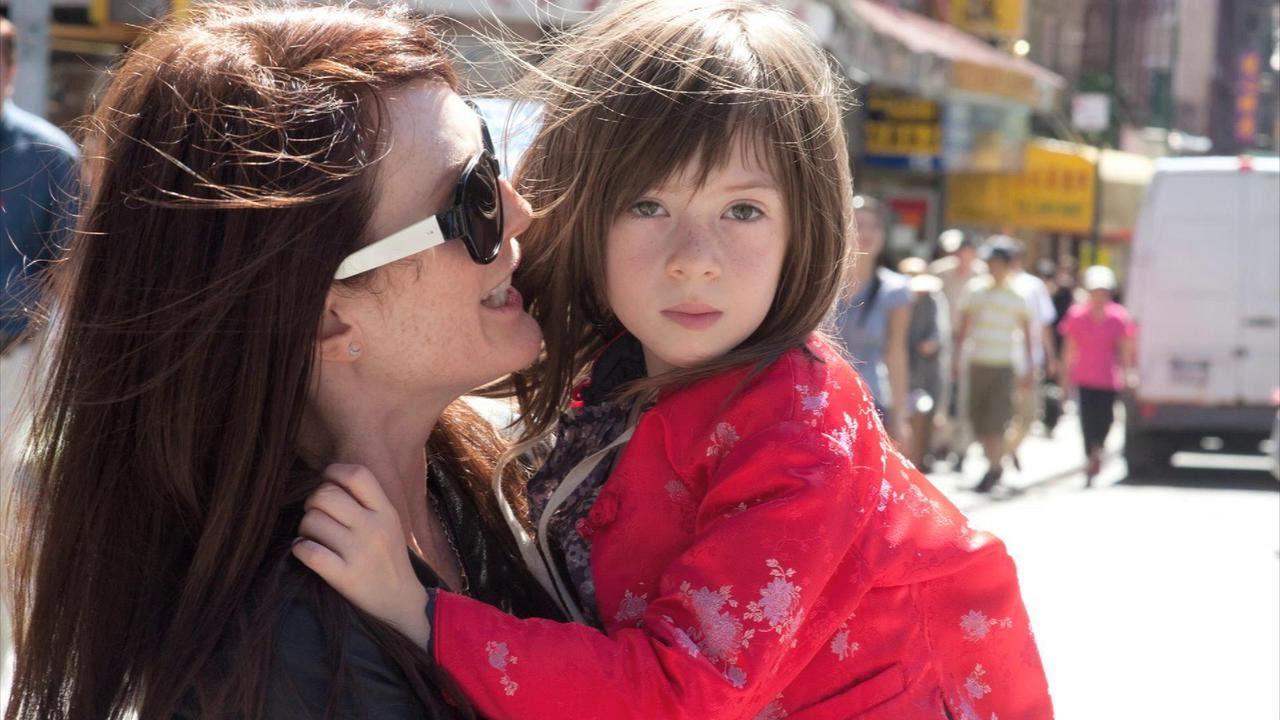 Adapted from the Henry James’ 1897 novel of the same name, directors Scott McGehee and David Siegel follow his tradition of harshness and sympathy when depicting a modern version of the tale. Mostly seen from six-year-old Maisie’s perspective, the film focuses on how she is used as a pawn in the war between her parents, who both carelessly ignore her when she’s with them.

Her mother Susanna (Julianne Moore) is a rock star, working on a new album and touring, and her father Beale (Steve Coogan) is a businessman, always on his cell phone or on a trip. Their divorce is likely the best thing for Maisie, as their loud and explicit arguments become part of everyday life. However, their selfish behaviour during the custody battles and agreements is where emotional harm and trouble could have easily been avoided.

Instead they fight harder and louder for time with Maisie, even though they both just give her to someone else while they do their own thing. Both grasping for parental responsibility when both are ill equipped and too self involved to handle it, they settle on alternating every ten days.

This too would be fine, if they actually saw her for more than ten minutes. While Beale starts sleeping with Maisie’s sweet nanny Margo (Joanna Vanderham) and also steals her away from his ex-wife leaving her to find another nanny to take care of Maisie.

But she quickly finds a similarly young and blond boyfriend Lincoln (Alexander Skarsgård) who is there when she needs Maisie to be looked after. Eventually both seem to abandon Maisie as Susanna goes on tour without a second thought and Beale is constantly away on work, leaving Maisie with Margo and Lincoln, who ironically behave much more like parents than her actual parents do.

However, despite the content, the movie avoids a sentimental tone that could limit it and make it flat. Instead, it focuses on how infuriating people can be and how Maisie tries to interpret the often-incomprehensible behaviour of the adults in charge of her. 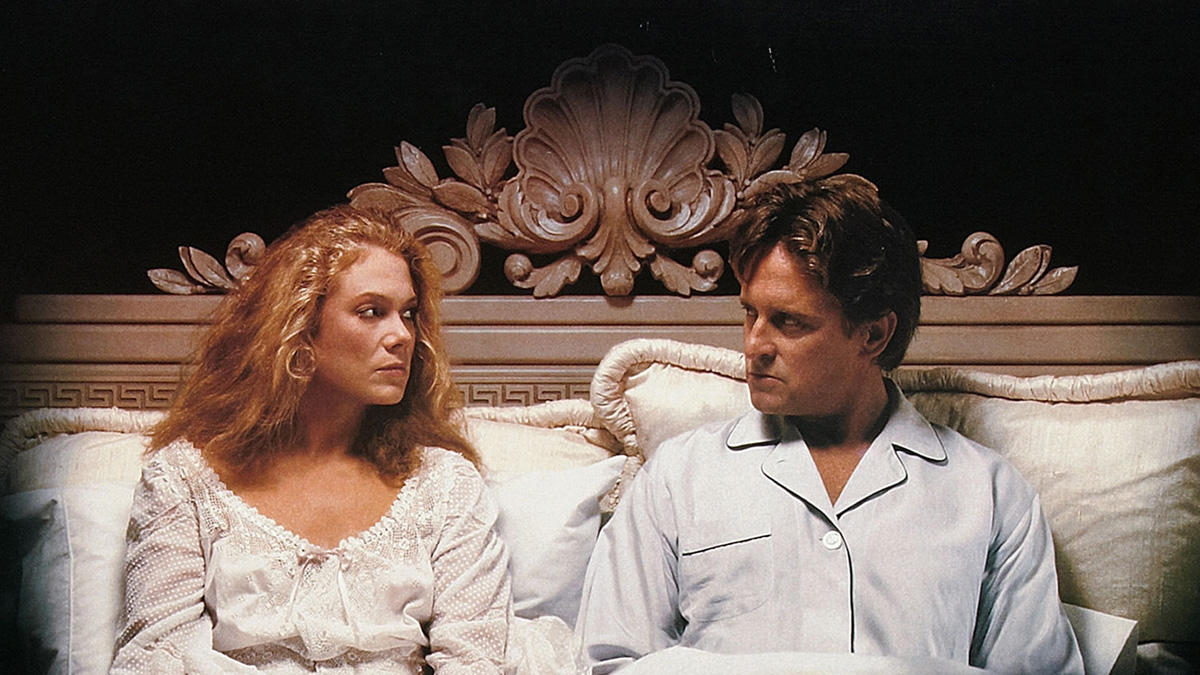 The black comedy film based upon the 1981 novel “The War of the Roses” by Warren Adler. The third film to co-star Michael Douglas, Kathleen Turner, and Danny DeVito, it follows a wealthy couple whose unresolved tension over mundane problems like choosing decorative figurines builds up until their perfect marriage dissolves into a messy and bitter divorce battle.

Lawyer Gavin D’Amato (Danny DeVito – who also directed the film) narrates the film’s story as a cautionary tale about his close friend and co-worker Oliver Rose and his wife Barbara to one of his clients. Oliver works hard to become a partner and successfully becomes rich enough to move into an old mansion that Barbara found and devotes her time renovating and decorating.

But she soon becomes restless when she finishes the house and tries to fill her free time with creating her own catering company. Barbara begins to dislike Oliver immensely and he can’t understand what he has done. During their divorce, Barbara completely changes from the person Oliver had met. Her focus on materialistic objects and contempt for her husband makes her set on destroying him. 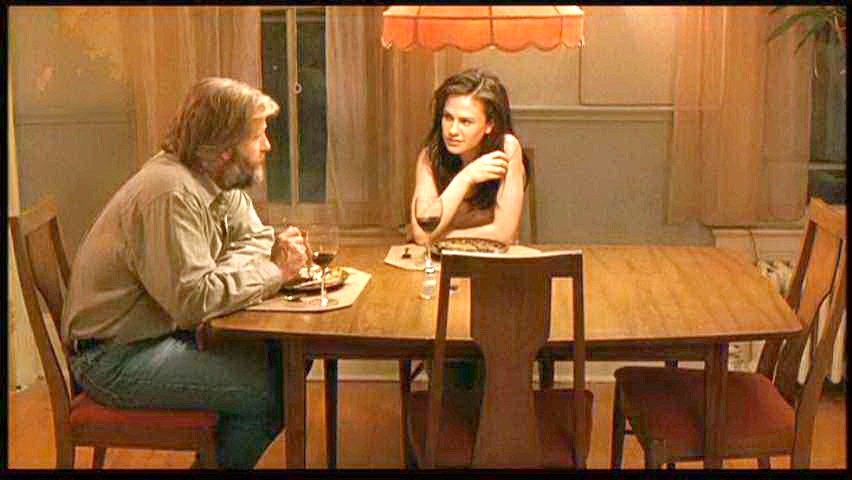 Directed and written by Noah Baumbach and produced by Wes Anderson, it’s no surprise that these two teamed back up after co-writing “The Life Aquatic with Steve Zissou” to make another movie about a dysfunctional family. This semi-autobiographical comedy-drama focuses on the divorce between the arrogant and once-promising writer Bernard Berkman (Jeff Daniels) and his unfaithful wife, Joan Berkman (Laura Linney) who has recently become successful in her own attempts at writing.

Their divorce results in shared custody of their two sons,16-year-old Walt (Jesse Eisenberg) and 12-year-old Frank (Owen Kline), who have to spend their time equally between their home in Park Slope, Brooklyn and their dad’s new apartment on the other side of Prospect Park.

The preconception is that at least one parent must be more or less emotionally steady and responsible enough to raise their kids. But in this case, both Bernard and Joan seem to have their priorities completely out of order. Their children are not allowed to eat sugary cereals or soda but they may drink beer. Both parents often ignore them in favour of new romantic prospects as Bernard soon asks one of his students (Anna Paquin) to move in with them while their mother starts dating Frank’s tennis instructor (William Baldwin).

They are often left alone despite the fuss their parents make about their schedule and bonding time.The two boys begin taking sides in the battle between their parents, with Frank siding with his mother and insisting on spending days that are supposed to be his father’s with her while the older Walt starts lashing out at her and continues to idolise and attempt to copy his father’s literary wisdom.

Shot with a handheld camera, the film was a critical success at the Sundance Film Festival, winning Best Dramatic Direction and Screenwriting, and was nominated for the Grand Jury Prize, as well as an Academy Award nomination for Best Original Screenplay. 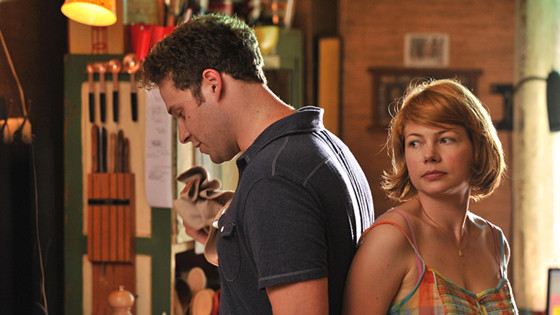 A unique film that utilises humour, maximises tension and the realism of love running out of the will to survive, it follows Margot’s (Michelle Williams) life after she meets Daniel (Luke Kirby), an artist slash rickshaw operator while on a business trip in Nova Scotia.

After a prior, brief encounter, they found themselves sitting next to each other on the plane. and while sharing the cab ride home, they realise they are close neighbours. And Daniel learns that she is married. No real harm, they only talked and innocently flirted. But each time they see each other on the street, their meeting always ends up turning into a “non-date”, that is incredibly similar to a real. Their chemistry seems to be incredible, fresh and new, unlike her relationship with her husband Lou (Seth Rogen) who although she loves, has ran out of things to say.

Margot develops ‘the grass is always greener on the other side’ syndrome and although she can’t let herself cheat now, she tells him that one day, after she has been faithful to her husband for fifty years, she will allow herself to kiss Daniel. But Daniel expertly, slowly and subtly seduces her and she finds it harder and harder to remain happy with what she is used to.

Sarah Polley succeeds in telling one of the more refined and realistic versions of affairs as the concept of emotionally cheating can be as serious and as dangerous as physical.