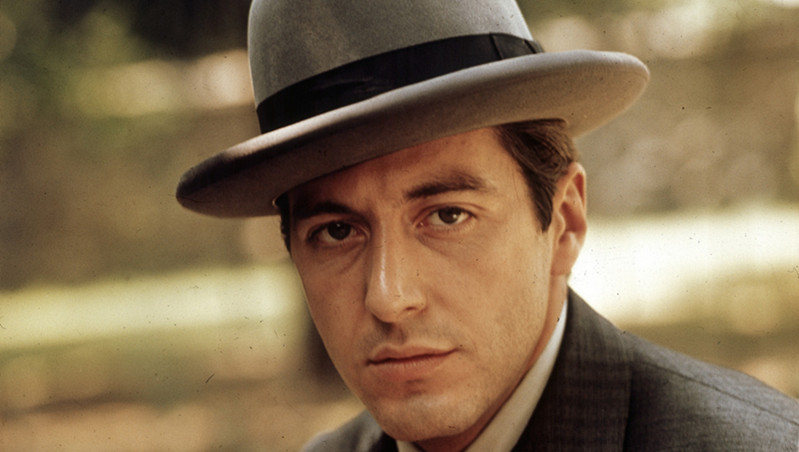 In his great book Easy Riders and Raging Bulls, Peter Biskind explains how the 70s were a revolutionary period that somehow “saved” the Hollywood industry. The decade introduced a new vision of cinema headed by directors like Martin Scorsese, Steven Spielberg, Francis Ford Coppola and George Lucas. As for Soundtracks, it wasn’t different. The decade presented new forms of music in cinema.

The 60s were the beginning of this revolution. The social and cultural changes had a tremendous impact on movies and Soundtracks. By the end of the 50s, Soundtracks were almost exclusively formed by Classical and Jazz arrangements, written by composers such as Max Steiner and Miklos Rosza.

The 60s saw new artists like Ennio Morricone, Quincy Jones and Lalo Schifrin mix their Jazz and Classical formations with any possible genre and experimentations. These changes started during the 60s, but they only reached their peak in the 70s.

This poignant theme is perhaps only comparable to the Thomas Crown Theme in therms of melodic beauty.

Legrand was a master at creating unforgettable melodies based on a gentle mixture of Cool Jazz and Orchestration. Here is another case of a soundtrack more remarkable than the movie itself. Legrand even won an Oscar for Best Original Music in 1971.

John Barry once said that he couldn’t imagine a soundtrack composer that doens’t about melody while creating the score. It’s hard to imagine a Barry composition primarily not in terms of melody. His works range through several genres like jazz, popular and classical, but all have the same trademark.

In this Historical Drama, Barry’s Soundtrack delivers the grandiloquent tone for the story of a nation. It is one of his best works in the 70s and quite different from the scores he became famous for: 007 and The Midnight Cowboy.

Giorgio Moroder can be defined as a Discoteque Quincy Jones: an enormous talented producer that always stayed behind the curtains creating challenging and unique music. His soundtracks are masterpieces of seminal electronic music.

Taking from Kraftwerk’s electronic fixations and adding robotic grooves, Moroder produced tons of music with diversified layers for movies like Scarface and The Midnight Express. On this Alan Parker prison break thriller, Moroder created a very eclectic sound, although always embodied with his specific elements.

17. The Harder They Come – Various

Reggae nowadays is considered a mainstream music genre. Many bubblegum pop artists like Rihanna, Lily Allen and Magic! have strong reggae influence. But things were a little bit different in the 70s.

Along with Bob Marley’s Catch A Fire, The Harder They Come opened many doors for reggae artists outside Jamaica. Jimmy Cliff turned into a popular artist after the movie, scoring his songs in other soundtracks.

The movie was heavily influenced by the atmosphere and violence of Blaxpoitation genre. The Soundtrack presented to the general public works of artists like Jimmy Cliff, Toots and The Maytals and Desmond Dekker. Even in the reggae field, it was an eclectic attempt: it contained elements of others genres as Ska and Rocksteady.

The Suspiria Theme is divided in two parts: the first one is a frenzy crescendo of mandolin chords, primal percussions and demons voices; the second is a Prog Rock apotheosis of guitars and synthesizers.

Bill Conti later revealed himself not to be as original as his influences, but in Rocky his music helped the Movie achieve its blockbuster status. Gettin Strong Now is a timeless piece, a track that can be heard in gyms and martial arts academies all over the world.

14. Investigation of a Citizen Above Suspicion – Ennio Morricone

It’s hard to decide between the two collaborations between Ennio Morricone and Elio Petri in the beginning of the 70s: Investigation of a Citizen Above Suspicion and The Working Class Goes To Heaven.

Morricone composed two of his most climatic scores for Petri’s political masterpieces. The Italian composer says that he felt the need to create a grotesque sound mixed with popular elements for this score. He used “peasant” instruments like Mandolin and the Jew’s Harp. The result was a mix of bizarre synthesizer sounds, a whistling melody and tension all over the place.

Although complex and diverse, the Soundtrack has a simplistic element that reached its peak in Morricone’s work for John Carpenter in The Thing, in which only two cords (E and F) build an eerie atmosphere.

Saturday night Fever starts with the Bee Gees Staying Alive along with images of Tony Manero walking on the streets of Brooklyn. He chases girls unsuccessfully. He is not a big shot on commercial time.

Finally, he gets home and posters on his walls show his heroes: Bruce Lee, the figure that represents the outsider (chinese) fullfilling the American Dream and Rocky Balboa, the Italian Stallion, just like Tony, an Italian-American trying to prove he is a winner. Flashes of the dance floor and the Discotheque environment starts to appear on screen. On the dancefloor, Tony is a winner, a popular guy praised for his abilities.

Saturday Night Fever, just like American Graffiti, is the perfect portrait of a generation and the style of a certain time. The bedroom scene is so epic that was later imitated by PT Anderson in Boogie Nights. There are amazing disco songs by Bee Gees and KC & The Sunshine Band, mixing up tempo funky beats with mellow ballads like How Deep is Your Love.

George Lucas and Steven Spielberg created in the 70s their blockbuster style of filmmaking with the help from mesmerizing compositions by John Williams.

Taking from Bernard Herrmann’s scary and simplistic style in Psycho, John Williams created a score that is until nowadays associated to tension and danger. He mimics the shark’s heartbeat with two-note crescendos that are also related to breathless anxiety.

This Soundtrack is the perfect sample of Lalo Schifrin’s work: a Jazzy atmosphere combined with whatever the Argentinean composer wants to put in it.

Lalo did a great job in Steve McQueen’s Bullitt in the 60s, but in the 70s he went to a new level of originality with his works in Dirty Harry and Enter The Dragon. Lalo’s music was thrilling and exciting, the perfect match for heroes like Clint Eastwood and Bruce Lee.