Scarecrow gives us two dotty outsiders, Francis, a sailor with a childish grin back from sea and Max, a more serious character who doesn’t believe in fun and laughing who just got back from prison. Both drifters and dreamers. That’s pretty much all they have in common. Max wants to start a carwash, while Francis wants to go see the son he never met. They take us to a beautiful journey, soulful and strange at the same time.

They are drinking buddies as well as doctor and patient, master and servant, messiah and acolyte…perhaps even soul mates. As soon as they meet for the first time the two men take to each other instantly. Their dynamic is interesting. Quell is Dodd’s yang and vice versa. Sometimes violent and sometimes explosive, but always absurdly beautiful and thought provoking. 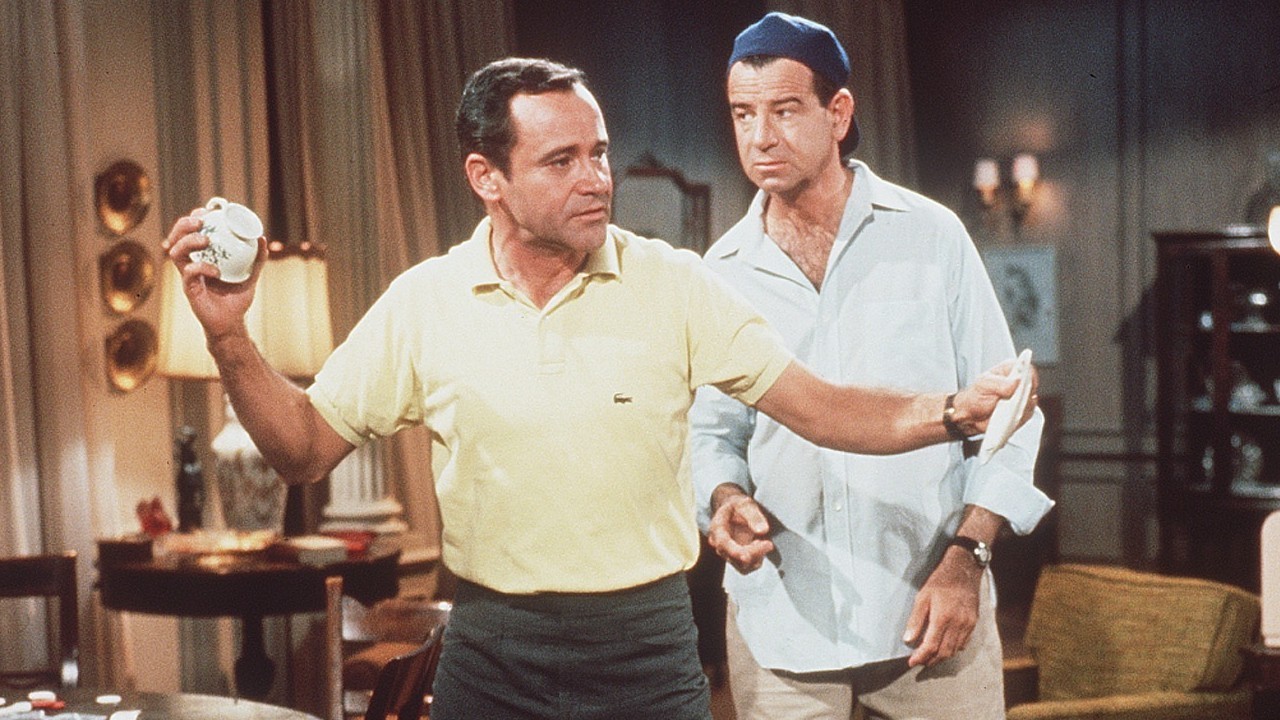 An enticing double act from Jack Lemmon and Walter Matthau as a pair of divorced husbands who have to live together for a while only to discover in the process what made them unbearable to live with in the first place. Lemmon is the neurotic one who can’t even jump out of the window because he can’t get it open. Matthau is the even tempered slob always looking for a good time and doesn’t hold back. The funniest male duo of all time, accompanied with some killer one-liners. 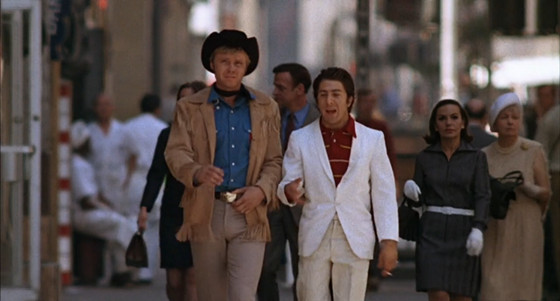 It’s a movie about two punks who combine forces to leave their mark in this concrete jungle called New York. Their deal is: Ratso will be the producer and Joe the client. These direct opposite become very good friends throughout their adventure, and with money coming by the hard way they decide to take a bus to Florida. But things don’t turn out that great. Midnight Cowboy is a realistic tale about two low life, failed buddy dreamers. And we love it to death.

Undercover FBI agent Reeves strips for action and gets into some serious male bonding with he infiltrates the Californian surfer fraternity who are also suspected of being bank robbers called Ex-Presidents. During the investigation, Reeves becomes fond of his new surfer buddies and addicted to the adrenaline rush of life on the edge. Best buddies and worst enemies at the same time, thrilling performances by both actors, some say it’s Swayze at his best, and we don’t disagree.

The story follows an ambitious young jazz drummer Andrew as he wishes to become one of the greats by first impressing his uncompromising teacher Terrence into giving him a shot. The way Fletcher tests his drummers to the limit is sadistic. But ultimately they end up testing each others’ limits in this captivating music thriller.

17. Fear And Loathing In Las Vegas

Fear and loathing In Las Vegas is a messy, surrealistic freak show in which Duke and Dr.Gonzo stumble through hotel rooms and casinos mostly jabbering in gibberish, vomiting into toilets and acting like bottom-feeding psychotics. With that being said, it’s two guys in Vegas high on acid enjoying they hell out of it. And truth be told, that fun vibe is contagious to any person who watched this movie that gave us astounding performances from both Depp and Del Torro.

Harvey Keitel is a young mobster on the rise and Robert De Niro is his brutish irresponsible nemesis in one of the earliest films of Marty Scorsese. Gripping and daring. The duo is fresh and filthy, two rascals trying to make it. The performances that made them famous and would serve as a pedestal for their successful careers. 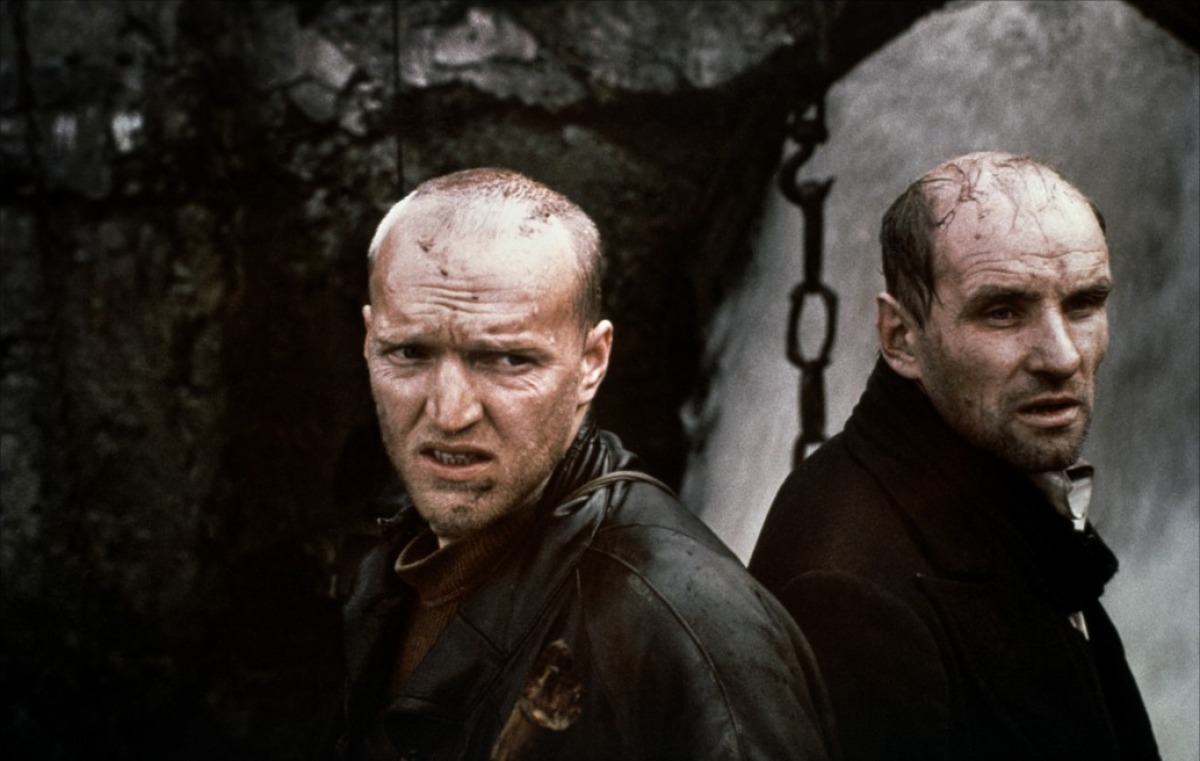 Stalker is a remarkable metaphysical and philosophical analogy of human need and desire to find itself and to find happiness. The Stalker accompanies the professor and the Writer to a mysterious journey in The Zone. The Writer and the Professor never become friends, always discussing different philosophical point of views, and sometimes their discussions become very heated. Certainly their dialogues are some of the best scenes in the movie, two completely different people in search for the same cause. 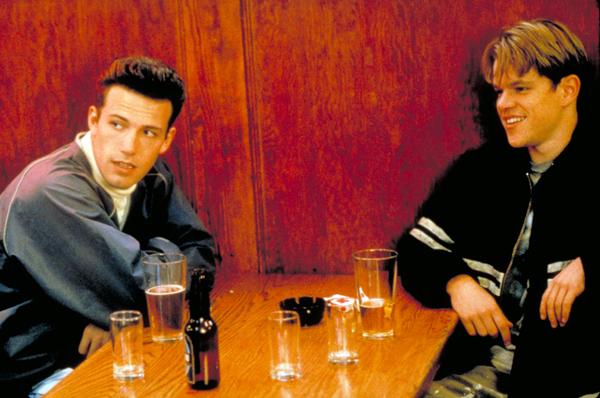 Affleck and Damon not only acted on it but also co-wrote it. And certainly the best quotables they saved for themselves. Monumental performances, funny, heartfelt, meaningful. Two brothers and best friends always having each others back. Now how you like them apples?