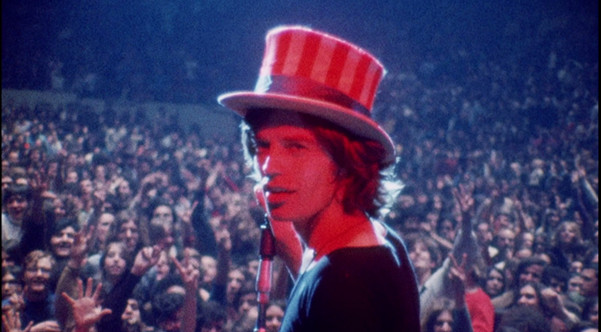 There are plenty of moving documentaries (The Fog of War, Harlan County, USA, Michael Apted’s Up series ) and plenty of fine rock ‘n’ roll films (American Graffiti, Backbeat, Almost Famous), but there are only a select number of really excellent rock ‘n’ roll documentaries.

Given the built-in commercial appeal of the subjects, it’s been all too easy to make mediocre cinema by pointing the cameras at any briefly popular act and reaping the resultant spin-off profits. Rock critic Greil Marcus once noted how the typical rock doc featured the star as “he mumbled something backstage, jumped into a limousine, looked wasted and people paid to see it.”

Before home video, rock ‘n’ roll movies were often exhibited as midnight campus or drive-in screenings, which served as substitutes for real concerts, complete with Frisbees, Ripple fortified wine, and psychotic episodes. Several in the following list were part of a synergistic movie-and-album release where the marketing of one reinforced the marketability of the other.

Yet the best managed to rise above mere exploitation and turned into something combining the insights of considered reportage with the exhilaration of intuitive music. In contrast to the later rock video format, rock documentaries weren’t just devised as promotional shorts commissioned by record labels – sometimes, in fact, they recorded imperfect performances and often exposed incriminating personal habits.

They also tended to emphasize on-the-spot coverage of spontaneous events rather than staged and rehearsed simulations (though they did contain their share of convenient cuts and overdubs), in a few instances taking in completely unexpected crises in real time. While snippets from many have turned up in various anthologies and televised rock histories, it’s important to recall that many of these highlights from the rock heyday began as stand-alone statements, as the filmmakers genuinely aspired to make organic films rather than mere compilations of filmed songs.

Whatever your preference in rock docs, do the musicians and cineastes justice by seeking the best available editions – they deserve to be seen and heard in the full spectrum of their remastered glories.

Of course, there are also the requisite comparisons to This is Spinal Tap (1984). With the possible exception of the disaster movies by the Airplane! series, no category of the medium has been as pointedly parodied as rock documentaries.

By now it may be difficult to view any nonfiction film about pop musicians without recognizing the clichés embodied in David, Nigel, Derek, and their rotating cast of drummers, and even the mock-authentic visual motifs of Rob Reiner’s comedy (talking head reminiscences interspersed with archival spots; concert takes followed by backstage dramas) were accurate spoofs of many “straight” rock accounts.

However, Spinal Tap were meant to be a laughably third-rate band on their way down. The players featured in these pictures were among the greatest of classic rock, and the achievements and tragedies immortalized therein have become iconic fables of twentieth century popular culture. 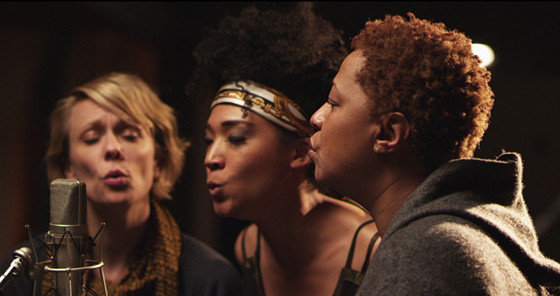 Inspirational profile of vocally famous but facially unknown backup singers, including Merry Clayton, who shrieked “Gimme Shelter” while pregnant, and Darlene Love, reduced to working as a house cleaner when her uncredited self came belting the holiday standard “Please Come Home For Christmas” over the radio.

Twenty Feet serves as a kind of alternate history of pop, acknowledging all the unique, dedicated, and talented musicians who didn’t become superstars. Though there’s appreciative commentary from backup beneficiaries Stevie Wonder, Bruce Springsteen, and Mick Jagger, the story still belongs to the women. 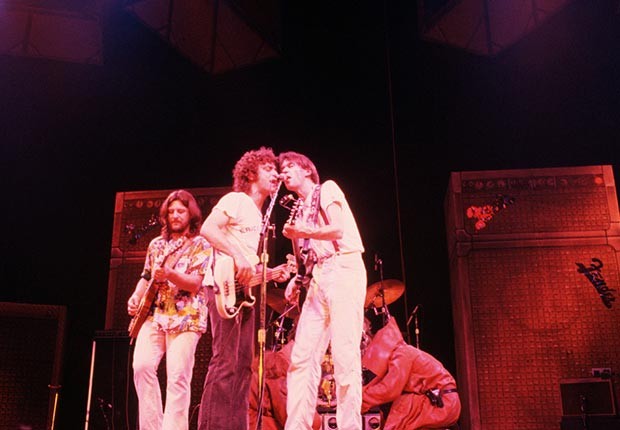 The stage set, complete with oversized amplifiers and “roadies” dressed as Jawas from Star Wars, is characteristically quirky, and the photography is no match for Scorsese’s or the Maysles’, but the overwhelming acoustic-electric show of some of Neil Young’s best songs, supported by the redoubtable Crazy Horse, more than makes up for it all.

Bookended folk and hard rock versions of “Hey Hey, My My” pretty much sum up the performer’s entire career, and possibly even the entire medium of rock ‘n’ roll. As good and as ferocious a recital from the idiosyncratic Bernard Shakey as you’re likely to witness. 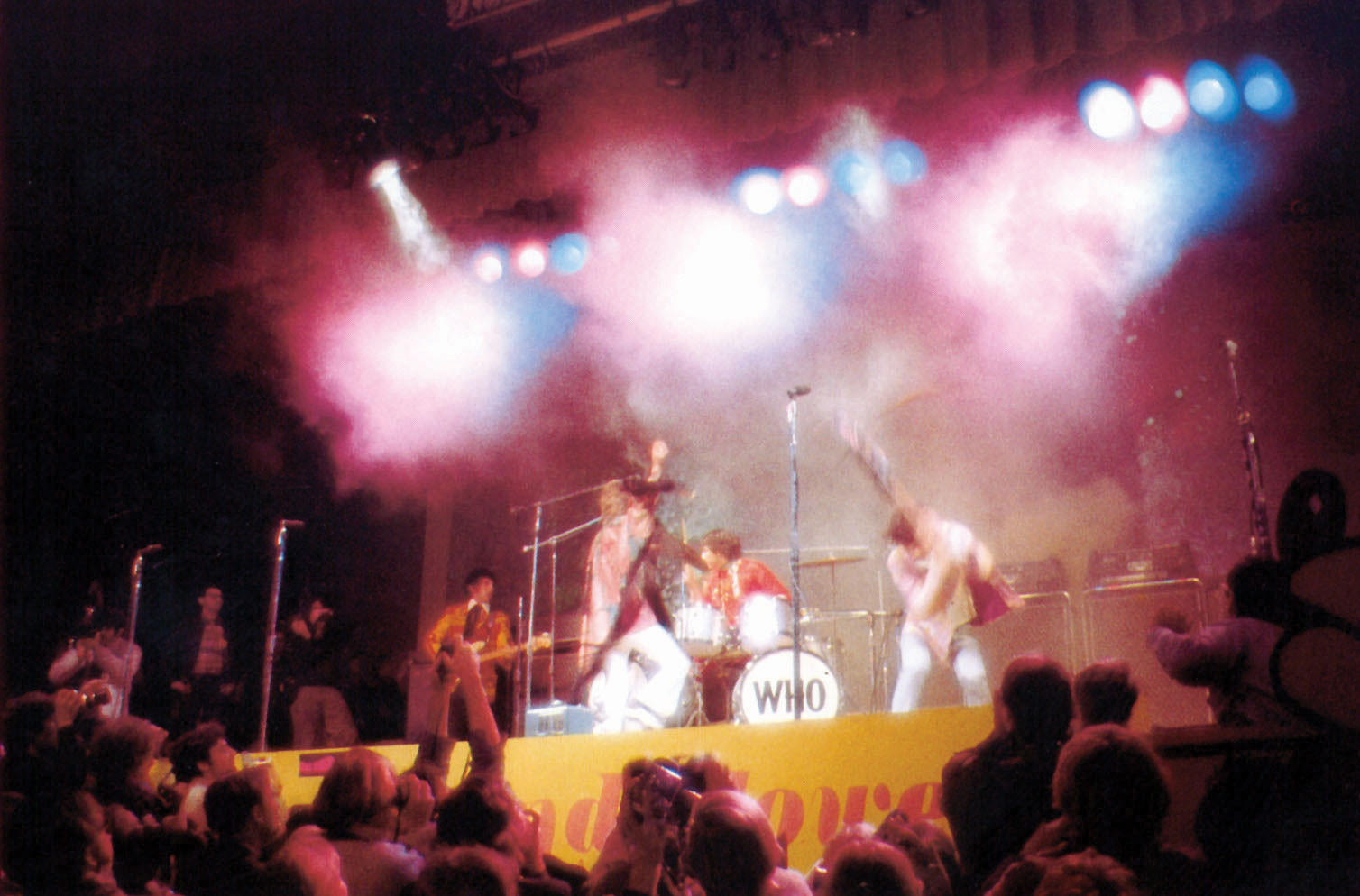 The granddaddy of the genre still merits acclaim on the strengths of the performers, several with not much longer to live – Otis, Janis, and Jimi – but also as a pioneering pageant of psychedelia in the Summer of Love. Never before had the look, music, lifestyle, and demographic wallop of the ‘60s generation been so triumphantly documented. “This is the love, crowd, right?” asks Otis Redding. It sure was.

As with Woodstock and other concert films, judicious editing here trimmed a three-day event into a manageable length. Various “comprehensive” video and audio versions have been retailed but the original remains the most concise. Full disclosure: approximately during Otis Redding’s “Try a Little Tenderness,” the current writer was being birthed many miles away. Coincidence? Or the Gods of Rock? 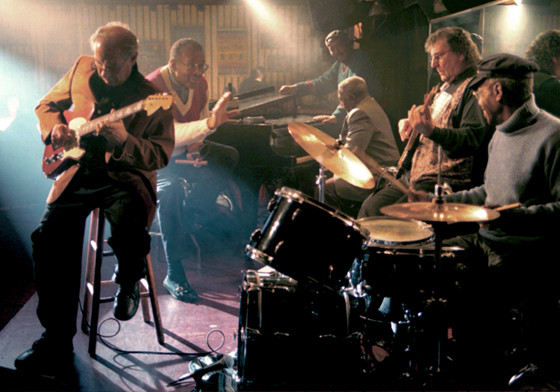 A long-overdue celebration of the Detroit session aces who backed up the Supremes, the Temptations, Marvin Gaye and the rest of Berry Gordy’s stable during the label’s best years is an informed look of record production and the studio musician’s craft, as well as a sometimes heartbreaking story of anonymous pros missing out on a fame they helped build and in which they ought to have shared.

Short dramatic recreations are effectively alternated with latter-day artists playing with the surviving “Funk Brothers,” who made the original music. The emotional exchange between Motown regular Bob White and new blood Meshell Ndegeocello itself makes it worth a watch. 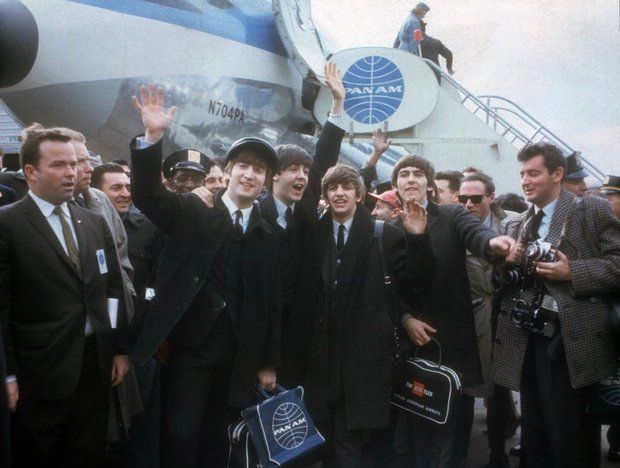 John, Paul, George, and Ringo’s performances on The Ed Sullivan Show in early 1964 form the rightfully celebrated centerpiece here, but it’s the handheld eye-of-the-hurricane scenes of the group arriving at JFK, hiding out in New York and Florida lodgings, and taking the train to Washington DC that are really compelling; the intimate minutes as they leave their hotel for their first Sullivan show on February 9 feel like the hush before history, which indeed they were.

Unlike the TV segments, the documentary parts will be less familiar to most fans, showing the offstage Beatles still giddy with the thrill of Beatlemania. The raw energy of the Washington concert – Ringo thrashes those Ludwigs – is electrifying. 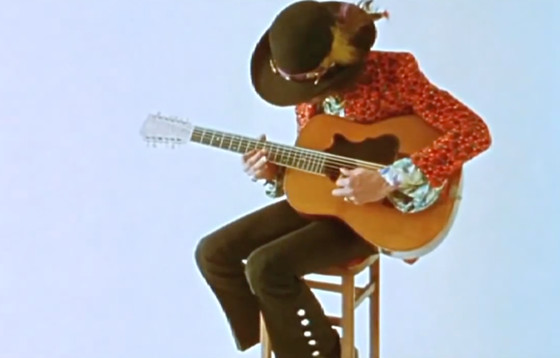 This comprehensive array of live and studio footage put together shortly after the guitarist’s death in 1971 was the first of many posthumous audio and cinematic retrospectives but the one that best established the legend. In the years before VH-1 and the Internet, there weren’t many other sources of quality Henrixiana. Such an integration of material would almost impossible today, what with the thickets of copyright and licensing restrictions erected around even second-tier artists.

A roster of unguarded other stars – including Pete Townshend, Eric Clapton, and Mick Jagger, who looks like he just fell out of bed – testify to Jimi’s greatness, and scenes from Monterey Pop, Woodstock, the Isle of Wight Festival and Jimi’s private rendition of “Hear My Train A-Comin'” on acoustic twelve-string bear them out. 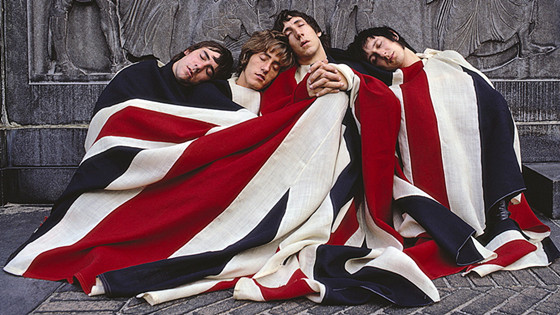 A wild ride of deftly assembled performance and interview clips of The Who, demonstrating how they had once sat with the Beatles and the Stones as rock’s reigning triumvirate. Drummer Keith Moon inhabits his persona as Moon the Loon behind and away from his kit, while the others display an anarchic proto-punk attitude no other band of their class could pull off.

The opening scene of an explosive 1967 appearance on the Smothers Brothers Comedy Hour is where Pete Townshend lost a good part of his hearing. For anyone lamenting the continued existence of the Townshend-Daltrey counterfeit, this is a good place to rediscover what made the original Who so powerful.