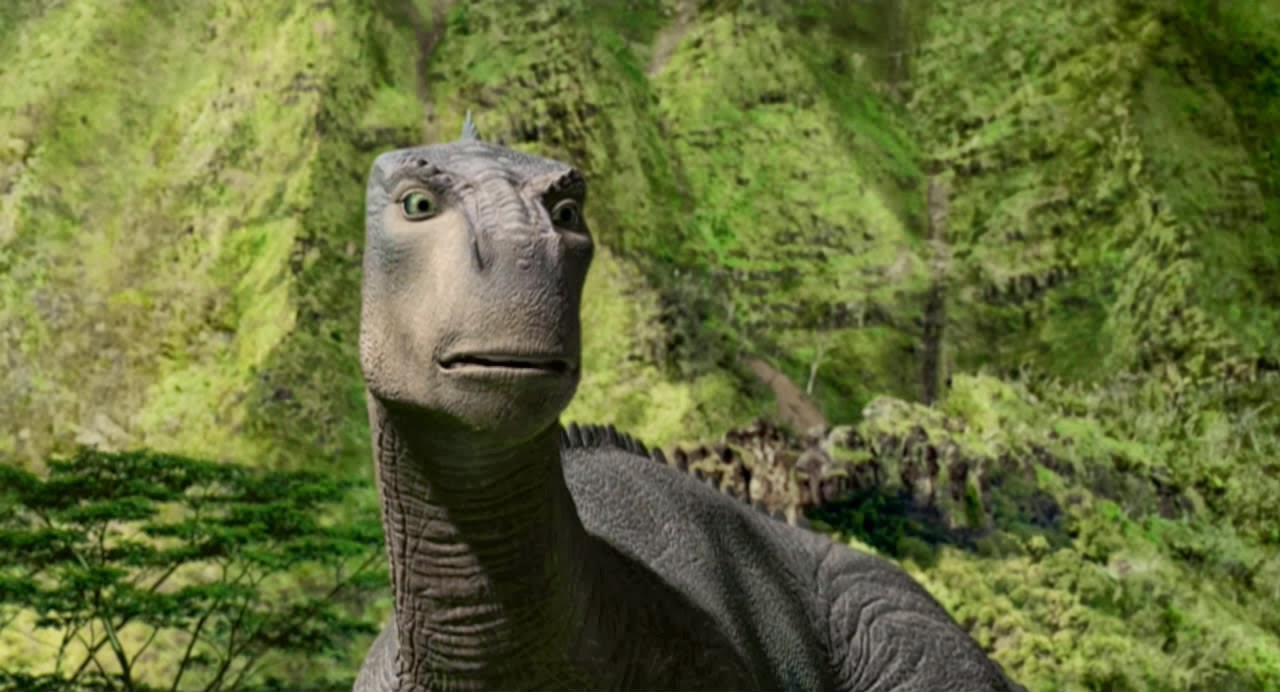 This will be the last movie that is either mediocre or a disappointment. And boy was this movie a disappointment. Of course anyone who grew up liking dinosaurs has seen the land before time series of films. The idea of traveling dinosaurs is nothing new as a movie concept, yet when dinosaur came out, they seemed to believe reinventing the wheel was a better approach.

CGI was not the wrong way to go, but going with dinosaurs that no one had heard of just made this movie kind of sad to watch. Of course the idea of seeing dinosaurs look more realistic while also telling a narrative sounded interesting, but if you have a boring, bland actor play your main character, what is the motivation to root for them?

On the same note, why would you choose a creature that no one cared about as the protagonist? Now a villain that is understandable. Velociraptors would never have gotten popular without Jurassic Park and weren’t all that popular before the film. But if you are trying to get a lesser known creature over, having him be dull and plodding is probably not the best way to go about it. That being said, the film was truly visually stunning, just wish the storyline was worth a bit more.

4. Legend of The Titanic 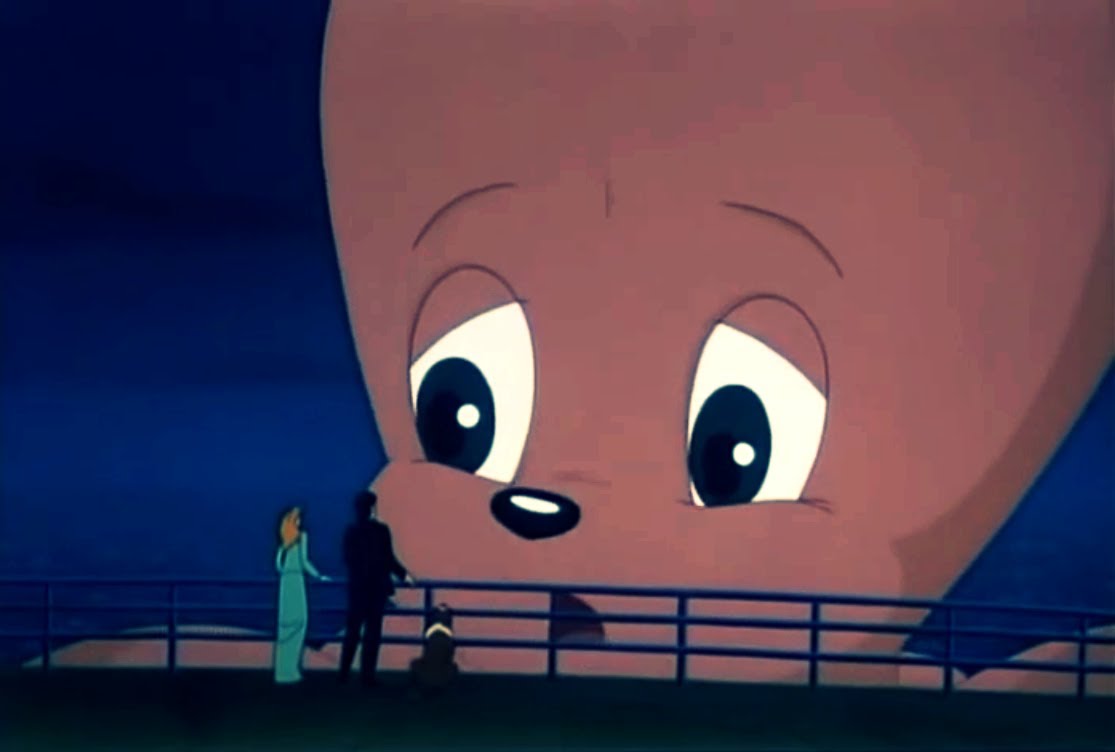 So breaking news here, The Titanic never sank. Yup, well if this movie is to be believed. According to this until recently obscure Italian movie. A giant octopus made the ship come back together and no one died and the octopus saved everyone. Now that the awful ending to this piece of garbage has been stated there is more to say.

This film isn’t at the top of the list because it doesn’t deserve it. It is a comical retelling of the James Cameron movie but even campier. The movie’s animation is just god awful to look at. Instead of going a CG route like many knockoffs, this one decided to go with more traditional animation and in order to save money, they repeated several animation shots over and over rather than making anything look fluid.

The film is a sad cash in that rather than maybe trying to make a legitimate animated film for both adults and kids regarding the Titanic disaster, they instead turned it into some farce. Animation can be used to entertain and the titanic is a story rife with intrigue and a plentiful backstory with many real people and yet this was superseded, all in order to have anthropomorphic animals act as heroes instead.

3. Cartoon All Stars to the Rescue 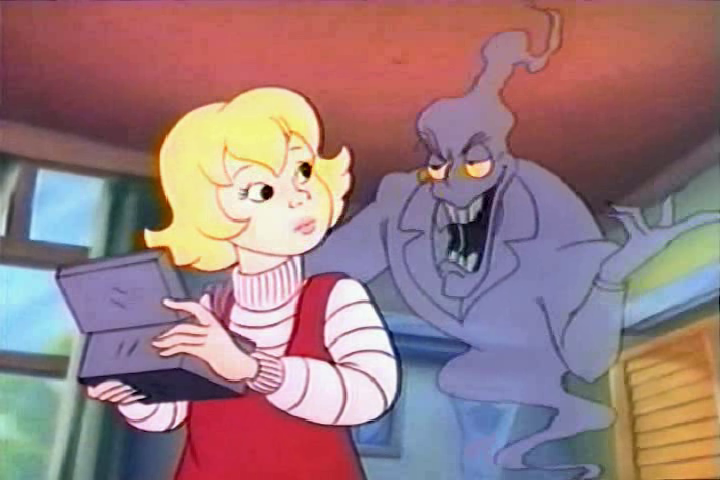 By giving massive disinformation about marijuana this special helped create a wave of children who were woefully out of the loop in regards to this which has caused legitimate issues in the field of medicine, politics, and over all social awareness.

The cartoon is a special regarding a boy who is down a dangerous path because of ‘the evils of marijuana’, so all his toys come to life and tell him what he is doing is wrong. Now of course kids should not do drugs, but was it necessary to lie outright and use major cartoon characters to do so?

The idea of a super show that had the Ninja Turtles, Alvin and the chipmunks, Bugs Bunny, Daffy Duck, and Winnie the Pooh along with several other important 80’s cartoon characters was so awesome, but to squander it with something so inane is actually painful. Now if you like terrible and cheesy things, this is actually great and it has done the opposite of its effect for many viewers.

This has become a bit of a cult classic among stoners and drinkers to watch as an open rebellion and to laugh at how terrible it is. The animation in this is also what hurts, because this was supposed to be a fusion of many different characters and art styles, but really, it just turned into a monochromatic blur that was not really discernible.

The only reason this stands the test of time rather than falling into obscurity is the characters involved. If this was just a standard cartoon with Donald the anti-drug dog, it would be only known by weird drug war history nuts and honestly that’s where it should have stayed. Getting the rights to these characters and actors was obviously a monumental task, but it’s just sad it was all for such a monumental failure. 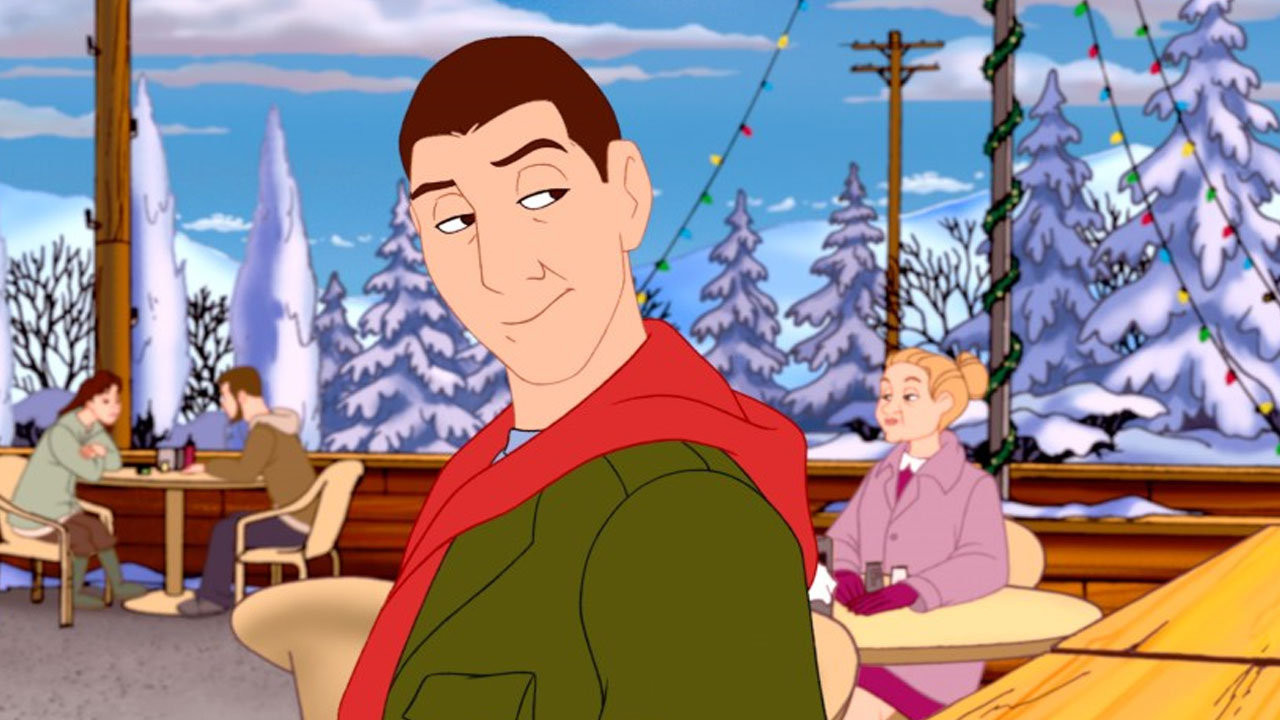 With the holidays slowly approaching, it is probably necessary to mention one of the worst animated holiday specials ever made as well. But this would still be on the list even if it was July. This movie was something that looked good aestheticall,y but that is as far as it goes.

The songs run the gamut of mediocre to terrible. The best example is the song Technical Foul which has all three of Sandler’s voiced characters (David, Whitey, and Eleanor) singing at once. This sounds just as bad as you might think, while Sandler’s main character David isn’t all that bad of a singer because it’s his normal voice, it’s where the other two just drain and feel like what listening to an off off off off Broadway showing of A Fiddler on The Roof.

We then throw in painful racism by Rob Schneider with his portrayal of an Asian character that makes the Chinese singers from A Christmas Story feel politically correct and then a literal poem about mass commercialism and you have a holly jolly plate of crap cookies with rotten milk.

The point of a Christmas special is to make you feel some form of joy or hope, but this movie does none of that. While the ending does have David’s mentor, Whitey Duvall finally getting the recognition he deserved for all his hard work, there isn’t much of a point.

You get the feeling that once the holidays end, David will just go back to his old boozing jerk ways. He has no job prospects, no real skills to speak of aside from basketball and he has been in and out of jail practically his whole adult life. The best case scenario is that he gets some go nowhere job in his hometown or continue to be a leach off his new girlfriend or Whitey. This just overall has no real redeeming quality for a holiday movie and no acceptable conclusion. 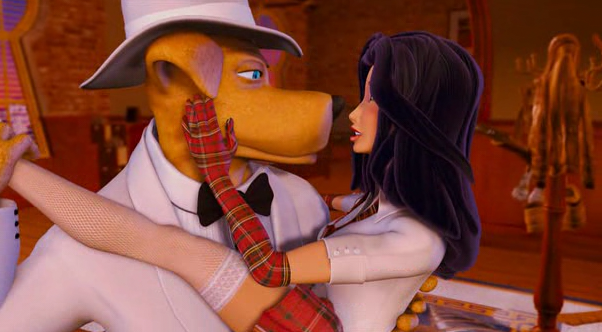 By far the most money ever lost on an animated film. Some people could get every dime of the gross for this film and still not be able pay off their mortgage. The movie had a 45 million dollar budget and only made 73 thousand dollars. Just imagine that.

Now this isn’t all the movie’s fault, originally the movie was supposed to be released in 2003 but due to producer incompetence, it didn’t come out for a decade. This movie had pre-meltdown Charlie Sheen, Eva Longoria, and Hillary Duff during the peak of her popularity. This movie could have been a license to print money, but even if it had come out at the right time, the first time anyone would have read a review, they would have avoided it like the plague.

A movie about marketing icons like Mr. Clean, and Mrs. Butterworth. What kid wouldn’t want to see that over Finding Nemo, or Brother Bear? Except practically all of them, this movie was rife with lame jokes and the main characters weren’t even legitimate characters for real products. Charlie Sheen’s character, Dex Dogtective, yeah, it’s as stupid as it sounds, has to find his girlfriend who is surprise kidnapped by the main villain.

And yeah you know that the main character goes into a deep depression for an extended period of time because of it. The movie’s plot is the most formulaic possible. Every movie cliché finds its way in here. The villain threatens the girl friend, check. The hero says he won’t go back to his old job but reluctantly does, check. It’s just a never ending cavalcade of hackery. But that doesn’t even begin to explain how awful the animation is.

This is a CGI film that has the look of a mock buster like “What’s Up: Balloon Rescue”. For the budget that this movie had to be this unpleasing to look at is unbelievable. Especially when looks tend to be a key point for any animated film. There is no excuse when we all saw four years before the beautiful works that were Toy Story 2 and Shrek all came out two years before this.

Now setting a CGI film up to those standards might be unfair ,but to ask them to at least reach half of the quality of that and then failing to hit that bar is inexcusable. You include the budget, the poor writing, and poor acting and this movie which could have at least been something became by far the worst animated film ever made.