In the world of cinema, dialogue can sometimes be a hindrance. Films may get bogged down in the foolish words we speak to each other, and meaning may be lost. Each film on this list articulates of a special kind of magic that can never be spoken: the allure of the singular moment. This moment can only be hinted at. It can be expressed by the slightest movement of the head, a quick cut to a faded window, or a pair of shoes given in earnest.

These are moments of revelation, and revulsion. They are pure human moments left to the realm of cinema. It is only through silence and contemplation that they can exist. Only when words are eluded, may true emotion be expressed. One may come away from each of these films feeling so beautiful and in touch with the world. If only for a moment

The films on this list range between feature length and short. Some are completely silent, while others employ music or narration. Most of these films are European or American but many themes and styles are on deck. The films range from the stark isolation and emotional bereavement of The Naked Island, to the wild joy of childbirth in Window Water Baby Moving. Each is a deeply thought out representation of the human experience. Some of these films are tragic, others are ecstatic, but they are always honest.

In the time preceding Derek Jarman’s death from AIDS, a blue pall clouded his vision. Blue is a feature length experimental film featuring only a blue screen and recorded words from his friends and family.

This is the only film on the list that features sound and no on screen images. One cannot help but be mesmerized by these whispered words that seem to come from another world. The narration speaks in poeticisms about the ravages of AIDS and bits on daily life. Tilda Swinton lends her voice, which echoes like a spirit from another plane.

This is not a film that one can watch without looking inward. Blue is a colour that often stands to represent the emotional depths inside. It is like water, the undercurrent of our lives. It is the words we never say, and the feelings we cannot look at. It is, perhaps, a perfect expression of what a person may hear in the moments before death.

Disconnected sounds and discovered moments seem to become the essence of life. In a film that morns his impeding death, Jarman’s Blue is a dream about what has been, and what has been lost.

A family lives alone on an isolated island in Kaneto Shindo’s meditative 1960 film. The island has no water source so each day, twice a day, the parents’ journey to the mainland to bring water to their home. The mother takes her son to school, the family eats, and they water the crops. It is a simple life but for Shindo, these moments of struggle are not romanticized but presented with backbreaking authenticity.

The score tinkles endlessly over the daily motions and tasks of the family. It is at first an expression of celebration at their hard work, but begins to feel ominous as it continues unwavering. Never a word is spoken between the family members. Their singular job is to survive. Their emotions are muted and barely expressed.

As the mother carries the heavy water up a steep, sandy hill in wicker sandals, her steps begin to falter. There is an expression of muted agony on her face as the weight of the water bears down on her. She stumbles and is met with a slap in the face by her husband. There is no room in this world for waste or mistakes.

The film ends as it began with the parents carrying water up that sandy hill. The camera pans away in an aerial shot leaving the family where we found them: alone in the middle of nowhere.

Unlike many of the films on this list, Kenneth Anger’s 1964 film, Scorpio Rising has little by way of cohesive narrative. What we are met with is 13 popular songs of the day overlaid with images of different men and motorcycles readying themselves for a rally. Scorpio Rising feels like a music video. The images are fetishized and caressed by the camera.

At times the camera’s gaze is almost tender. The motions of a man buckling and zipping his leathers look thoughtful and delicate. Within all this hyped masculinity and powerful machinery, Anger called their craft American mechanical folk art. The indication being that theirs is a grassroots counter culture. They are pure and unaffected by the hypocrisy of the mainstream.

Many attribute heavy symbolism and metaphor to Scorpio Rising. Indeed, it is easy to intellectualize a film that contains such strong imagery. Anger stated that much of the movie was filmed as it happened and the apparent symbolism was coincidence. It works that way. It’s not important to get bogged down in the imagery but instead experience Scorpio Rising as a documentary. It is an expression and preservation those seen on screen who are trapped in a frozen moment. 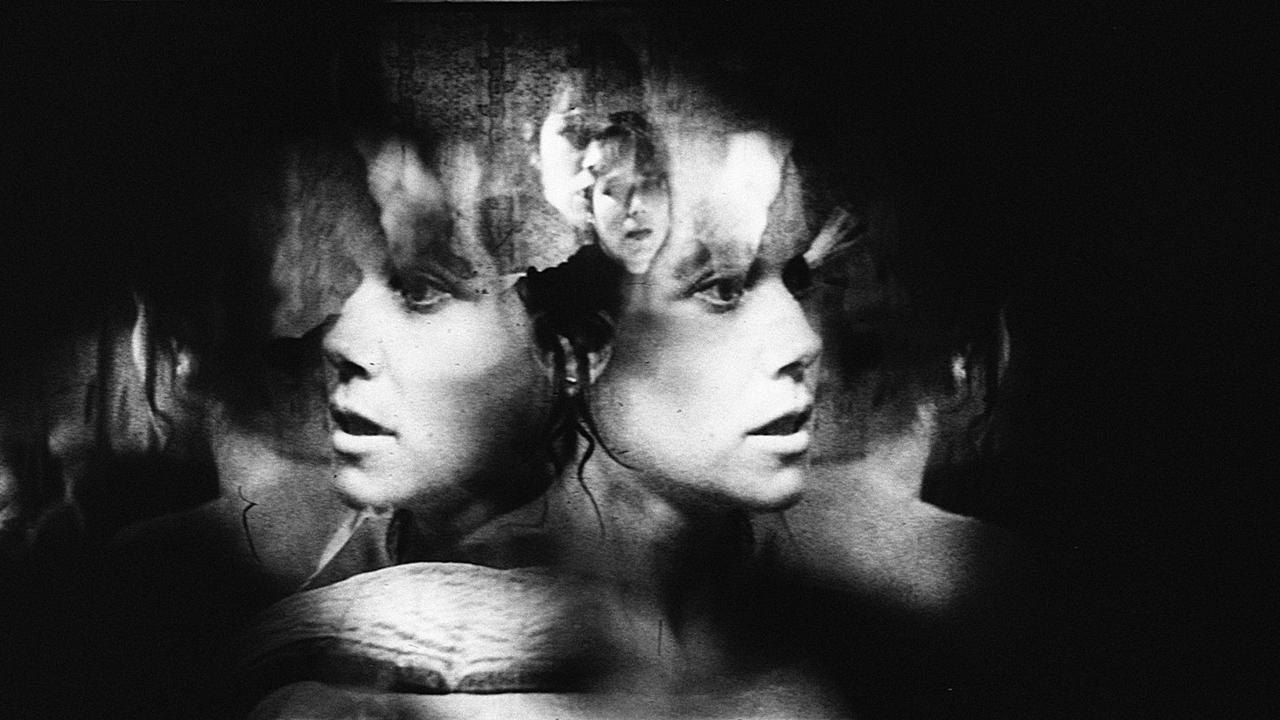 The apparatus becomes inverted in Peter Tsscherkasky’s 1999 experimental short. Using found footage from 1982 B-movie The Entity, the film tells a loose story about a woman being terrorized by a supernatural being. Everything is felt through the physical medium of film.

The horror experienced is told through the flickering and fracture of pieces of film. Her image is superimposed over itself as the ‘entity’ begins to affect her. Over time the picture begins to disintegrate. It strobes rabidly, leaving the viewer confused and terrified. All knowable images disappear and empty sprockets zoom by unintelligibly. Outer Space is a horror film, but unlike any horror ever made.

Tscherkassky uses the apparatus, the film itself, to craft the terror seen on screen. Clocking it at just over 9 minutes, it is more intense and frightening than most feature length horror films. It is not jump scares or gory imagery that leaves the viewer feeling unsettled, but the clever manipulation of the medium. Tsscherkasky has found a way to express his version of the cinematic language. It is simple but highly effective. 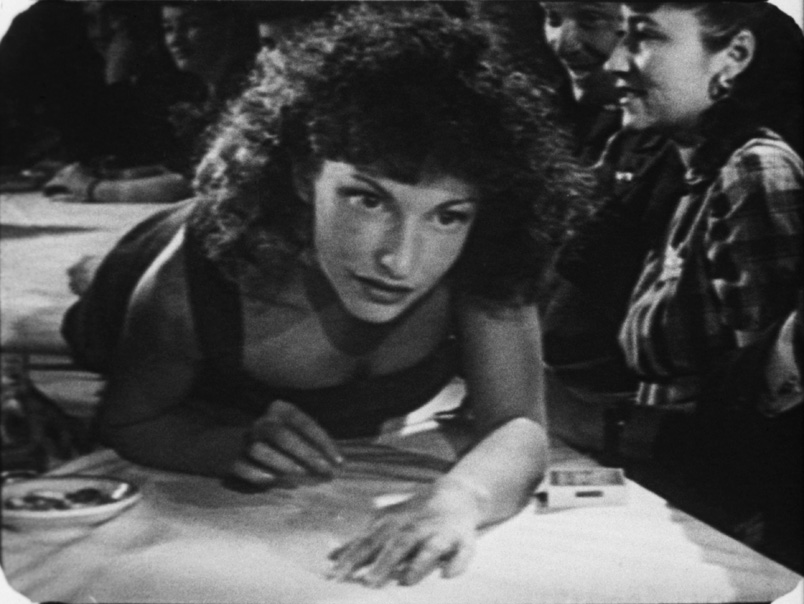 In Maya Deren’s 1944 film At Land, a woman (Maya Deren) washes up on a beach and enters a dreamscape in search of a missing chess piece.

Deren was not interested in film as a vehicle for narrative or storytelling. She believed that films must craft their own artistic language in order to effectively bring movie making into the realm of fine art. She accomplished that with Meshes of the Afternoon (1943), a psychotic drama of a woman haunted by her own mind.

At Land is a re-emergence. It is not bogged down in schizophrenic prolapse but rather, embraces the possibilities and joys of existence. Deren’s film is deeply symbolic and uses many clever editing techniques to guide our heroine through her dream. As she climbs up the side of a fallen tree she finds herself peeking over the edge of an elegant table.

Bourgeoisie men and women sit smoking and talking, ignorant to her presence. The film cuts back to her feet climbing on the wood, than the table again. Shots of her climbing the length of the table are juxtaposed with images of her crawling through dense brush.

Deren is never where she appears to be. She moves through people and places like an apparition, sometimes seen, and sometimes not. She enters a dilapidated shack only to see a fine home, the furniture covered in white sheets. Ideas of truth and fallacy are interwoven to create a film that is deeply subjective.

At Land is an entirely silent film with no recorded soundtrack. This wilful silence allows Deren’s clever filmmaking to shine through. What is said or heard by the character is unimportant. Deren never tells us anything, but leaves us the task of engaging in her dream world.