The Golden Gate Bridge, opened almost 80 years ago, has become the background to a great number of suicides (being recognized as the second place to witness most of the suicides until today). Eric Steel, with that information in mind, recorded hours of video of the “victims” on the bridge, and interviews parents and friends of the deceased ones, collecting as many documents as possible about their lives and deaths to raise awareness on the matter.

Although Steel tried to delicately address the topic, he actually produced a documentary that violated the privacy of those who jumped while the crew was recording, as well as the family of these “jumpers”. However, this violation does not disqualify the material. It is a touching film for the people who remain on Earth and have to deal with their losses. Steel actually highlights these statements, including those from people who witnessed the scenes.

However, the producer forgot to present the social aspect of suicide, referring to the works of Karl Marx and Emile Durkheim, concluding a pretentious and “pro-life” film, when he chose to ignore the bad aspects of the “jumpers”’ lives, for they had psychological problems and needed great support from the families. None of the interviewed showed any disposition to help the “jumpers” seek professional help.

This can raise even more awareness about not only the personality of the “jumpers” and the safety of high and famous places, but also the precautionary approaches one could take to secure that the loved one would feel safe and cared enough to relieve the suicidal thoughts. 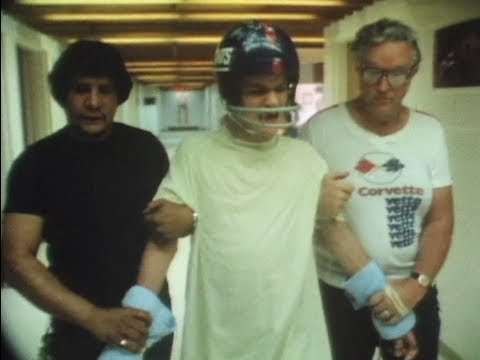 This American documentary produced by Ara Chekmayan and Richard Kotuk presents the usual language expected from documented settings: clear perspective and purpose, pretentious and distorted observations about reality and its subject, and an offer about a social act, generally against the situation it is presenting.

Although it might seem a lot like a poor depiction of human inquiries, the producers actually feature relevant questioning about mental illness and the state’s inability to handle their welfare. The narrator exposes throughout the film the dreadful conditions children and young adults have to cope with to survive society’s prejudices and their personal medical conditions.

Despite the fact that the producers displayed institutions that care about their patients and have indeed helped them overcome their disabilities, controversial detention centers like Élan School, a private residential behavior modification program that are contrary to the humanistic perspective of rehabilitation, treat their “detents” (not patients) with aggressive behavior and over-controlling impositions against their privacy, liberty and intimacy.

This contradistinction, presented in the types of institutions that shelter those marginalized for their mental illness, is the premise that comes up about the lack of quality concerning the treatment these children and young adults need. Although the 1980s had already witnessed the emergence of positive psychology by deconstructing the discriminatory outlook of mental health conditions, the documentary indicts the outdated conducts that harm the patients and obstruct the assistance for those in care. 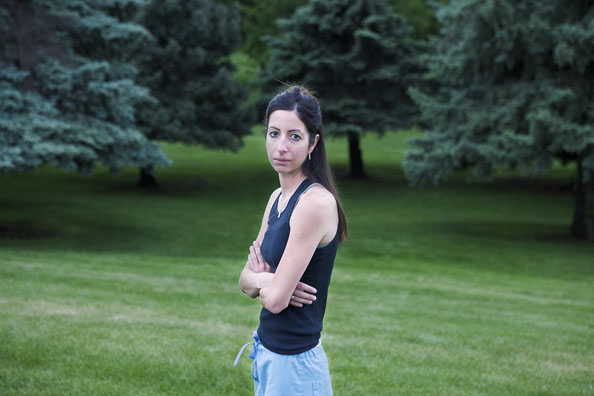 Filmed in the style of cinéma vérité, “Thin” presents the routine of women struggling with eating disorders at The Renfrew Centre in Florida, where they would be in constant vigilance about their weight and behavior toward their bodies. The women accepted at Renfrew suffer severe anorexia and bulimia, and in the treatment center they would have the opportunity to improve their body images and redeem themselves for their families.

Lauren Greenfield, in her directorial debut, decided to focus on the difficult recovery of four girls (Shelly, Polly, Brittany and Alisa), but the documentary followed a strict direction, presenting them as their own enemy. The critics highlighted this pretentious direction, maintaining that Greenfield did not present a positive view on the recovery itself, but intended to denounce the increasing cases of eating disorders as part of the new mindset of developing girls in America today by exposing just one side of the situation.

Although extremely depressive and obstinate about these girls’ disorders, Greenfield succeeds in exposing the extension of her long work on the exploration of body image and of how American women cope with the judgements about their physiques. She argues that “the female body has become a tablet on which our culture’s conflicting messages about femininity are written and rewritten”, and her effort to document this statement resulted in photography works, books and documentaries, of which “Thin” is a part.

The eating disorder shown is just a fraction of their suffering, for depression became part of their lives. The depression feeds a cycle in which the girls skip meals or begin purging. Afterward they feel guilty about their actions but cannot stop seeing themselves as “fat” (a reflection of the materialistic society’s expectations). Therefore, they have to fight two disorders that significantly affect their personal lives and self-acceptance.

“Thin” is all about exposure and cognizance. Greenfield is not trying directly to encourage the recovery of anorexic or bulimic women, she is aiming to a greater target: the idealistic imagery of women’s bodies. By producing the documentary, Greenfield is questioning if this image has a good impact in young women and if it can change with awareness of its risks. 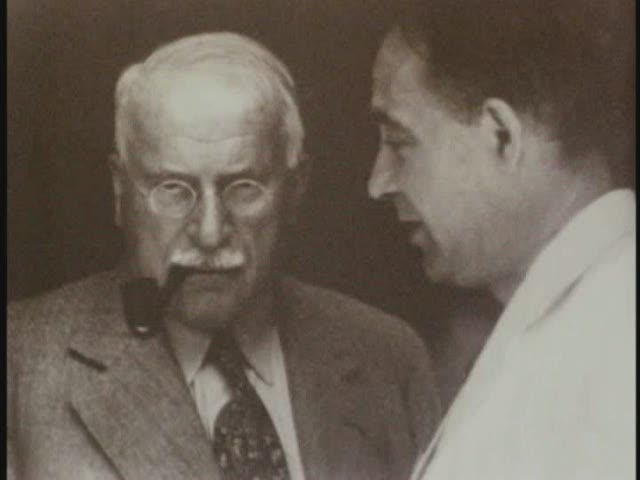 Carl Gustav Jung, the precursor of analytical psychology, was a prominent academic of the 20th century who influenced the fields of psychology, philosophy, anthropology and literature. His separations from Freud’s psychoanalysis opened a space for a new field of knowledge and allowed Jung to develop his own concepts about human consciousness and the idea that both the conscious and unconscious mind are integrated into the psychological process of individuation.

“Matter of Heart” marks the relevance of Jung’s life as a psychiatrist, presenting the reflexes he left on his patients, friends, relatives, colleagues and the academic society. The interviewed analysts depicted Jung as a sensitive, interested and ingenious, manifested in his abilities to expose his groundbreaking concepts and reformulate society’s understanding of the essential nature of humanity.

The documentary elucidates the theoretical background that directed his work on the human functioning individually and collectively, illustrating his theories’ eclectic approaches. This portrayal of Jung’s complexity, presented by the fragments of his personal and professional life, corroborates the popularity Jung experiences even in cultural references, for his ideas of mythology, archetypes, consciousness and unconsciousness, God’s image, anima and animus concept and the renowned collective sub-conscious.

“Matter of Heart” is not an ordinary documentary but rather the evidence that Carl Gustav Jung contributed immeasurably to men’s self-perception and its reproduction in communication and art. The documentary explores the main features of his thoughts and penetrates Jung’s intimacy, turning the film into a truly timeless record of his personality, his works, statements and uniqueness. 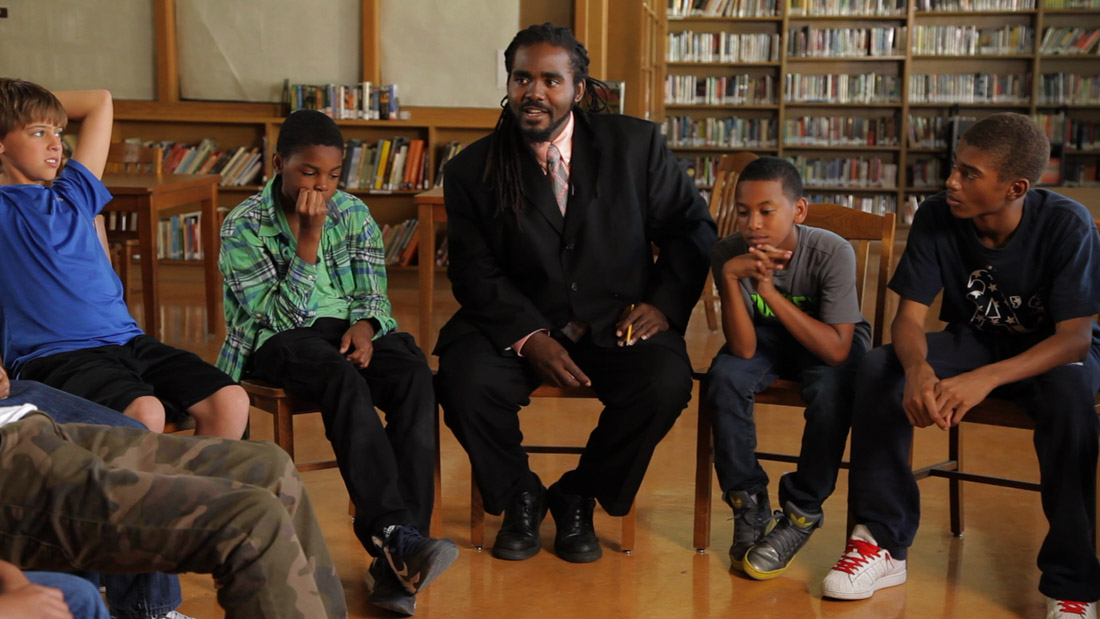 Masculinity in present society plays a role of repression for women, for they are regarded as weak, sensitive, passive and dependent, but what is frequently happening with growing boys is the opposite of personality construction. Boys are developing insecurities, mental disorders and even suicidal behavior, all because of the institutions’ (school, family, government, healthcare) narrow-minded understanding of the male character.

Director and producer Jennifer Siebel Newsom tries to reproduce the boys’ struggle against these institutions’ demands and their attempts to keeping true to themselves. Besides, the documentary shows evidence to authenticate these affirmations, that boys are also victims to this “masculism” society dictating the segregation from emotional aspects of life (considered as feminine, therefore, vulnerable and frail).

The experts in the fields of education, psychology, sociology, neuroscience and the media argue that with the help of empirical evidence exposed throughout the documentary, this and the next generation of children and teenagers need support to overcome these gender stereotypes that drift them apart from their real personalities.

Rather than encouraging them to follow the expectations of language related to masculinity, such as “man up” or “be a man” (synonyms for be mature, be tough, be active/aggressive), psychologists offer arguments to contest this perspective and find satisfaction on oneself.

Author Bio: Viviane Papis is a psychology student. She developed a very special relationship with cinema and storytelling in the process of growing up. Although she tried following the filmmaking career, she realized her passion was writing and scriptwriting.