“Nothing will make sense to your American ears, and you will doubt everything we tell you,” intones Alejandro (Benicio del Toro) gravely, “but in the end you will understand.” A former prosecutor, now an inscrutable consultant for an elite U.S. governmental task force, Alejandro uses a quiet, almost ataractic emphasis as he speaks to Kate Mercer (Emily Blunt), the wide-eyed and honorable newcomer in Québécois filmmaker Denis Villeneuve’s (Enemy) latest film, the tightly drawn thriller Sicario.

Fraught with suspense and fear-mongering both accurate and embellished, Sicario is gritty and provocative with the hard-edged and high-minded seriousness of Villeneuve’s previous storied work, like Prisoners (2013) and Incendies (2010), with all the flash and élan vital we’ve come to expect from him.

A frequently ferocious methodical picture, mega-charged with realism not just in its meticulous detail but also in its scale. Hardly ever does a female-led American crime thriller of this esteem and sprawl come along, and Blunt is exceptional, carrying the film and offering a sharp and scrupulous sensitivity.

A divorcee, Kate is dedicated and resilient, she runs a kidnap response team that’s suddenly sucked into a vortex of viciously warring Mexican drug cartels when a raid in an Arizona suburb uncovers 42 dead bodies and a baited-trap explosive that kills two officers. It’s a bravura opening sequence that faultlessly wheedles the audience into Kate’s position while espousing the first in a rather pointed and prescient political commentary on American imperialism, drug warring, and policing.

Kate’s conduct and track record has her boss, David Jennings (Victor Garber), commending her to a CIA Special Activities Division officer, the mussed and macho Matt Graver (Josh Brolin) who runs a black-ops – in flip-flops – and soon she’s his new recruit. “What’s our objective?” Kate asks Matt, not long into their professional relationship, and he matter-of-factly responds: “To dramatically overreact.” The brusque restraint in his voice is palpable.

Matt’s partner is a soft-spoken former prosecutor now a careful malcontent named Alejandro Gillick, and del Toro plays him nuanced and intense, a tormented figure who is utterly compelling.

Shortly after Alejandro appears in the film we witness him shaken by night terrors, and much later in the film, during a deadly and diligent knock-down-drag-out, a corrupt Mexican police officer timorously refers to him as “Medellín”. Alejandro is an equivocal figure, and his Delphian backstory comes at us unhurriedly, provoking and compelling as it unknots itself. 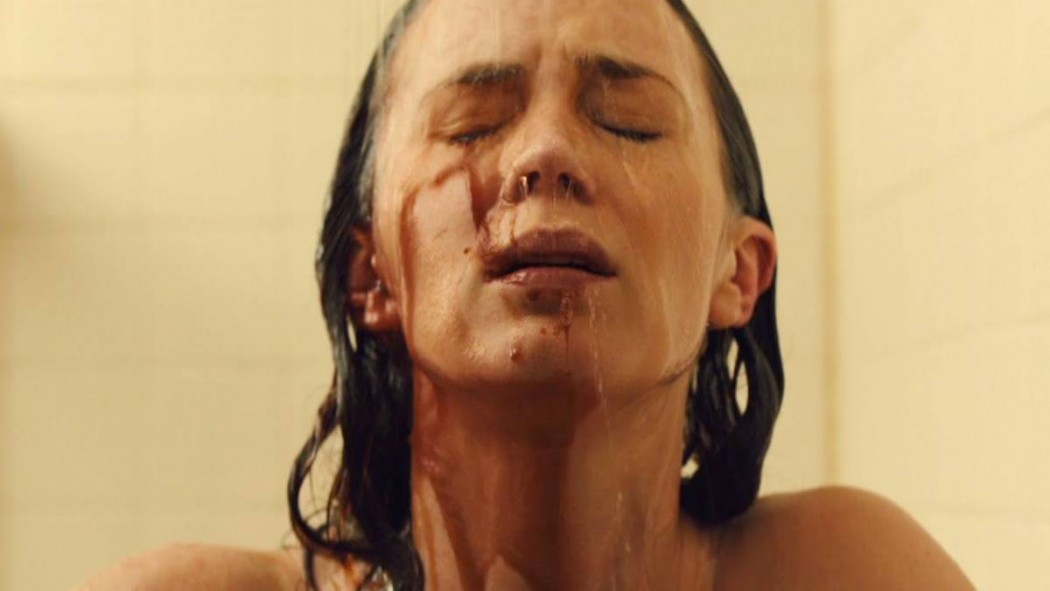 Visually arresting, Sicario teases a hard, washed-out look that teems with realistic sophistication and immediacy courtesy of champion cinematographer Roger Deakins (No Country For Old Men, The Assassination of Jesse James by the Coward Robert Ford). This is Deakins’ second film with Villeneuve, after Prisoners, and they are slated to work together on the forthcoming Blade Runner sequel, and they compliment one another incredibly well.

Deakins, who’s been shafted by the Academy Awards his whole career – he’s lensed a dozen Coen brothers films, for starters – might at long last acquire the Oscar that has alluded him for his breathtaking work here. It’s a ravishing, savagely beautiful spectacle with superb visuals.

One of several soaring action set pieces in Sicario involves a nocturnal tunnel sequence that obtains a mythic Orphean quality that subtly places Kate in a Eurydice-like position. It’s tempting to suggest that this perpetuity is wholly of Villeneuve’s invention, it feels in keeping with his wily milieu and not necessarily of screenwriter Taylor Sheridan’s contrivance. Sheridan’s script, while meticulously crafted in places, is comprised of numerous clichés (the rookie cop angle is well-mined and one character’s motives wind up being, somewhat disappointingly, a revenge sortie boilerplate), but Villeneuve’s striking vision and Blunt’s ferocious cynosure more than compensates for any see-through shibboleth. 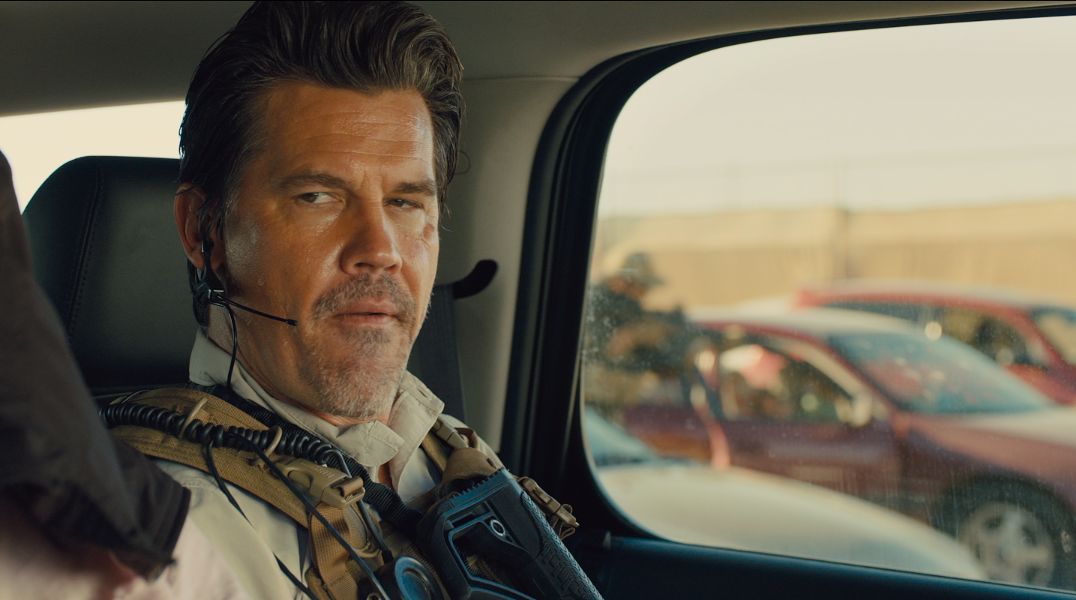 Sicario, which is Spanish for hitman, frequently places its sharply observed characters in peril, increasingly engulfed in ever-threatening surroundings frequently resulting in shocking and unnerving verisimilitude. A firefight with cartel thugs at the Bridge of the Americas, where hundreds of civilians lives are jeopardized, is nerve-racking, particularly for Kate, who more and more views her fellow American lawmen as militant, jingoistic, and churning sadists eating their own spiny tails.

Sicario, for better or worse, is unrelenting in its depiction of danger and destructiveness in the underworld it depicts, and generously avoids sermonizing.

Absent through much of the film is the seductively beautiful world imaged in drug-cartel films like Blow or Scarface although some of the same dangers that lurk in those films are present here, too, including pessimism and potential exhaustion, but this is tempered by a tense rhythm and a potentially explosive payoff. As far as the drug-cartel sub-genre goes, this is expressly the new yardstick.

Ultimately this isn’t the sort of film that outright offers redemption for its broken characters, instead they come to understand their own deception and double-dealing and an unfeigned truthfulness results. Sicario is compelling cinema, formidable and ferocious, its moral and political squeam is sure to fuel tête-à-têtes endlessly. Stormy and refined, it’s an out-and-out unmissable tour de force.