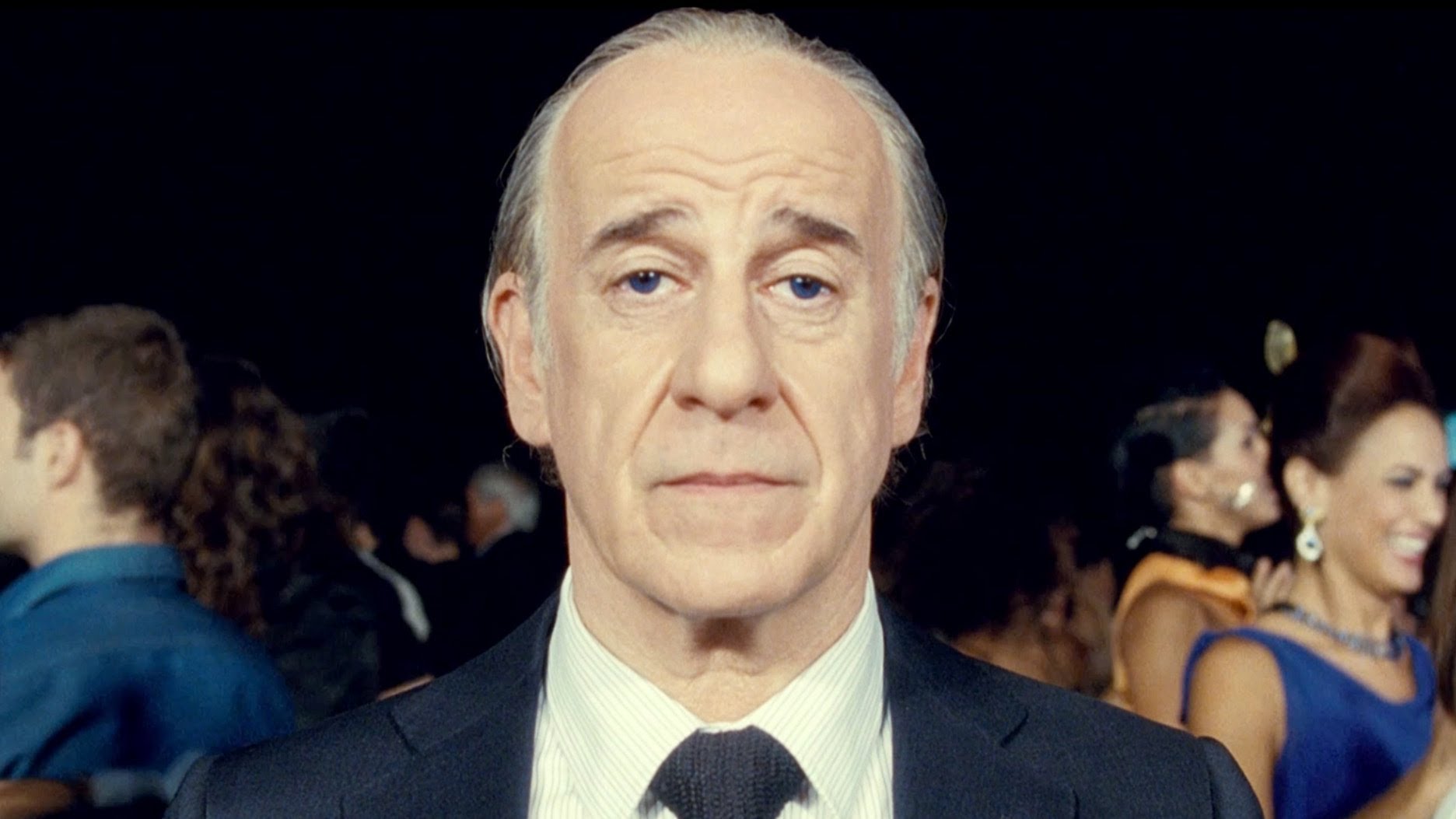 Italy has been involved in film since the origins in the early 1900s and were highly influential to the development of cinema with the Futurist movement. Unfortunately due to the Fascist restrictions on culture during the 1920s and 30s the output of film was weaker.

In the 1940s, however, that the Italians made a significant impact on cinema with the Neorealist movement. The movement was led by many of Italy’s greatest filmmakers including Vittorio De Sica, Roberto Rossellini and Luchino Visconti. The success of their films carried through until the 1960s, but its presence was felt in Italian cinema throughout the following decades. Neorealism was highly influential internationally as well, helping start other film movements in Europe such as the French New Wave.

Following this period, Italian cinema began to branch out into various genres and directions. Filmmakers who were involved in the Neorealist movement like Fellini began to move into more artistic directions, exploring new techniques while still addressing relevant social topics.

Others like De Sica and Mario Monicelli developed the commedia all’italiana film style which combined comedy and important themes. By now the Italy had become known worldwide as masters of film. During this time, the Italian spaghetti western genre reached huge popularity through the films of Sergio Leone, whose. use of American stars in his films increased the spread o their success.

The last major Italian film movement was Giallo, a horror style, also became notable through the international success of directors like Mario Bava and Dario Argento. Their artistic and heavily stylized spin on the classic genre became highly influential worldwide. Following their success, much more graphic exploitation horror films by directors like Lucio Fulci and Ruggero Deodato created lots of controversy around Italian cinema due to offensive and distasteful material.

After the 1970s, Italian cinema has still been strong, producing great film directors such as Roberto Begnini and Giuseppe Tornatore. Despite modern Italian cinema not getting as much attention or acclaim as it used to, it is still an important aspect of Italian culture that reflects the themes and struggles of the country and its people.

This list is not meant meant to be a comprehensive summary of all great Italian films, but to give a balanced and varied profile of Italian cinema. Limiting each director to two entries, the list below covers all the important genres and eras of Italian film, capturing the both the similarities and variation in Italy’s cinematic output. 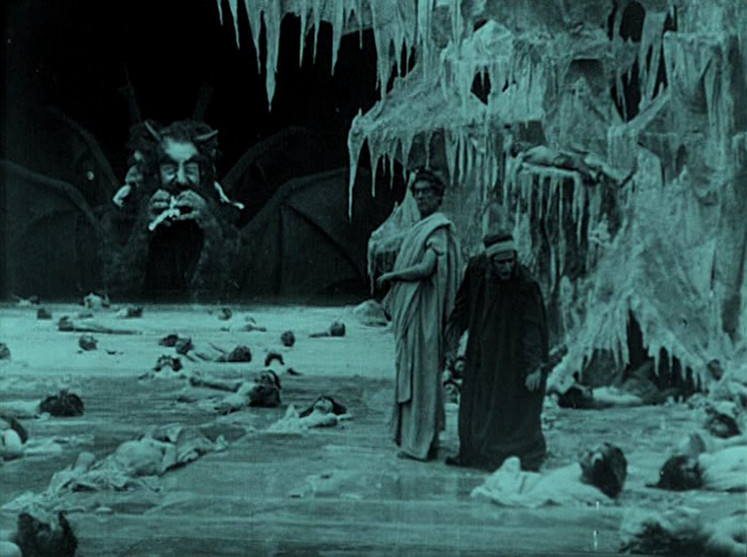 This early interpretation of Dante’s seminal work was also the first feature length Italian film and one of the first worldwide. The film follows Dante’s tale through Hell quite loosely, mostly focusing on the visuals and nightmarish images of the engravings made by Gustave Dore. The film was immensely popular internationally and helped invent the modern theater system, making investors see film as a profitable enterprise.

L’Inferno was an incredibly innovative film that introduced loads of never-before-seen visual effects. In fact, the effects were so impressive that many were terrified of the film and, in addition to a small bit of nudity, made the film quite controversial at the time.

The three years it took to make this film contributed greatly to the development of cinema as a whole, showing the world what could be accomplished on the large screen. Placing Italy on the map as a cinematic power, L’Inferno was one of the starting point for many iconic film movements to come. 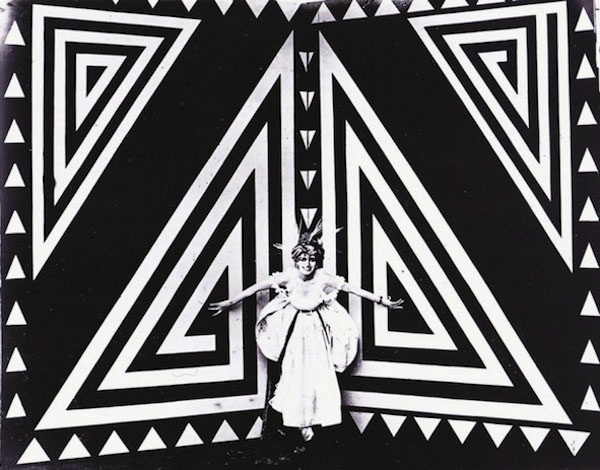 This early cinematic gem from the Italian Futurist movement is one of the most visually dazzling and artistic of the beginning years of cinema. Unfortunately, Thais is the only known surviving film of the Futurist movement, and even then only 35 minutes of its 70 minute runtime could be salvaged. Based on the novel of the same name by Anatole France, the film’s plot is moderately easy to follow for an early silent film, although the quality of the footage itself is understandably lacking.

Thais may not be the greatest masterpiece of the silent era, but, of those that survived, it is one of the most innovative and daring. Full of complex scenes and elaborate design, the vision and creativity in this film in ahead of its time.

The new style of this and other Italian Futurist films inspired other movements of cinema worldwide, notably the Russian industry and the German Expressionists. Thais is not the most famous Italian films, but it is one of the most important, setting the stage early for inventive cinema worldwide. 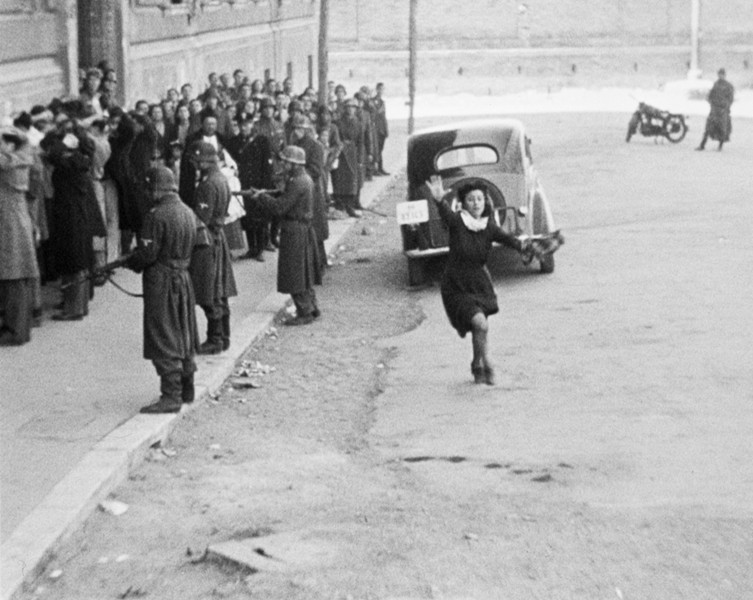 While Luchino Visconti’s Ossessione is generally regarded as the first work of Italian Neorealism, Rossellini’s breakthrough film is what popularized the movement and brought international attention to Italian cinema. Written by Federico Fellini, the film is an anti-Fascist work, following a number of Communists during the Nazi occupation of Rome in 1943.

Giorgio, a resistance fighter, goes into hiding with a young couple, Pina and Francesco as well as the popular priest Don Pietro. As the Gestapo try to crack down on the resistance movement they kill and torture those in their way, leaving little hope for Rome.

The first of Rossellini’s Neorealist trilogy of World War II is one of the most important works in the development of Italian cinema. Its support of the lower class and the people would be a driving force of the country’s cultural output for the next few decades.

The Communist and Socialist themes present in this film were also influential, causing many after to use the injustices of Italy to promote their political agenda. One of the most influential Italian films ever made, Rome, Open City is a emotional and realistic commentary of the war and politics.

Vittorio De Sica’s most famous and celebrated film is a pure, human masterpiece in the Neorealist genre. The film follows Antonio Ricci, the struggling father who is trying to provide for his wife and young son. When he gets a new job putting posters up, his wife sells their sheets in order to buy him a bike.

When the bike gets stolen on the first day, Antonio and his son go on a desperate journey through Rome trying to track down the bicycle, only to have their hopes repeatedly crushed and their poverty shoved in their face. Antonio himself soon turns to desperate measures as prospects continually get worse.

Bicycle Thieves comments on many of the common themes of Neorealism. It addresses the increasing gap between the rich and the poor, masterfully portrayed in the scene at the diner. The film also discusses the complex relationship between father and son, and the traditional values of manhood such as providing for a family.

The societal norms of Rome are simultaneously pushing him to work as well as keeping him held back. From the point of view of the son, the film acts as a devastating coming of age story and a loss of innocence that he experiences through his father’s failures. This incredibly affecting commentary on poverty and the unfairness of life is a frustrating and depressing cinematic masterpiece. 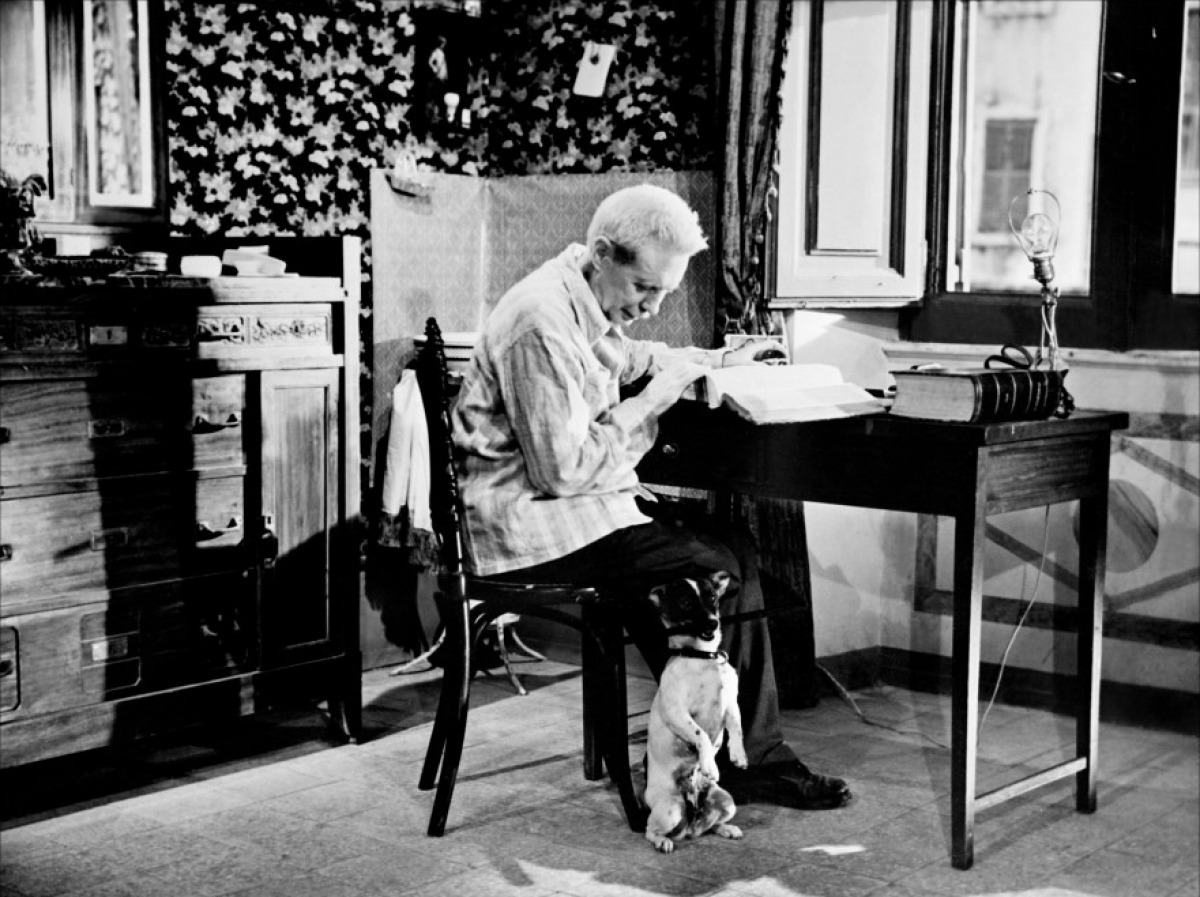 Following up on Bicycle Thieves, De Sica made his next great achievement which marked the end of the Neorealist genre. Starring mostly non-professional actors, Umberto D. follows an old pensioner living with his little dog Flike as he tries to survive in Rome. His landlady is threatening to kick him out and all of his old friends do not give him any help or attention.

The only friend he has is the maid of his building who has become pregnant from a soldier who wont acknowledge that it’s his. As society forgets about Umberto, he finds less and less reason for him to live.

The film is similar in many ways to Bicycle Thieves in that it is a depressing view of modern values and culture. The terrific performance by both Carlo Battisti and his dog Flike as well as a rousing score make the film one of the most emotionally affecting commentaries on society.

It is also a very powerful exploration of aging and how the younger generations sometimes neglect the well being of their elders. Filled with many depressing scenes and few happy moments, Umberto D. is a challenging and down-to-earth analysis of class, age and happiness. 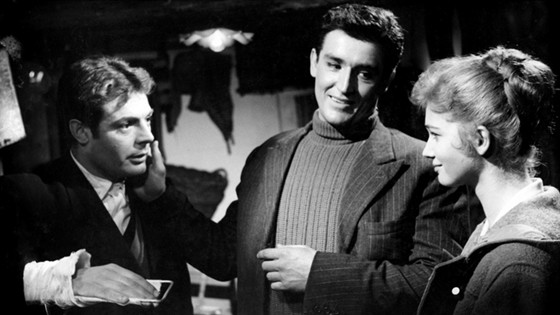 Mario Monicelli, one of the greatest comedy masters of Italy, directs this hilarious heist film featuring a group of bumbling crooks who try to break into a pawn shop. Starring Marcello Mastroianni, Vittorio Gassman and Renato Salvatori among others, the film shows how each character’s current situation could convince them that robbing a store, while having no exerience doing so, would be a good idea.

Mastroianni’s character, for instance, is a father who has to provide for his child while his wife is in jail. Their plan is to access the shop through an apartment next door, but when they discover the apartment is inhabited by two old ladies, conflict rises and comedy ensues.

Big Deal on Madonna Street was one of the most popular films of the year in Italy, rising much of the cast to star status and popularizing the comedy genre in Italy. Along with the great acting and production, the film’s success was also due in part to it being a slight parody of heist films such as Rififi which had come out recently. The film gave way for a tide of films in a similar style to Monicelli’s and made comedy a popular and respected genre in Italy.

Horror master Mario Bava created this seminal piece of the Italian horror genre that became a worldwide hit. The film is a gothic witch film that follows two professors who bring a curse upon themselves and a nearby family.

Horror icon Barbara Steele stars as both the unassuming maiden and her ancestor, the ancient witch who is waiting to exact revenge on the citizens of the area. When the witch is reawakened, she uses many cunning tricks and manipulations to try and take the youth from her ancestor. The daring professor then has to intervene to save his new love’s life.

Bava’s masterpiece may not have the most original or inventive story, but its style and content are revolutionary. Controversial when it first came out due to its gore and sexual content, breaking new waves for the horror genre. The atmosphere of the film, however, is the most impressive maintaining an unsettling, creepy feeling throughout.

Constantly building tension towards key events, the film provides many terrifying moments, making Black Sunday not only an innovative and masterfully crafted film, but a chilling and effective horror story as well that directly influenced the following Giallo movement.