“Kuroneko” is Kaneto Shindo’s lost masterpiece, a very beautiful, eerie, stylish and chilling Jidaigeki horror film. As with many other Jidaigeki horror films, its main theme is revenge, and this film is about the revenge of ghosts. Based on a folktale, a woman and her daughter-in-law are brutally raped and murdered in their own house, then their suffered spirits become ghosts to take revenge on their murderers.

A Kwaidan-like film (because of its stunningly beautiful and stylized cinematography), it is one of the ultimate horror classics and one of Shindo’s two masterpieces included in this list. It’s a highly underrated and unknown classic. 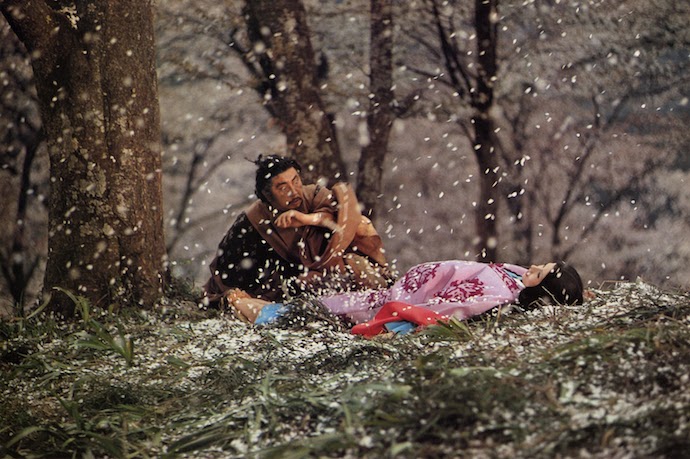 When it comes to making great Jidaigeki and samurai films, Shinoda is one of the best directors of the genre. “Under the Blossoming Cherry Trees” one is Shinoda’s forgotten and unknown masterpiece that is hauntingly beautiful and chillingly violent.

The protagonist’s life reminds viewers of Ratnakar, previously a murderer and a robber, who turned to Sanskrit’s First Poet Valmiki, the poet of epic Ramayana. However, this protagonist doesn’t meet Narad like Ratnakar did, while killing people and robbing them. He ended up meeting the prettiest woman he has ever seen, and then his life changes. He used to put many women in his house as his wives but this lovely, beautiful and cruel woman take control over him, a dangerous and violent robber.

Now, before the beauty of woman, man’s physical strength becomes weaker or even non-existent. He does what she tells him to do. This film is like a folktale, a very simple and powerful story. But how does the story end? That’s another interesting thing about this film.

A young man falls in love with an older woman, specifically sensually, who then kills her husband. Then the suffered and victimized spirit of that husband took revenge upon them as a ghost. It’s an unmissable film for fans of Oshima and Japanese New Wave.

Another famous film from Mizoguchi, it deals with women’s status in male dominated society, as many of his films have done. Mizoguchi’s regular cinematographer Kazuo Miyagawa has shot many breathtaking scenes and long takes with hauntingly beautiful imageries, as in “Ugetsu” and “The Life of Oharu”.

Also, the same actress in those films, Kinuyo Tanaka, gave a strong performance here. Like other films of Mizoguchi, this one is also very tragic and sad. 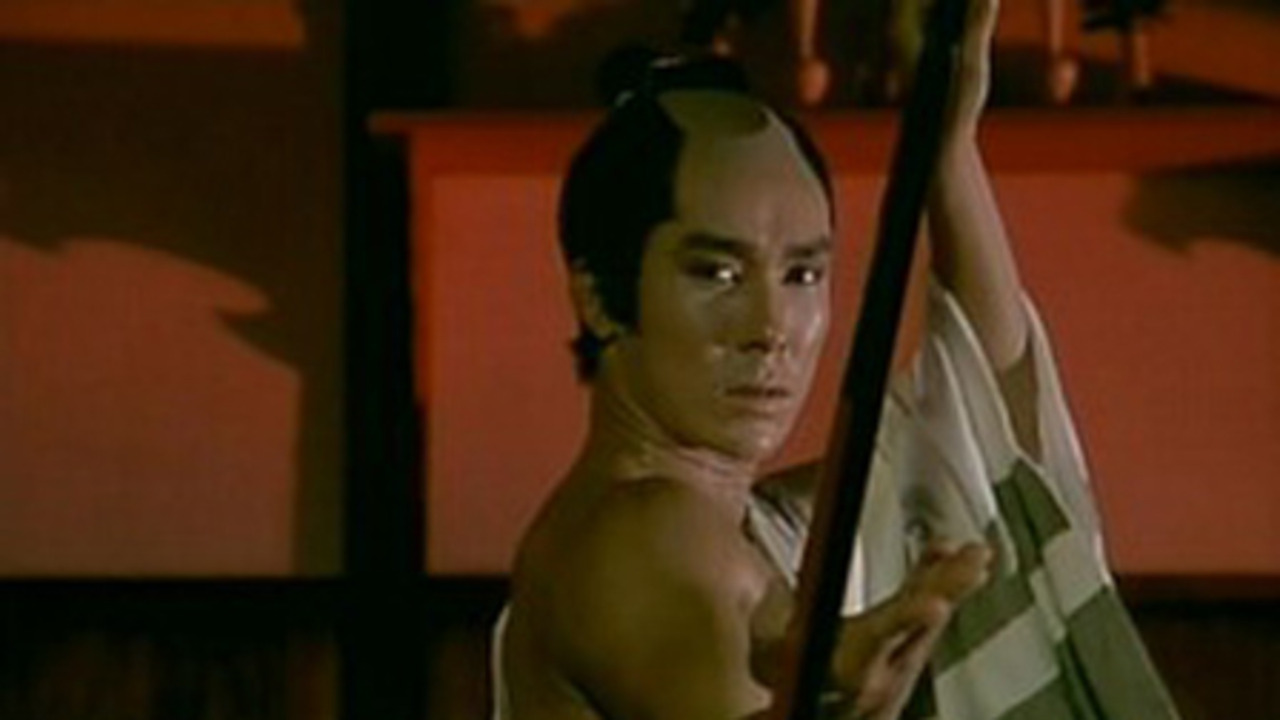 Although it won the Silver Bear at the Berlin Film Festival, his great film Gonza the Spearman is lost and forgotten, also in spite of the fact that Masahiro Shinoda is a very famous Japanese director. His many great films aren’t very celebrated.

As in his many other films, his beautiful and talented wife Shima Iwashita has given a strong performance, playing the role of a treacherous wife of a prestigious samurai. What happens if her husband finds out about his wife’s true color and what does he do if she elopes with another man? That is the interesting story of this film set in the Edo period of Japan. 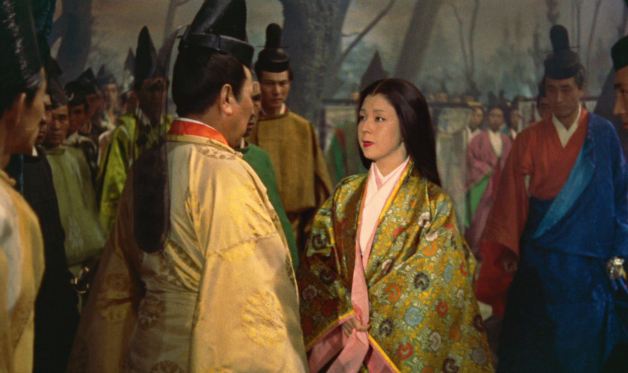 One of the pioneers of Japanese cinema, Teinosuke Kinugasa had won the Palme d’Or for “Gate of Hell”, an ultimate example of a Jidaigeki love story film. It’s hauntingly beautiful, interesting in story and plot twist, great in its mise-en-scène and beautiful tracking shots.

In the story, a man falls in love with a married woman and wants to kill her husband, but she is devoted to her spouse. How does the film end? That’s the very interesting point. Its theme is morality and devotion towards one’s spouse. 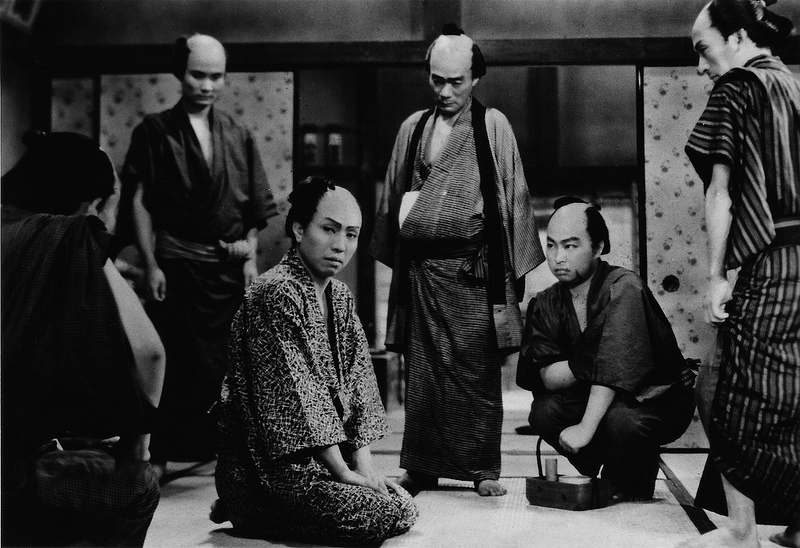 One of the pioneers of Japanese cinema and especially the Jidaigeki genre, Sadao Yamanaka’s films have influenced many directors like Akira Kurosawa, Masaki Kobayashi, Kon Ichikawa, and more. His masterpiece is “Humanity and Paper Balloons”, which depicts the empty, inhumane, lifeless and foolish samurai codes they must follow because they are thrown upon them by shogun.

One may recall of rebellious director Masaki Kobayashi’s films “Samurai Rebellion” and “Harakiri”, where the protagonists fought against the founding party for the sake of humanity.

However, in this film, the protagonist isn’t as rebellious as they are. He is poor and helpless, a jobless samurai, who is beaten by the men of shogun but just struggles to live. His wife makes paper balloons for a living. Shogun doesn’t care about these poor and helpless people. It’s a very touching and sad film that shows the realistic picture of poor Japanese during older times. 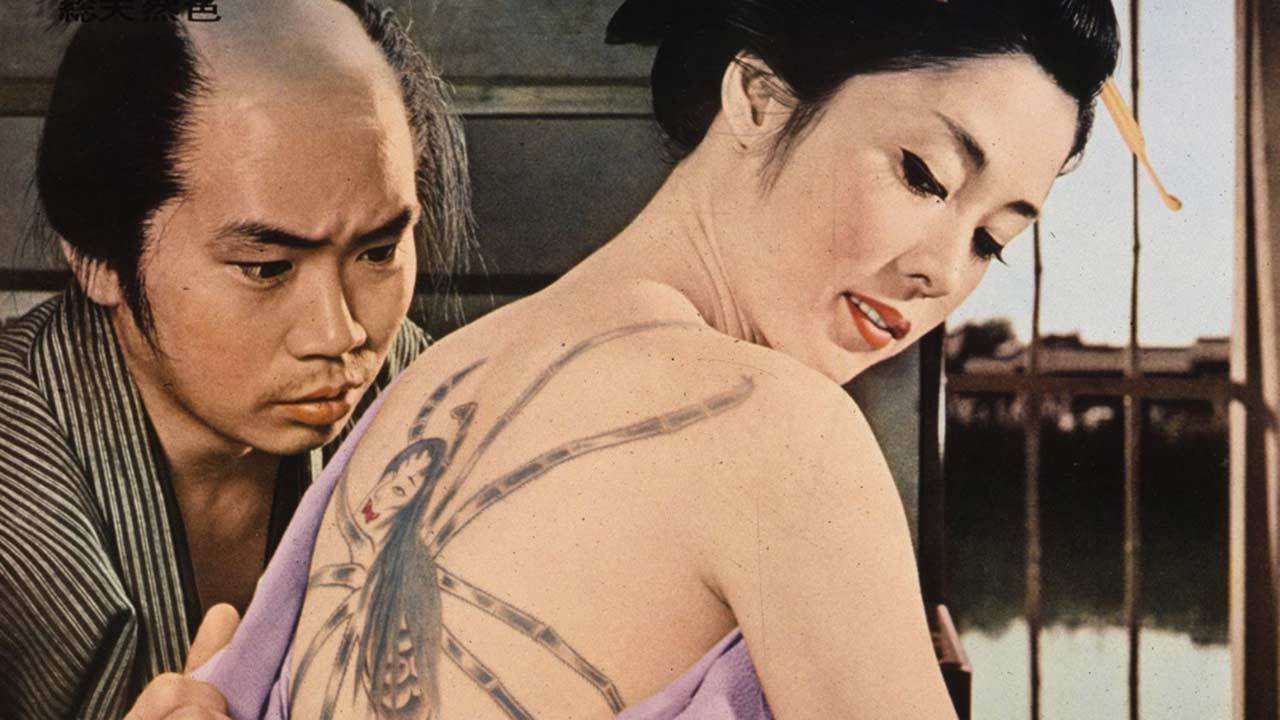 One of the most important directors in Japan, Yasuzo Masumura has made many great films like “Manji”, “The Hoodlum Soldier”, “Blind Beast”, “Red Angel”, “Hanzo the Razor: The Snare”, and “Irezumi” is another example. This can be included in the Pinku Eiga genre, like “Blind Beast”; both have many similar elements, especially the storyline.