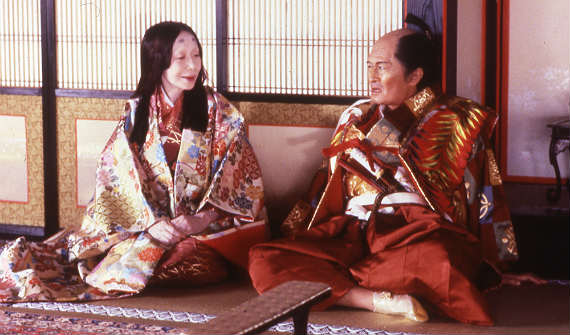 Hiroshi Teshigahara is a great director who is famous for his masterpiece “Woman in the Dunes”, a story similar to “The Myth of Sisyphus” and has inspired some other great films. “Rikyu” is one of them, and it’s great for its aesthetical and cultural idealism.

It tells the sad period of the last stage of the life of Rikyu who is a tea master and wants to devote his life to the art of tea. He wants to give his whole concentration to the perfection of his work, and he has a deep respect for aesthetics and tea culture. For this, he doesn’t want to involve himself in any political affair, which leads him to bad consequences. It’s kind of a war between artist and dictator.

Nobuo Nakaguwa is famous for his stylized ghost films based on folk tales; his masterpiece is “Jigoku”, where he has depicted the suffering of people in hell, but this film isn’t included in Jidaigeki cinema.

One of the most horrific and beautiful Jidaigeki films, “Tokaido Yotsuya Kaidan” is a Jidaigeki horror film, and its main theme is vengeance. When a cruel samurai kills his wife and her admirer in order to marry another woman, their ghosts take revenge on him. Nakaguwa’s films are extremely disturbing and revolting, but they are still beautiful enough that one can continue to watch through to the end. 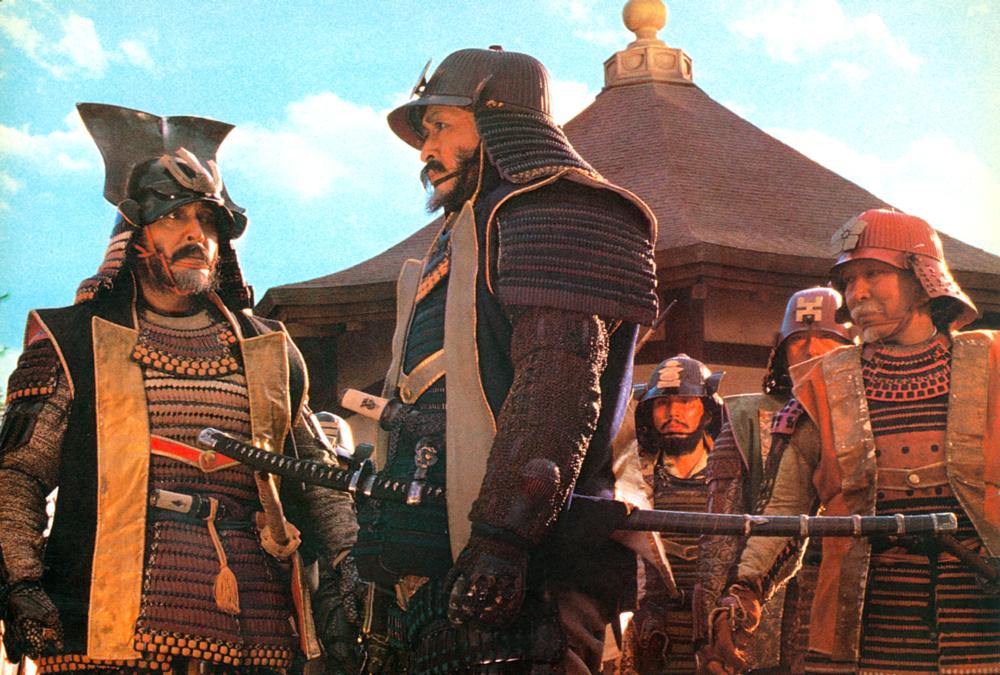 Kurosawa had said that “Kagemusha” is just a warm-up for “Ran”, but “Kagemusha” is still a great film, and Tatsuya Nakadai’s performance is even better here since he has double role. He plays both a king and a shadow warrior, who is actually a cowardly, filthy and mannerless thief. Sounds interesting? Indeed, Nakadai has given a superb performance to both characters.

The Zatoichi hero Shintaro Katsu was originally cast in those roles, but on the first day of shooting, he brought his own crew to shoot the method of direction of Kurosawa. Then Kurosawa, getting angered, replaced him with Nakadai. Thanks to Katsu, Nakadai has brought his unique charm to the film and only his performance is enough to make this film great. However, the battle scenes, the great and beautiful imagery, and the story of the kagemusha are the strongest points of this film.

Kenji Mizoguchi is renowned as a feminine director, as his films often deal with women, and his great and sad film “The Life of Oharu” is the best example of that.

It tells the life story of Oharu, a good woman who suffered immensely in a male dominated society. This is a story that has made audiences cry, and it is actually a kind of parable regarding suffering of women in patriarchal society. 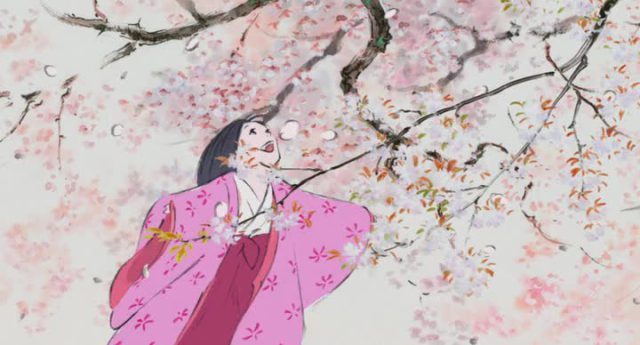 Isao Takahata is renowned for his depressing war-themed anime “Grave of the Fireflies”, which has made audiences cry, but he has made other great anime like his long-time collaborator Hayao Miyazaki, who is hailed as the Godfather of the anime films.

Based on the folk tale, “The Tale of Princess Kaguya” tells the sad tale of Kaguya who was born from bamboo, ended up in a poor peasant family, but they couldn’t give her happiness. Why? Watch it. The main theme of this is probably happiness and the natural world. Ultimately, the moral is one should follow one’s own instinct and nature, not money. It’s the only anime on this list, but it’s undoubtedly greater than many other Jidaigeki films.

One of the most celebrated and famous films from Kurosawa, almost all art house cinephiles must have seen this one. Rashomon is undoubtedly a masterpiece, and is also likely his first internationally famous film.

It shows how different witnesses see the same event differently and how the truth becomes subjective. This led many critics and intellectuals to interpret the story in various ways, which is the power of this film. Apart from Kurosawa’s direction, Mifune’s performance and Kazuo Miyagawa’s tracking shots are brilliant. This type of simple allegory is hard to achieve. 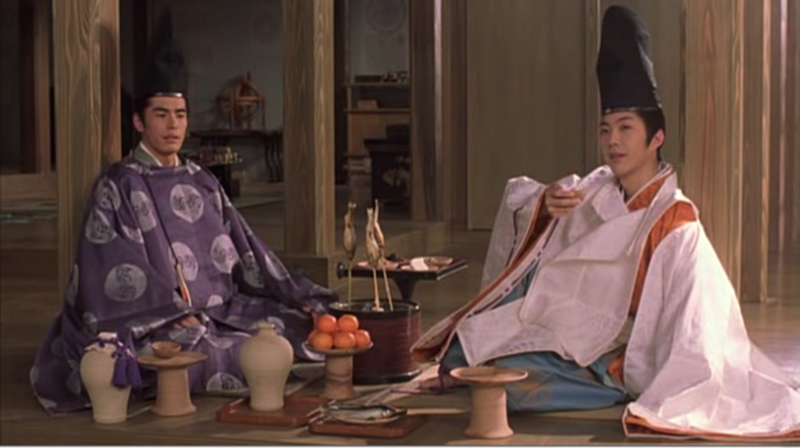 A very chilling, magical, strikingly beautiful, and unpredictable film, “Onmyoji” has a combination of science fiction, folk tale and supernatural concepts. It shows the supernatural magical war between two supernatural magicians; one wants to take over the power of king and other, a hero, wants to protect the king’s power.

This film may not be ideal for Hollywood sci-fi movie lovers, but it is one of the greatest Jidaigeki films ever made and better than many so-called great sci-fi films of Hollywood. It consists of one of the greatest supernatural war scenes between two magicians, which has made viewers immensely curious.

Yojira Takita’s “Departures” had won Best Foreign Language Film award at the Oscars, and that may be more celebrated than “Onmyoji”, but this one is his masterpiece. 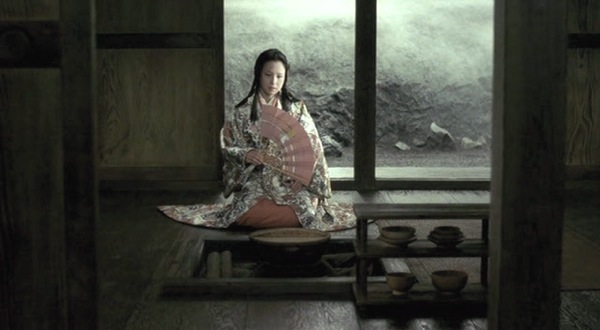 Yoshishige Yoshida is known as the Japanese New Wave director who makes visually strikingly beautiful films, whose masterpiece is “Eros Plus Massacre”. But for Jidaigeki films, “Wuthering Heights”, whose story is based on Emily Bronte’s famous novel of same title, is great for everything: story, visual beauty and more importantly, characters.

There are a number of film adaptations of this novel, but this one is probably the greatest. Underrated and not very well known, this revisiting of Bronte’s “Wuthering Heights” in a medieval Japanese context is very interesting and well created. 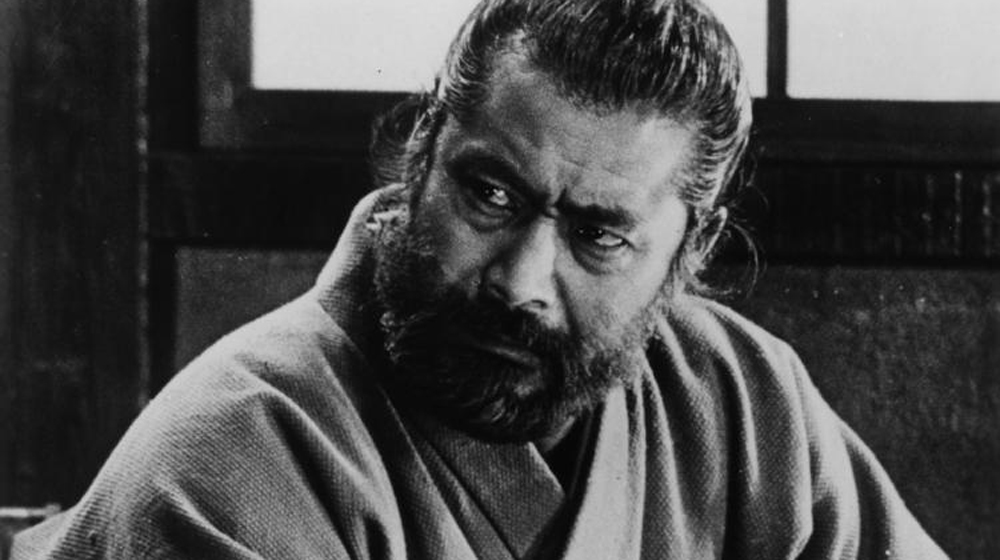 There are many examples of successful collaborations between great actors and great directors in world cinema, which results in many critically acclaimed films. One of those is between Akira Kurosawa and Toshiro Mifune, but sadly this film is their last.

Mifune played the title role Akahige (aka Red Beard) and in real life, to maintain the beard, he had to spend a great deal of time on this film, which led him to turn down other films causing financial stress in Mifune’s life. Sadly, for fans of the two, this led to their breakup and ended any future collaborative efforts.

Although Kurosawa and “Red Beard” screenwriter Hideo Oguni questioned the acting skill of Mifune in this film, he has actually given one of the greatest performances of his career here. He played a tough but compassionate clinical director who seems dictatorial in the eyes of others. This film is very sad and will bring viewers to tears in a number of scenes.