Hayao Miyazaki’s retirement and the subsequent hiatus of the famed Studio Ghibli left many movie-goers riddled with disappointment. Renowned for its gorgeous animation, spiritual themes and imaginative worlds, fans consider the studio one-of-a-kind and anticipate every new release. A Ghibli-less world would be that much less imaginative, that much less interesting.

But there’s no need to fret! Although Ghibli may be irreplaceable and Miyazaki’s genius impossible to duplicate, these alternative, non-Ghlibli but nonetheless beautiful films will provide relief for anyone experiencing Ghibli withdrawal. Some, like “Nasu: Summer in Andalusia,” enlist the talents of former Ghlibli staff. Others, like “Green Legend Ran,” mimic the studio’s style and themes.

Still others, like “The Disappearance of Haruhi Suzumiya” simply offer beautiful animated tales. All these great animated features inspire hope for quality animation in a post-Ghibli world, regardless of their level of “Ghibli-ness.” So quench your pangs for quality animation by checking out the best other studios have to offer!

20. Rail of the Star: A True Story of Children 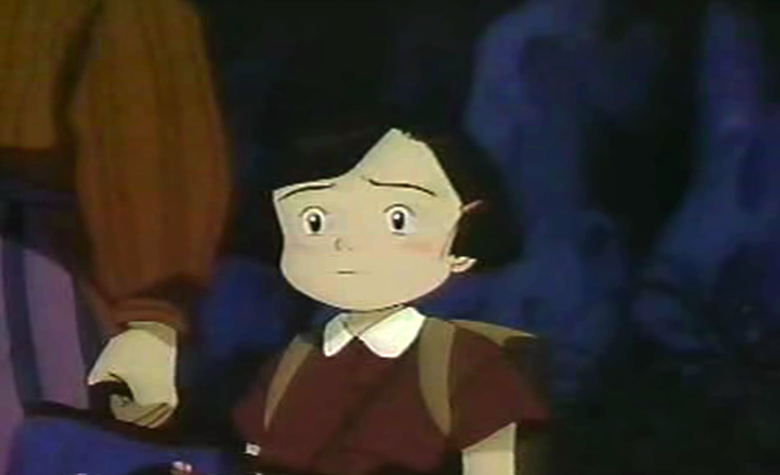 Growing up in Japanese occupied North Korea, young Chitose faces many hardships during WWII, after all everyone must make sacrifices for the war effort. However, things only worsen at war’s end when the Koreans ally themselves with the Chinese communists and attempt to push the remaining Japanese out the country.

Based on a true story, “Rail of the Star” presents yet another angle to the vast circumstances surrounding WWII. While it would be considered poor taste to depict the aggressors as victims once the colonized return to power, “Rail of the Star” avoids this mistake by focusing on the children swept up in wartime currents, with no power or say in the matter. Like Seita and Setsuko in Ghibli’s “The Grave of Fireflies,” Chitose and her friends face heart-wrenching circumstances beyond their control. 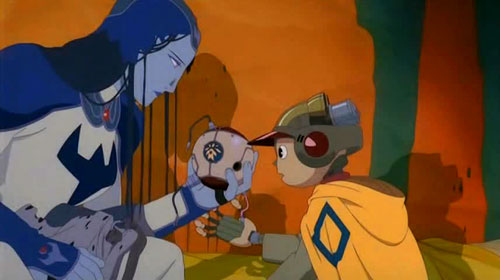 An imaginative spin on “Pinocchio,” “A Tree of Palme” tells the story of Palme, a puppet who, once orphaned, undertakes the mission to deliver a seed to a strange, faraway place. Along the way Palme discovers the facts of life, death and alienation as he ventures out into the world for the first time.

Although “A Tree of Palme’s” narrative is more straightforward than most Ghibli films, it’s world building is top-notch. Palme runs into all sorts of strange beings, weird places and mysterious phenomenon; something he eventually falls victim to. Audiences never know what to expect from the characters Palme meets and places Palme visits.

Add a soft, rounded art style, laidback color palette and detailed animation to Palme’s imaginative world and audiences are left with an animated feature with the Ghilbi’s mysterious, organic feel. 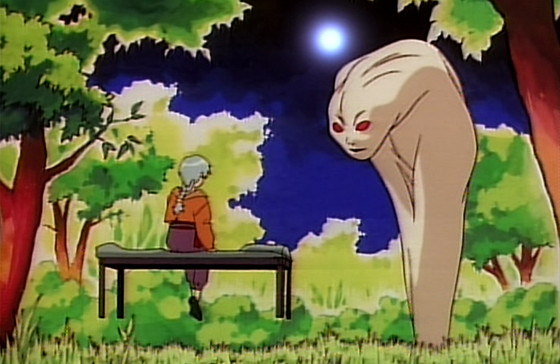 This early 1990’s work takes the prize as the best Ghlibli impersonator on the list. Mysterious ships called Rondo arrive from space, sucking up Earth’s water and stripping the planet of its precious oceans and rivers before permanently lodging themselves in the ground. Humans are forced to live around these alien ships, the wasteland’s only sources of food and water.

The film opens by introducing Ran, a young boy who seeks to join an armed resistance group called Hazard in order to take revenge for his mother’s murder. Ran’s search for his mother’s killer, brings him to Aria, a silver haired girl that might hold the key to solving the Earth’s predicament. But just as the two grow close, Hazard abandons Ran, kidnapping Aria in the hopes she might unlock the mysteries of the Rondo .

All the while, Ran remains in hot pursuit, making new allies and eventually facing the fanatical and tyrannical Rondoists, a cult dedicated to the Rondo. Will Ran save Aria and uncover the secrets of the Rondo?

Best described as a mishmash of “Nausicca of the Valley of the Wind” and “Laputa: Castle in the Sky,” ”Green Legend Ran does its best to incorporate Ghlibi Studio’s look, tones, and environmental themes. Like most of Ghibli’s heroes, Ran’s honesty and relationships make him a protagonist that’s easy to empathise with. However, “Green Legend Ran’s” deaths and gun violence make it more intense than most Ghlibi films, so if you’re a Ghlibi fan with a penchant for action, check “Green legend Ran” out! 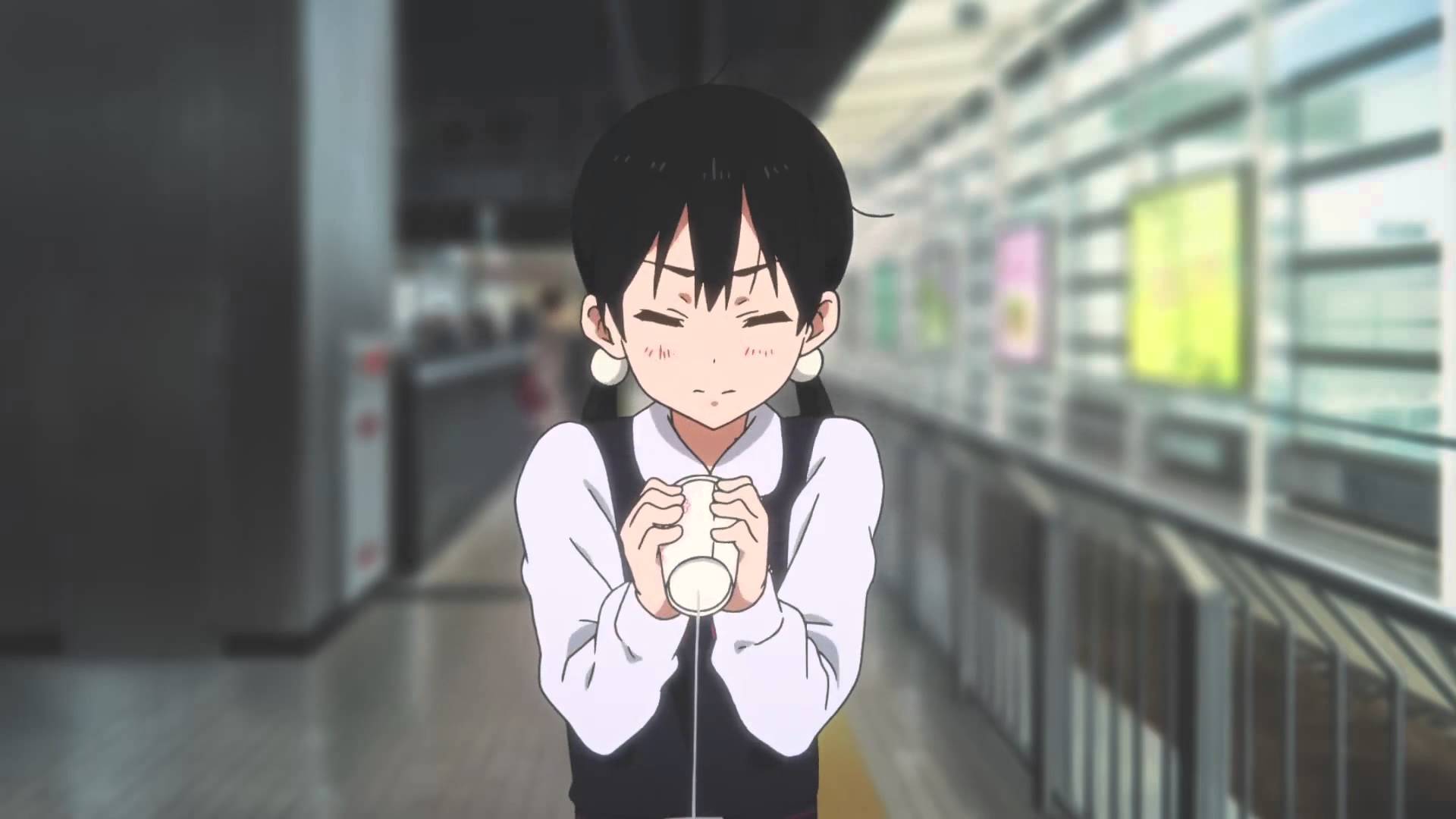 By far the most gushingly cute movie on this list, “Tamako Love Story” would be at home with Ghibli classics like “Only Yesterday” and “Whisper of the heart” had Ghlibli’s realistic art style replaced the giant eyed, sharp faced characters. But Kyoto Animation, the studio famous for “K-on!” and “Lucky Star” is earning its own place among anime fans thanks to its unique style of cute, but fluid animation.

High school senior Tamako Kitashirakawa feels left behind by her friends’ ambitious futures. While they aim for high level universities or dream jobs, Tamako focuses on her final gymnastic baton routine, knowing she will inherit her family’s restaurant.

On the other hand, Mochizou Ooji looks to start afresh in Tokyo, saying farewell to his friends, family and hometown for a fresh college life. Mochizou has some final business to take care of, as he tries to conjure up the guts to reveal his secret feelings for Tamako. Will Tamako find satisfaction in her current plan or discover a new dream? Will Mochizou confess his feelings or start his new life heavy with regret? 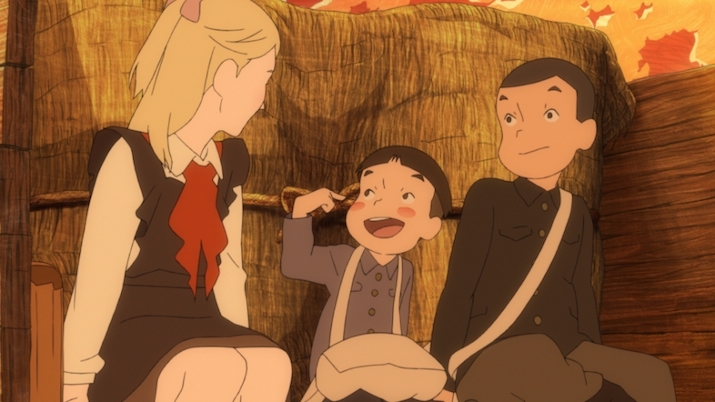 Ghibli won accolades for its raw depiction of children dealing with war in its 1988 film, “Grave of Fireflies.” Famous for its work on the “Patlabor” and “Ghost in the Shell” series, Production I.G. takes a swing at genre with “Giovani’s Island,” a film based on a lesser known aspect of WWII; the USSR’s postwar occupation of parts of Japan.

Brothers Junpei and Kanta find their lives thrown into chaos when Soviet soldiers burst into their classroom, announcing their occupation of the island. Although the brothers become friends with some of these unwanted guests, the adult world isn’t so forgiving and tensions between the Soviets and the Japanese villagers grows. Soviet soldiers force villagers from their homes and push them to the brink of starvation.

As the situation worsens, Junpei and Kanta’s father begins smuggling food to the villagers. Once discovered, the effort to save lives is seen as a crime whose punishment splits up the family and moves the brothers and father to separate concentration camps. Will the boys survive the camps horrid conditions? Will they ever be reunited with their father?

Although “Giovanni’s Island” features a flatter, less detailed art style than any Ghlibi work, it shares Ghlibli’s recurring anti-war themes and its celebration of children’s unfaltering hope and innocence. Furthermore, Ghlibli fans might find the unlikely friendship between the brothers and a Soviet girl similar to that of Marni and Anna in Ghibli’s most recent work, “When Marnie Was There.”

15. Night on the Galactic Railroad 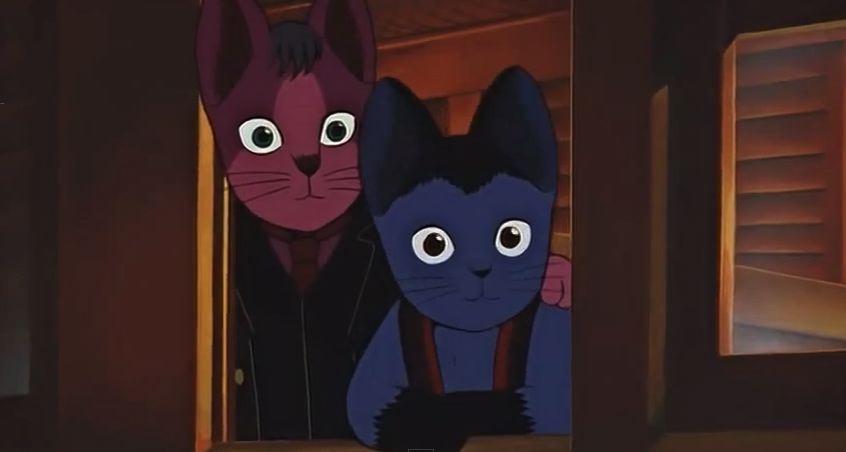 In films like “Howl’s Moving Castle” and “The Secret World of Arrietty,” Ghibli gave famous works of literature their own charismatic touch. Director Sugii Gisaburou does the same with Kenji Miyazawa’s famous novel “Night on the Galactic Railroad.” But out of all the imagination and style Gisaburou bring to the film, one change stands out above the rest – all of the people have been changed to cats!

Yet the story, about Giovanni, a young boy (or in this case kitten?) that gets sidetracked when buying milk for his sick mother and somehow ends up journeying across space and time on a magical space train remains true to the novel. Gisaburou also recreates the story’s surreal feeling – Giovanni travels from one stop to the next, experiencing bizarre places like the Milky Way Station and meeting mysterious people like the birdcatcher.

“Night on the Galactic Railroad’s” warm, dark animation and slow pacing creates a dream like aura that matches the novel’s tone. And like many Ghibli films, this tale isn’t about the destination but the journey – there are no major villains or conflicts, instead viewers are expected to sit back, enjoy the ride, and like the story’s hero, learn a few things in the process.