Though times have immensely changed over the course of the 15 years of the new millennia, Hollywood rom-coms are not the most adaptive of genres, and so the conventions and worldviews of films depicting relationships haven’t exactly kept up with these changes.

The movies in this list are honorable exceptions, and it’s no coincidence that most of them were made by young, talented writers and directors. 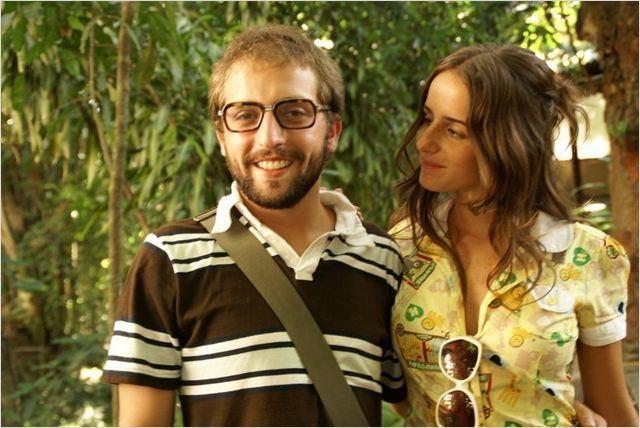 The first of two Brazilian movies on our list, Apenas o Fim (a title that could be translated to Nothing But the End) was made by director and writer Matheus Souza while he was still in college, with a budget of around US$2,000.

The film is an honest and sensitive portrait of the last afternoon Tom (Gregório Duvivier) and Ela (Érika Mader) spend together after a long relationship, filled with meaningful and bittersweet conversations while the two of them try to work it out why they are breaking up and why they drifted apart.

It’s not a sophisticated movie, but it has the insight of portraying this two characters as mature and responsible human beings who still love plenty of things about each other, but for whom being together just doesn’t make sense anymore. Its attempts at comedy are not particularly smart, but in sorting through this couple’s assembly of memories and particularities, Apenas o Fim turns into a love poem by and for a generation that genuinely tries to see and understand the other staring back at them. 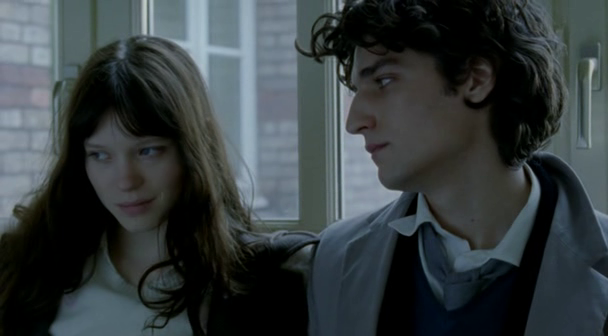 La Belle Personne’s disaffected and impenetrable exterior is broken very suddenly when a main character commits a violent act near the ending of the movie, originally made for television by French auteur Christophe Honoré (Dans Paris). It’s a bold and precise cut of the knife by Honoré, revealing in a single action the rich inner life the movie’s main characters have been hiding from everyone (including the spectator) through the length of the film.

Léa Seydoux gives a minimalist and somber turn as Junie, a high-schooler who changes classes soon after her mother’s death, starts dating a quiet boy (Grégoire Leprince-Ringuet), but falls in love with her older teacher, played by Louis Garrel.

The swaying affections, the heavy burden of low self-esteem and the disconnected, blasé way this generation deals with all of it is nailed by Honoré’s script , transporting Madame de Lafayette’s novel Princesse de Cléves to the modern-day setting. Sometimes, La Belle Personne can feel like an alienating cinematic experience, but so is the confusing love life of the people it portrays, tainted by pride, social dogmas and a fleeting sense of time spent idly. 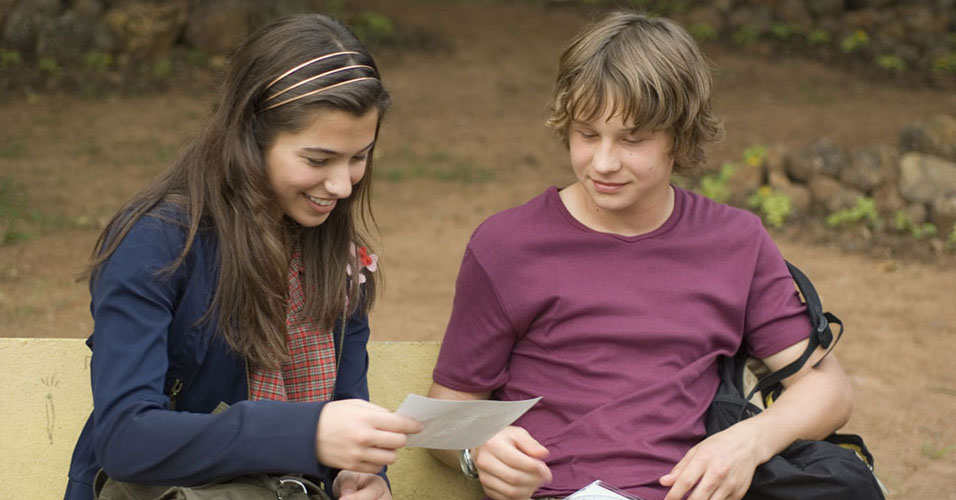 This Brazilian coming-of-age story, set in the countryside, is one of the most acutely precise portraits of its generation, touching ably on themes like parental abandonment and the search for one’s true identity or purpose in life in the adolescent years.

It doesn’t understates the drama, and it wouldn’t be complete without a convoluted relationship to burden its lead, Daniel (Pedro Tergolina) – the young actors playing him, his best friend (Eduardo Cardoso) and the girl they both crush on (Bianca Menti) don’t let the script come off soapy or overdramatic, but there’s a sense of heightened sensibility and complicated bitterness in each new development in this love triangle. It’s a teenage story, but one that manages to be quite poignant.

The unsaid words of jealousy and fear are a persistent ghost haunting Antes que o Mundo Acabe main trio of younglings – and the way it all comes out in bursts of words and fists when they get drunk and start to feel the pressure is as realistic as it gets when it comes to this generation.

Every character is beautifully designed in Antes que o Mundo Acabe, and they have to be, otherwise their anguish and existential breakdowns wouldn’t feel as earned as they do here. In their search for themselves, finding each other is a difficult process.

Though it’s admittedly a very small portion of The Social Network, the relationship between Jesse Eisenberg’s Mark Zuckerberg and his girlfriend at the beginning of the movie, Erica (played by Rooney Mara), is the unexpected framework screenwriter Aaron Sorkin smartly uses to bookend the journey of its main character.

That’s no coincidence, of course: The Social Network, with all its intricacies and technicalities, its entertaining discourse on the way we think, communicate and build our relationship with others nowadays, is in a way a fable about connecting with people, making room for them and the loyalty they deserve in our life, even though it doesn’t always seem like the best idea.

The thing is Fincher’s most fiercely human movie to date is also his most cynical one, showing and telling us how Mark and the people around him use technology as a medium through which they can pretend to connect with each other, though they never really care for it too much. Mark’s relationship is irreparably broken by the start of the movie, but he stills goes and “friends” his ex on Facebook at some point, as an easy way of reaching out and hinting at a change of heart that may never come. 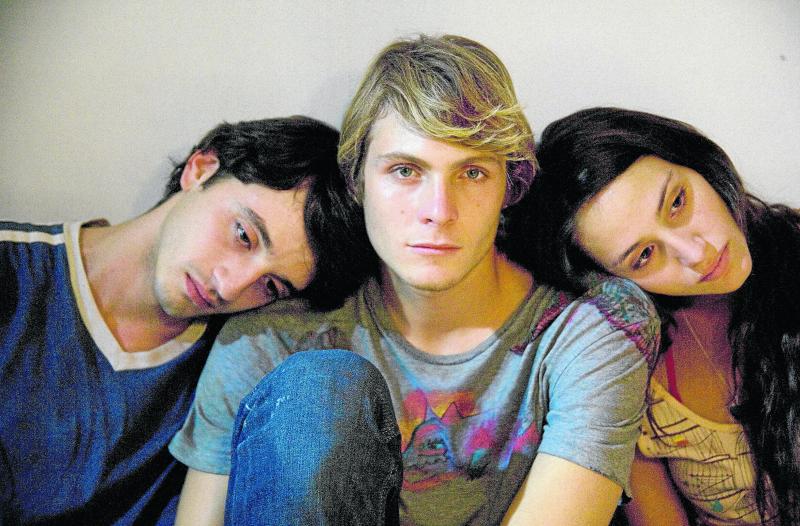 In Chile’s whirlwind youth tale Drama, the weird journey of a trio of young actors through a muddled and complicated relationship is chronicled with the tiny bit of surrealism and the conflicting emotions and desires this characters would infuse in a movie they were making themselves.

When we see these characters through their own eyes, the mixed feelings of idolization and contempt for themselves included, we also get to see the small details of their sexual and romantic awakening, and that’s an experience unique to Matias Lira’s film. Though not a wholly matured and nuanced work, Drama is a blunt movie about blunt characters that disguise themselves as elusive creatures full of love, desire, lust and spite. 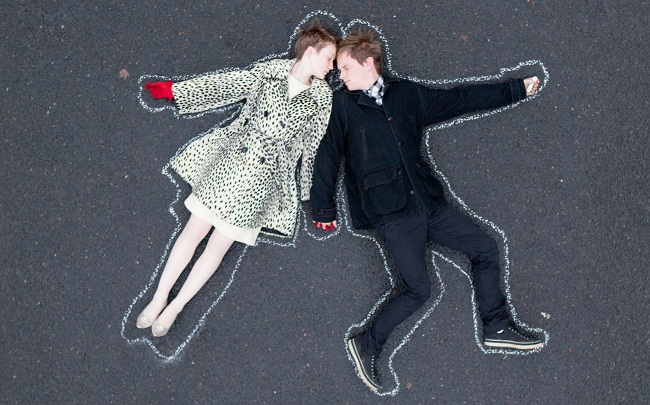 Gus Van Sant’s romantic fable Restless is uneven in a few aspects, like the fantasy storyline involving an imaginary friend of main character Enoch (Henry Hooper) and the weird (not in a good way) rhythm Van Sant imposes in his film.

Every scene was filmed at least twice by the director, with actors being told to do it like they were in a silent movie in one of the takes – that lends Restless a heightened sensibility and the performances an additional physical aspect, which turns this flawed drama into an unexpected delight. Enoch meets and falls in love with Annabel (Mia Wasikowska, in yet another pitch-perfect performance), a terminally-ill girl with whom he divides a morbid obsession or two.

That’s the aspect that discerns Restless from the other movies on this list: Van Sant isn’t exactly known for shedding a forgiving light unto his characters, so the warts and flaws Jason Lew’s script gives Enoch and Annabel, and the particular kind of bond they form, are all here. Restless’ romantic relationship between the two leads is constructed primarily in a mutual obsession with death, in the trauma and sadness they share, and in the bitter-sweetness of a relationship with an expiration date.

Mistress America, like Baumbach’s previous creation alongside his current girlfriend, Greta Gerwig, is a complex and brilliant portrait of generations. In this film’s instance, it’s about twenty-something Tracy (Lola Kirke), a college student with literary ambitions, and her soon-to-be half-sister, thirty-something Brooke (Gerwig).

Together, they’re a perfect combo: an aspiring artist dying to idealize the hell out of something and a “modern entrepreneur” who idealizes the hell out of herself. Mistress America is, at its core, about romanticizing reality through fiction, but it also expertly highlights the tendencies and particularities of the two generations it depicts.

In the shadows of its two formidable main characters, the couple formed by Tony (Matthew Shear) and Nicolette (Jasmine Cephas Jones) is given the space to represent and develop the vision of a modern relationship by Baumbach and Gerwig, and it isn’t exactly a pretty one.

Tony and Nicolette have a dynamic driven mostly by jealousy, their shared and particular neurosis, some not-so-witty banter, and mutual critique of one another – in a Woody Allen movie, they’d be his version of happily-ever-after. Mistress America is honest enough to tell us a relationship like this doesn’t work, even as common as they are nowadays.