Like Lars von Trier, Luis Buñuel was by no means a stranger to controversy by the time he released this 1950 social realist piece on the lives of “the lost and the damned” – a gang of street-children-turned-hustlers who wrestle with extreme poverty and an uncaring society.

Buñuel began his career collaborating with the surrealist Salvador Dalí. Their first film Un Chien Andalou was designed with the intention of offending the bourgeois (instead it launched them to fame within the surrealist movement and was a big success).

During the Spanish Civil War, Buñuel served an advisor to the Republican government. This included cataloging propaganda films as well as more active involvement (including spying!) When the war ended and Franco took power, Buñuel uprooted to America where he failed to find much success in Hollywood.

He obtained Mexican citizenship in 1949 and entered into the so-called Golden Age of Mexican cinema. He conceived the idea of Los Olivdados after reading about the body of a child being discovered in a rubbish tip. Strikingly different from contemporary Mexican melodrama, his film was heavily inspired by the Italian neorealist movement.

The film was marred by controversy throughout its production, with members of the crew coming into conflict with Buñuel’s vision. A hairdresser quit over a scene in which a mother refuses to feed her child, something “no Mexican mother” would do.

This air of hostility continued after the film’s release, with scathing reviews and even demands for Buñuel’s citizenship to be revoked. It was pulled after just three days despite producer Dancigers decision to tack on a happy ending and TV documentary style opening. Public reception changed after the film received accolades at European film festivals.

An adaption of Noel Coward’s play Still Life, David Lean’s masterpiece of an almost-affair is a tender and melancholic experience. However, in terms of content it is mild, even in comparison to other contemporary British films. On its rerelease this year, the BBFC issued the film it a PG for a visual and descriptive reference to suicide and for a scene in which a woman agrees to go into the apartment of a man with the intent of consummating their affair.

Nonetheless, the film was banned in the South of Ireland simply for displaying a permissive attitude to adultery. The Irish Film Classification board states that films may be banned on grounds of lewd or obscene content. This also includes films that contain blasphemy such as Monty Python’s Life of Brian.

To illustrate the national attitude to relationships, it is worth noting that divorce was not legal in Ireland until 1995. The ban on Brief Encounter was rescinded in the 1960s, however.

Derek Cianfrance’s hard-hitting depiction of a marriage gone south ended up becoming the centre of a sexism debate when the film was slapped with an NC-17 classification by the MPAA for its initial release.

Co-star Michelle Williams also wrote to the MPAA, stating that the decision “unmasks a taboo in our culture, that an honest portrayal of a relationship is more threatening than a sensationalized one.”

Comparisons came in with Darren Aronofsky’s Black Swan, which featured a lesbian sex scene between Mila Kunis and Natalie Portman and received an R rating, promoting discussion of titillation versus realism. Eventually, the decision was successfully appealed by the Weinstein Company and the film was passed with an R rating without any cuts.

In the UK, the BBFC released the film with a 15 rating attached, claiming that the portrayal and tone of the sex scenes were at the “upper limits” of the rating, but the lack of detailed nudity allowed it to pass at this level. 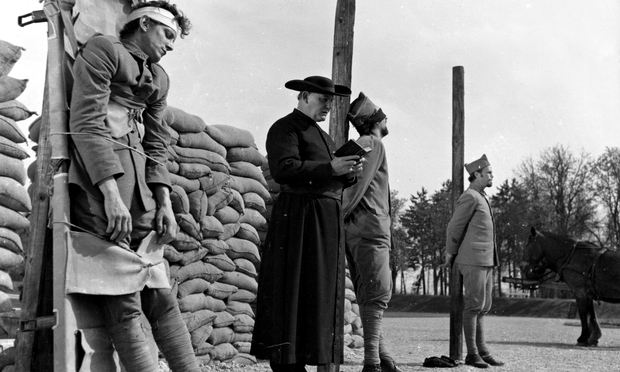 Stanley Kubrick’s 1958 compassionate anti-war film was well-received in the US and the UK, but elsewhere in Europe it was greeted with sustained controversy. The film was adapted from Humphrey Cobb’s novel based on the real-life execution of four French soldiers as a means of setting an example for other soldiers.

Though there was a negative reaction after a screening in Brussels, where military veterans were offended by the depiction of the French military, contrary to popular belief the film was never banned in France. However, great pressure was placed on United Artists (the film’s European distributor) by the French government.

Eventually, the decision was made not to enter the film for classification, and thus it was not shown until 1975. As an added blow against the film, it was not shown in Germany for two years in an effort to avoid putting a strain on French relations.

The longest ban was administered in Spain under Franco’s government, who declared it unsuitable for release due to its anti-military sentiment. The ban was eventually rescinded in 1986, 11 years after Franco had died.

Bruce Lee’s final film, released just 6 days after his death, was the massive international success, both critically and financially. It still ranks among the highest rated martial arts films ever made and was inducted in the National Film Registry in 2004. Despite the extreme level of violence, the film passed with no cuts in the USA and elsewhere.

The BBFC on the other hand, led by Stephen Murphy at the time, felt that the film exploited violence as a form of entertainment and that it was likely to be impersonated by teenage boys. The film was passed with an X rating (18 and over) but only after further cuts had been made. Crotch kicks, neck breaking and glass bottles wielded as weapons were amongst the content that was removed.

It did not end there, however. One cinema exhibitor expressed concern over potential copycat crimes because of a scene in which two policemen are attacked and their car stolen. Murphy dismissed his claims citing lack of evidence. Soon after, another media campaign was launched due to the growing spread of nunchucks and other chain sticks.

It became standard practice in the BBFC to cut all scenes featuring martial art weaponry with the advent of VHS releases until 1999 when a more contextual approach was adopted.

Fredrick Wiseman, a lawyer-turned-filmmaker, began calling the faculty of the Bridgewater State Hospital for the criminally insane about making an educational documentary on the procedures that took place there. A verbal agreement with the superintendent followed, whilst Wiseman ensured that he had permission from either the participating inmates or their legal guardians.

The documentary captures some of the horrific practices that took place at the Hospital including force feeding, pubic stripping and bullying by the staff. What followed was a case of political back-and-forth in an attempt to keep the shocking footage suppressed.

When the film came to be screened at the 1967 New York film festival, the state of Massachusetts tried to pass an injunction banning the film on the basis of that it violated the patients’ privacy and dignity. The film played at New York; however, the following year the Massachusetts Superior Court judge Harry Kalus ordered all copies to be destroyed. Wiseman appealed and was granted permission to show it to doctors, medical professionals, social workers and students.

It was the first time a film was banned in America on the grounds of the individual right to privacy. Wiseman believed that the film was targeted so that the state could protect its reputation.

The decision to ban the film was brought up in a trial in which Steven Schwartz represented the families of the inmates who had died between its release and 1987. He claimed “There is a direct connection between the decision not to show that film publicly and my client dying 20 years later, and a whole host of other people dying in between.” 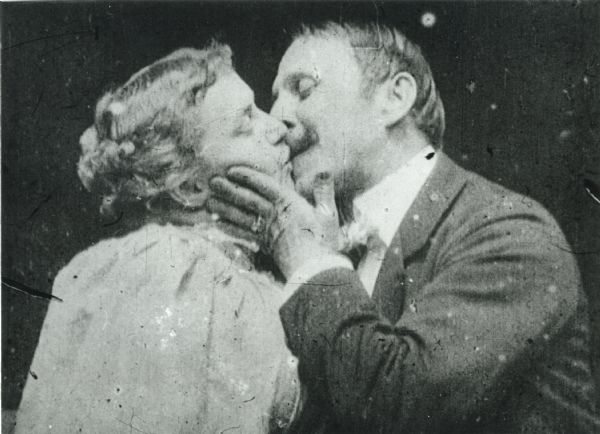 In 1896, William Heise, working for Thomas Edison, shot a re-enactment of the final scene from the musical The Widow Jones. The scene, composed of a single mid-shot, lasts around 20 seconds.

It depicts a couple, May Irwin and John Rice, pressed tightly together, conversing lightly before Rice leans in and kisses the side of Irwin’s lip. The position is held, though Irwin only turns to face Rice in the final moment of footage to complete the scene. It’s tender and not particularly titillating, but its release was the subject of a major scandal.

The film was lambasted as repulsive and pornographic. In Victorian society, public kissing was considered a strict taboo; it was referred to as “spooning”. One critic remarked: “The spectacle of the prolonged pasturing on each other’s lips was beastly enough in life size on the stage but magnified to gargantuan proportions and repeated three times over it is absolutely disgusting.”

Despite only moderate success in its initial theatrical run, Fight Club had a huge impact on the cultural landscape in the years following its release. The film was met with critical puzzlement at the central themes of its story and its questionable attitude to violence. Some took Fincher’s film to suggest violence as a means of reinstating masculinity in the corporate world whilst others viewed it as primarily a satire on modern consumer culture and violence in the media.

Though the film received minor cuts in the UK, it passed through into cinemas relatively unscathed. It wasn’t until its reputation grew after the home video release that public fear grew around the idea of copycat clubs being set up. Such fears seemed to be justified when reports came in across America of “Fight Club” related injuries.

In California a “Gentleman’s Fight Club” was set up, primarily aimed at men from the tech industry. In Arlington, TX an unwilling teen was beaten; after DVD sales of the fight were sold, authorities arrested 6 teenagers in connection to the crime.

Accusations were thrown at the film for potentially influencing Luke Helder, otherwise known as the Midwest Pipe Bomber. Helder planted a number of explosives in mailboxes over an area of 3,200 miles. The pattern of the bombings was designed to look like a smiley face, similar to acts of vandalism carried out by the members of “Project Mayhem” in the film.