This is a very subjective list which does not aspire to a universal or official cataloging of its topic. It’s an assembly of movies which compiles some features and peculiarities which provoke a certain feeling of despair in the spectator. This includes striking emotions which haunt the viewer before the film is a memory.

There might be those whose emotions remain completely unaltered by some of the following films. Cinema, like other art forms, has a way of penetrating the most intimate and deep places of its viewers. The way a person connects with and receives art varies from one person to another, depending on personality, lifestyle, memories and state of mind.

The following films are grouped together because they are considered by many to be painful. They have in common the power to leave the viewer numb, dazed and suffering from a lack of hope, not only during the film, but moments after the viewing. Content such as shocking scenes, gloomy plots and bleak finales end up becoming a cruel memory to those who view. 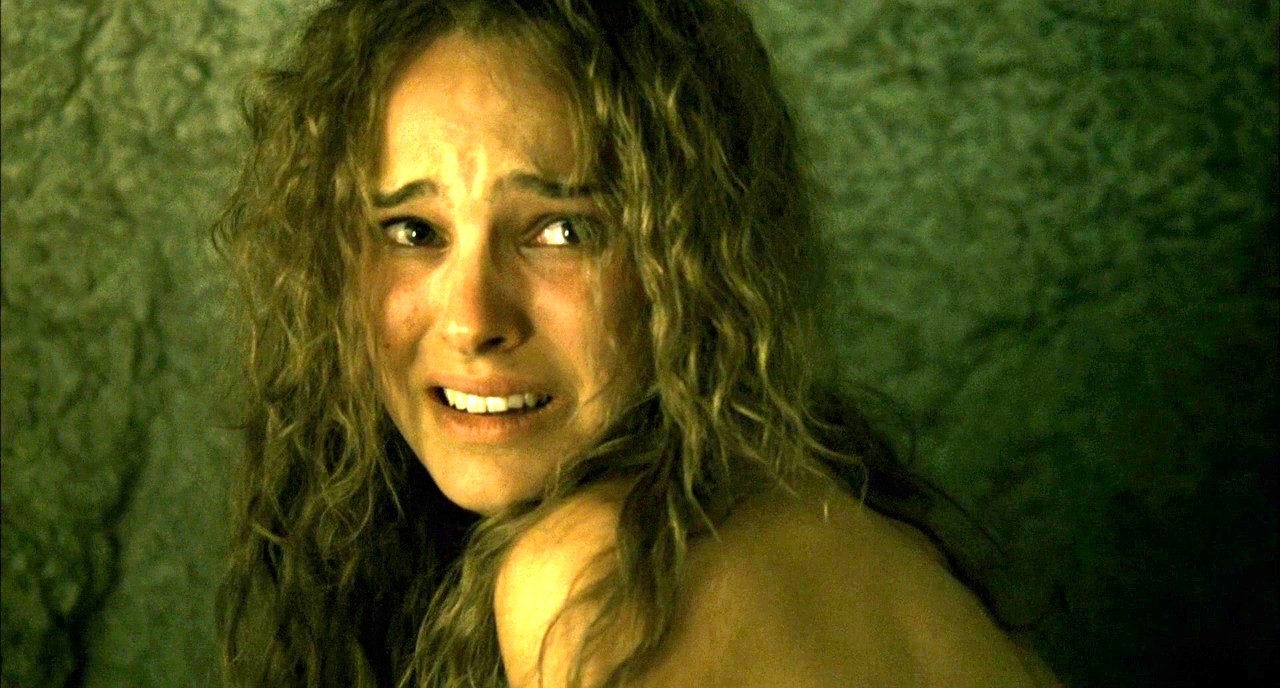 Milos Forman and Jean-Claude Carrière make use of the famous painter Goya to illustrate a troubled time filled with horror and tragedy. The film opens in 1792, an age dominated by the fearful Spanish Inquisition and its acts of torture and oppression, cruelty and fanaticism.

The story centers around Goya, the most famous and controversial painter of that time, who was worshiped by nobles and burghers and feared and hated by the clergy. Also of importance are his muse Inez, the daughter of a wealthy merchant, and Brother Lorenzo, a vain priest who faithfully serves the Holy Office and admires Goya’s talent.

One night Inez is spotted by spies of the Inquisition declining a dish of pork in a tavern, which immediately raises serious suspicions about acts of Judaism. After being arrested, she’s mercilessly tortured by the Holy Office to “confess” the crime of which she was accused. Her father asks Brother Lorenzo for help. The priest takes advantage of Inez’ helplessness in jail. After several years, there is a change not only in the political and social climate, but in the situations of each of the three characters.

The fictional drama unfolds against the backdrop of a series of the dark deeds of the Inquisition, Napoleon’s conquest of Spain, and the lowest and most degrading aspects of human nature. The title “Goya’s Ghosts” alludes to the burden that Goya carries over the years after witnessing such atrocities and inhumanity. 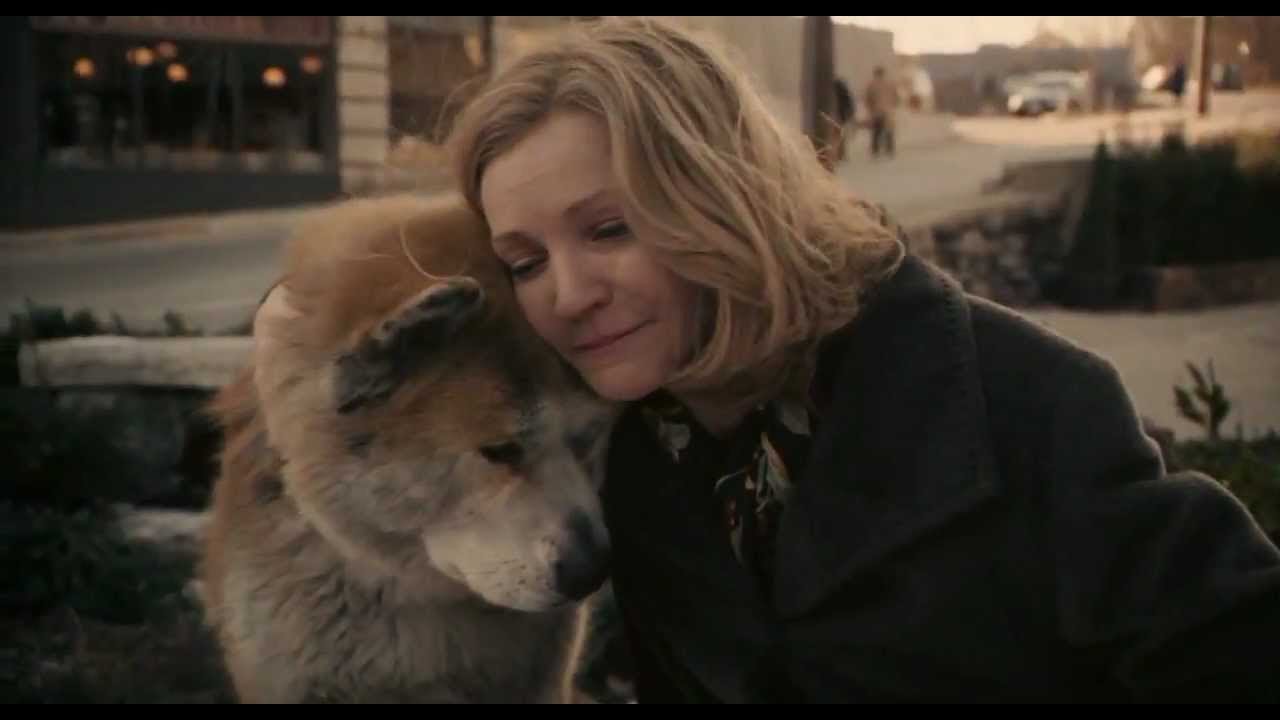 Only those who have or have had dogs can understand the emotional impact of this film. Those who have not owned dogs but feel a great affection for them can also be moved in another way. The relationship of owner and dog is such a special, unique and personal bond that it can only be understood by those who have shared their homes with these wonderful creatures.

In the film Parker Wilson (Richard Gere) one day finds little Hatchi, a dog who has accidentally strayed from home, ending up in the middle of the street. He initially has no intention to keep dog, but quickly becomes attached to him. The bond that is created between them is shown in the following scenes. Among the small details which make up relationship between owner and his dog is the fact that Hatchi goes every day to take and receive Wilson at the train station.

After delighting the viewer with these moments of tenderness, the worst happens. Parker suddenly dies of a heart attack, leaving behind wife, children and his faithful friend. However, Hatchi continues the tradition, going every day to wait for his owner at the train station, even after the family moved, until the end of his days.

Based on a true story (which amplifies the tragic tone of the film), the film depicts the unconditional love and loyalty of the dog. It’s a huge lesson about the connection between dogs and men and the respect they deserve to get from those they love without restrictions. 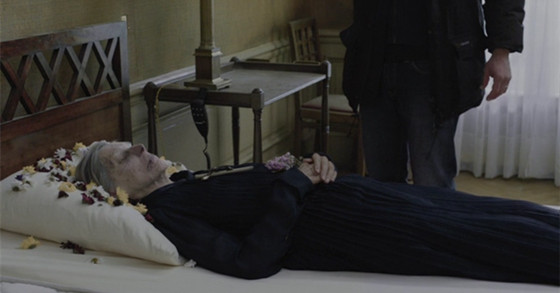 Amour, written and directed by the Austrian filmmaker Michael Haneke, tells the story of an elderly couple, Georges (Jean-Louis Trintignant) and Anne (Emmanuelle Riva). After Anne suffers a stroke which affects her physically and leads to more serious consequences, the couple’s peaceful life is deeply shaken. In light of the gradual deterioration of Anne’s condition, the couple has relied on their bonds of intimacy and love in order to overcome this crisis.

Despite the visits of their daughter and others who care for them, there’s a clear atmosphere of profound solitude enveloping the movie. It’s as if Anne and George were the last two people on the earth, embarking on a last journey of aging.

Amour is extremely pessimistic in its outlook about death. Death is the natural end of a cycle. The film leaves the viewer fearful of certain inevitable realities of life. Getting older is a fact and death is certain. The last stage of life can be happy, but the truth is that, in most cases, it is tragic. The film ends and the viewer feels distressed and can not help but wonder how to deal with suffering at the end of life.

The action takes place in 2027. The world has been devastated by several natural disasters, and is largely uninhabited due to both pollution and the anarchy it generated. England is one of the few inhabitable places. Worst of all is the fact that humanity is on the brink of extinction due to some unknown phenomenon that has led to an infertility epidemic.

The main character in this gloomy scenario is Theon Faron (Clive Owen), a former radical protester, who now lives without hope for a better future, under the pressure of a government police force. One day after rediscovering an old comrade (Julianne Moore), Theon wakes up from his apathy and joins an activist group. These wanted “terrorists” safeguard a miraculously pregnant young girl.

Taking place in a frighteningly near future, the film has many action scenes which project a tension and despair so strong as to suck all joy from the viewer immersed in this believable world of the future. The climax posits the possibility of a happy outcome, of purposes fulfilled and salvation for humanity, but it is never known if such a victory is achieved. 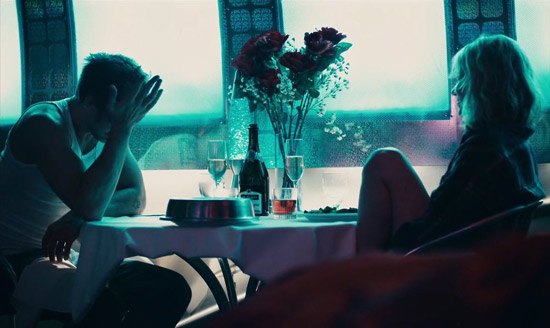 This Derek Cianfrance’s film is an honest, complex and painful portrait of a dying marriage. The couple’s story is told in intercut segment of past and present.

When the pair were younger, they believed everything was going to be okay because they were in love. Despite some setbacks, everything works well. Cindy is a damaged girl who needed to be loved and Dean is a clumsy funny boy ready for loving her unconditionally. The present time is a dramatic contrast to the past. They are married, they have a six-year-old daughter, and all love and happiness has disappeared.

It is virtually impossible for a viewer, after seeing the film, not to put some personal romantic beliefs in perspective. The parallels made throughout the film between the time when the two met and fell in love and the end of the relationship, six years later, creates a sense of shock. Unlike many films, the disintegration of this marriage does not have a concrete reason or an inciting event. It took place over the course of time, due to emotional distress and the fact that the two people who met and fell madly in love have remained faithful to what they were at the beginning and have changed the way they begin to view each other.

Cindy always had plans and opportunities for the future and Dean was always content with the happiness he has already. The situation reaches a point where Cindy can’t remember the overwhelming passion that led her, in the past, to marry Dean. Awakened from the apathy in which he was immersed, Dean does not understand what suddenly began to fail. He desperately fights to regain his wife’s love, but he already knows he’s just going against the current.

It is clear to the viewer from the start, especially in light of a magnificent performance by Michele Williams, that Cindy is unhappy and emotionally drained and the relationship between those two is beyond saving. 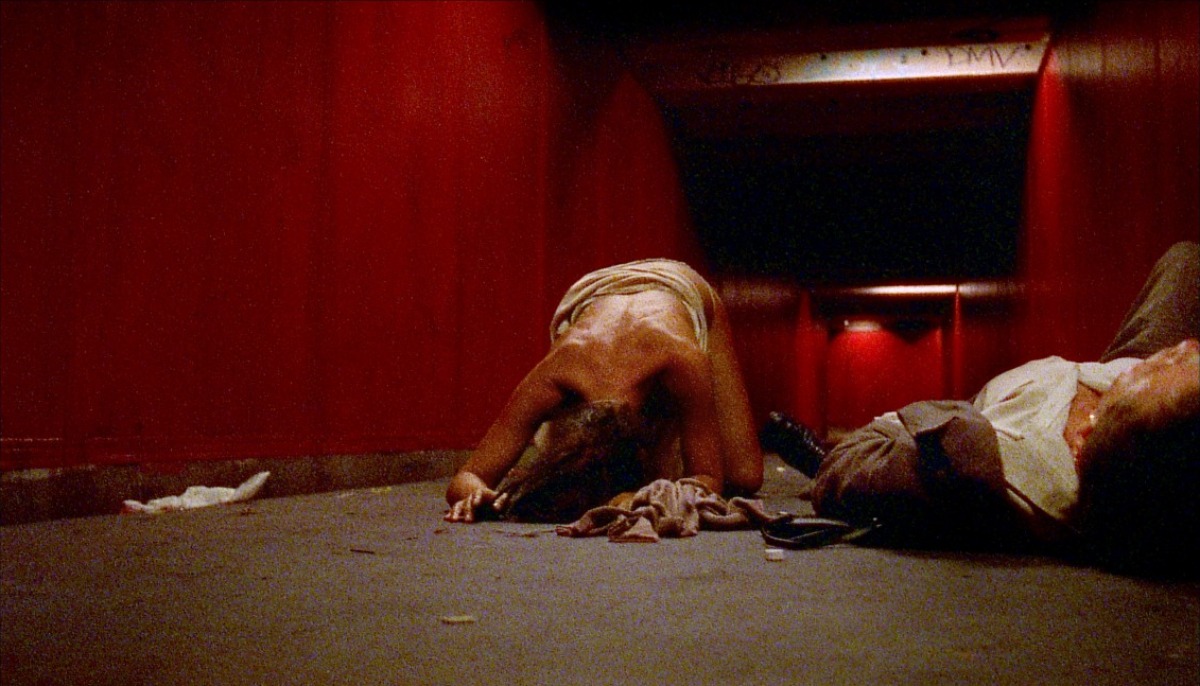 Gaspar Noé is known for making movies that are hard to digest and Irreversible may be the best example of that. “Extremely difficult to watch” is the simplest way to describe this movie. This fact is not due to the plot being related in reverse chronological order, but because of the content of the movie itself, which is violent and gruesome, well-made and innovative.

Due to its unique construction, the movie opens at the climax and flashes back to a series of events leading to that situation. Two friends (Vincent Cassel and Albert Dupontel) decide to take justice into their own hands are hunting down the man who raped and beat their girlfriend and friend (Monica Bellucci). From that point the viewer begins to see what has occurred, who these characters are and to understand the relationship between them.

The script is very simple. What was supposed to be a normal night out with friends turned into a tragedy. As the film proceeds backwards in time, it is possible to see the characters before all the misfortune, when they were well and happy. That fact plus a considerable amount of violence creates an unpleasant sensation towards the end of the film in which atmosphere is the complete opposite of the film’s earlier scenes. By the end, the main characters are portrayed as joyful and in love full of romance, tenderness and light further accentuating the despair felt throughout the rest of the film.