Are you an introvert? Do you ever contemplate life? Do you like anime? Well, even if you’re new to anime, if you like thought provoking and dark things, you’ll undoubtedly find something to enjoy here. If you aren’t new to anime and still like it, hopefully you’ll be new to at least some of these intelligent and powerful animations, and hopefully you’ll find something to enjoy.

Anime comes from Japan, as many of you know, but perhaps surprisingly for an animated art form it is often laden with some of the heaviest themes in cinema, probably due to the fact that Japanese culture is repressive. In other words, repressed feelings and opinions are channeled into the outlet of artistic creation. And because anime is fairly well respected in Japan, it is often the artistic medium where thought provoking experiences are found.

This list was compiled to showcase dark and thought provoking anime films, which urge you to ponder the inner workings of the mind, the outer workings of the world around you, and really just life in general. That said, a warning to those who are used to lighter themes in film and anime – if taken seriously, these works might destroy ignorance, and forever change you.

A word to the wise: be warned. Also, if you want a genuine experience, watch these with the original translation, using subtitles if need be. Often the dubbed versions alter the experience in detracting ways. Now, on to the list!

1. Ghost in the Shell 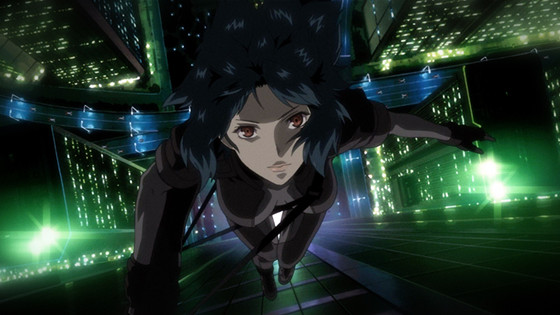 One of the most philosophical animes in existence (originally a seinen manga aimed at mature boys and men), “Ghost in the Shell” may make you feel emotions that you don’t want to feel, even feelings you’ve never felt.

However, the animation is a bit dated, and the action can get slow at times. But if you’re prepared for and maybe even welcoming of deep questions centered on what it means to be human, you’ll see that it has much more to it than meets the eye. People surely saw exactly that when it first came out, for there have since been series and films.

Set far in the future, many humans in this era have merged with machines, becoming enhanced cyborgs. However, this merge is not without its drawbacks. In a way, they become servants of the machine itself. This holds especially true for the cyborgs that work for Section 9, an intelligence agency that deals with matters outside the scope of the police force. When an intelligent and malevolent lifelike creation emerges from machines, Section 9 has to try to prevent it from wreaking havoc.

Throughout the film, questions of consciousness are explored, such as asking what it means to have a mind. Similarly, it asks, is there a soul? That is where the title gets its name. This is a powerful and enjoyable film for those who like deep and analytic dialogue, accompanied by sweet action sequences.

Another deeply philosophical and psychological anime, this doesn’t seem so at first. It is an anime that feels easier to digest without getting yanked into the existential questions and statements that “Ghost in the Shell” has a tendency of launching into unforgivingly from time to time. Even though its not as direct or obvious, the thought-provoking content is here if you want it.

At its core, “Evangelion” is a deconstruction of the mecha genre (displaying the genre in all its glories and flaws, and remixing it), powered with an incorporation of Christian symbolism (themes from other religious philosophies are present as well), and it deals more explicitly with the trials and tribulations of being an insecure kid in an adult world. This film is very often and very wisely considered a rite of passage in anime culture.

“Evangelion” is set in a world where children must do battle in giant mechas against aliens dead set on destroying the remainder of humanity. No one except the children can pilot the mechas, and thus they are thrown into the gauntlet to save their entire species. They also have to deal with the everyday intricacies of relationships, even in the midst of war.

The series is heavy, yet also light and addictive, and has since spawned a remake and feature length films. The fact that it has a dark side is what makes it such a good show. It makes it more real than many others out there. In a way it’s like Goldilocks, not too fantastical, but not too gruesome either. Well, as real as it can be for kids piloting giant robots in order to save humanity from destruction. 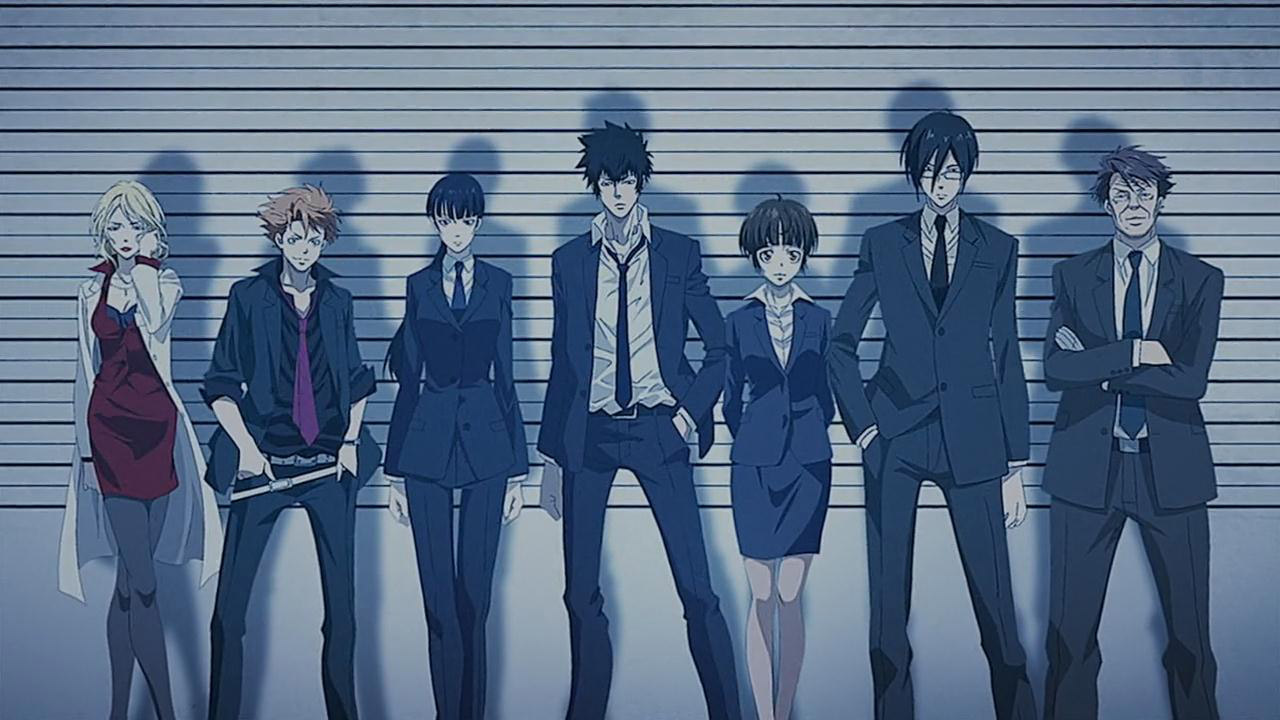 This series is set in a futuristic Japan, where all residents’ psychological states are monitored and further judged for their optimal job positions and also judged for potential criminal activity, before they even commit a crime. Some who are judged to be potential criminals are chosen to be enforcers, essentially glorified hunting dogs for the cops. Who better to catch criminals than criminals themselves?

The story follows a newbie cop on the job, who is thrown into the crime-fighting environment with intense conflict, challenging decisions and harsh realities. As she begins to learn the inner workings of the system, she also learns the ramifications of living in this type of society. Things are not always quite what they seem.

It is, in a way, similar to the popular film “Minority Report”, but very different in style and plot and overall content. Specifically, it is less futuristic, and more gritty and realistic. It really questions society, and has great references to historical pieces of literature and other art. Is this a dystopia, or a utopia? That is a question very much up for debate. 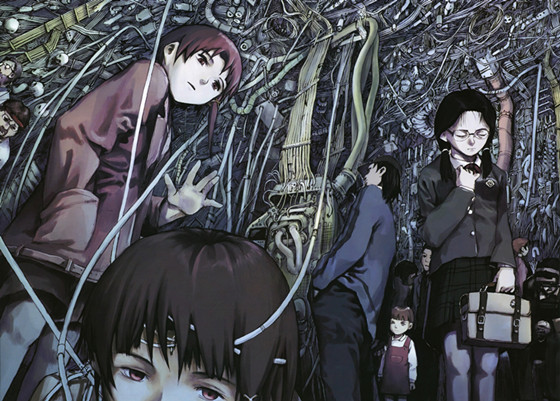 This is an avant-garde series – it won’t be your everyday anime viewing experience. It’s a rough transition from mainstream anime (not that there’s anything wrong with being mainstream, unless you’re an ironic mainstream hipster), but it’s worth it to stick around for a few episodes to let it show you how to view it.

Following the life of a young girl, this anime explores reality. What is real? And likewise, what in the anime itself is real? Can we follow the plot from what the characters are saying and doing? Or are those just manifestations of their minds?

Confusing and even frustrating, this show is not one to watch for normal entertainment value. This show challenges you, makes you an active participant in deciphering its presentation. What does it mean? What is happening? It urges you to think, instead of simply watch. Nonetheless, it is enjoyable, if you enjoy this sort of thing. 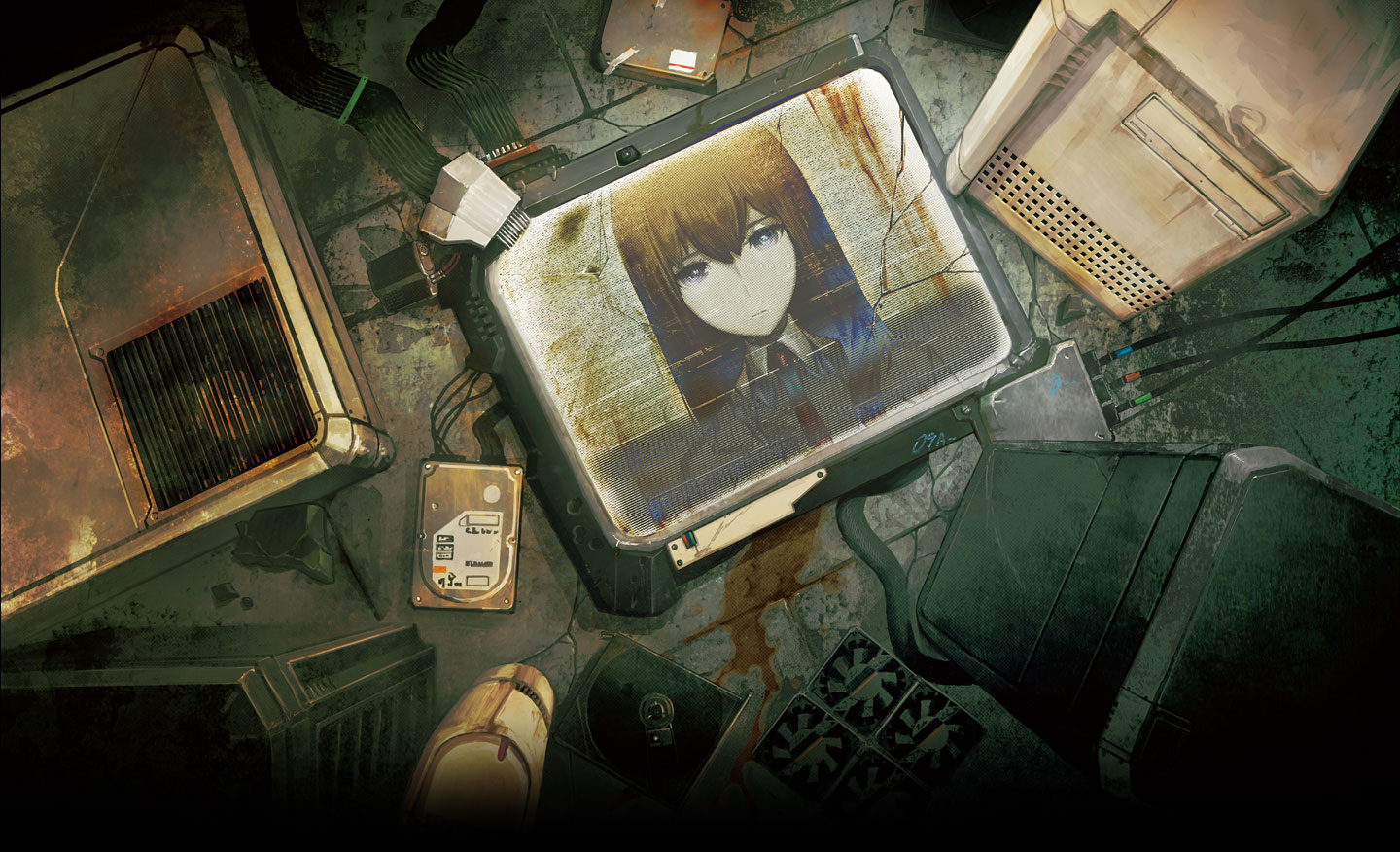 This work of art was created as both an anime and a visual novel, but originally as a visual novel. If you haven’t heard of or read a visual novel, don’t knock it until you’ve tried it – it can be a real treat. The experience is as captivating as watching a movie, if not moreso. You get to choose your path as you read or listen along… although there is one true ending that is worth trying to find your way to.

Set in modern times, this is about a group of young folks who more or less accidentally discover time travel. The story gets impressively complex with the possibilities of time travel, and the visual novel format is the perfect medium for it, allowing multiple scenarios to occur just as multiple time lines potentially could.

And if the time travel is the vehicle that drives the story, then the passengers are the characters themselves, giving life a thrilling emotional ride. It is, of course, not without its dark, somber, disturbing turns. It can get bloody, but that’s all I’m going to say.  This is a story worth the experience if you want to try something new. Or watch the anime if you just want a good and unique anime.