With the recent release of the first part of the final instalment of the “Hunger Games” franchise, “Mockingjay”, apart from the baggage and hype surrounding this particular set of films, it also puts a spotlight on the final performance of an actor that many consider to be one of the finest of his generation. That actor? Philip Seymour Hoffman (1967-2014).

Passing away at the tender age of forty-six under somewhat sad and tragic circumstances, he was a total chameleon of an actor that brought a complexity and grace to whatever he did onscreen, whether it be support roles in mainstream cinema or his fierce, challenging performances in more independent work.

Born and raised in New York, he studied acting at both the New York State Summer School Of The Arts and the Tisch School Of The Arts, really honing his craft on the stage and later in both television and his work in films.

He started to really come to prominence in the early part of the Nineties, playing small but eye catching roles in major Hollywood fare such as Martin Brest’s “Scent Of A Woman” (1992) and Jan De Bont’s “Twister” (1996), proving that old adage that it’s not about the amount of screen time that you have, but how an actor uses it.

Over time, he became best known for his work in films that one would consider left of centre of the Hollywood mainstream. He shared a fruitful and rich collaboration with writer/director Paul Thomas Anderson, featuring in five of the seven films that the director has made so far.

Their collaboration was one of those beautiful actor/director partnerships you find every so often in the world of cinema, comparable to the likes of the working relationships between Martin Scorsese and both Robert De Niro and Leonardo Di Caprio and that of Tim Burton and Johnny Depp.

What made Hoffman special as an actor is the way that he would truly delve into the psychology and being of the characters he played. Never one to rely on caricature or being one-dimensional, he gave the viewer a real sense of the feel of the characters he played, with a particular gift for playing those that could be considered lowlifes or losers.

In that respect, he is remarkably similar to another character actor of his generation that has crossed over to the mainstream, actor William H. Macey, whom he has worked with in the Anderson films “Boogie Nights” and “Magnolia”.

Hoffman also had a true gift for taking thankless, clichéd roles and characters and infusing them with a gorgeous sense of light and energy that would enlighten even the most average of film.

A great case in point is the film “Along Came Polly”, with Ben Stiller and Jennifer Aniston. A fairly pedestrian comedy, Hoffman plays one of those ‘stock characters’ in cinema, the best friend. Every scene with him lifts to a significantly greater height than the rest of the film as a whole. Again, like our recent article on Steve Buscemi, here is an actor that adds a tactile sense of light and shade to cinema that cannot be dismissed or ignored.

Here are twenty films involving Mr Hoffman that are very much worth your time. 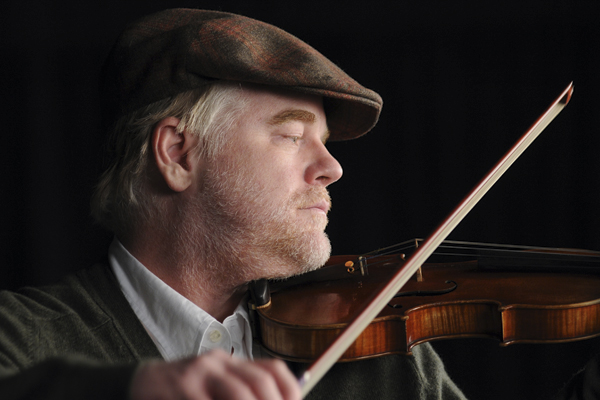 In this low key, gentle and touching ensemble piece, Hoffman is part of a string quartet, struggling to stay together due to the fact that one of their members (Christopher Walken) is dying.

A close and personal examination of the world of the artist and how, as people, we relate to each other on different levels and being, “A Late Quartet” boasts a stellar cast that also includes Catherine Keener, Wallace Shawn, Imogen Poots and Madhur Jaffrey, this is another of those small and beautifully formed works of cinema that managed to slip under the radar.

What really makes this film fly is watching how this strong set of actors click with each other onscreen, something that is always a joy to watch in any form of cinema. 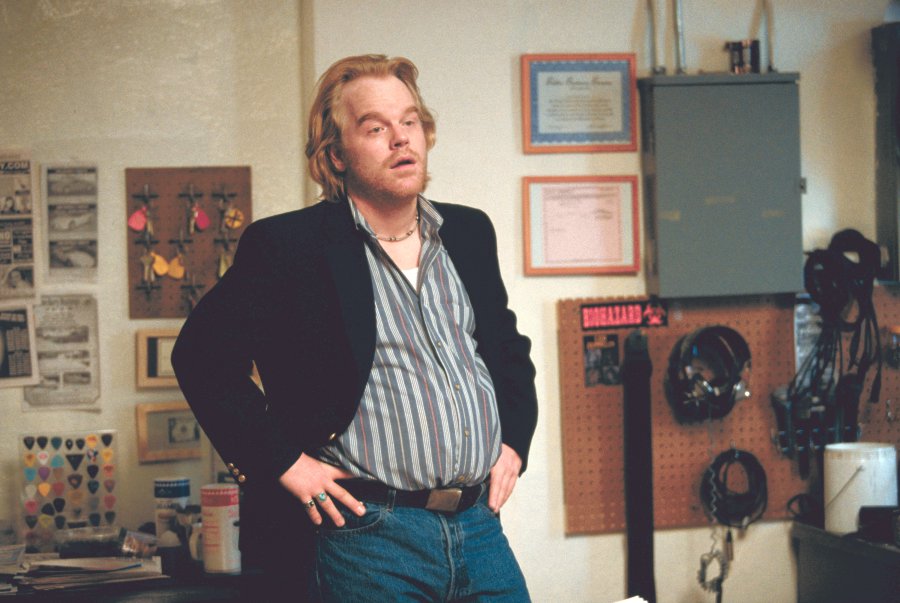 In a sharp about face for director Anderson, Hoffman plays Dean Trumbell in this quirky, defiantly left of centre comedy/drama. Tapping into a considerable gift for playing lowlifes, Hoffman excels as a greedy, morally bankrupt individual whose sole purpose in life is to fleece his fellow man financially for his own self-serving ends and means.

Tapping into hitherto unknown dramatic skills as an actor, Adam Sandler proves to be a great foil for Hoffman’s bullying and toxic character. The scene in which Sandler, finally standing up to Hoffman after years of mental abuse from other, and tells him he has love in his heart really makes the heart soar.

While not of the same ambition and scale of the better known films from the back catalogue of Anderson, this is a small gem, in which Hoffman really shines as a scummy, unlikable and repellent individual. 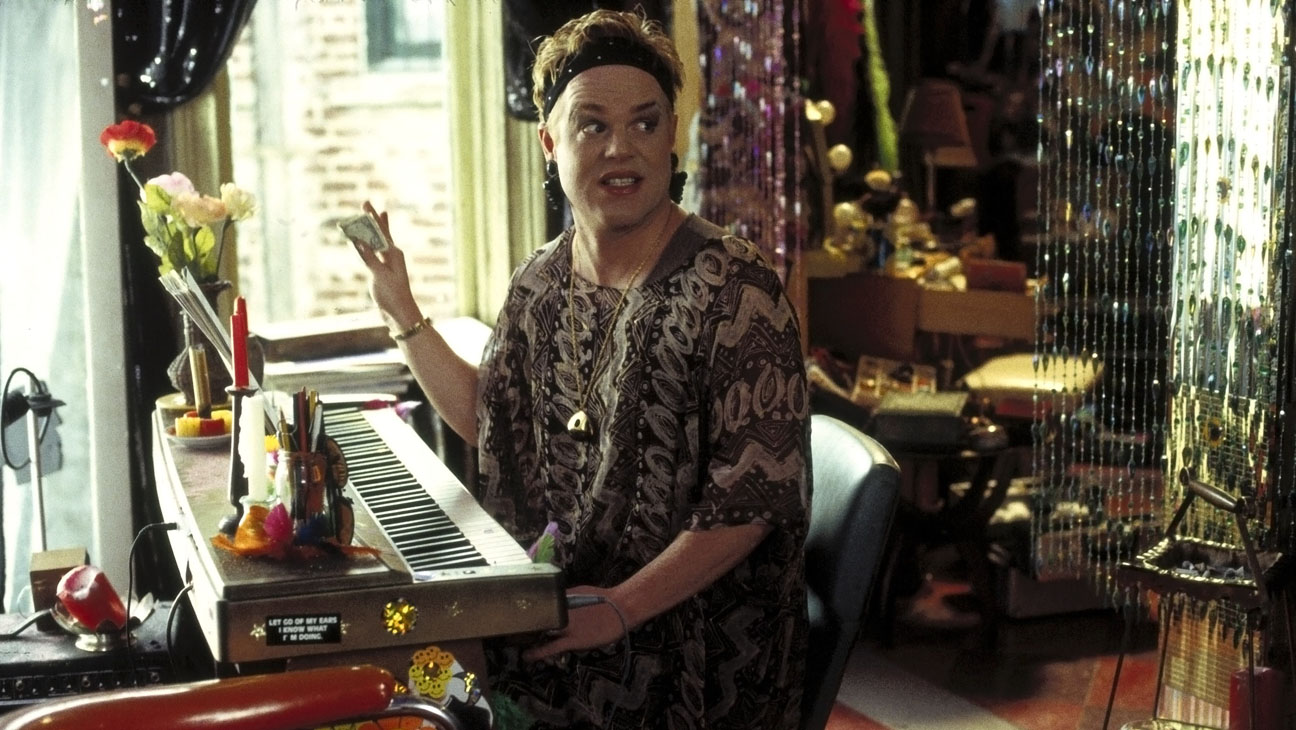 Displaying his almost chameleon like versatility and fearlessness as an actor, in director Joel Schumacher’s highly likeable and somewhat underrated film, Hoffman plays Rusty, a drag queen assigned with the task of giving singing lessons to homophobic police officer (Robert De Niro), who has recently been the victim of a stroke.

A classic odd couple comedy-drama, “Flawless” is very much lifted by its two central lead performances. The film displays another great strength of Hoffman as an actor, the way in which he strikes a great rapport and chemistry with his on-screen co-stars. There is a highly compelling to and fro between these two wildly different people that gives the film a real fire and energy.

Still coming off the debacle that was “Batman And Robin”, as a director, Schumacher definitely redeemed himself here, going through a purple patch in his career that included great films like “Tigerland” and “Phone Booth”. “Flawless” is something of an underrated gem in the careers of both Hoffman and De Niro that is well worth finding. 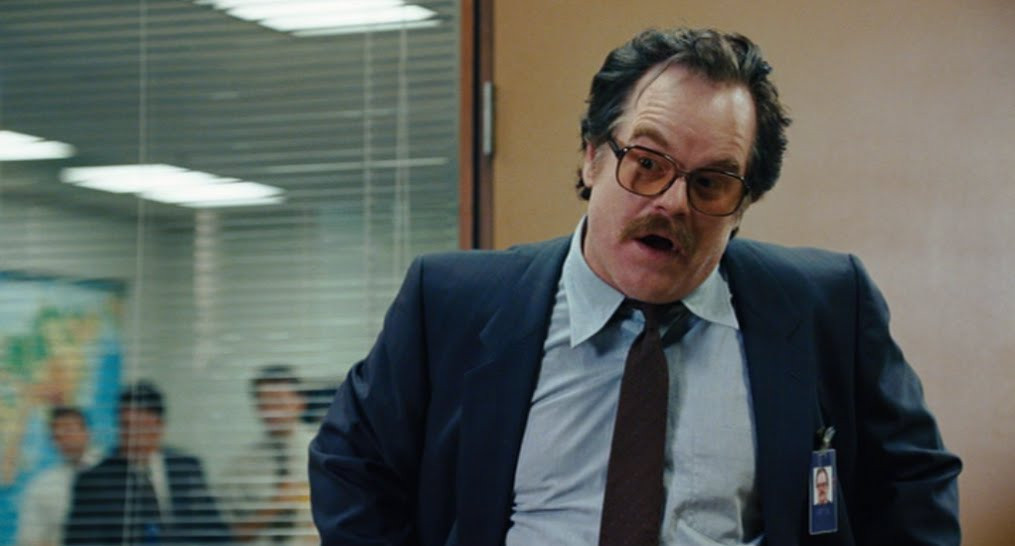 Directed by veteran Hollywood director Nichols, in what would be his final film, and written by Aaron Sorkin, this is a razor sharp comedy about political wheeling and dealing set during the first Gulf War in the early Eighties. Hoffman plays Gus, an embittered but highly intelligent CIA operative that becomes involved with the Texan politician of the title (a surprisingly sleazy and charming Tom Hanks, getting away from his usual onscreen persona).

Tight as a drum, all three lead actors (the other being Julia Roberts) are in top form working with a cracking, incredibly focused script and superb direction from Nichols, an former actor himself and one that could truly get the best out of other actors. 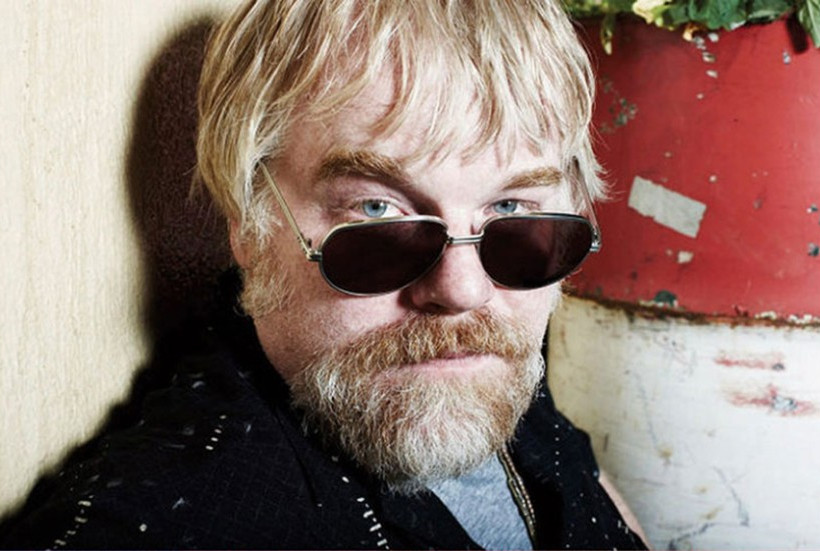 Taking a break from his stock in trade, namely the romantic comedy, British director Richard Curtis made this absolutely charming comedy about the pirate radio stations of the Sixties that broadcast off ships stationed off the British Coast such as Radio Caroline.

These ‘pirate’ radio stations subverted the ultra-conservative and strict guidelines of the British Broadcasting Commission, who at the time played a laughably tokenistic and small amount of popular music of the day.

Here, Hoffman plays The Count, one of a motley crew of DJs broadcasting on such a pirate radio station. Effortless in his charm and passion for music onscreen, Hoffman’s character serves as a defacto leader for a wide, diverse and disparate bunch of people united by this sonic universal language and desire to kick against the authorities that wish to silence them.

Featuring a stellar cast including Kenneth Branagh, Rhys Ifans, Chris O’ Dowd, Ralph Brown, Bill Nighy, Emma Thompson and many others, while the film may be incredibly light on story, much to the frustration of viewers upon release, it is something of an absolute pleasure hanging out with these people and watching a film that covers a little known but fascinating part of world history. 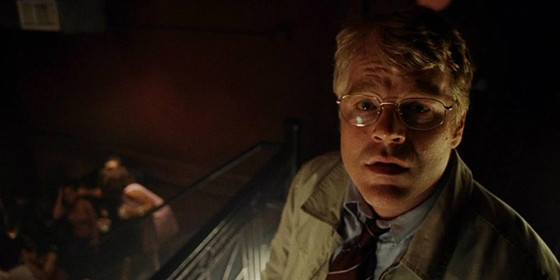 A moody character piece from director Spike Lee, Hoffman is Jacob Elinsky, friend of the main character Monty Brogan (Edward Norton), about to go to jail for drug trafficking.

In what is very much a character piece and something of a change of pace for Lee, a director known for addressing and depicting the plight of African-Americans, Hoffman really captures that mental state of being where men are romantically interested in women younger than themselves, painting a vivid portrait of the male ego and being scared and refusing to mentally evolve and grow up.

“25th Hours” is also a metaphorical and soulful work, reflecting a post-9/11 New York and addressing human frailty, that need for connection with one’s fellow man and making this fragile concept we call life count.

This is one of Lee’s more rounded, human and successful works, undoubtedly aided by a very well chosen cast.