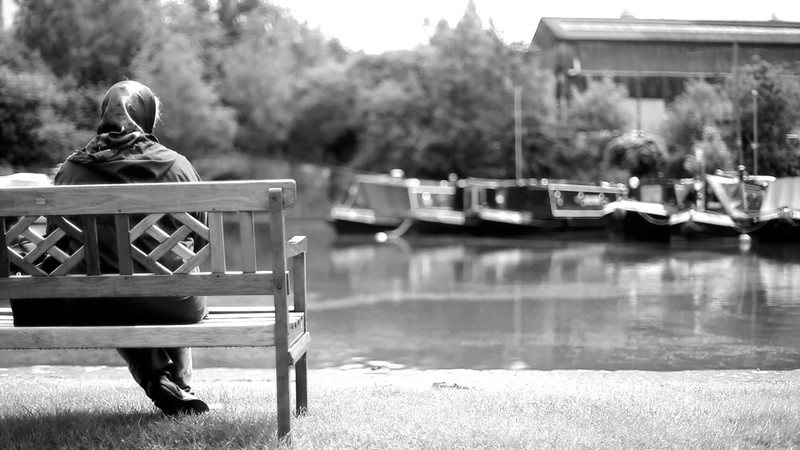 Great short documentaries are hard to come by, even more so than narratives, but why? To assemble everything great we find in feature documentaries, into a short duration, without having the level of control found in narratives, makes it an almost impossible achievement. So when documentarians ARE able to pull off such feats, it’s important that they get the recognition they deserve.

This list highlights short documentaries that are not only of high standing quality, but are also readily available to view online. Of course some great masterpieces were not able to make this list, but unfortunately there are so few available to watch for free.

If I happened to miss one of your favourite short documentaries that are also available for the world to see online, then be my guest and add it to the comments.

A black-and-white silent documentary directed and produced in 1895 by the celebrated Louis Lumière. The film consists of one continuous sequence where workers leave the Lumière factory, consisting mainly of women who look as if they had just finished a hard day’s work.

The film at one point was considered to be the first film ever made, whether this is true or not (which is isn’t, the 1888 film ‘Roundhay Garden Scene’ by Louis Le Prince takes this cookie) it is still the first film to consciously attempt refined composition, and to focus properly on the direction of its mise-en-scene.

You can’t talk about essential documentaries, or any type of film for that matter, without mentioning at least one Lumière Brothers picture. It’s pretty much in the rules!

If you do not see any worth in its artistic importance, then surely you have to appreciate its general historical value. Yes, yes, it may only be people walking out of a factory, but seeing film in its infancy and people from a time so far from us now, is enthralling, right?

This 10 minute doc-drama is based around the first love testimonials of three old people who pass by a neglected industrial canal line. Shot in black and white, the film explores the gentle canals and abandoned factories that reside in a heavily industrialised region of Britain called, the Black Country. Three local residents share stories of their first loves and nestled within their recollections is heartbreak and frustration. The fall of the local industry resulted in many of the local people losing their identity and sense of purpose.

A quiet, yet passionate protest film about the effects Margaret Thatcher’s privatisation had on small industrial regions of the UK. Without the use of narration (apart from an old archive clip at the start and end), direct reference to politics or manipulative music, the documentary ironically uses the positive theme of love to show the bitter-sweet deterioration of a cultural identity.

Although Herz Frank’s short film Ten Minutes Older has to be seen on the big screen, it is still effective even when watched on a smaller one. The film captures the faces of an auditorium full of children as they watch a show we never properly see. We are only allowed to view the children reacting in different ways, with different emotions and never once does it get tiresome.

A fascinating and moving experiment, it will open your eyes to the emotional power of adolescent innocence and curiosity. The fact it is essentially a post-modern meta-documentary, a film showing us the reactions of children watching another film, helps us re-evaluate and appreciate the influence cinema actually has.

Critic and filmmaker Mark Cousins called Ten Minutes Older one of the greatest films ever made and clearly had an influence on his own film – A story of children and film.

Using a mix of newsreel, official British government and detained German government film footage, Churchill’s Island is a WWII propaganda film about Britain’s fight against Germany. The film begins with Britain and Germany fighting in an air war in 1940, then to the ship battles in the Atlantic and finally, all the way to England where the Brits are preparing for a sea invasion on the southern coasts.

The documentary soon reveals its true purpose when the narrator informs us that with the help of America and Canada, England will not be defeated by Germany.

It was the very first film to win an Academy Award for a Documentary Short Subject and the first National Film Board of Canada (NFB) film to win an Oscar.

It is also a good historical record of the many attempts made to get the USA and Canada to join Britain in the rapidly developing WWII.

Depicting the everyday life of prostitutes in Tehran’s red light district in the 1960s, the film intimately follows several women and probes into the frantic conditions that directed them into their profession. Controversial at the time, the film was banned before its production was finished and some of the original footage was lost. Despite all of these obstacles and set-backs, the director (Kamran Shirdel) still went onto complete the film just after the 1979 Iranian revolution. Using the late Kaveh Golestan’s photographs (an important Iranian photojournalist and artist) that were taken more than a decade after the original footage was shot.

An elegiac, yet disturbing insight into the treatment of prostitutes in an Iran that is so different to the one we know of today. Also it is a fine example of Iran’s most prominent documentary filmmaker.

The Alaskan Eskimo is a beautifully crafted depiction of the Alaskan Inuit communities in 1953. Originally produced by none other than Walt Disney, as a way of educating young people about the various cultures and places around the world that many at the time, would have had no idea existed.

Have you ever seen Disney do documentary? If not, you will be surprised, they feel like a typical Disney production in the sense everything is fantasised and even the animals are given spirit personas/stories.

The film won an Oscar at the 26th Academy Awards in 1954 for Documentary Short Subject. Unfortunately the film is not currently available on DVD or Blu-Ray, so make sure you take full advantage of this often overlooked Disney masterpiece.

Directly translated as ‘’Negative hands’, the whole film is from the perspective of a slow journey through Paris at 7 in the morning and wonderfully captures the city’s desolate post-night life.

Directed in 1979 by the French writer and filmmaker Marguerite Duras and consists modestly of a sequence of images and a voiceover. The narration is read by Duras herself from a separate script she published prior. The images are actually out-takes from her previous film Le Navire night, and the script was written around the unused footage. In a sense, Duras created a monologue as an interpretation of the reedited footage, almost like the film version of a psychologist’s ink blot test.

Everything Marguerite Duras made is essential, be it film or literate.

At the time, Night Mail was the most critically acclaimed British Documentary film, and was also one of the most commercially prosperous. The film was primarily made to promote the post office services during the war, but at the same time experimented with groundbreaking uses of sound, narrative and editing.

It accounts the procedures of the Royal Mail train delivery service, showing sequences that depict various operations and measures. But don’t let this put you off; this documentary is a visual and audio feast, with some exhilarating, before its time techniques that makes it both interesting and entertaining.

One of the best known and influential films of the British Documentary movement and is even narrated by John Grierson, who many consider to be the father of British and Canadian documentary.

Typical of a Free Cinema film, Momma Don’t Allow was shot on 16mm film, but untypical, was its warmer and more sympathetic tone to its working-class subjects. It captured the then rising ‘teenage culture’ and contrasted the ‘Teddy Boys’ (relaxed cool working class) with the more middle class/self-conscious ‘Toffs’.

The 1950s British Jazz scene was caught beautifully, and the film almost integrates the scene’s ‘liberated’ attitude into the filmmaking process itself.

The documentary was shot by British New Wave marvel Walter Lassally and you can see the early developing characteristics in his photography that would later make his name.

Not only a great short documentary, but it’s fascinating seeing the soon to be legendary filmmakers Karel Reisz and Tony Richardson’s launch pad film.

Journey on the Plain is not the first Bela Tarr documentary, but could certainly been seen as his best. It is the epitome of a documentary poem, and is made up solely of Mihály Víg reciting the poetry whilst travelling round a plain (that looks suspiciously like the locations of Tarr’s previous film ‘Satantango’ hmmm). Víg recites the poems of Sándor Petöfi, a nineteenth century Hungarian poet who was a key member of the 1848 Hungarian Revolution.

For fans of Bela Tarr this is a must see and even if you are not, this is an incredibly hypnotic and stylistically important documentary.

Unlike Tarr’s work from 1990 up, the film is shot on digital and in colour, seeing his mesmerizing long takes and magnetic soundtrack in a format other than black and white, is worth the watch alone.