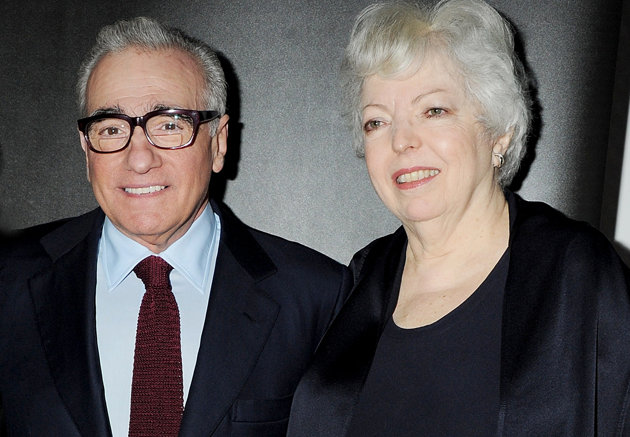 Ever since Martin Scorsese’s feature debut Whose That Knocking At My Door in 1967, one of the defining relationships that has shaped his cinematic footprint is the one he shares with editor Thelma Schoonmaker. Thelma and Martin met at NYU and ever since have collaborated on film efforts as a team. Some believe Martin would not be the great director he is today without Thelma.

There is perhaps no other editor today who is so synonymous with a director, and none that has earned such acclaim in their own right under the influence of a great maestro. She has been awarded every American award for editing that can be given, and received her most recent nomination for Hugo, making it her seventh over four decades. And like Scorsese, she has dabbled in tackling documentary as well as feature, though today we will focus purely on her collaborations with Martin. We will disect what it is that an editor of Thelma’s calibre accomplishes with her technique. What techniques you ask? Read on dear reader.

15. You are present from day one of shooting 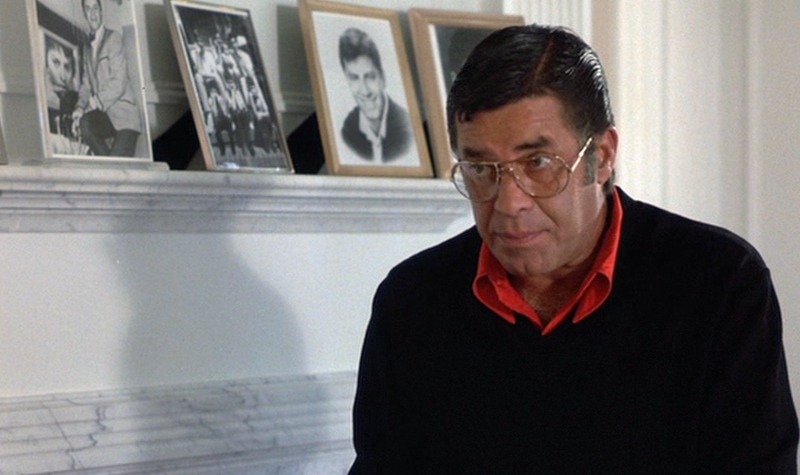 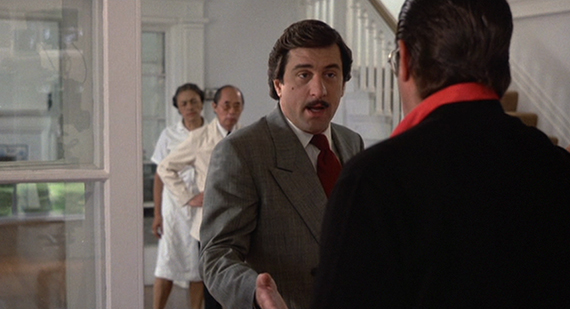 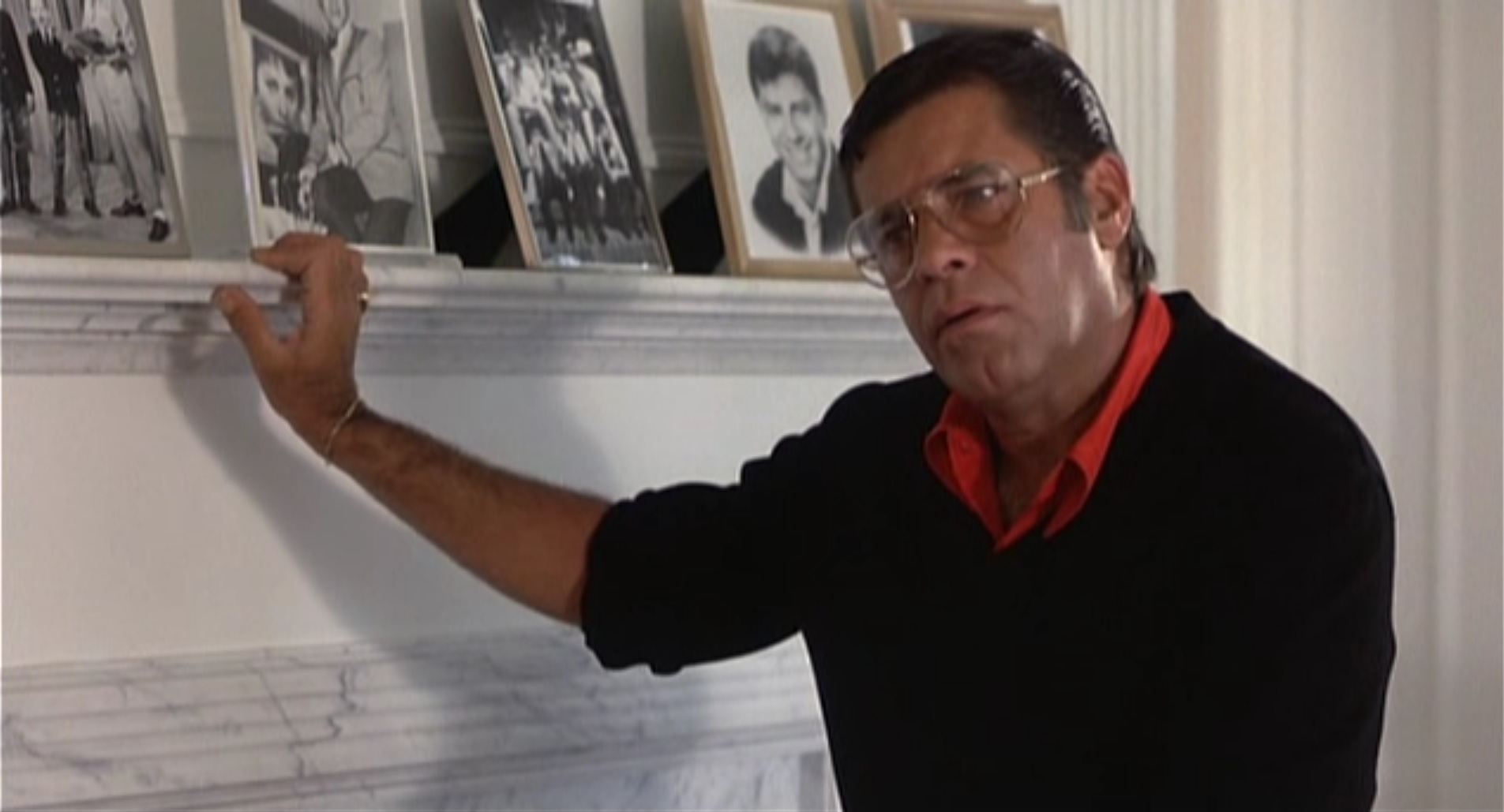 Thelma appears on set from day one until the final day. She sits with the continuity lady, or script supervisor and watches each and every take. This is so that when the footage is delivered to her studio that night, she knows which takes to place in the assembly edit without having to watch the two hours of footage from the three scenes shot that day.

An example of a scene that would have been impossible to edit without knowing what was going on is the house invasion scene in King of Comedy. Jerry Lewis revealed post-shooting that Robert De Niro had aggravated him with anti-Semitic language that lead to some of his most powerful reactions, which Schoonmaker used, removing the audio track. A great editor knows what was happening on set during the day, which takes to use and most importantly, which takes to avoid.

14. Use your objects in the shot

One common technique used in The Departed, Raging Bull, Casino and most noticeably in The Aviator, is Schoonmaker’s trick of cutting with flash-bulbs and using the blinding light as a mask for the audience to transition to a new shot. Another one used in The Departed are muzzle flashes, and even audio cues can be used such as a car-door slamming which then becomes a front door opening. This keeps a pace and builds a rhythm, which an audience can be swept up in.

13. Stop and look around

The freeze frame is Scorsese’s favourite technique for having character’s come to realisations internally through narration, or for an image that captures an object or character. One recent example is an idle conversation in The Wolf of Wall Street, where Jordan Belfort’s wife asks: “Why don’t rich people invest in these businesses?” and the cutaway to Belfort is a freeze frame, where the narration simply states: “Because they’re too smart.”

He does the same in Goodfellas when Henry Hill realises Jimmy is going to kill a made man. He also has Thelma stop on objects, such as stopwatches in The Aviator, or the shotgun going off in the container shootout of The Departed.

12. A conversation is not a tennis match

In most directors shooting a conversation scene they do the typical three-angle set-up with a two-shot and two ½ shots or close ups. Scorsese does this as well. The way Thelma edits these scenes however often focuses more on the reactions of the person opposite the one who is talking, which draws our imagination and our want for visual-audio stimuli deeper into the film.

One great example is Taxi Driver, when during the early cafeteria scene and the prior one where Travis is getting his license, the camera stays on him and not on the supporting actors, as the focus is still on his perception of the way he interacts with people, rather than what they have to offer him in way of emotion. Below is a scene from Raging Bull, and for almost every double line, she cuts away to get the end of the reaction to what the other actor (in this case either De Niro or Pesci) has just said, at one point, we as an audience don’t see La Motta’s reaction until Pesci’s character Joey has noticed.

In the first scene where Jordan Belfort sells a stock, Inintech, we have only been told verbally that the stocks he will be selling are garbage. The director is therefore faced with a logistical problem since the actor has to convince the person on the other end of the phone that the stocks are worthy of serious investment, and therefore, when Belfort is on the phone: “Inintech software, a brand new company operating out of…” He looks at the photo, and we have a cutaway to a still image of a broken down shack, Inintech painted on the wall.

“Oakland, Maryland…” and he goes on with the pitch. Film is a visual media and Scorsese and Schoonmaker have the utmost respect for this and use images like this all through their movies to reinforce points only briefly touched on in the script. (See also: Raging Bull: “Baracarola” montage and Goodfellas “Honeymoon.”)

10. Speed things up when it helps the story

The speed of Scorsese is as noteworthy as his slow-motion, for Schoonmaker uses both in incredible ways. In Casino, when Joe Pesci’s Nicky stabs the bar-goer in the throat, both in the actual speed of the frame, and the cuts, Thelma exaggerates the motion in time. She cuts to the blood soaked pen, and makes the movements of the arm back and forth like a cobra striking again and again. This also comes into point at number eight later.

9. Slow things down when it helps the story

By far Scorsese’s greatest example of speed and slow motion is Raging Bull. Thelma manually removed the frames by hand, making certain punches rapid and fierce, and for the slow motion in the fights, as well as certain scenes at home, she was able to alterate between 48, 72, 96 and 120 times slower than 24 frames per second. The slow motion is used in moments of endearment to Nicki or in moments of distrust towards the actions of her admirers.

The use of slow motion has also been used in the same fashion as the ‘freeze-frame’ technique, to allow time for narration to be delivered. No doubt the most recently notorious example is the ‘Quaaludes’ explanation giving by Leonardo Dicaprio as the glass plummets and Jonah Hill fights to explain himself, with the Monteverdi Choir playing in the background of Dicaprio’s narration.