German director, writer, producer Werner Herzog is one of the most revered, versatile and influential filmmakers working today. A master of New German Cinema, along with filmmakers such as Wim Wenders, Rainer Werner and Fassbinder, Herzog’s work is a fascinating and poetic mix of captivating documentaries and epic fictional dramas. Despite the great diversity of Herzog’s films and their subjects, all have received popularity and critical acclaim, especially within art-house circles.

Heavily driven by cinematic authenticity, Herzog’s interests go far beyond cinema into history, philosophy, politics, psychology and sociology. Herzog is fascinated by the natural world and, the ‘nature’ of human kind. Many of his films feature tales of triumph and explore human behavior to the extreme. Whether seasoned actors performing a role, or non-actors telling their life stories, Herzog’s characters are all fascinating individuals with big ambitions and dreams. His collaborations with the Klaus Kinski are some of the most volatile but fruitful in recent cinema.

At the age of 71, this visionary filmmaker and daring documentarian is still making captivating films. As a lover of nature, Herzog’s filmmaking has taken him to every continent. Herzog’s films span numerous genres and he combines his skills in both feature-film and documentary making to bring us films which are beautiful, enigmatic and thought-provoking. With his larger-than-life attitude and thirst for knowledge, not only is he willing to go to unprecedented lengths in order to achieve his own desired results, but he is willing to push others to their limits in a search for truth and authenticity. 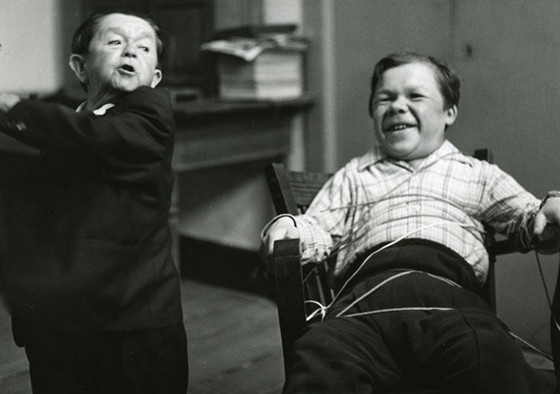 This black and white film is one of Herzog’s most bizarre and surreal works. Set in a mental institution for dwarves and midgets, these marginalized residents become fed up with being exploited by ‘normal people’. They stage a coup, taking over the asylum and upsetting the status quo. These little people violently rebel against the asylum’s director and guards.

Similar in its surrealistic style to Harmony Korine’s recent Trash Humpers (2009), Even Dwarves Started Small is virtually devoid of plot, is very experimental, shocking and unsettling to watch. In this peculiar study of human nature, Herzog makes the viewer question their own views on society, power and the alienation of man. 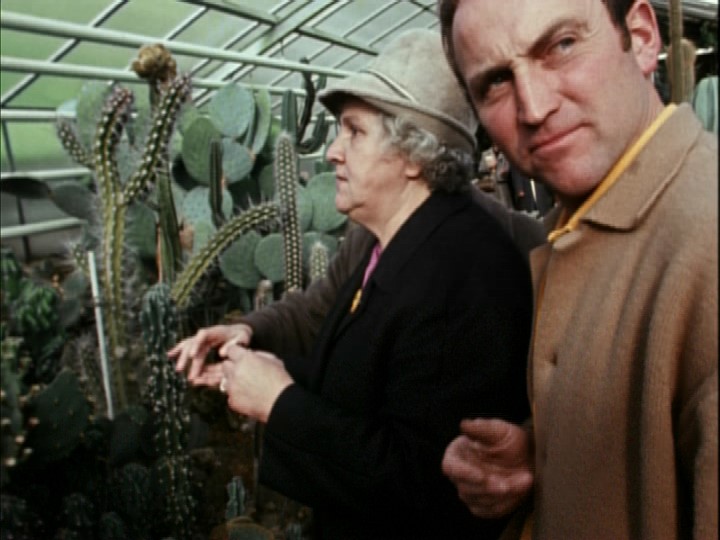 In this moving documentary, Herzog investigates the nature of human communication by engaging with a group of deaf-blind people of varying ages and backgrounds, following them in their everyday lives. The film’s protagonist, Fini Strabinger is a deaf-blind woman who has made it her life’s work to help others suffering from the same affliction as her. She teaches others sign language and takes them on wondrous trips to gardens and zoos to touch and experience the natural world around them.

The film is both sobering and heart wrenching; watching these people undertakes even the simplest tasks, for which there is overwhelming sense of achievement. With minimal narration, this film takes a cold but unobtrusive look into the alienating yet captivating world of these marginalized individuals. It explores their struggle to live in the modern world with their disabilities. It is amazing that despite their profound incapacities, these individuals are living their lives with such fulfillment and a sense of dignity. 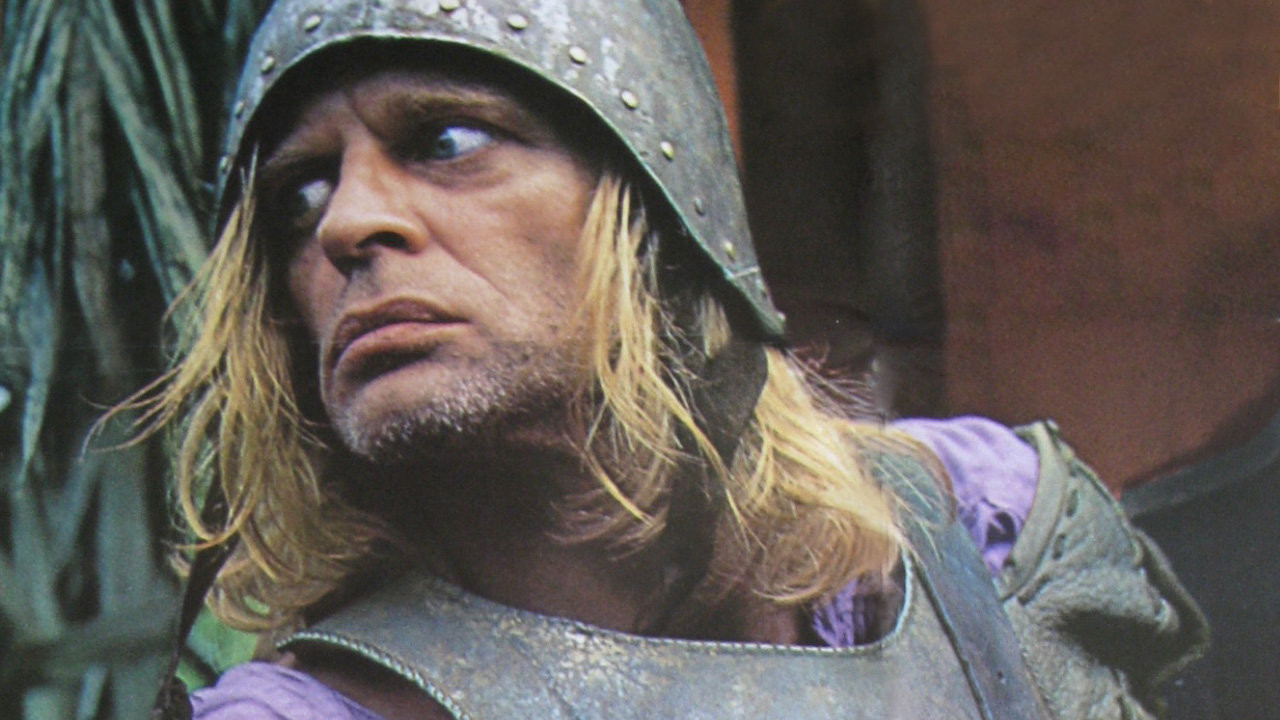 Aguirre, the Wrath of God is an epic historical drama which explores the doomed expedition of conquistador Gonzalo Pizarro (Alejandro Repullés) in the 1560s, as he leads his army through the Amazon on a suicidal mission to find the legendary Inca city of El Dorado. After running out of supplies, Pizarro appoints Pedro de Ursúa (Ruy Guerra) to scout ahead down the Amazon River. However, Ursúa’s second in command, Lope de Aguirre (Klaus Kinksi), mutinies and this mission takes a turn for the worst ending in disaster.

The striking visual imagery of the Peruvian jungle is counterpointed by the madness and greed of Aguirre, who will stop at nothing to complete his search for gold. Made on a tiny budget with a stolen camera from the Munich film school and with the spirit of guerilla filmmaking at its heart, Aguirre, the Wrath of God’s production process is as fascinating as the story itself. This film is the first and best-known of the explosive collaborations between Herzog and the tyrannical Klaus Kinski, who’s portrayal of Aguirre’s greed and lust for power is compelling. 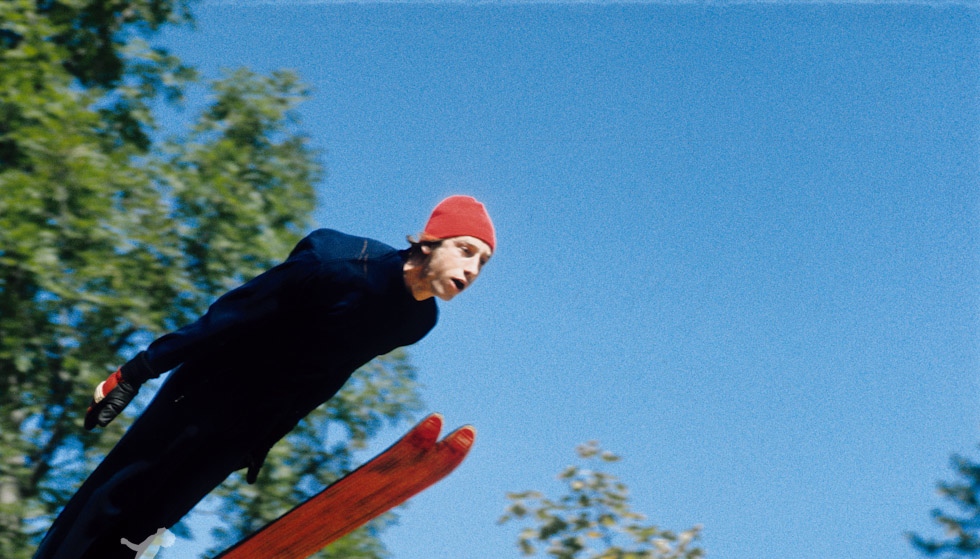 This short yet captivating documentary follows the life and sporting triumphs of two-time world ski-jumping champion Walter Steiner. Using slow motion footage of Steiner in action at the 1972 and 1977 Winter Olympics, accompanied by a captivating score by Popol Vuh, Herzog paints a fascinating picture of a sportsman at the height of his greatness where the sky is literally the limit.

Walter Steiner is the archetypal Herzog hero – a man obsessed with greatness and dedicated to his craft yet terrified by failure. Steiner is an acclaimed figure in his own field. He is man so confident in his own abilities that he seems to transcend the human condition. 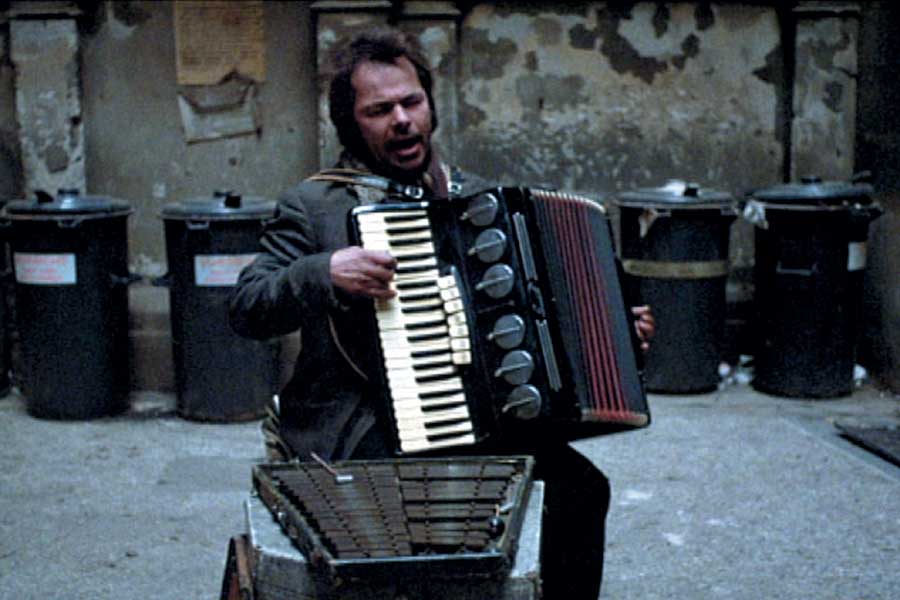 Stroszek follows the life of the title character, Bruno Schleinstein, a German, alcoholic ex-prisoner and ex-mental patient, who dreams of a better life for himself in the United States. After some violent altercations and being fed up being trapped in a bleak existence, Bruno along with his elderly friend Scheitz (Clemens Scheitz) and prostitute Eva (Eva Mattes) head to Wisconsin to live the ‘American Dream’. Things are good at the beginning as the land of opportunity is a new and exciting place. However, faced with the same financial struggles, alienation and purposelessness as in Europe, the trio soon comes to the realization that their lives in America are just as melancholic as in Berlin.

The three title characters in Stroszek are all played by non-actors, the most interesting of them being Bruno Schleinstein, a Berlin street musician who also played the title role in Herzog’s The Enigma of Kasper Hauser (1974). This film is loosely based on the trials of Bruno’s own life as a vagabond. These non-actors give amazing performances and help to bring a surreal and poetic realism to the film. 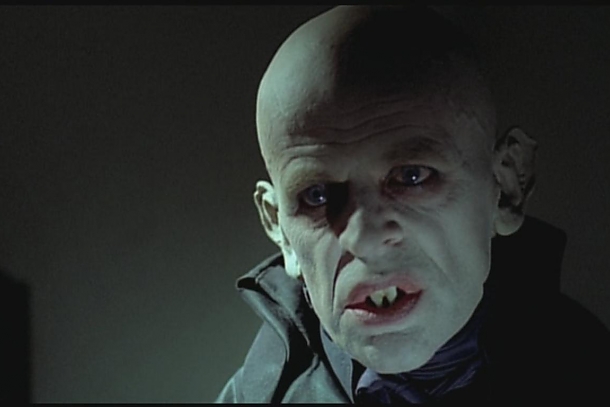 Jonathan’s boss learns of a nobleman named Count Dracula who is interested in buying property in Wismar, and sends Jonathan on an arduous month-long journey to Dracula’s castle in Transylvania to close this lucrative deal. Papers are signed and Count Dracula prepares himself for the long journey to Wismar by boat, bringing along his possessions in coffins. Upon reaching Wismar, the Count is captivated by Lucy’s beauty, and his plans soon turn sinister as his arrival in this quaint German town brings a wave of disease and death.

Staying fairly true to the original gothic visual style and feel, Herzog’s modern retelling of a classic takes a much more introspective look at Count Dracula and his melancholic and lonely immortality. In Herzog’s Nosferatu, Count Dracula himself is an allegory to the Black Plague – both being destructive forces, which sweeps over the town of Wismar and bring death with it. 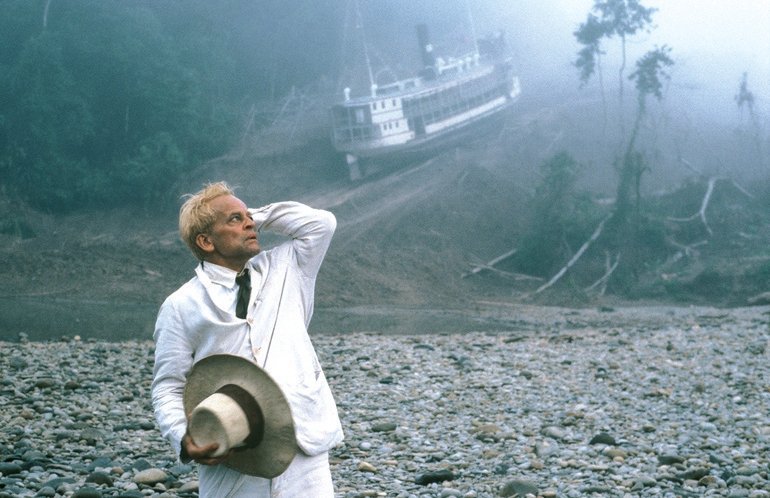 Inspired by the real-life 19th century Peruvian rubber baron Carlos Fermín Fitzcarraldo, this film is the epic story of wealthy rubber baron, Brian Sweeney Fitzgerald or Fizcarraldo as he is known, an Irish man living in Peru. He is a lover of opera and a great admirer of internationally known Italian tenor Enrico Caruso. Fizcarraldo’s dream is to build an opera house in Iquitos. Fitzcarraldo mans a huge steamboat and sets sail for the Amazon jungle in search of rubber to fund his dream. But problems arise when they run into some hostile natives and are forced to use pulleys to physically haul the 300 ton ship over land, through unforgiving jungle terrain.

This epic story has many similarities to Herzog’s Aguirre. Both films feature obsessive men (played by Klaus Kinski) who are driven to seemingly impossibly goals, guided by their own desires, battling with nature. Both stories were filmed in the harsh Amazonian jungle and included many obstacles with production. In both cases, Herzog proved to be as driven as his protagonist to bring these epic stories to the big screen.