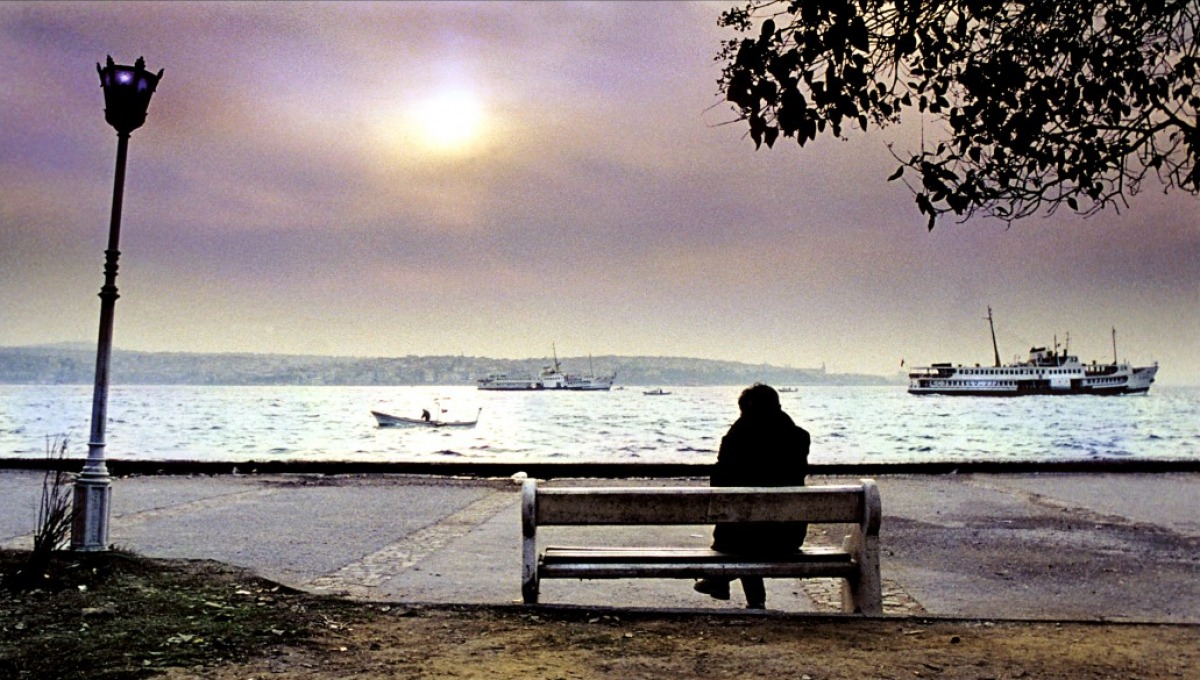 With the recent ‘Winter Sleep’ by filmmaker Nuri Bilge Ceylan winning the Palme d’Or at Cannes, many would have been surprised to hear that Turkey even had a film industry. Below is a list of 12 films to whet the appetite of any lover of film who is looking for a new taste in cinema.

Note: The films on this list are not rated in any order and have been selected as essential viewing to guide an introductory exploration of Turkish cinema. 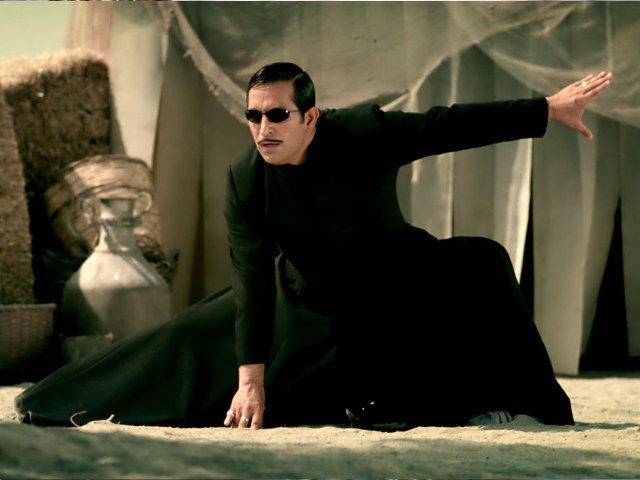 A science fiction comedy, G.O.R.A is the most ambitious film to come from Turkish Cinema in terms of scope. The special effects and production design reached new levels with its record budget of $5 million for a Turkish production.

The film utilises what it lacks in comparison to the Hollywood pictures to feed its humour and challenges the notion (in Hollywood blockbusters) that extra-terrestrials only abduct westerners. The film’s biggest achievement is perhaps its accessibility and international reach to audiences, a feat that not many comedies of Turkish cinema had achieved before. 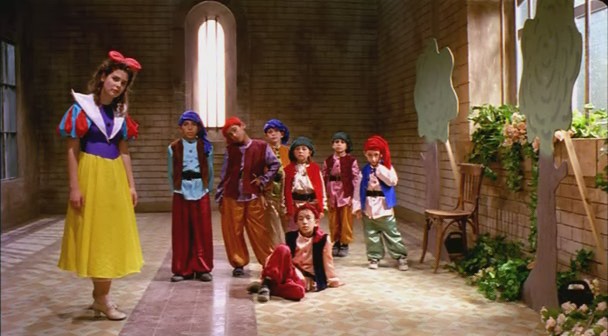 A constant frustration of Turkish cinema in its 100 year history has been its struggle against censorship from the state and political lobbies. However, even more frustrating has been the censorship of tradition, the weight of history and a tendency to critique challenges to social norms.

This tender and touching story of the importance of art in dragging the reluctant to accept new identities and views is a cinematic ode to the passion the Turks have for cinema, their love of drama, their passion to be heard and their struggle to form a hybrid identity comprising of east and west nuances.

The macho lead explores the feminine, the criminals explore compassion, the corrupt authority figures find empathy and the audience, discovers a new voice through a production of Snow White and the Seven Dwarves, staged in an oppressive police station. This is a must see, if only to understand why Turks make the films they do. 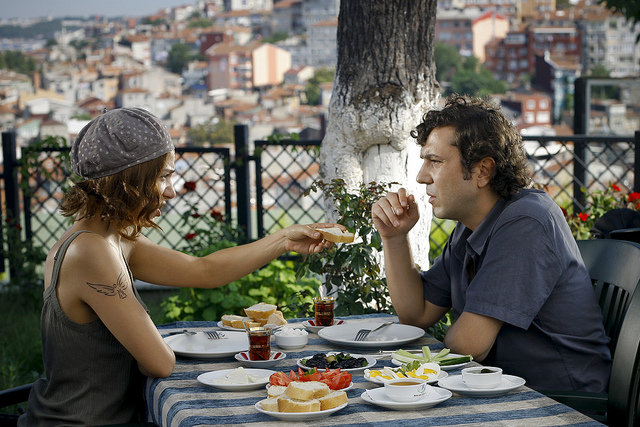 A controversial unorthodox love story, ‘Figs Jam’ tells the story of a screenwriter and the woman that literally stumbles into his life, triggering an unlikely romance. The film split audiences because of the protagonist’s reaction to a revelation by his new love.

This revelation, like this film, drags the audience and the central character into a new realm. The old ways of telling a story (in Turkish cinema) are challenged and the absurdity of being judgmental is revealed. ‘Figs Jam’ is a cinematic meditation on the Turkish experience of eastern values whilst travelling west, it is a traditional drama told in the voice of a European and wonderfully so, through the art of cinema. 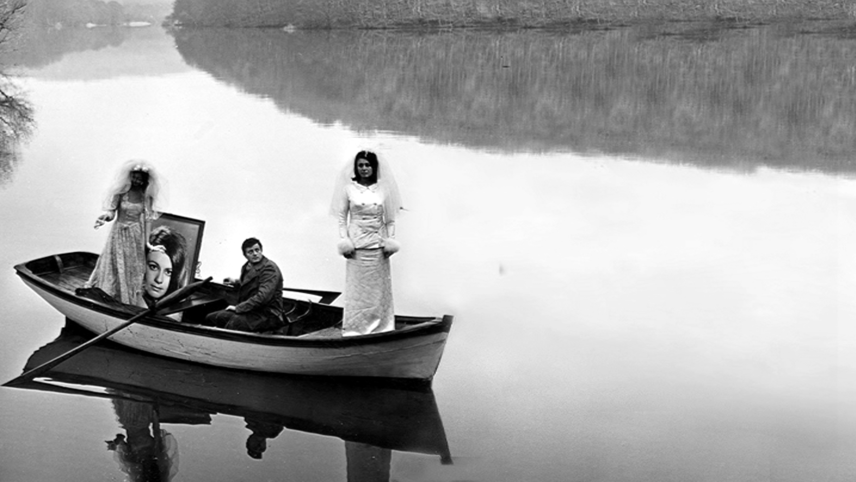 A stylised and unique departure from traditional Turkish films, ‘Time to Love’ is an underappreciated gem of Turkish cinema and rests comfortably along the films of Italian maestros Luchino Visconti or Vittorio De Sica.

It tells the story of a man who falls in love with a publicity poster of a woman, who through circumstance falls in love with him. However, the protagonist is in love with her picture, not her. The film is light on dialogue and accordingly the symbolism and assured confidence of the camera communicates through cinematic poetry, taking over where meanings are no longer expressed by words. 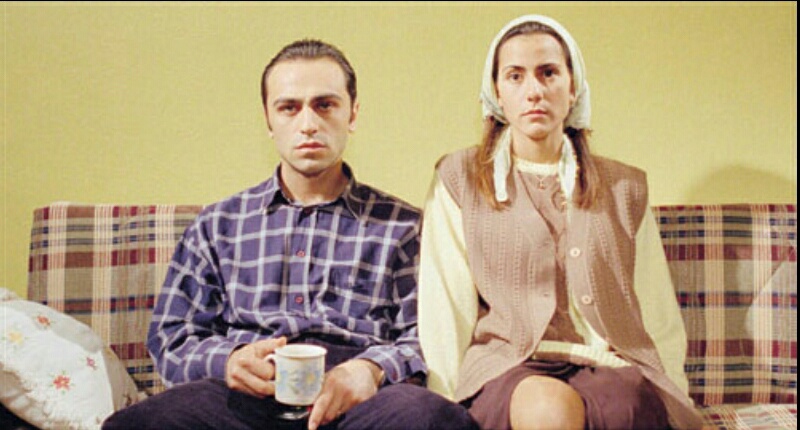 Staunchly independent and relentlessly uncompromising Director Zeki Demirkubuz makes films unlike any other in Turkey. ‘Fate’ is a subtle adaptation of the Albert Camus novel L’Étranger and relates the story of an anti-hero who is apathetic and without emotion to society’s expectations.

The film, the first in the filmmaker’s Tales Of Darkness trilogy is spot on with its condemnation of fate as a way to avoid personal culpability but at the same time acknowledges a now all too conventional reaction to estrangement. 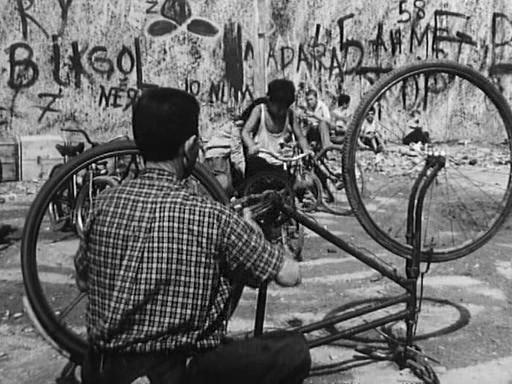 ‘Hope’ is the story of a man, who, after losing one of his horses in an accident, sets out into the desert in a quest for a mythical lost treasure. A victim of censorship at the time, the release of the film was delayed, but the filmmaker Yilmaz Guney was a talent not to be silenced and a copy of the film was smuggled out and presented at the Cannes Film Festival.

The film is on the same page as the films of Roberto Rossellini and Cesare Zavattini and has often been compared to ‘Bicycle Thieves’ by De Sica. To this day, it stands as an example of neo realism and revolutionary cinema of Turkey.