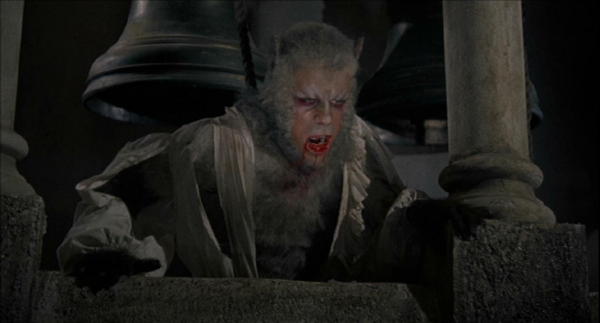 Alongside Dracula and Frankenstein, Universal Pictures’ The Wolf Man stands as one of the more iconic movie monsters in history. While not the first attempt to bring the transformation of man to wolf to the silver screen, The Wolf Man is the quintessential werewolf film, the basis for werewolf films to follow. Outside of the 1941 classic, however, only a handful of films have managed to helped to cement the werewolf into pop culture. These include John Landis’ An American Werewolf in London and Joe Dante’s The Howling.

Likewise, most of today’s audiences are familiar with the Underworld and Twilight franchises. But underneath the hairy, drama-centered love triangles of the past six years, there are indeed some noteworthy entries in the horror subgenre. Though not all of the films can be classified as fantastic or even well-crafted, the following ten examples should still be considered by anyone suffering from wolf fever. 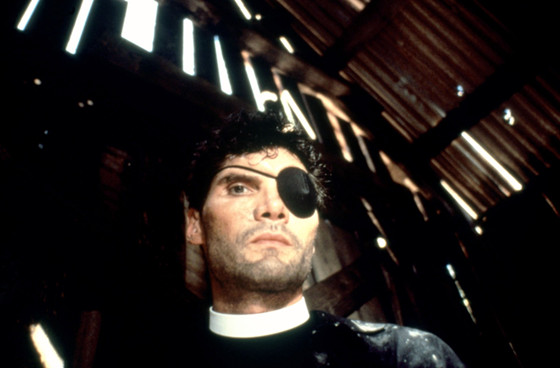 With the success of Brian De Palma’s adaptation of Carrie in 1976, many of Stephen King’s stories have since been rewritten for film and television. The Shining, Pet Sematary and Under the Dome are all popular examples, but even King’s lesser-known material has been the subject to the big screen. Case-in-point: the film Silver Bullet was adapted from King’s novella Cycle of the Werewolf in 1985.

The renamed Silver Bullet follows young protagonist Marty as a series of murders occur within the small town of Tarkers Mill. As the kills begin to stack up, Marty unwillingly discovers the identity of what — more specifically who — is claiming the lives of his fellow townsfolk.

Like in many other of King’s works, the film is set in a small, American town where an adolescent is forced to deal with a horror fit only for an adult. This set-up may be nothing new for fans of King’s stories, but for the subgenre it manages to be fresh. Further complimenting this vulnerable and innocent perspective is the fact that young Marty is a paraplegic, subject to the confines of a wheelchair.

This is a stark contrast to the clichéd ‘honest-man-cursed-to-become-a-monster’ protagonist set-up typically associated with these kinds of films. Likewise, the film’s antagonist is an empathetic and unlikely one, whose reveal is well choreographed. In general, Silver Bullet holds its own as an adequately made example of visual storytelling, with intelligent camera work and editing that manages to build suspense and create effective jump scares. 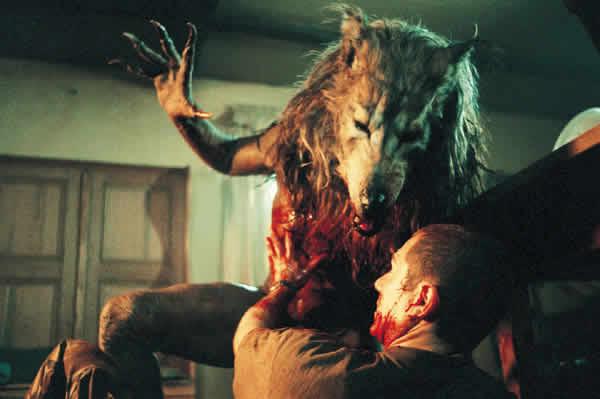 Before making the claustrophobic The Descent in 2005, director Neil Marshall helmed this tale about a special operatives team training in the Scotland highlands. Isolated, the team is pursued by a pack of the ravenous wolfmen and take refuge in an abandoned farm house. Equipped with limited ammunition, the soldiers must do whatever it takes to survive the night.

Plenty of horror titles have adopted the building-under-siege format made popular by 1968’s Night of the Living Dead. However, Dog Soldiers sets itself apart through its antagonists: cunning , organized , physically intimidating and seemingly unstoppable. Luckily for the audience, the soldiers put up an tense and energetic fight thanks to quick edits, tight angles and appropriate music. Add in convincing performances by Kevin McKidd, Sean Pertwee and Liam Cunningham and Dog Soldiers makes for an intense and action-packed viewing. 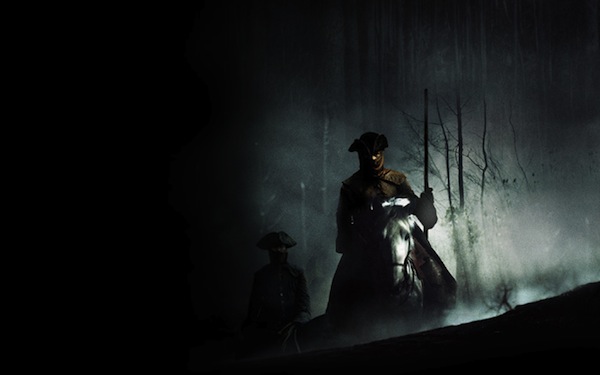 Unlike the majority of the other entries on the list, Christophe Gans’ film stands out as a period piece. Prior to be executed during the French Revolution, a nobleman recalls his experience accompanying fictional naturalist Gregoire de Fronsac with the task of hunting down an unknown beast terrorizing the countryside. While the residents of Gevaudan claim the monster to be a wolf, Fronsac suspects otherwise as he uncover a far greater threat lurking amidst the French wilderness.

Aside from its 18th century setting, Brotherhood of the Wolf’s biggest differing factor stems from its lack of a true werewolf. This will undoubtedly disappoint viewers eagerly anticipating a conventional appearance of the monster for which this list was assembled, especially since the story runs for two hours and twenty-two minutes.

Yet, the mystery of what’s stalking the people of Gevaudan and why constitutes an enthralling tale, making up for the lack of actual wolf. It also doesn’t hurt that the story features a likable protagonist, beautiful scenery, well-choreographed fight scenes, and some earnest emotion sprinkled throughout.

Following the massive explosion of horror titles in the 1980’s, the nineties were something of a drought for the genre. Silence of the Lambs and Scream stood out as memorable exceptions, but horror and its wolf-inspired subgenre were still on something of a recession. Enter 1996’s Bad Moon, starring Michael Pare, Mariel Hemmingway and Mason Gamble.

While embarking on exotic expedition, a man is attacked and his girlfriend is killed by a werewolf. The man returns to the states seeking a cure for his homicidal new condition, but he is running out of options. Hoping that the presence of love may help tame his wilder side, the man turns to his sister and her son for support only to find everything is out of control.

The plot has all the makings of a generic werewolf film but, like Silver Bullet, Bad Moon’s main highlights is its perspective. Although the film centers around human characters, all of the events are seen through the eyes of the family German Sheppard, Thor.

Instead of a wise-cracking anthropomorphic pooch, Thor remains a voiceless vehicle for audience identification, a vehicle whose actions and postures do all the talking. Being that the rest of Bad Moon is largely unoriginal, this new protagonist angle is a welcome change, and lends itself well to the film’s main event: a brawl between the protective Thor and an amazing-looking werewolf. 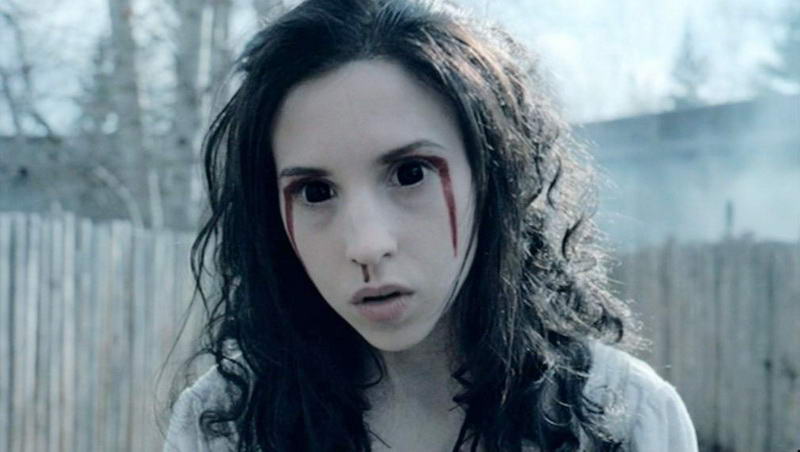 After one particularly humiliating gym class, high school outcasts Bridgette and Ginger Fitzgerald sneak out one night in an attempt to get even with the popular girl in school. Before they can put their plan into action, Ginger is attacked by an unknown creature. The sisters escape, the beast is killed in a car accident, and the girls go on with their lives.

But in the wake of the attack, Bridgette begins to notice sudden changes in her sister, changes that aren’t necessarily the result of Ginger’s emerging puberty. With the help of the local drug dealer, Bridgette attempts to save her sister from losing her humanity and succumbing to the dreaded “curse.”

With most werewolf movies, the transformation scene is a crucial, yet very short aspect of the story. In defiance, Ginger Snaps is centered entirely around the character’s gradual transformation. This not only includes Ginger’s physical change but her mental transformation as well: once anti-social, Ginger becomes independent, sexually aggressive and hungry for violence.

Encased in moody lighting, the performances by Katharine Isabelle and Emily Perkins do well to portray the failing relationship of two sisters as bodily changes come between them. The end result is drab and dreary tragedy, one that sets the stage for an excellent sequel.