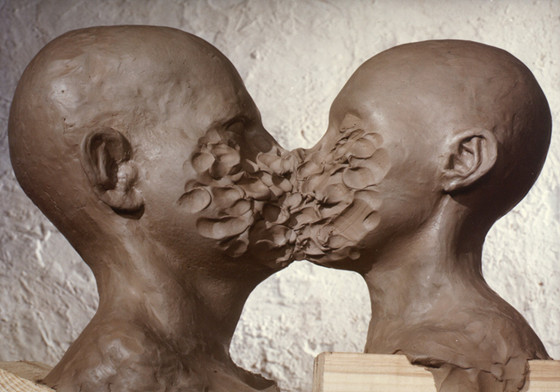 The Czech Jan Švankmajer, who turns 80 later this year, is one of the greatest artists working in the film medium. After a background in black theater and puppetry, he made exclusively short films since the early sixties right up to the late eighties – roughly half his working life – becoming an undisputable master of the form. Since his first 1987 feature film, Alice (# 6 below), he has made five other features, with another one (Insects, inspired by works by Kafka and the Čapek brothers) reportedly in the works for release in 2017.

Švankmajer’s work is so distinctive, so uniquely “Švankmajeresque”, that it would do well to get certain epithets that are bound to be applied to him out of the way. One of them is “surrealist”, a term which is used indiscriminately to refer to a wide variety of artists and which, in Švankmajer’s case, is absolutely and literally true: he is a major figure and official member of the Czech Surrrealist movement, and has claimed his allegiance to that philosophy of art and life numerous times.

The other is “animator”, which is only partially true. His films do employ, and with incomparable mastery, various techniques such as clay animation, puppetry, stop-motion, cut-out figures and the like, often mixed in with “live” subjects . But these are just that – techniques, means to an end, and it is a view of the world, of life and its dynamics, that makes his work important.

The following list, which includes seven of his 26 shorts and three of his feature films, is in some kind of “suggested order of viewing” which has nothing to do with preference. Of course, anyone can take them from back to front, in any order they please, or continue exploring his other works. Every one of them is in some way sure to delight and astonish.

If you’ve never seen a Švankmajer film, this one is a kind of perfect overture. Starting from darkness and the sound of a door opening (sound being the primary sense for Švankmajer), it soon immerses you in an intimate parallel universe with its own logic, where separate body parts go about fashioning themselves into a man inside a room which in the end proves to be too small for him. Finally, cramped and in pain, straining to breathe, he lets an industrious hand detach itself one last time to turn off the light …

This can be read as Švankmajer’s take on the myth of creation, of the “man of clay”, though the story is primarily of the formation of his psyche through the sublimation of his senses, the co-opting of the body as “social” entity which then becomes its own prison. A dark film, made light by Švankmajer’s swift rhythms, his delight in objects and textures, his polyvalent clarity of vision.

The stock sound murmur of a cafeteria crowd, accompanied by faded menu photographs of tinted food, no longer seems so generically innocent after this three-meal master class on the economics of desire. Neither does one lose one’s appetite, exactly. The “Breakfast” meal of sausage, bread, mustard and coffee looks appetizing enough, notwithstanding the same meal getting recycled from the innards of the different patrons through a rackety but efficient dumbwaiter system.

Each in turn becomes recipient and provider, eater and eaten; on their way out they scrawl a tally mark on the wall. “Lunch” starts out from the rather anxious situation of being stuck in a busy restaurant where no waiter takes notice of you: the two protagonists (middle-class businessman and rough-mannered student) start eating everything in sight, each trying to outdo the other in a battle of survival where the fittest gets the last bite.

And the patrons of “Dinner” take unusual care in the garnishing of elaborate dishes with a very “personal” twist … Švankmajer’s last short film to date, it works (like certain children’s books) through the repetition and variation of elements as a way to articulate situations and draw character. These most primeval of daily rituals are enacted in terms of the strictest logic – not unlike Buñuel.

Byt feels different because its subject matter is subjective experience, while most of Švankmajer’s films are rather the experience itself, the dream without the dreamer. Which isn’t saying that the human element is lacking in those films; quite the contrary: it is all the more present since it’s not looking at itself but rather reduplicating itself, not unlike the man who looks into the mirror and sees the back of his head reflected – turns around, tries to catch his own face off guard, but to no avail …

These and similar tribulations await the protagonist of Byt, who is plunged inexplicably into a confined room where the objects conspire against his every attempt at repose. Kafka is very present here, especially the grimy-tenement, city-dweller Kafka, friend of the plight of sad little figures like Blum the elderly bachelor (or Odradek, the most Švankmajerian thing Kafka ever came up with). But then again, if ever there was an autobiographical film it is this one, born of anger, frustration, hideous laughter.

Music is one of the driving forces behind Švankmajer’s films; # 3 – 5 on this list are scored by Zdeněk Liška , Švankmajer’s regular collaborator up to the late seventies. Their work together can easily be compared to that between Eisenstein and Prokofiev, Hitchcock and Hermann, Cocteau and Auric. This agreeably cruel puppet film aspires most of all to the condition of music.

Not only in those moments when rhythmic editing carries the murderous mayhem to a most exhilarating pitch, but also in the quiet off-moments – as when one puppet enters the house of his murdered benefactor and finds Victorian pince-nez figures mouthing inaudibly from the wall. Such unexplained flourishes abound, and they seem less surrealist sleight-of-hand than musical necessity, like the sustained notes of a mysterious childhood melody.

The first thing is a rosy-cheeked spanking. Like the spanking of a newborn child, its purpose is to open up the lungs, give the senses their first taste of pain and pleasure of the ever present. For this is no nostalgic evocation of childhood, rather a putting into practice of its fecund and murderous anarchy as a creative principle. Švankmajer has himself said repeatedly how childhood memories are the single most important source of his and any artist’s creativity; here he starts out from that very personal place – generally indoors, a window looking out on the back alley of some Prague tenement – and peoples it with a fine aristocracy of objects whose mysterious inner life most haunts and pleases him.

Like the giant walking wardrobe that opens and closes by itself on an ever-changing and significant interior landscape (and which appears in many Švankmajer films). Or dolls that have dainty meals of doll stew. Or that little ivory pocket knife that dances, dances, tearing the delicate lace and finally bleeding itself to death, staining the white cloth red … like memory, which would bleed itself in the process of killing what it most loves. Whenever things get too quiet, a black cat comes and pounces on everything. Dr. Freud looks on.