As everyone says old is gold, we thought we could line-up a few movies that shall always remain etched in our hearts. We shed some light on the top 10 Bollywood movies of all time that have always given us a reason to laugh, cry and scream with joy! We have surely missed out on a lot of other great movies but these epic stories shook the world during their times. 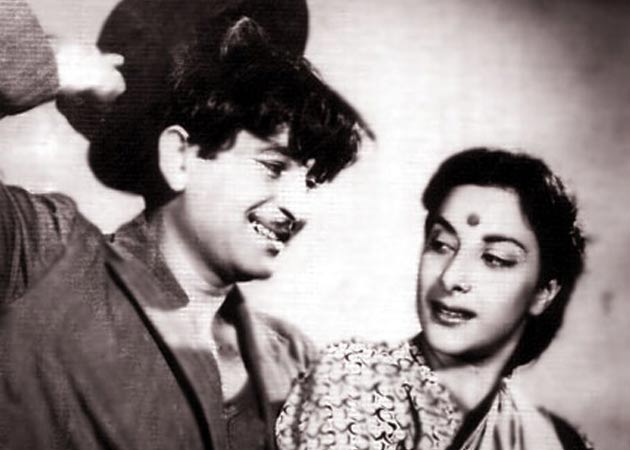 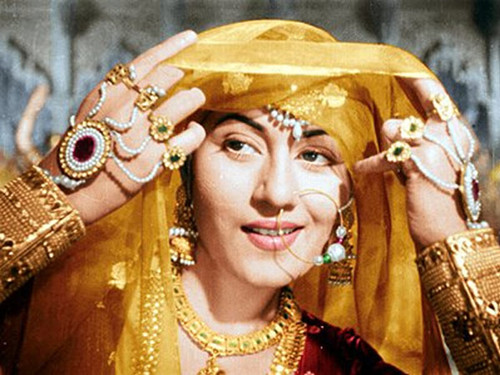 Mughal-e-Azam was one of the only two films directed by K Asif. It was also the only movie to be made with a massive budget of 1.5 crores during those times. The movie starred all the legendary actor’s like Dilip Kumar, Madhubala, Durga Khote and Prithviraj Kapoor. It still remains as the pinnacle of true love. 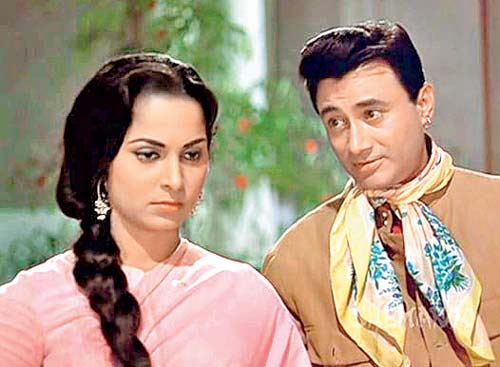 Guide is among one of the few masterpieces that Bollywood has ever presented. It is based on a novel by R. K Narayan. The movie was directed by Vijay Anand and produced by Dev Anand who also starred as the male lead in the movie. Waheeda Rehman was the female lead and won million of hearts. 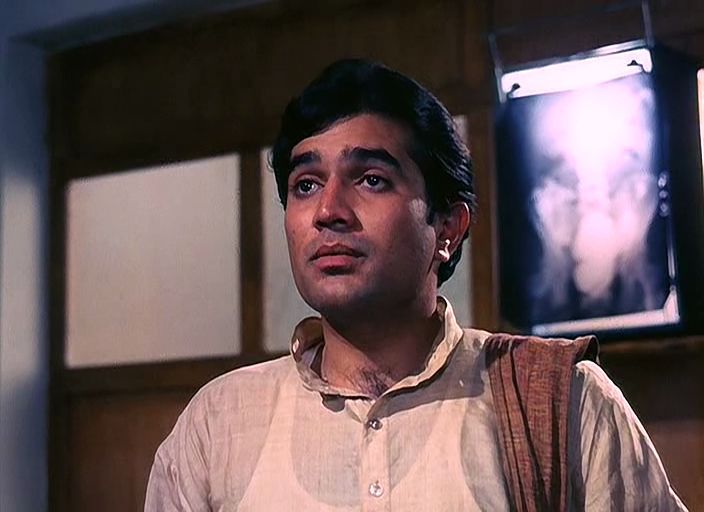 The movie starred the first ever super hero of Bollywood, Rajesh Khanna and Amitabh Bachchan in the lead roles. The movie had a very poetic touch to it.  The movie is about an eternal friendship between two friends who can literally do anything for each other and how one friend is left devasted by the loss of the other. The movie was directed by Hrishikesh Mukherjee and produced by N.C.Sippy. 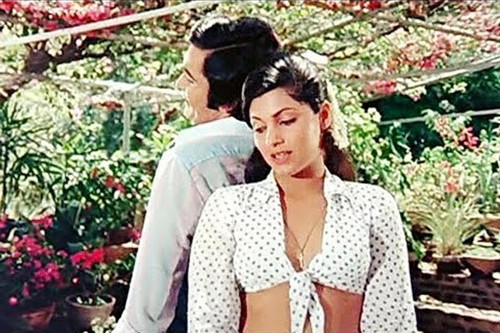 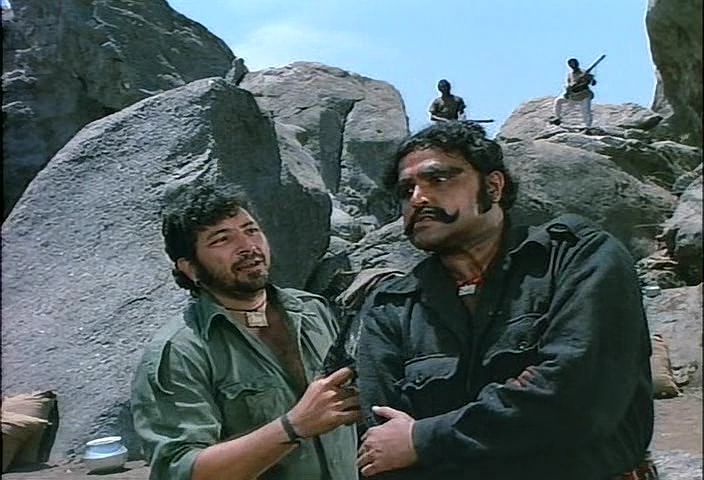 Who can forget this mind blowing dialogue from Sholay? “Basanti, in kutton ke samne mat nachna.” Dharmendra’s chemistry with Hema Malini was ecstatic  and his friendship with Amitabh was eternal. Amjad Khan’s portrayal of Gabbar Singh gave children sleepless nights. The movie was directed by Ramesh Sippy and produced by G P Sippy. The movie was awarded the best movie of 50 years awards. 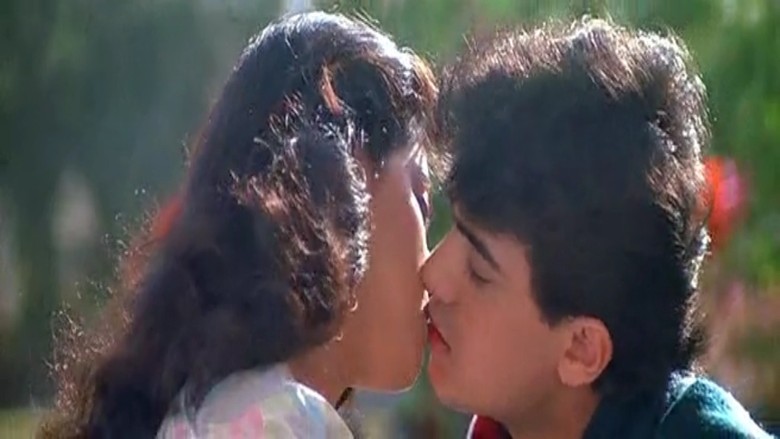 Some movie this was! Qayamat Se Qayamat Tak was among the few movies which actually emoted young and intense love. It went on to become one of the biggest cult classics of the Indian cinema. The movie marked the debut Aamir Khan in the lead role alongside Juhi Chawla. It was directed by Mansoor Khan and produced by Nasir Hussain. The music for the movie was composed by Anand-Malik. 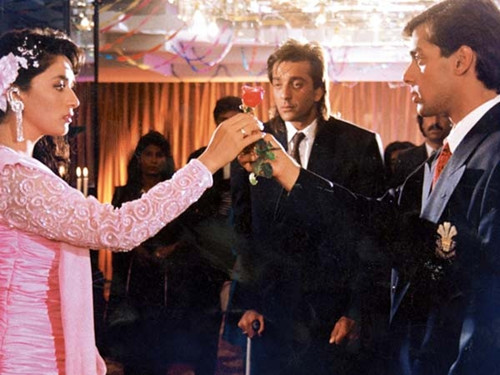 Saajan starred three big stars in the lead role. Sanjay Dutt, Madhuri Dixit and salman Khan. The movie displays a love triangle between Aman, Akash and Pooja and also sheds light on the brotherly relationship between Aman and Akash. The movie was directed by Lawrence D’Souza and produced by Sudhakar Bokade. The music which was a hit was composed by Nadeem-Shravan.

Hum Aapke Hain Koun was a musical romantic comedy with a hint of family drama. The movie was directed by Sooraj Barjatya and starred Salman Khan and Madhuri Dixit in titular roles. It took us through lives of two people who were deeply in love but gave up their relationship to support their family emotionally. It became the highest grossing movie of all time and was also included in the biggest blockbuster ever list. The music was composed by Raamlaxman. 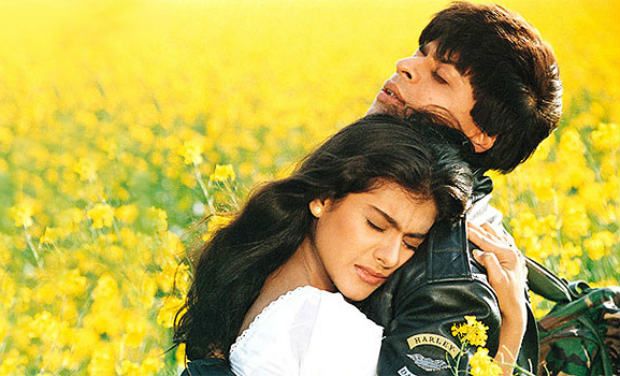 This was another musical romantic comedy of the 90’s. The movie starred Shahrukh Khan and Kajol in the lead roles and turned them into stars over night. The story revolved around Simran who wanted to live her life to fullest before getting hitched to someone she never knew existed. Dilwale Dulhania Le Jayenge was directed by Aditya Chopra and produced by his father Yash Chopra under the banner of Yash Raj Films.