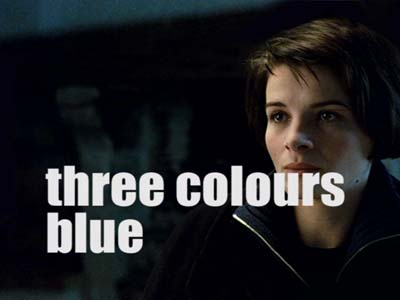 This is the fourth time I watch Krzysztof Kieslowski’s visually haunting,musically ravishing masterpiece Blue,the first part of his Three Colors Trilogy,also my favorite episode.I noticed more tiny details by listening to the inspirational Annette Insdorf(author of Francois Truffaut, Indelible Shadows: Film and Holocaust, and Double Lives, Second Chances: The Cinema of Krzysztof Kieslowski.)’s commentary track,and all these added up to a completely refreshing rediscovery of this film.Now let’s go through the film together and explore the amazing magic in it. 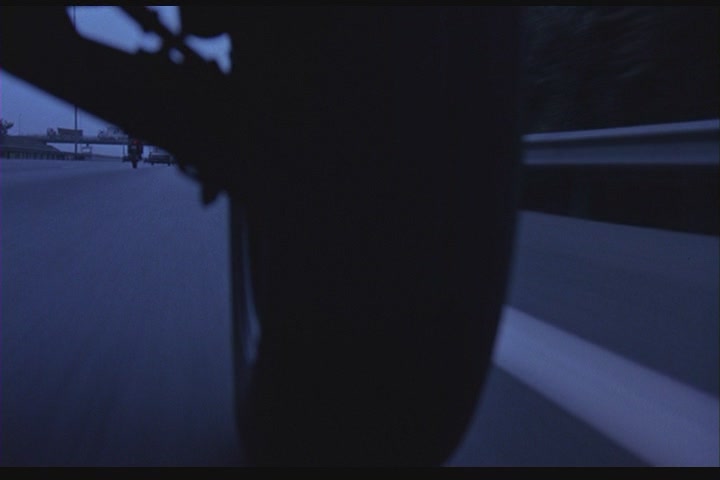 The opening shot,we see the camera is placed behind a car wheel,this is the first time the concept “circularity” appears in the film,and this is one of the key elements to understand the film.The shape of circle would appear again and again throughout the film in other forms of a ball,a roll of paper,a cluster of beads,etc.This is a metaphor of Julie’s  grief of painful past occurs to her again and again to disturb her,remind her,no matter how hard she tries to forget them. 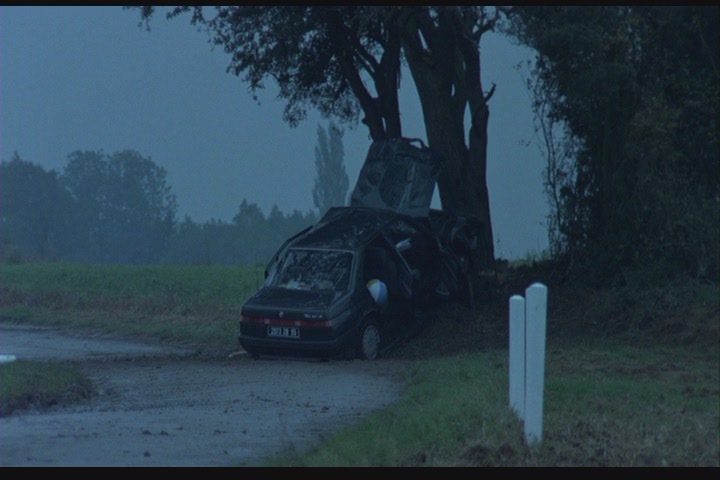 Then there is the car crashing scene,introducing the first supporting role in this film,a boy called Antoine.Also this scene is the first what-ifs in the film,what if Julie’s husband picks up the hitchhiker? will they escape the disaster? If you know Kieslowski’ works well,you will know what a important role FATE plays in his films,and this is merely one of the examples. 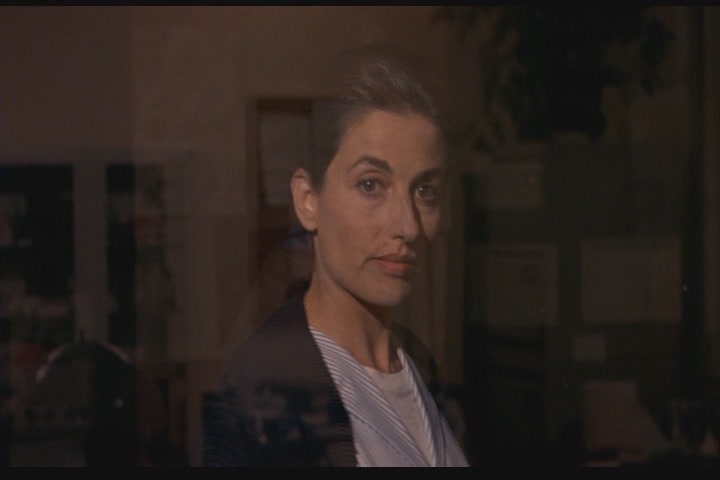 So Julie is trying to swallow to suicide due to her lost of husband and child accidentally,FATE saves her again,a nurse appears behind the window.Here comes another key element in Kieslowski’s flms,GLASS.In his films,glass has some kind of double-edge quality,it both connects the characters and meanwhile stops them being too close.You can see this kind of images later when a journalist visits Julie and Julie goes to see her mother. 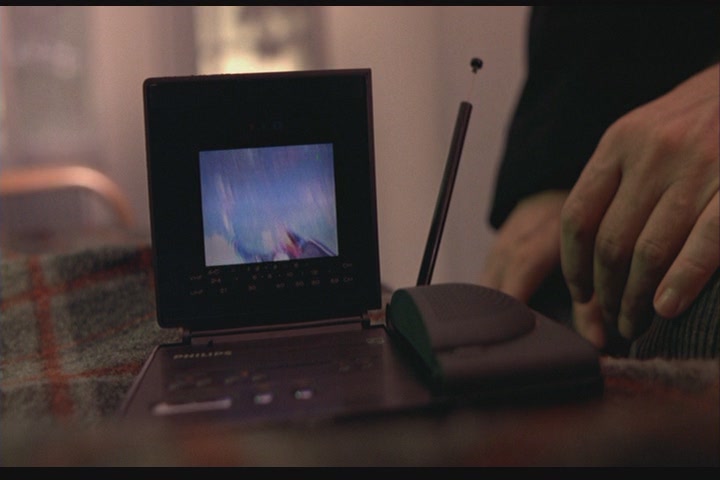 A friend of Julie’s husband,Olivier,comes to visit Julie,puts a mini-TV on her bed,it is showing a bumgee jumping,the bumgee scene appears later again,on the TV screen of Julie’s mother,also the Criterion Collection uses this scene as the cover of the dvd.So what’s the significance of this particular scene? It may symbolize the resilience inside her,just like the sports itself,Julie’s inside world goes down,and then bounces back as the story develops. 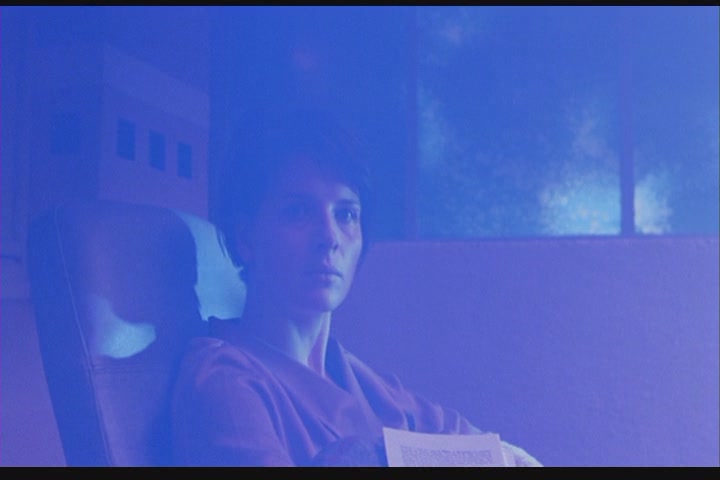 Julie comes home after her recovery,as we see her lying on a chair,all of a sudden,the music comes in a very powerful way,a strange blue light reflects on her face.It’s almost like a ghost,Julie’s reaction is first a shock,and then looks at something ghostly like,we don’t know what it is,maybe the spirit of her husband and child? 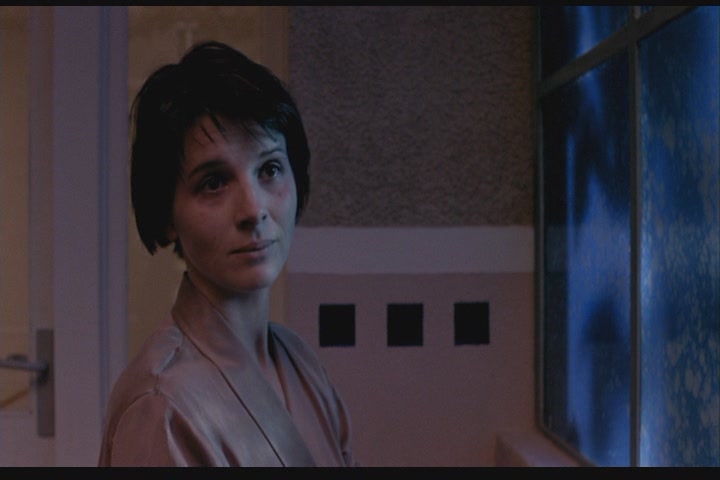 A journalist appears on Julie’s door,Julie turned down her request.You must give credit to Juliette  Binoche’s understated performance,there is a certain gravity and seriousness in it,Kieslowski was worried about her being too young to play the role,but as soon as he saw her performance,he knew she was Julie.Now her character is not asking for sympathy but resisting others in a distant way.Which arouses the theme of this film.Can one live with complete liberty?Can we live without past,without memory,without love,without commitment,without work? Is it desirable? We will find the answer at the end of the film.

Julie goes back to her house and fetched the unfinished symphony score.As we see the notes on it,we hear the music.The complete score of this film is wrote before the film being shoot,just like what Morricone did with the score of Once Upon a Time in the West.It is more like a pretext of the story,a excuse for the character’s behavior.It serves more in a narrative function instead of the normal function of emphasis of a certain image.

Julie then tried many ways to compensate the void internally,like creating physical pains by scratching her hands on the brick wall,changing her names,creating physical exhaustion by swimming in the pool alone etc.However,she is not completely disconnected from the outside world.When she sees some bad guys beat a boy in the street,she wants to offer help.When she is locked out of her own room,she is so vulnerable,she is putting all these up by herself.

There are two interesting scenes happening around the coffee shop.The first one is the conversation of Julie and Olivier is interrupted by some flute notes,the man in the street is playing the exact tune of the unfinished score by Julie’s husband.Why this coincidence? We don’t know.Another interesting scene is Julie dip the sugar cube into the coffee,there is a story about it,Kieslowski wants the scene to last only five seconds,not a second more,not a second less,so they took half a day to find such a sugar cube which meets his requirement.A great example of the director’s  attentions to tiny details. 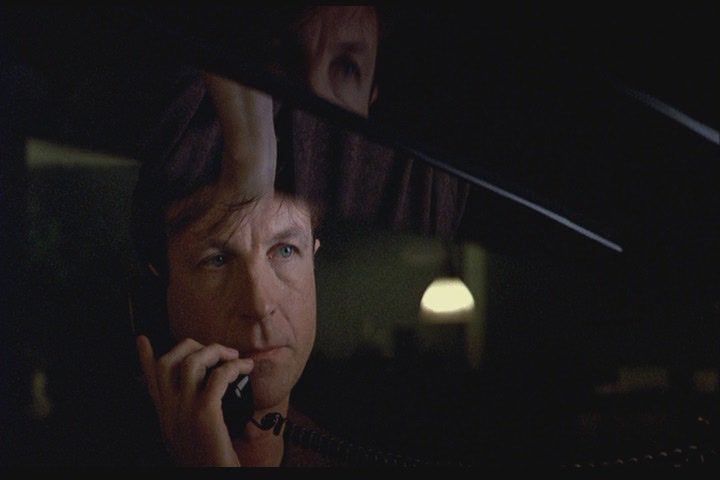 There aren’t much to say about the rest of the plot(the trilogy connection scenes will be mentioned in my following posts),but a very interesting scene must be mentioned.It is the split image of Olivier towards the end of the story,it is said that the actor,Benoît Régent,has unbelievable physical resemblance to the co-screen writer Piesiewicz,so in the film,the Régent character is trying to finish the master composer’s work,while outside the film,Piesiewicz also tries to finish his cooperation work with Kieslowski after his death. 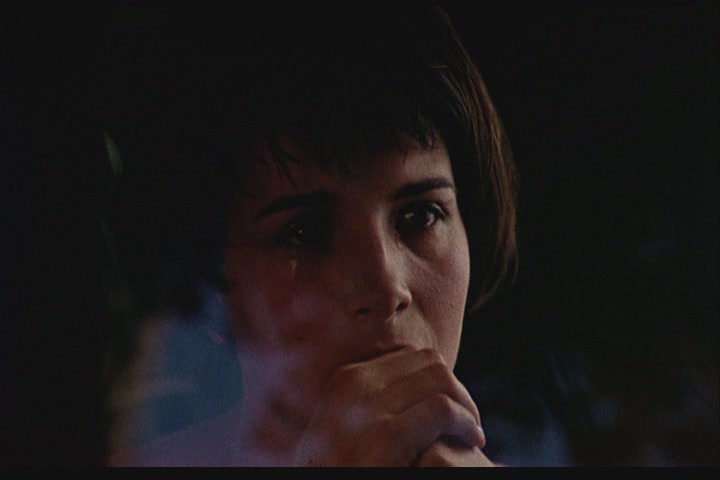 Finally,the brilliant pan shot at the end,it means now all these people have become a part of Julie’s life,it’s a sequence of hope,after all those gloomy shots throughout the film.The final scene,is written as “Julie cries helplessly” in the script,but how brilliant the director only shows a single drop of tear flows  down her face!!

All in all,this film is the kind of classic that every time you watch it,you feel like you are watching a new film.There are so many details to pick up along the way,I don’t think you can completely appreciate it in one viewing,so watch it more times as I did,I promise you will find it rewarding.