A couple of days ago I re-watched My favorite film from the Italian Maestro Bernado Bertolucci – The Conformist.I was lucky enough to be introduced to this film in the Alberto Moravia film retrospective in Beijing,although it was a projection display of poor quality dvd,the stunning stylish visuals still blew me away. After watching it again,I would include it in my top 20 films of all time,one of my favorite film cinematographer Vittorio Storaro left a rich legacy to all the later cinematographers,it is,in my opinion,one of the best textbooks for cinematography,because it peaks in so many categories.To pay homage to this work of visual wonders,I decide to pick some of the most visually outstanding scenes to analyze the cinematic magic in them.

In this scene with Marcello and his fiancee at home,the stripes of shades are filtered by the curtains and beautifully reflect on the bodies of the characters.Vittorio Storaro explains he was using this kind of sharp contrast of light and shadows to “form a cage” on the protagonist,which visualized the conflict inside the character.After Marcello goes to Paris,the lights start to embrace the shadows and colors appear on the images too.As the character’s psychology changes,so does the light and shadows around him.

In this famous scene,Marcello visits his former teacher at his home,they talk about the theory of “Plato’s cave“.The story is about many people was kept prisoners in a cave from the beginning of their lives,and they were forced to look at the shadows created by the fire outside the cave and moving people and objects passing in front of it,and they believed that was what real life is.Both Bertolucci and Storaro love this idea and thought it was a perfect metaphor of the relationship between film-goers and cinema.In order to create the “cave feel” of the images,Storaro refered to a painting called La Vocazione Di San Matteo by the famous painter Caravaggio,this is one of the rare paintings that have a clear boundary between light and darkness.Storaro used the exact same idea to shoot this scene to symbolize the conscience and un-conscience of the protagonist,he has something to present in front of him,which is the reality,also he has to hide something inside him. 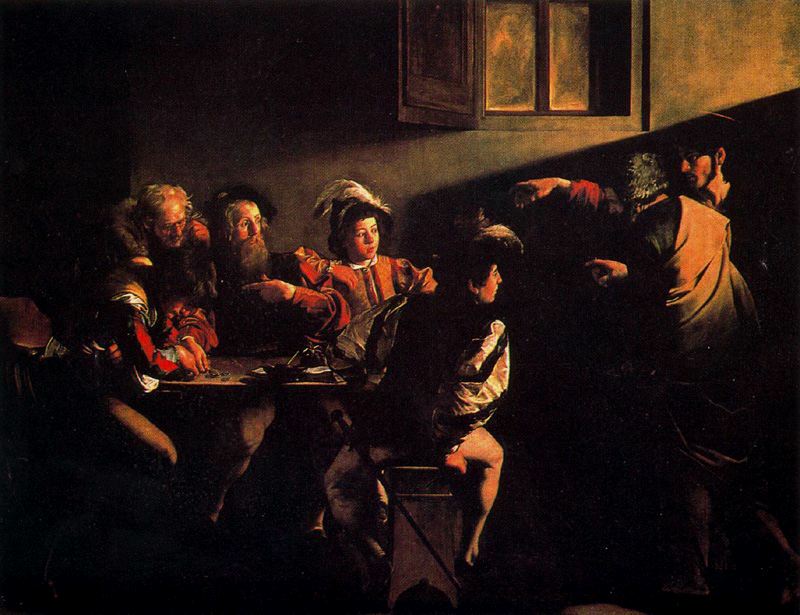 Storaro’s lighting is so masterful and stylish and symbolic in this film,I couldn’t list them all here,but allow me to post a still from an interesting scene. 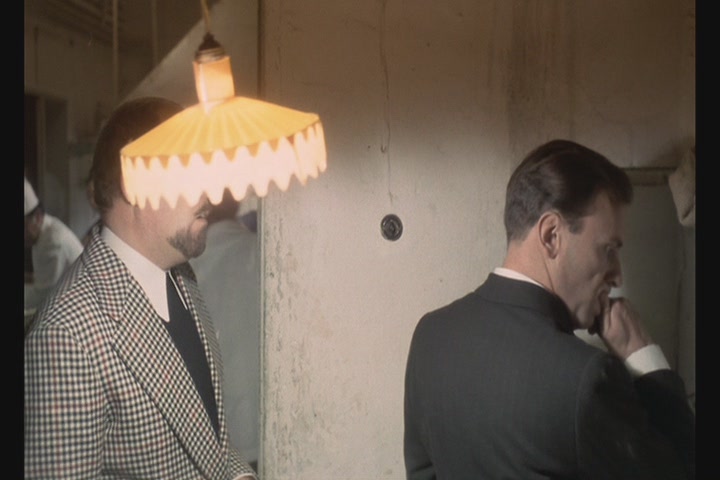 This is the scene in which the two guys meet secretly,the director deliberately asked one of the actors to touch the bulb so it would swing back and forth while the two characters were talking,so the lighting of the whole scene is switched on and of f back and forth,very interesting lighting. 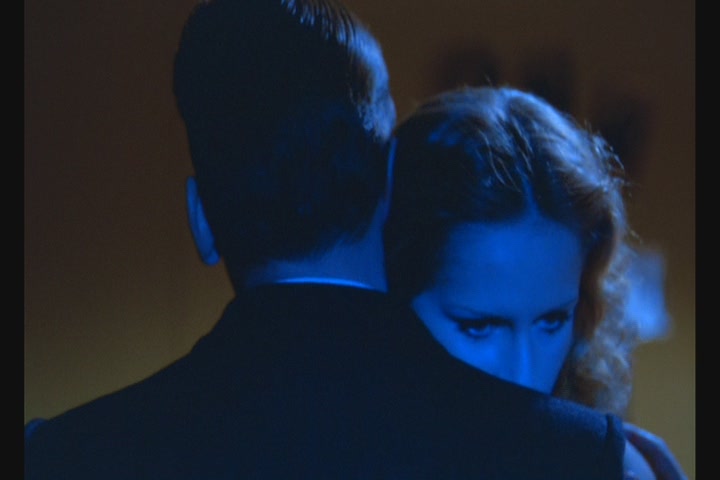 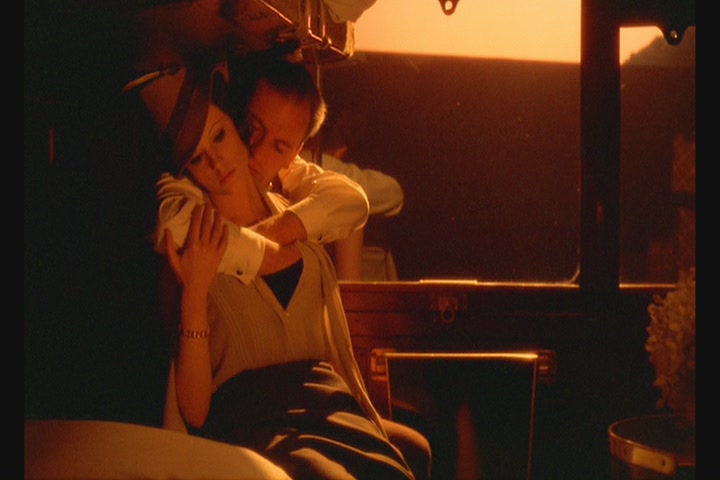 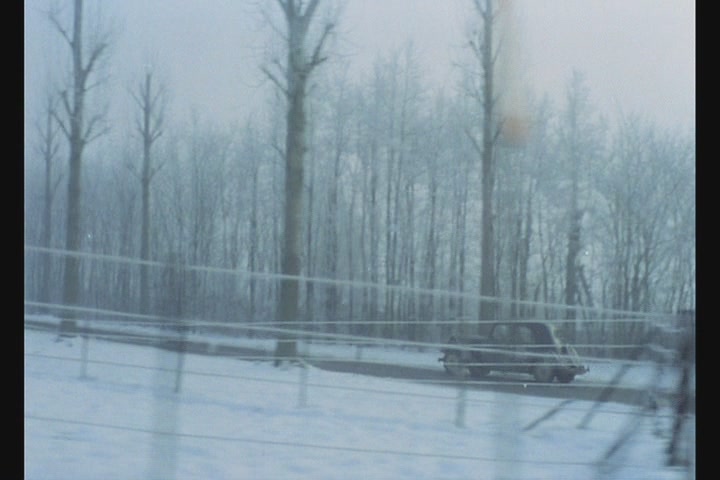 Speaking of the brilliance in it and its influence on the upcoming New Hollywood Cinema,I could’t state it better than John in this article,so I’d better quote the whole paragraph.

“Some aspects of Bertolucci travelled less well. Some of his formal ideas were greedily consumed by American film-makers, while the radical politics and pointedly Brechtian alienation techniques were largely discarded. Thus the emotionally expressive colour scheme of The Conformist – principally evident in the honeymoon train-ride of Clerici and his blousy new bride, during which insanely unrealistic rear-projection and alternating blue and gold filters throw into doubt the dependability of Clerici’s perceptions – are partially replicated in the colour-scheme of the two sections – past and present – of The Godfather: Part II. Its flashback sections are shot in ridiculously warm and nostalgic golds and sepias (the consoling colours of infantile memory and adult self-delusion) while the late 1950s present-day is rendered in icily comfortless blues and greys. Similarly, Taxi Driver’s heavy reliance on the perceptions of Travis Bickle, the least reliable narrator in 1970s cinema, is evoked using many powerful expressionist effects that Bertolucci had made his own – but, again, with no concomitant importation of his political radicalism.”

Here comes my favorite scene in the film,the dancing scene.

The Mise-en-scene here is just incredible.Look at how the group of people quickly form a queue of circles and walk out of the restaurant,then the camera turns around inside the restaurant,shooting those people outside the window,then stops at the guy Marcello is about to meet.Then the camera focused on the two characters with the background of the queue,as the people is about to come back,they stop talking and the queue enters the room and circles Marcello in the center,gives us a feeling that the protagonist is trapped.The choreography and camera movement of the whole scene is so perfectly designed and executed that this part of the plot moves so fluently.

You can find all kinds of  visual brilliance throughout the film,besides all those mentioned above,I’m gonna give you more in set pieces.

The opening sequence,I love how the camera moves up and reveals the naked body of Marcello’s lover. 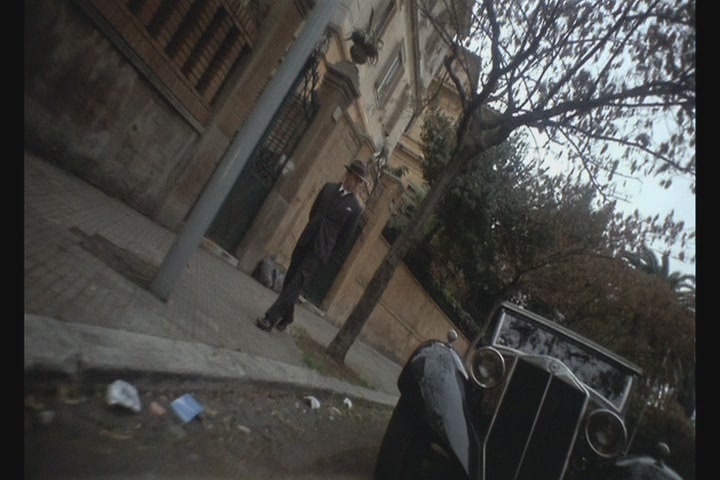 The tilt tracking shot of Marcello walking to get his mission,reminds me of the tilt shots of The Third Man. 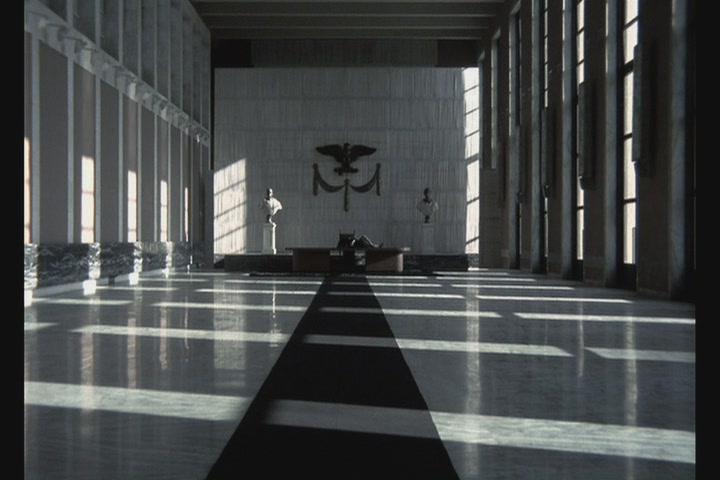 When we are enjoying the flirt scene in the office,the camera suddenly pulls back and shows how vast this place is. 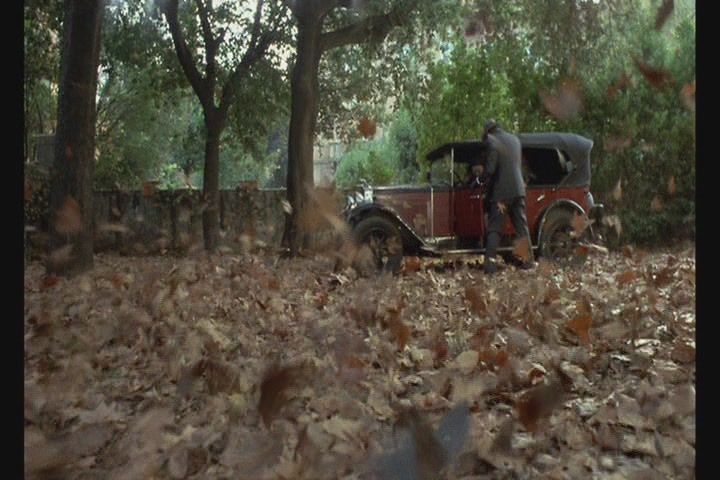 The camera starts very low,almost tied with the ground,and than pulls up to shoot the leaves,you can easily find the copy in Coen Brother’s Miller’s Crossing and Kieslowski’s Three Colors Red,which also stars Jean-Louis Trintignant. 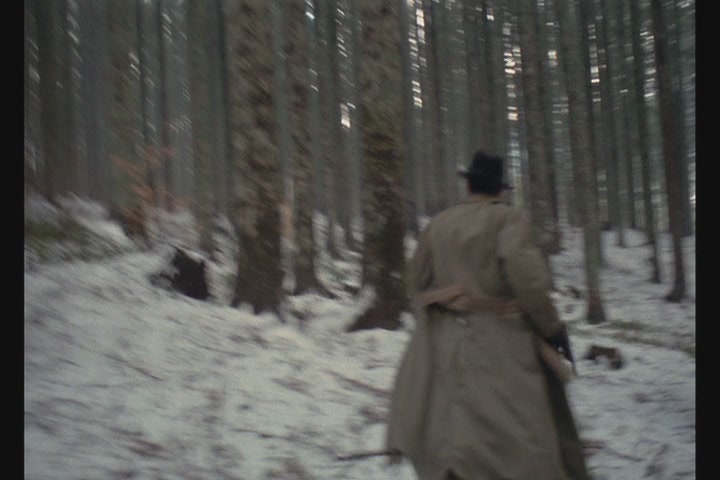 Finishing this is just like taking notes from one of the greatest filmmaking lessons,I’ve always wanted to write something like this,scene by scene,pure cinema,I’m proud that I pulled it off,and hope you could watch this film soon after reading this ,no matter how many times you have seen it.