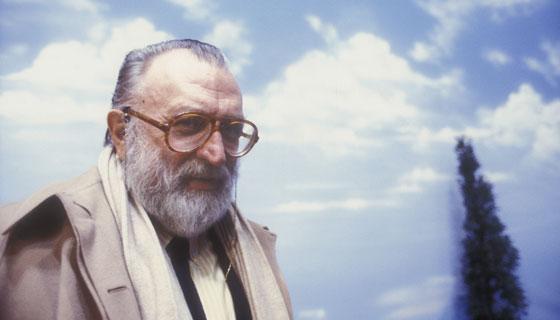 The first poster and synopsis for Quentin Tarantino’s Django Unchained have arrived,this film is his tribute to the Spaghetti Western genre.Being a huge Sergio Leone fan(it was told that his favorite film is Leone’s The Good,the Bad and the Ugly,and his favorite scene in any film is the final duel scene in GBU),this is the 2nd time he pays homage to the great Italian master and his famous Spaghetti Westerns,he already did it in his last picture The Inglorious Bastard by stealing(his own word) some of the Ennio Morricone score in Leone’s all time classic Once Upon a Time in the West.It happens that I was re-watching Leone’s Dollar Trilogy(aka. The Man with No Name trilgy) with the great Christopher Frayling(Author of ‘Spaghetti Westerns: Cowboys and Europeans from Karl May to Sergio Leone’ ) commentaries,it is no escape that I’m doing a review of one of my beloved genre and look back at the impossible cool style of Leone’s  Spaghetti Western. 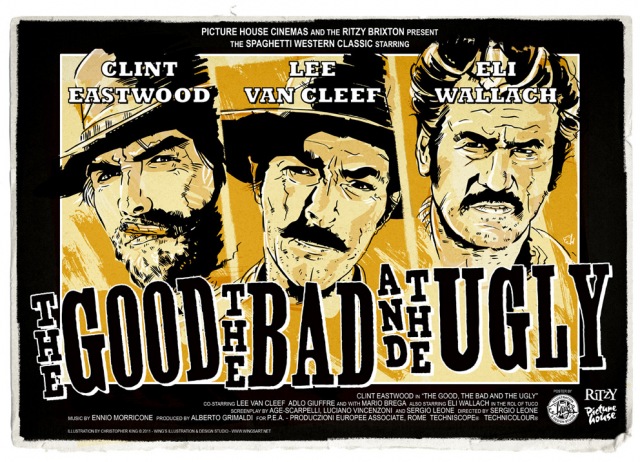 Many people love Leone’s westerns for a large part reason of the cool,interesting,sinister characters in them.In the first episode of the trilogy,A Fistful of Dollars,Clint Eastwood is introduced with his classic outfit,a man with no name who comes from nowhere,always silent and only lets his gun talk for him,this is what Eastwood demand during the shooting,which is quite strange since many actors would like more dialogue but he went for the opposite,because he thought he would do a better job not talking.Due to some additional footage Leone added,we can see this character is a more calm and intelligent man than the samurai played by Toshiro Mifune in Kurosawa’s Yojimbo,which this film was made based on.His first appearance on the big screen was very well-received.

In the second part of the trilogy,For a Few Dollars More,Leone developed the characters to a much fuller extent by creating two main musical theme for the two major character and adding more details about the way the characters think and do things.Eastwood’s character is less intelligent than the first episode and more rude in some way,the colonel played by Lee Van Cliff is portrait as more thoughtful and cautious,that’s why he is always one step ahead the Eastwood character.

It is the final chapter of the trilogy that really shows the mature Leone characters,in fact,there is no other title than The Good,the Bad and the Ugly which can demonstrate characters in it in a perfect way.But unlike the black-white character in most American westerns,the three characters are more complex than the title says.The Good,lies twice at the end of the film and treats his “partner” like a pig,The Bad,is sometimes humane  as he gives bottles to the wounded soldiers,and The Ugly,is in fact the most charming one in all three characters and is Eli Wallach’s best part in his lifetime and Leone’s favorite character in all his films.In Leone’s A Fistful of Dynamite(aka. Duck,You Sucker),Rod Steiger played a similar role but has less layer in him than Tuco.

There is another character to mention here,it is the director himself.When Leone was about to cast Eli Wallach as the bad,the actor never heard of the director’s name.After watching the opening animation of A Fistful of Dollars,he decided to join the project,he said:”it showed he has a big ego but also willing to shoot it down”.

When you talk about Leone films,you can’t ignore his amazing partnership with his primary school mate Ennio Morricone,like director&composer pairs  Federico Fellini&Nino Rota and Alfred Hitchcock&Bernard Herman,this pair brought the best of each other.The way they worked with the score is unique and interesting,Morricone liked to write some part of the score before the film is shoot,and Leone would cut his film to the score afterwards.A great example is the final duel scene in  The Good,the Bad and the Ugly,it is obvious Leone arranged some kind of choreography rehearsal and cut from one character to another to meet the pace of the score.

Another way of they work out the score worth mentioning is Morricone would write different theme for each characters in films.A great example of this is he wrote 4 different musical themes for the four major characters in Once Upon a Time in the West,and those themes would be played as an intro to the character when they appeared on the screen.The themes suit the characters perfectly well and are very memorable to the audience.These are some of the rare cases in Leone’s 500 plus score career he would do such things.

I have mentioned that their partnership brought the best of each other,and indeed Morricone’s score for the Dollars Trilogy is the peak of his long successful career.He brought something very refreshing to the history of film score by mixing different of sound and musical instruments like electric guitar,trumpet,clank,whistle,whip,chorus,soprano.These high-pitch symphony-like score really worked well in some of the highlight scenes.Also his usage of natural sound is remarkable as well,think of the opening sequence in Once Upon a Time in the West,the sound of the broken windmill,the fly,the water drop etc,Leone once said sound is 40% in his films,in this case,it is definitely more than that.

The last thing I’m gonna mention is the punctuation function of the score,Morricone usually used some simple weird notes to add the sense of humor in films,which was in accordance with Leone’s humorous story-telling,which I will discuss later.

I already said Leone is one of the great filmmakers with unique style,if you look at of his films,every detail is stylized.From the costume to the set,from the dialogue to the action.I will only pick some notable things to discuss here.

The shooting location of Dollars Trilogy was greatly chosen in Spain,mainly in Almeria,the look of the deserted land brought us a perfect western look.The interior settings designed by Carlo Simi was hugely underestimated,those detailed decoration is nothing less spectacular than any American western settings.He also designed the costumes,the costume of the man with no name in Dollars Trilogy is so stylish and impressive,it becomes Eastwood’s iconic outfit and the classic wardrobe wore by any western heroes.It was bought in Spain before the film was shoot,and only one piece since the budget is tied,but it worked perfectly well.

The actions in Leone’s westerns are some of the highlights in his films.Just like the famous Tuco punchline “When you have to shoot,shoot,don’t talk”,Leone’s actions scenes are always proceed in a straightforward way and without any or very few dialogues before them.The duel scenes in his films are the best example of his styles,it’s more like a ritual,a bullfight show,a ballet of death,time is stretched to limitless long,characters slowly walk into a round circus and carefully observe each other,tremendous tension is built in the air,then all of a sudden,violence happens in a blink of eye,the duel is over.

Leone is a man of tremendous humor,that’s why there are so many visual gags in his films.To name a few,the hero can light a match on any surface and in A Few Dollars More,the scene Eastwood character intentional lights a match on Klaus Kinski is a very interesting scene,then in The Good,the Bad and the Ugly,Eastwood missed the shot on the rope,and Tuco fell down without a horse under him.Leone’s films are full of these kinds of gags. 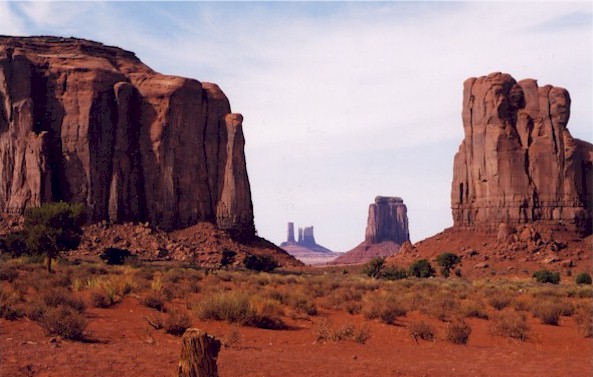 Though there are references to Jean Luc Gordard’s films Breathless(Eastwood fed the dying soldier with a cigar in  The Good,the Bad and the Ugly)and Pierrot le Fou(the ending of A Fistful of Dynamite),the major influence on Leone are still American films.Before A Fistful of Dollars,there were already a dozen Spaghetti western made,but none had been shown in the US theaters,until Leone,who was familiar with almost every American Westerns,reinforced the genre and made them into Mediterranean style,spaghetti became well-known among American audience.There are several scenes in The Good,the Bad and the Ugly of which direct reference can be found in Buster Keaton films(The General and Our Hospitality) and Gone with the Wind.Once Upon a Time in the West is the homage film to the great American John Ford Westerns. The landscape of Monument Valley and the strong female character of Jill are elements that never appeared in his previous westerns but are  typical American Western style.If the American Western is a myth,then Leone’s western is myth about a myth.

Well,here is your turn,let me know what you think about Sergio Leone and his Spaghetti Westerns.