I love comedies,though I don’t watch them too often,I always had a great time.As a matter of a fact,there aren’t great comedies in modern times any more,and our time is lack of comedy masters like Chaplin,Tati,Brooks etc,that’s too sad.We have to go back to the pre-Great Depression and Great Depression era to find these lost classics from directors like Buster Keaton and Ernst Lubitsch,thanks to KINO and Criterion,our expedition is effortless. 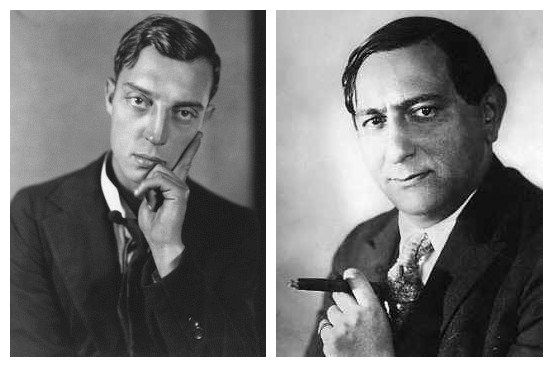 I watched Our Hospitality & Design for Living in the past week,loved both a lot,and they may be my favorite Keaton and Lubitsch so far.Also the supplements in both disc helped me a lot understand its time,it is real important to learn the background since both of them were made so early.I can’t wait for the end of the month so I will just write about them while my fondness is still quite strong. 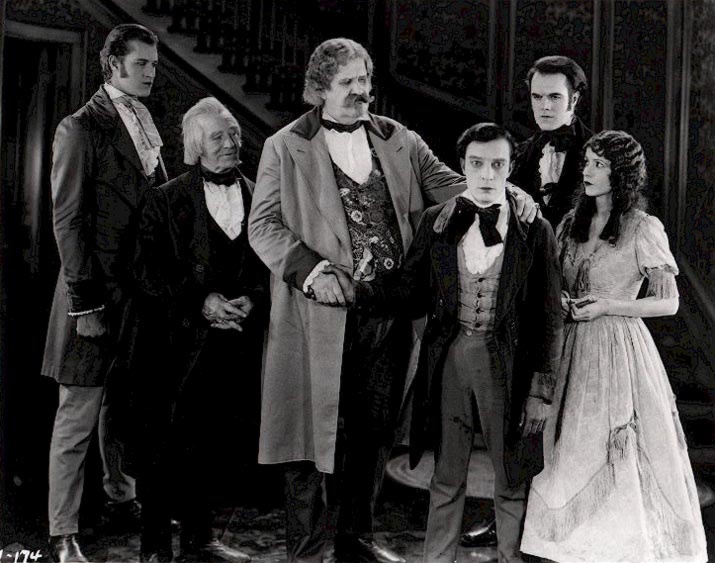 I always have the idea that comparing Keaton with Chaplin is pointless,they are just two completely type and both are the best in their own area.Nobody does it better than Keaton in terms of creative comedy concept and risk taking.Keaton had shown his great talent for slapstick comedy in his early shorts with his master and long-time partner “Fatty”,after his first feature film “Three Ages” which is consist of 3 short stories,he finally proved to the world that he had the ability to make long feature comedy.

The comedy is based on a true feud in history and it is astonishing to watch how Keaton turned this story of hatred to a complete comedy,the first scenes had great intercuttings and a obvious homage to Griffith.Then it came to the most famous Keaton device – the train.As we can see from the film,the train was consist of two parts,steam engine and carriages,which was remodeled from the two major train types during that time.And in this film Buster already invented some train tricks which he would use again in his later masterpiece The General,like the road barriers,the steam engine,the hole the train travels through,and separated  train parts.This train is used again in “Fatty” ‘s “Iron Mule”,in which he played an anonymous  Indian chief.The short is also included in the blu-ray disc and worth a mention here,the scene in which the guys use the wheel of the train as part of their gamble device is just genius.

Then came the funniest part of the film,Keaton arrived at the “enemy” ‘s house and the title started to reveal its meanings.They could not kill when the guy is the guest of the house,what a funny context.It was hilarious to watch how Keaton tried to avoid leaving the house after he overheard the secret,and those sequence were extremely intense to watch,because we know that the protagonist will not die from it but the plot was driving him to do so again and again.

After he found the chance to escape to the grand landscape,it came back to the typical Keaton style,highly dangerous scenes one after another.The scenes when he and his lover was in the water dragged a little bit for me,but the rescue in the front of the waterfall is a great Keaton moment.It was heart-breaking to learn from the supplements that he was only rescuing a puppet but his devotion to the high-rick scenes were definitely worth tremendous respect.

The final scene when they made peace was romantic and the last joke of him pulling out guns from all parts of his body was the last joy in the film.I have watched several of his feature films including The General,Sherlock Jr.,Steamboat Bill Jr. and Seven Chances,I could not recall anyone that was so well-balanced with romance,funny tricks and action scenes. 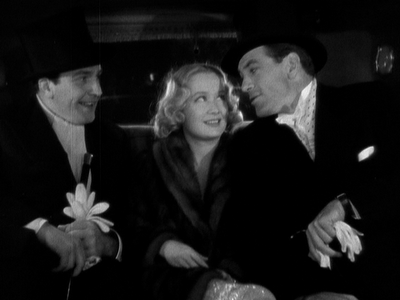 As Our Hospitality shared many similarities with The General,this film is also the twin film of the earlier comedy Trouble in Paradise,these two films were both shoot in the middle of his five musicals after his arrival in Hollywood and were both famous for their indirect sexual references.In the supplements of Criterion dvds,film scholar William Paul made a great analysis on both films and tried to explore what “Lubitsch Touch” was like,without it I couldn’t gain so many insights into the film.

The play by the great Noël Coward was adapted to a large extent by screenwriter Ben hecht,who was most famous for his rescue to the screenplay of Gone with the Wind,in fact,there was only one line left in the whole play,the greatest contribution from him to the film is the idea of the trio relationship.Ben hecht did a marvelous job adapting the dialogues to the standard Lubitsch style,but the sexual references all over the film remained a big problem for the director during the pre-code era. We can get a access to understanding the “Lubitsch Touch” by watching  how he handled it.

So how did he do it to escape from the restriction of the censorship ? Here is the term “Direction in indirection”,which is typical Lubitsch technique used in lots of his films.This method can be seen in two ways.One was try to let the camera not shoot the possible sexual scene but give a slight hint what might had been happened,like the scene at the wedding night,the camera stayed outside of the bedroom until next morning,we knew they did not make it by seeing the man kicking the tulips.The other one is using meataphors,like the girl’s reference of hats as men she tried to have relations before,and the two tulips as the  meataphor of two guys whom she had sex with.Lubitsch did this kind of tricks so well that when it eventually came to a bed scene,it was the purest scene in the whole film,where the two childish guys were talking jokes to the girl.

We can view this film as one of the major challenges Lubitsch had ever made to both the conventional moral standard and filmmaking technique.  And it surely influenced many triangle love films afterwards including the great French New Wave starter Jules and Jim.

Well,hope this short would help you a little bit understand the genius craft from two greatest comedy masters ever.I also hope dvd companies could release more of their works because numbers of truly great comedies are not many and they all should be treasured in a most respectful way.Let me know your thoughts on these two films as well as the masters in the comments.