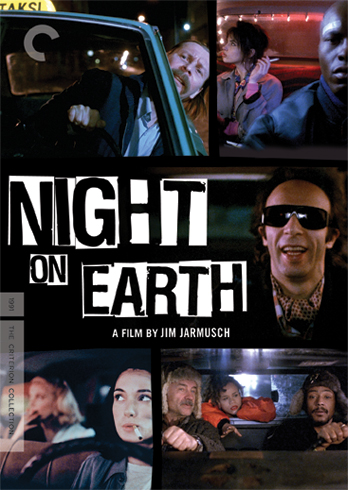 There are no directors other than American Independent cinema auteur Jim Jamusch who both loves making episodic films and knows how to make them work,his 1991 Night on Earth is one of the best examples.

The film consists of five short stories which happen in five taxicabs in five different cities – Los Angeles,New York,Paris,Rome and Helsinki.With the duration of less than half an hour,each segment of the film delivers no less meanings and emotions than any normal feature length film.

With these five lovely segment,director Jim Jamusch pays homages to many auteur he adores,like the Los Angeles segment is a homage to the godfather of American Independent film John Casavettes(with his wife and long-time collaborator Gena Rowlands in it),the Italian segment is a homage to Pier Paolo Pasolini(the appearance of Paolo Bonacelli,famously known as the Duke role in Pasollini’s notorious Salo),Robert Federico Fellini(the Roman Catholic reference) and Robert Begnini(the Begninian jokes) films,the Helsinki short is such an obvious homage to the famous Finnish auteur Aki Kaurismaki and his brother Mika Kaurismaki(with the character name Aki&Mika and the cast of  Kaurismaki’s regular actor Matti Pellonpää).Another hidden homages here is he opens every short with several pillow shots of the city,but he only admits it’s a subconscious homage to his icon Yasujiro Ozu.

These five segments are typical portrait of the city and its people,you can jump to any segment and instantly recognize in which city the story happens.Of course the purpose of the film is much more than showing five funny or sad stories in five cities,it is still a typical Jamusch film with the typical Jamusch theme,which is the failure of communication and understanding among people.

In the opening Los Angeles segment,it tells a story of a star agent(Gena Rowlands) accidentally finds the cab driver(Winona Ryder) to be the ideal choice for her next project,but then received a surprised refusal from the “stubborn”  girl.The gap between the middle-aged agent and young driver is more about occupation and class than age.It’s interesting to see the agent refused to answer the call from his boyfriend boss and says “shut up” to it,it looks like she has just learned some life lessons from someone younger than her about the meaning and goals of life. 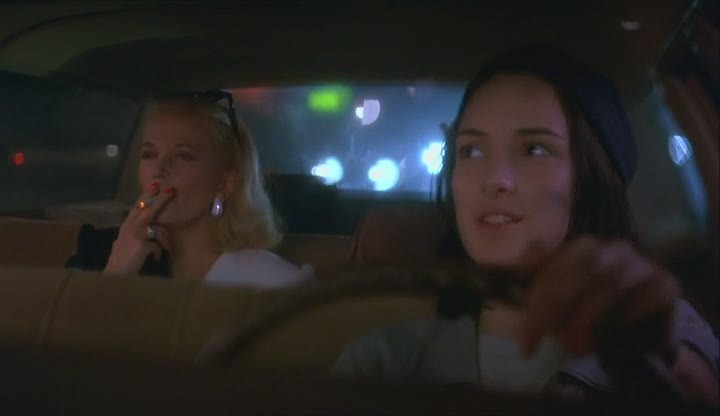 The second segment in New York is as hilarious as you can possibly imagine.Jamusch brilliantly arranges a Non-American people in the middle of a dog-fight between two American family members,from the observation and reaction to the fight,the audience can see what Americans are like through a Non-American’s eye,just like his landmark film in American Independent cinema history – Strangers than Paradise. 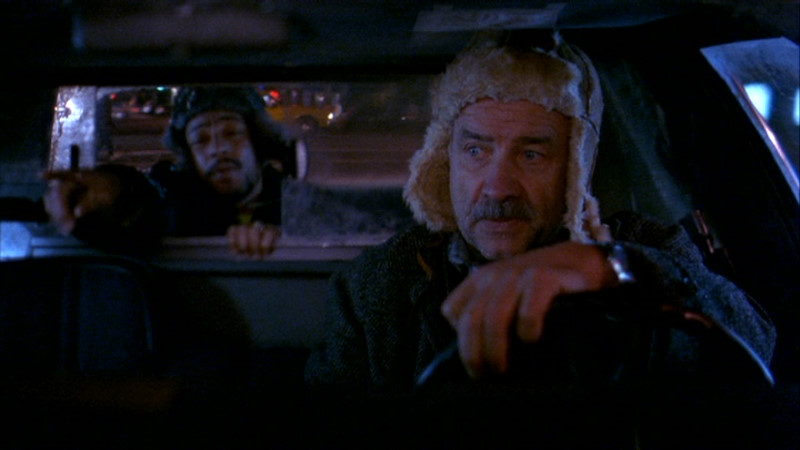 The Paris segment features a fierce battle between a black driver and a white female blind passenger.Just lost his dignity in the encounter with two black passengers,he finds it the best opportunity to regain it from the blind,but ends up with another disgrace and humiliation.The gap between normal and blind people can’t be demonstrated better than this. 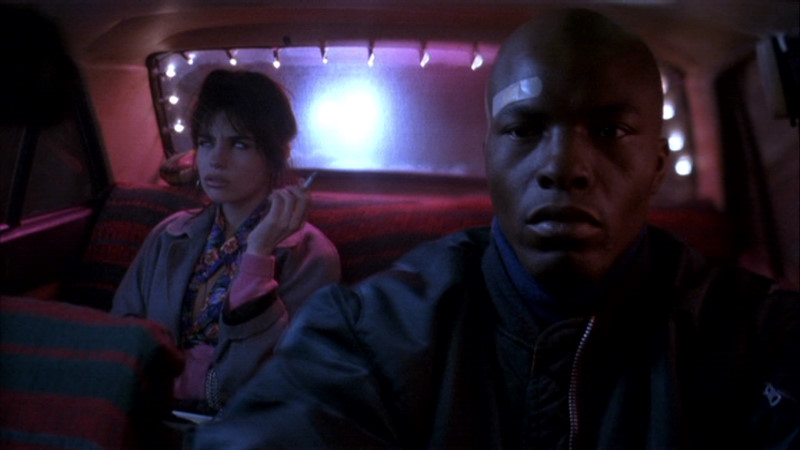 Then comes the Italian one with Robert Begnini accidentally causes a bishop’s death by passionately confessing his ridiculous sex stories and paying no attention to what happens in the backseat. The communication between a man of all religions and a man who falsely understands religion can be fatal,Jamusch tells us this in an exaggerated way possible. 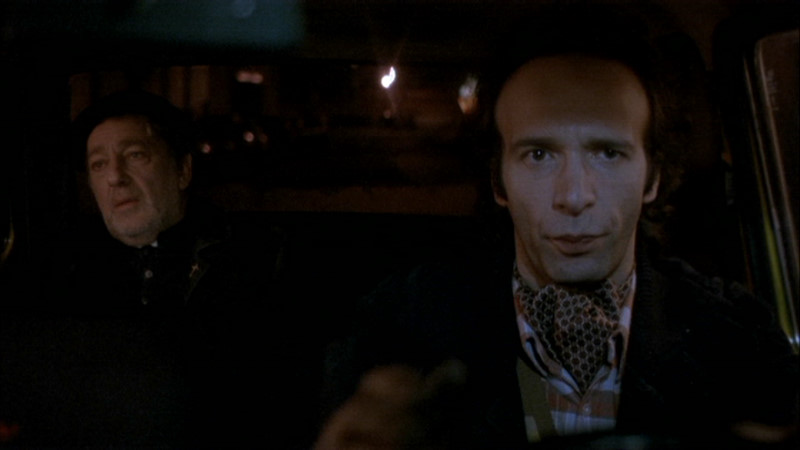 The last stop of the film has the saddest tone among the five.Passengers and driver competes to tell the saddest story in the world,which reveals the subtle difference of being a victim and a coward in front of unfortunate lives.The driver is a victim of a life but not a coward,the story reminds me of Abbas’ Cannes winning film The Taste of Cherry,which also happens in a car most of the time and discusses the preciousness of life. 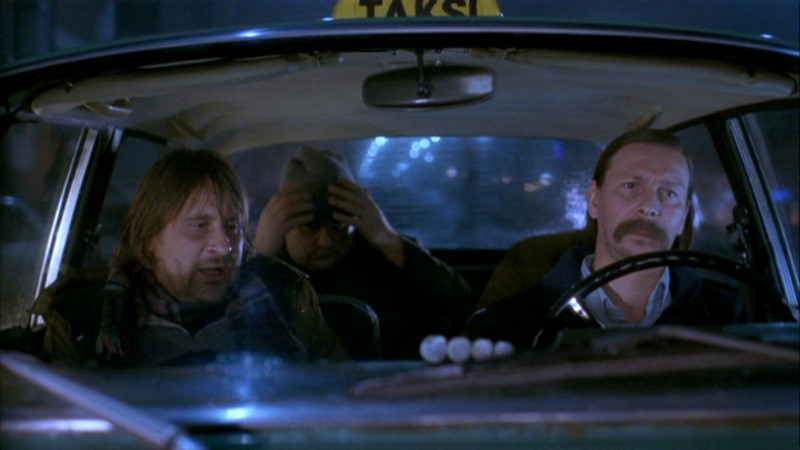 Q&A with Jim Jamusch is the highlight of the supplement in this Criterion disc,in this hour-long audio goodie,Jamusch answers the questions from fans all around the world,since the film got its international appeal.In this section,Jamusch talks about subjects like the making of the film,American independent film,his own creative process,his favorite directors and films,etc.If you are a  Jamusch fan or you are just into those indie movies,this supplement may be a delight for you.

At last,Night on Earth is a film you will hardly dislike and can be your first entry to the works of Jim Jamusch if you are still a Jamusch virgin,you will find more fun by watching it repeatedly.

What do you think of the film? What’s your most and least favorite segment in the film?