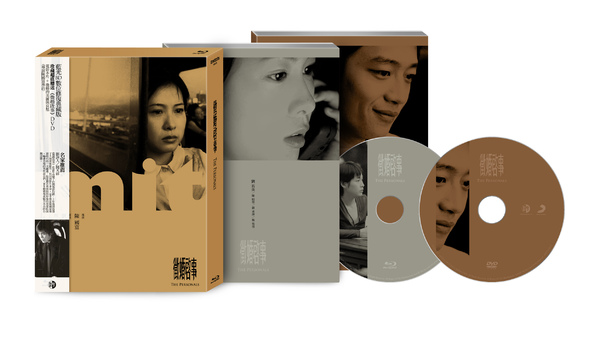 The BD+DVD package of the CMPC released The Personals

Simply put,this is a film about the blind dates of a female ex-doctor. Most part of the film consists of a series of interviews that Du Jiazhen (Rene Liu Jo-yin) holds with prospective suitors, all respondents to a personals advertisement that she’s posted in a Taipei newspaper. Each interview takes place in the same fancy (mostly empty) Taipei restaurant, and each is decorated by a title announcing the name, age, and occupation of the prospective suitor. 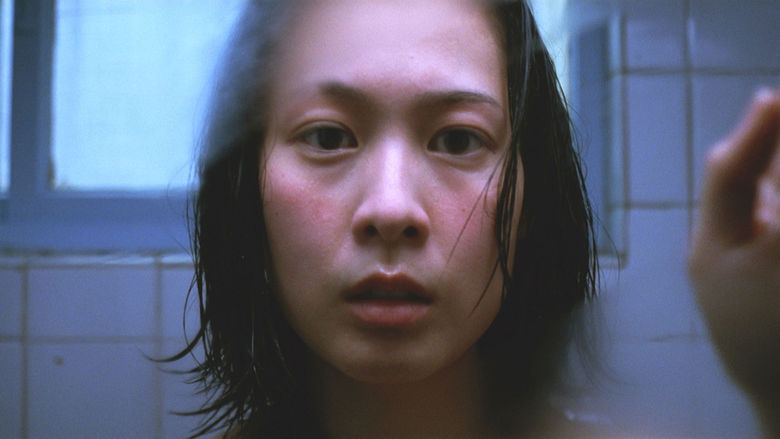 In a country of 1.3 billion population,blind dating is a popular but not so effective way among Chinese young single people to meet the other half of their future lives.Since the huge success of a commercial film If You are The One by one of the most popular comedy director Feng Xiaogang,and the NO.1  TV show with the same name in the mainland,the topic of blind dates has never been this hot,not just among those who seek their true love,but everyone around them.So in this term,the relevance of this film only grows in recent times.

Being a happily married man without any history of blind dates,this film is still quite comprehensive to me because I’ve heard a lot of blind date stories from my friends.It is impossible to include every single scenario possible in the film,but it does not matter,at least director Chen Kuo-fu manages to varies the age and occupations among those suitors and create lots of fun for us.Dating itself is a serious thing but the process and the people you meet in the dating can be limitlessly funny,but aside from all those fun we have during watching the blind date scenes,if you consider it seriously,it can be a research on the sociology,you get to know a lot about people of different occupations through their talk and behavior,also their values and even private secrets.When I watch the film,I have no concern about if Du Jiazhen finds her Romeo or not,I’m more interested in the sociology hidden in these dialogues. 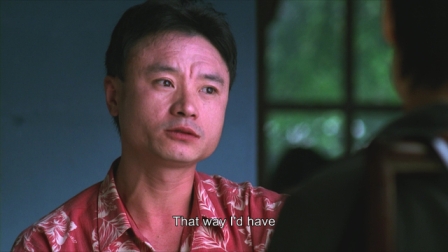 One of the many suitors of Du Jiazhen

It would be boring and superficial if the film only consists of blind dates scenes one after another.Actually three fourths of the film is this kind of scenes,what director Chen Kuo-fu did brilliantly to avoid the boring reactions from the audience is to shoot these scenes in different lights and angels,so you wouldn’t find these scenes repeated.He also tried to make the narratives a little bit more complex to insert those fragment scenes of Du Jiazhen talking to her former teacher about her love life among these blind date scenes,and add a subplot of she talking to her ex-lover through the phone about her confusions of her constantly blind date failures.

This film also explores the classic film topic of voyeurism to a certain extent.The film begins with several close-ups of the eyes of Du Jiazhen’s patient and then a shower sequence of Du Jiazhen so the audience immediately get the message that this film will discuss more or less on this topic.In those following up marriage interviews,Du Jiazhen obviously becomes the voyeur,every man in front of her tells their most private stories to her,as what she says in the film “he in the light, me in the shadows”.The film ends with Du Jiazhen surprisingly finds that the wife of her ex-lover has secretly listened  to all those phone calls she makes,so in the end,she becomes the victim of the voyeurism.

I haven’t seen any Rene Liu films before but must praise her in this one,acting is all about actions and reactions,and in a film that is more about reactions than actions,her extensive range of exquisitely modulated reactions to the men’s spiels is remarkable,according to the comments of a Taiwan film critic,this is the breakthrough role for Rene Liu in her film career. 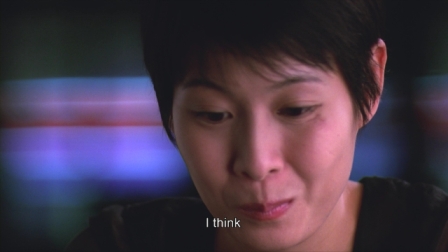 As a classic by one of the most important filmmaker in recent Taiwan history,this film couldn’t look any better in this 1080p CMPC Blu-ray,for anyone who’s interested,you can buy it on yesasia.

Read other Classic Chinese Cinema reviews in this series.