Until today I’ve written four posts in this series,unlike the previous classic and arthouse type,today I’m gonna introduce a very entertaining flick from top-notch Hong Kong crime genre filmmaker Johnnie To and his Milky Way Image. Running Out of Time is the most accessible Chinese-language film I can think of,and if you are a crime genre lover,I believe you are gonna love it as I do. 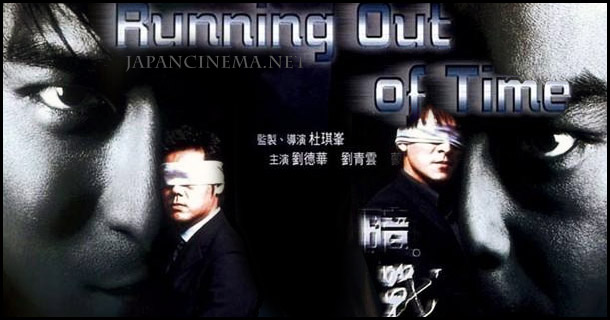 I’ve seen many “cat and mouse game films”,but nothing is quite near this film,I still think this is the best script ever written by the regular Milky Way Image screenwriter Nai-Hoi Yau.This film is all “cat and mouse game films” should be like,very few action scenes,but very tense plot driven by the “fight beneath the surface”,which is the meaning of the Chinese name of the film.The film begin with the criminal mastermind first,we immediately know that this guy only gets four days to live,and sense that he can do anything out of consideration of money or power,but just for weird reasons like the joker in The Dark Knight and the killer in No Country for Old Man,this kind of criminal is the most scary type.

Then the writer is very clever to build the personality of the hostage negotiator in his very first scene of the film,he is very calm and gets enough guts,looks terrific as any top hostage negotiator should be.This introduction of two leading roles is brilliant,because we know it’s always the “bad guy” that determines the quality of this kind of film,but the bad guy in this film looks very normal,vulnerable  and mysterious,and the good guy looks so good in his duty,the unconventional comparison keeps us wondering who is gonna win this secret battle. 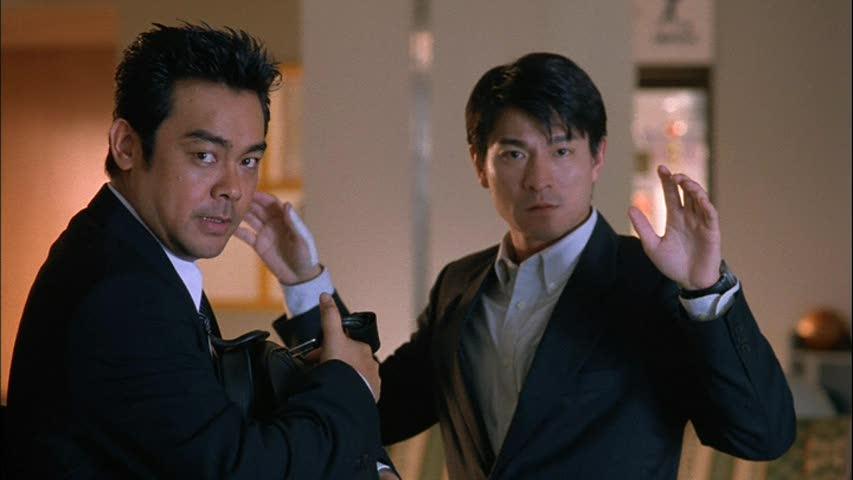 As the story progresses,we witness time and time again,that the criminal escapes from the seemingly unescapable situation the negotiator set up for him,and the negotiator is like a puppet and it is the criminal who pulls all the strings behind the curtain,it seems like the criminal is playing a game with the cops as the third party.This is another display of brilliant script writing,every time the writer creates something more and more dangerous for the criminal,every time when we think the cat must get the mouse,he escapes effortlessly in they way you can never imagine.This is the ultimate fun of this kind of film,and Nai-Hoi Yau really knows how to reveal information and keep the suspense at the same time.

Any audience should be satisfied to see contest of IQ and guts at this high level, but the writer gives us a love story as a bonus,it’s really hard to imagine how to insert a love story into this kind of tense plot,but Nai-Hoi Yau manages to do it and Johnnie To shoots it beautifully since romance film is the second best genre he is good at.However,this love story is not shot for any entertaining reasons,its purpose is to serve the character reinforcement of the criminal.You must give Johnnie To a lot of credits,because I think it is his best part as a great director in this film. The total length of this love story only lasts like 15 minutes,and To tells the story in such an economy way that it can still touch people  to the core.You can have a taste of the romantic flavor in the video below:

There is no clear line between the criminal and negotiator,nobody is the bad guy in this film,and interestingly,the relationships between the two gradually turns into something like mutual-appreciation and friendship. The performance of both leading actors are both superb,especially Andy Lau,who is known more as a singing super star than a successful actor,his portrayal of a high IQ criminal who looks super cool in the surface but has a lot hearts underneath would impress anyone who hasn’t watched his films before,this role won him a deserving award in the Hong Kong film festival in 1999 and definitely is his best during his 100-plus-film career.Ching Wan-Lau‘s performance is equally outstanding,but his best role came late in the 2007 picture Mad Detective. 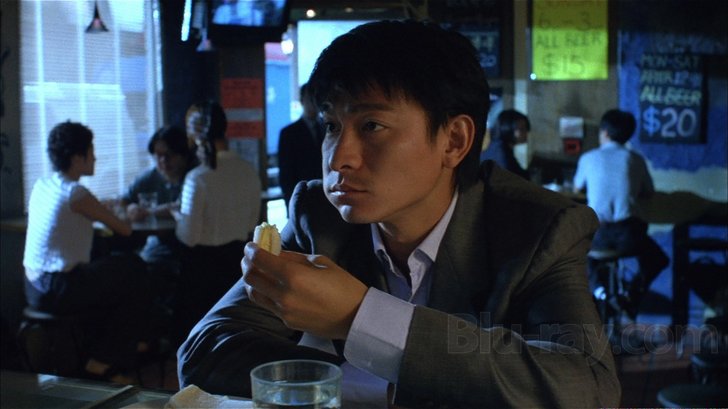 The last element I’d like to mention is the memorable score,every time when I recall this film,it is always the scene where both leading roles stumble to each other in search of the box after a severe car crush,with the main score playing in the background.The main score is played over and over again throughout the film but you never get tired of it because every time there is a variation of the score,and it suits perfectly with the emotion of the plot.

All brilliance praised,this film certainly has some flaws.One being that unlike the recent Johnnie To film Life Without Principle,some parts in the plot seem unrealistic,which makes this film more like a wuxia film in the disguise of a criminal film.The other being that  unlike his landmark film produced in the same year as this one,The Mission,the power of writers and actors overshadows the director.However,this is the first major commercial breakthrough for the Hong Kong auteur Johnnie To and certainly his most entertaining film by far.Anyone who is tired of Western crime genres should take a look at this unique  “made-in-HK” picture.

Unfortunately this film is not available on Youtube,but you can still watch it on Netflix or buy the Blu-ray on Amazon.