With a measly 2,000 ratings on IMDb, Lapsis may lack the mainstream success of something like Dune, but that doesn’t make it any less worthwhile. The inventive sci-fi dramedy about the gig economy cleverly satirizes megacorporations like Amazon and Walmart, but beyond that, it presents us with a unique alternate reality that can and should terrify viewers.

That’s what’s so amazing about the film. The various ideas appear to be absurd at first glance, but the more you think about it, the more you realize that maybe this is closer to reality than you initially noticed. A clever script goes a long way, and Lapsis certainly has a script with some creative ideas, but the film also benefits from being wildly entertaining from beginning to end. 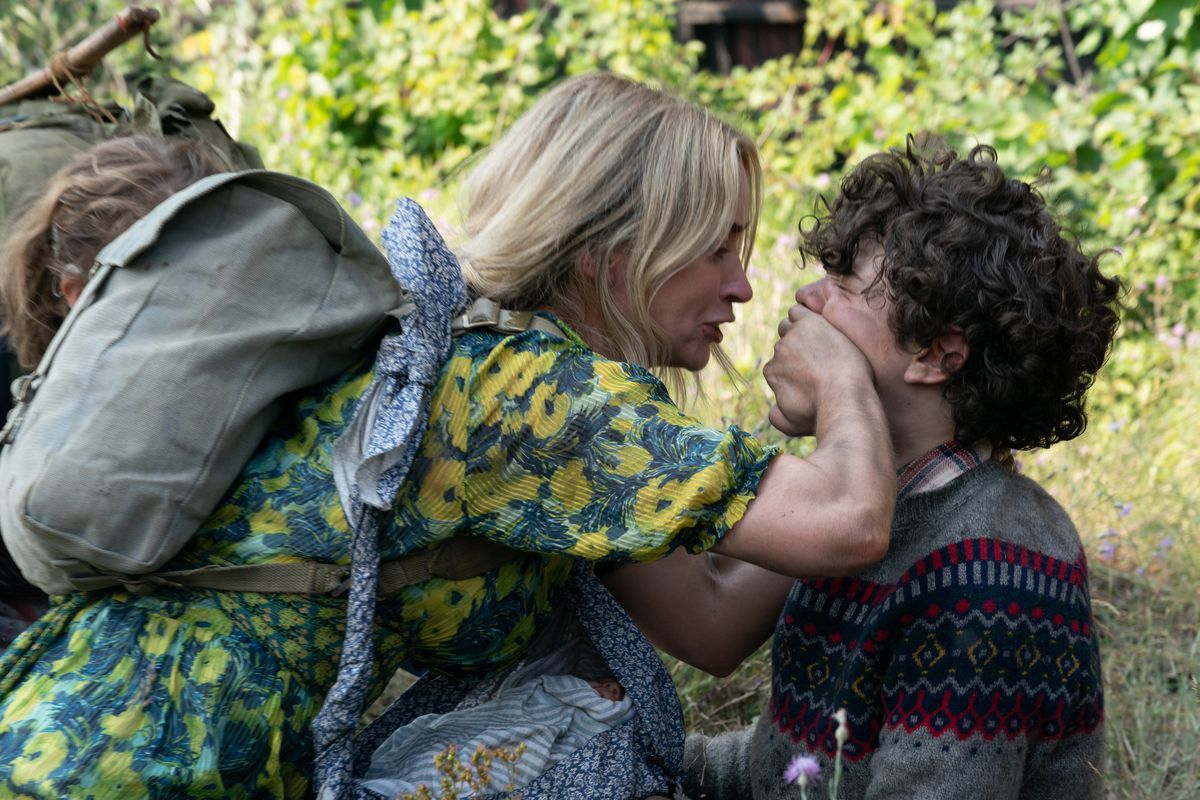 A Quiet Place, John Krasinski’s foray into the horror genre, was a smash hit. With a 96% on Rotten Tomatoes and a box office haul of nearly $350 million, nobody is calling this thing a failure. At the same time, the idea of a sequel was not universally well-received. Krasinski himself was apprehensive given the conclusion of the first film. However, after several months of brainstorming, he decided he could give the fans what they wanted, and he succeeded.

A Quiet Place Part II is a near-perfect sequel to the original film. It continues the story in a way that feels not only natural but necessary. It’s not as intimate or unique as its predecessor, but the elaborate setpieces and high-stakes thrills make for a worthy exchange. It’s a bigger, flashier movie, but it doesn’t give up any of its intelligence.

If the franchise can continue this momentum, we’ll have plenty to look forward to. After the success of Part II, a spin-off and sequel were greenlit. It’s easy to claim that anxiety-inducing monsters sell tickets, but this franchise wouldn’t be such a success if the films weren’t so well-executed. 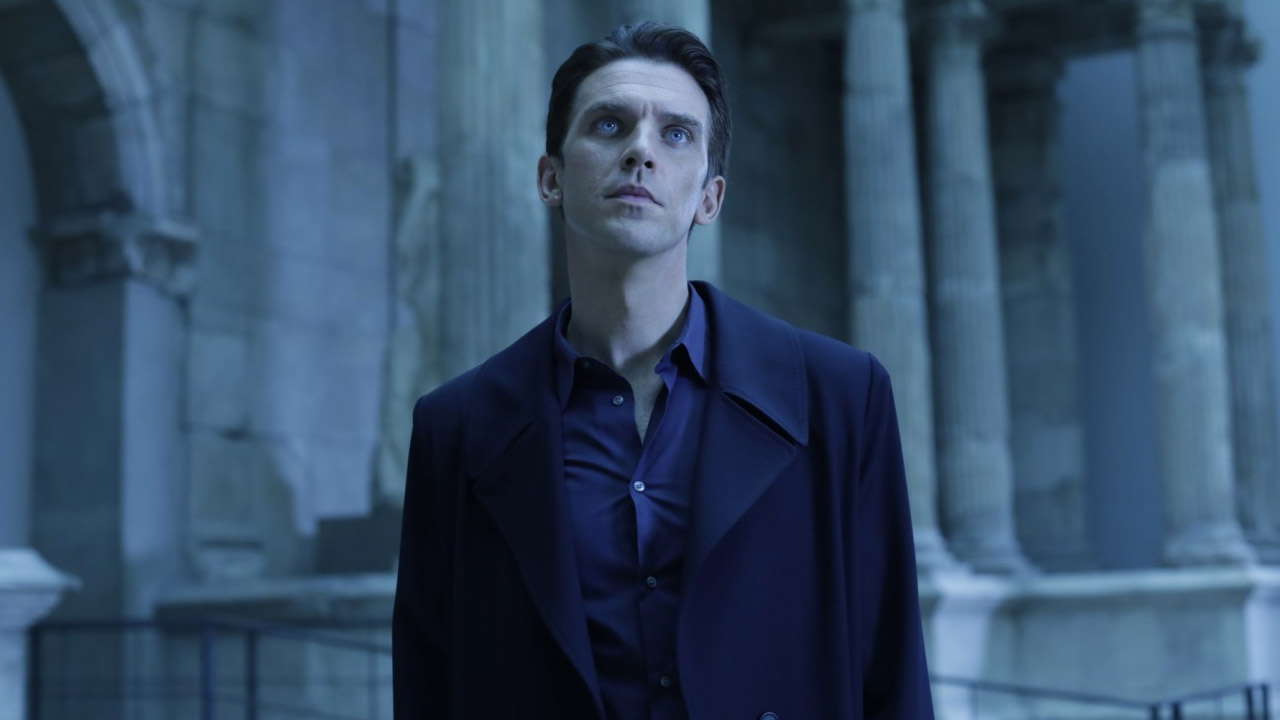 Recently, we’ve been inundated with sci-fi movies about artificial intelligence. Given the fact that these movies often ask viewers complex, thought-provoking questions, it makes sense. On top of that, contemporary society has been toying with artificial intelligence, so these recent releases are addressing a subject that seems to be on the horizon. Of course, with all of the new AI-focused films, it’s hard to find ones that really stick out. Ex Machina may have earned glowing reviews, but let’s not forget about A-X-L, Mother/Android, and Tau. They’re not all winners.

Luckily, I’m Your Man is one of the good ones. The film revolves around a woman named Alma who is tasked with living alongside a robot designed to be the perfect life partner. The humanoid robot, played by Dan Stevens, does everything to satisfy Alma, but Alma refuses to treat the robot as a normal, living human. This leads to a question that so many science fiction films ask: what makes us human?

Though the themes aren’t entirely unique, they are tackled in a nuanced, engaging manner. Dan Stevens does a lot of the heavy-lifting. He brings life to something that technically doesn’t even have life, and this helps the audience sympathize with his character. Meanwhile, Jan Schomburg and Maria Schrader deliver a script that carefully avoids every conceivable cliché. If you’re feeling exhaustion over this particular subgenre, this could be the film that changes your mind. 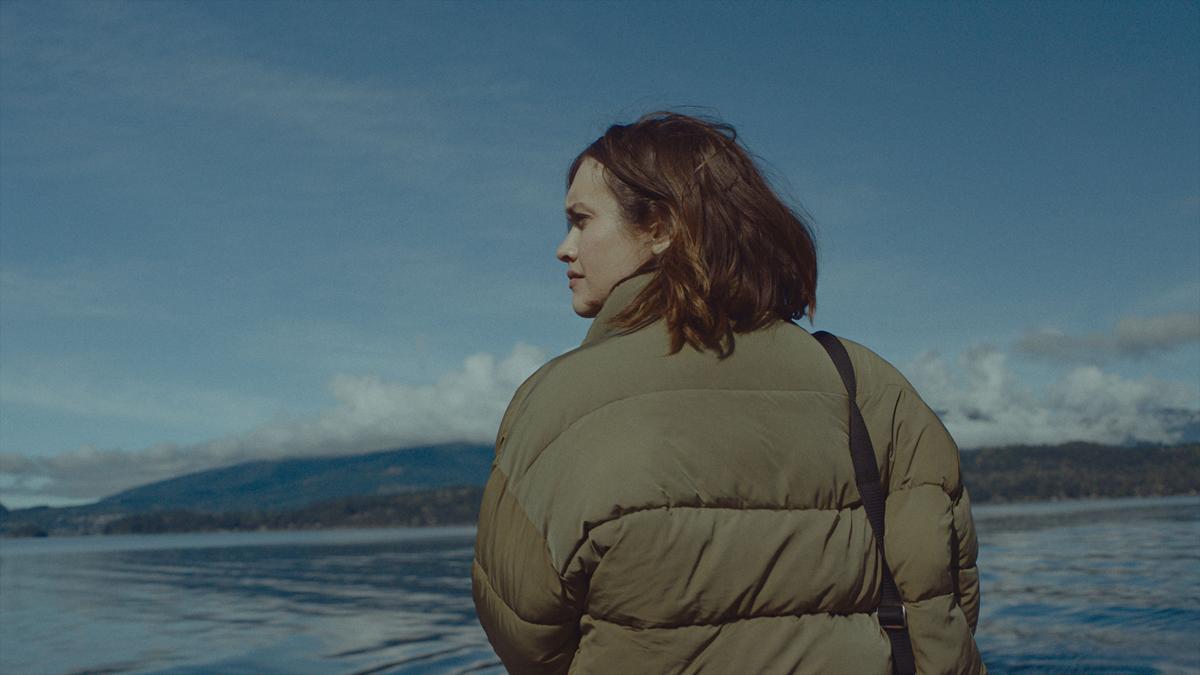 A lot of critics will tell you that Little Fish came out at the right time. Although the source material predates the COVID-19 pandemic, the parallels are nevertheless striking. This sci-fi drama focuses on a memory-erasing virus that begins to target the entire world. Little is known about the virus. That being said, it can affect anyone at any time.

Though there are similar films, Little Fish stands out among the crowd because it focuses on one individual couple. The film isn’t concerned with the large-scale effects of the virus; it wants viewers to see how it changes the lives of Emma and Jude. This is a particularly effective method of storytelling because you are tasked with following these characters’ lives as they learn to cope with the virus firsthand.

You see their everyday routine, and you see it morph as the virus starts to upend everything they hold sacred. It is, no surprise, a gut-wrenching experience. On the other hand, the emotional resonance can’t be understated. This film will hit you like a brick, and if you can handle the melancholic mood, you will find something truly worthwhile. 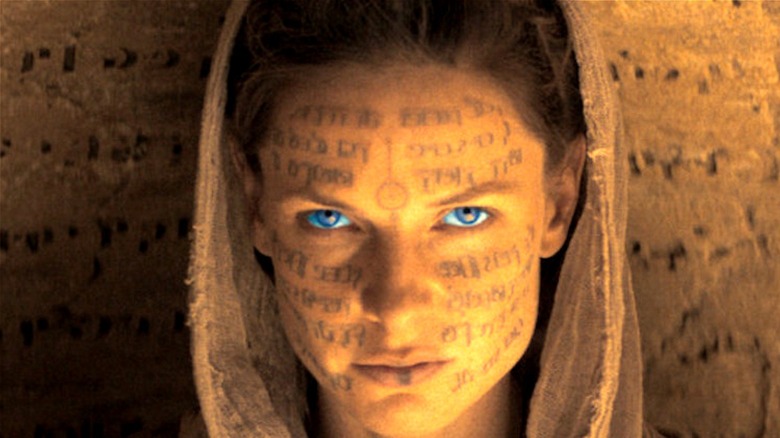 For years, people claimed that Dune, Frank Herbert’s landmark science fiction novel, was unfilmable. Given the quality of previous attempts, that makes sense. Many have tried to bring the epic story to the big and small screen, and many have failed. Alejandro Jodorowsky, for example, couldn’t even get his adaptation made. Meanwhile, other attempts were met with scathing reviews. The question of its adaptability, or lack thereof, became a lot murkier when people learned that Denis Villeneuve would be helming the next adaptation.

Since the early aughts, Villeneuve has released nothing but critical success stories. Even his “weaker” films, like Enemies and Polytechnique, have managed to captivate the most jaded viewers. Basically, cinephiles have come to the conclusion that this is a director that simply can’t miss, even when he’s tasked with filming the unfilmable.

The stakes were high from the very start, but Villeneuve’s adaptation of Dune is about as perfect as it possibly could have been. For starters, this is the least truncated adaptation of the source material. Herbert’s original novel is far too dense to fit into a two-hour movie, so this film acts as part one of a two-part series.

By choosing to adapt roughly two-thirds of the novel, there’s more “breathing room” compared to previous adaptations. There’s more room for exposition, character development, and world-building. This is essential because, frankly, Dune is not the most accessible story. Rather than diving head first into the plot, Villeneuve and company help ease viewers into Herbert’s complex world.

On top of that, it manages to capture everything that makes the novel interesting. The high-stakes politics aren’t sacrificed for over-the-top action. This is fundamentally the same story as it’s always been, and that story has earned its place in the grander pop culture zeitgeist. In other words, this is the Dune you know and love; it’s just on the big screen.