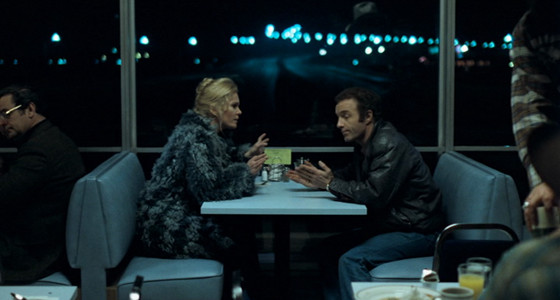 Landing a role in a high-profile masterpiece is something any actor should be thankful for. In the case of James Caan, he happened to be in two in less than a ten-year span — experiencing the rarefied air of a select few silver screen legends. If it weren’t for ‘The Godfather’ — and it’s a big if — Michael Mann’s sleek debut would be the runaway pick for the best film in his catalog.

The late seventies and early eighties saw countless of pitch-black crime dramas hit the multiplex, but ‘Thief’ still remains on a league of its own. Set against the backdrop of Chicago’s neon-soaked underworld, the film centers around Frank, a weathered jewel safecracker who’s looking for one last big score before calling it quits and riding off into the sunset with his cashier girlfriend. However, leaving his criminal life behind proves easier said than done. The film feeds off Caan’s desperation, whose facade of steely bitterness hints at a softer, remorseful side. Watching him move heaven and earth to bring his dream life to fruition is thoroughly exhilarating, in no small part thanks to Caan’s electrifying performance in what might very well be his finest hour.

Kathy Bates might have ended up with the lion’s share of accolades during the 1990 awards season — including a Best Actress nod at the Oscars — but James Caan’s performance is nothing to sneeze at either. Paul Sheldon, the lead role for this Stephen King adaptation, was an unprecedented challenge for the actor, who until that point had mostly interpreted assertive, muscular macho men who were capable of barging their way out of any trouble almost by sheer force alone. In contrast, here he finds himself helplessly vulnerable as a bedbound writer who’s being kept hostage against his will by a lunatic fan of his bestselling novels.

With nothing but his wit to outsmart this deluded kidnapper, we witness his character leave no stone unturned in hopes of breaking free — often to no avail. ‘Misery’ is rightfully cited as one of Caan’s most understated performances, and its cautionary tale on the dangers of ‘stan’ culture feels surprisingly urgent in our present time (one wouldn’t blame George R.R. Martin for having similar fever dreams). 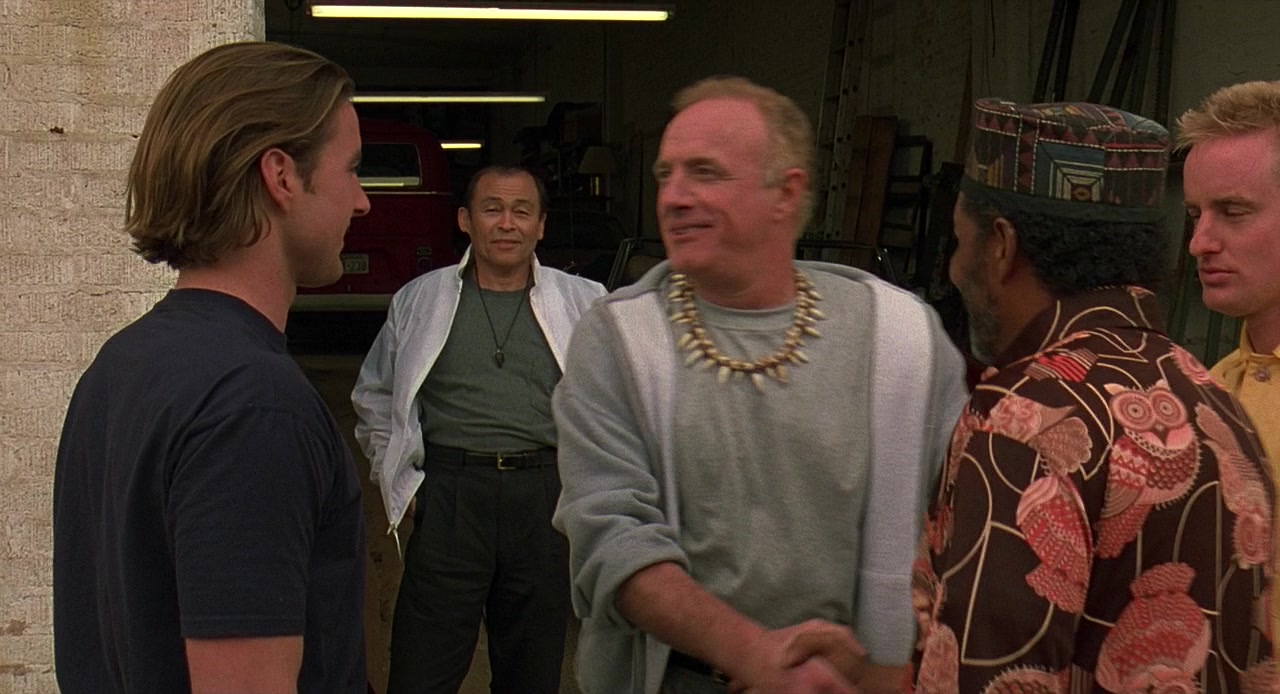 As the turn of the millennium drew closer, Caan had no choice but to take supporting roles with his best acting years far behind him. Enter Wes Anderson — a quirky Texan director with a penchant for gaudy production design, verbose characters and zany humor that would spearhead a new wave of American filmmaking in the following twenty-five years. But by the time his feature debut hit the theaters in the spring of 1996, nobody knew about him nor the Wilson brothers who starred as co-leads. James Caan was the only established name in the entire cast and easily the film’s biggest commercial draw, which makes his decision to attach himself to the project a bigger gamble than it might seem in hindsight.

The director hadn’t found his footing just yet, but he still managed to give Caan plenty of material to shine as Mr. Henry, a shady businessman who befriends an inexperienced group of crooks, showing them the ropes before revealing himself as a two-timing criminal mastermind. 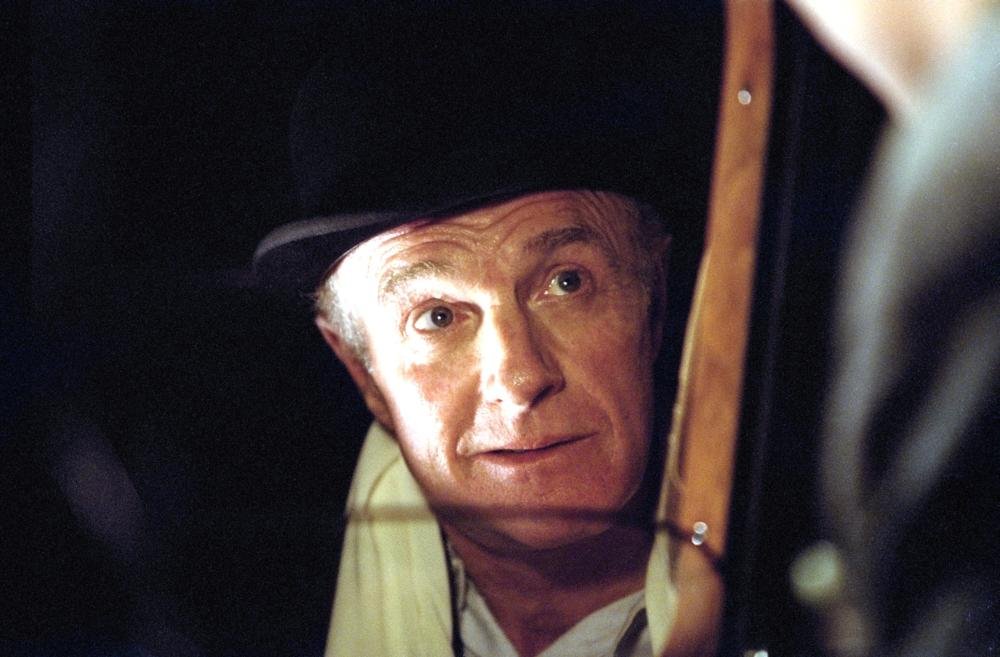 They say that good things come in small packages. When it comes to acting, the best to ever do it didn’t need much screen time to make their mark on any given film. This rare virtue applied to the late James Caan, who never failed to make an impression regardless of how small his role was.

In ‘Dogville’, Lars von Trier’s scathing portrait of evil, greed and mob mentality, the actor made the most out of a limited cameo as a powerful mobster officially credited as ‘the Big Man’. The story takes place in a small Colorado mining town where a desperate runaway (Nicole Kidman) finds refuge before things start to go south. Much of the film’s brilliance lies in how it keeps the viewer guessing, throwing curveballs until an incendiary final revelation. A lot of this momentum hinges on Caan’s grand entrance during the climax of the film, and it definitely pays off. With little to no lines, Caan conveys a sense of menace and authority that more than justifies the two-hour long buildup for his arrival and single-handedly shifts the balance of power within the story. 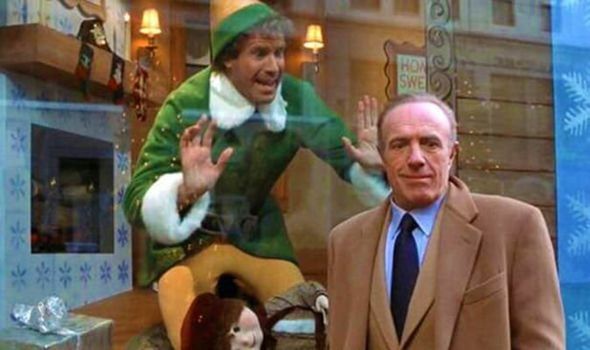 Bookending a list full of renowned classics, testosterone-heavy dramas and hard-boiled crime thrillers with Jon Favreau’s seasonal comedy might come a bit out of left field. We’re not ready yet to reclaim ‘Elf’ as a misunderstood masterpiece in the same ballpark of, say, ‘Misery’ or ‘Thief’. But for better or worse, the fact remains that millions of young viewers were first introduced to the legendary actor through this Christmas staple.

James Caan plays Walter Hobbs, a grizzled book publisher based in New York City who sees his buttoned-up life turn upside down after a 6-foot man-child wearing a green elf costume (Will Ferrell) shows up at his door claiming to be his biological son. In many ways, it feels as if Caan is playing an alternate, grumpy version of himself, imbuing his character with a gruff rigidness that perfectly balances out Ferrell’s over-the-top shenanigans. As long as it’s approached with the right frame of mind, watching Walter slowly warm up to his goofball son can warm even the most cynical heart.