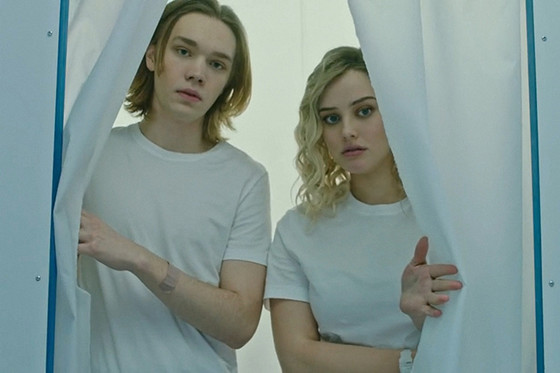 Heathers, Election, Saved – these are the pitch black teen comedies that have stood the test of time. They took the relatively sugary sweetness of your average John Hughes movie and threw it out the window. In its place, there’s enough nihilism to satisfy a typical angst-ridden teenager. Many have tried to copy this style of humor, and sadly, many have failed. Spontaneous is not one of those failures. In fact, the directorial debut of Brian Duffield is a cult classic in the making.

In Spontaneous, an ordinary high school is rocked by an event that is anything but ordinary; members of the student body start to explode at random. This isn’t a misnomer or anything. The students literally explode one after the other, and to make matters worse, there’s no concrete reason why.

From the first spontaneous combustion all the way to the end, people are losing people they love, and this isn’t the type of movie that shies away from putting that into perspective. It’s not as if every character immediately moves on after a death scene. No, it all lingers until the credits roll. On the one hand, Spontaneous is legitimately funny. At the same time, it handles grief in a way that feels so unique to the genre. 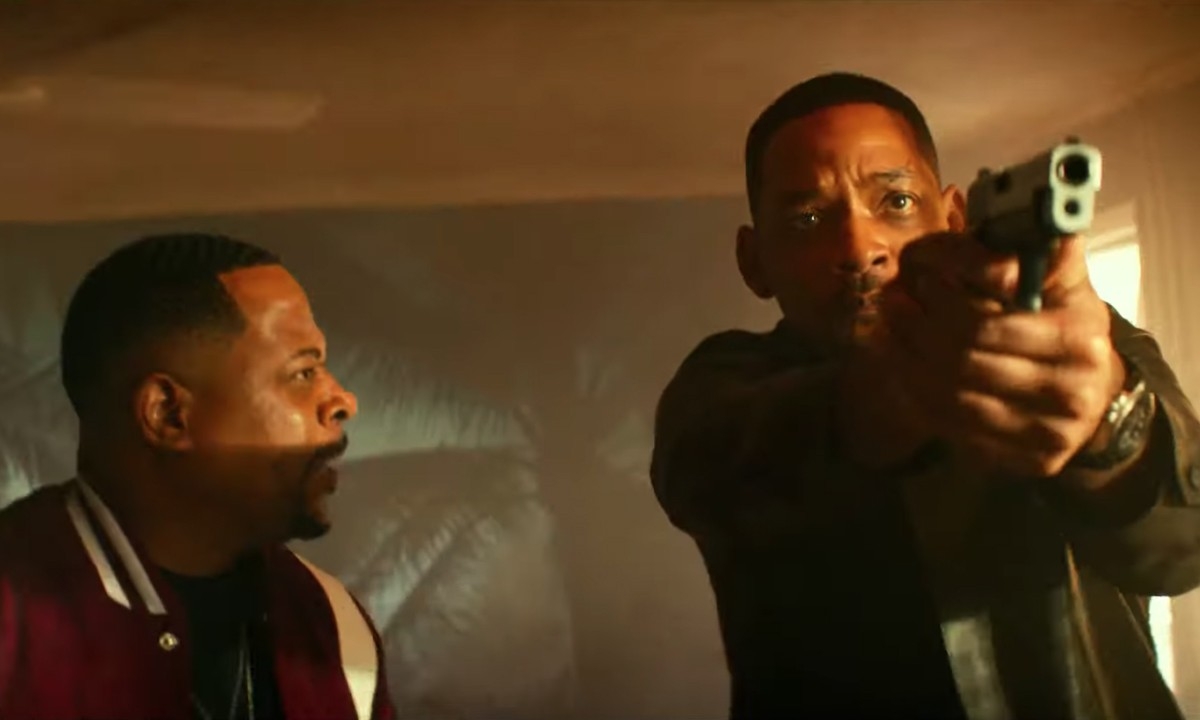 Bad Boys has never been the most well-regarded action franchise. Both the original Bad Boys and its sequel are firmly in rotten territory on Rotten Tomatoes. Critics found that, while the pair of action comedies had some pleasurable moments, they were mostly incomprehensible when it came to storytelling. That being said, the user reviews have always been far more positive. The series clearly has a following, and that’s exactly why fans finally got a third entry after a seventeen-year wait.

Unlike the first two entries in the series, Bad Boys for Life has done well with critics and the general public. It’s not exactly Shakespearean, but it arguably did what Fast Five was able to do nearly a decade ago; it took a franchise oozing with potential and tightened a few screws. They didn’t completely change the formula or anything. On the contrary, this is very much a Bad Boys movie. The difference is that this is a more streamlined experience that knows its strengths and doubles up on them.

This is a series that has always benefited from the chemistry between its two leads, so naturally, Will Smith and Martin Lawrence banter in-between eye-popping set pieces. The action, dialogue, and visual effects feel like significant upgrades compared to the previous films in the series. Sure, they had over a decade to think things through, but when Bad Boys for Life is compared to so many other late-to-the-party sequels, it’s a miracle that it turned out to be so enjoyable.

8. Color Out of Space

H.P. Lovecraft is one of the most acclaimed horror authors to ever set foot on planet Earth. His vast collection of written material spans decades, and his influence is undeniable.The man has a whole subgenre of horror named after him. His style is so fundamentally distinct that we have to use his name as an adjective to describe anything remotely resembling his various creations. With all of that being said, you’d think Hollywood would know what to do with his work.

Good Lovecraftian adaptations exist, but they’re frustratingly hard to find. It’s not that most of these adaptations are bad; it’s more that few of them are actually good. The Resurrected, Castle Freak, and Dagon didn’t take home any Razzie awards. Unfortunately, they didn’t leave much of a lasting impact either. This is the case with a lot of Lovecraftian adaptations. They’re stuck in a weird limbo between bad and good; they’re content with being aggressively average.

It seems like directors and writers rarely know what to do with the author’s material. Should it be campy or serious? Over-the-top or subtle? Color Out of Space finds an odd balance between, well, everything. It’s more campy than serious and more over-the-top than subtle, but it’s still a movie that skillfully juggles different tones. One minute, it’s brash and in-your-face. The next minute, it’s strangely melancholy.

This is all on top of skilled direction and a mesmerizingly odd performance courtesy of Nicolas Cage. Maybe it’s not the horror movie of the year, but it’s still wacky for all the right reasons. More importantly, it just works. 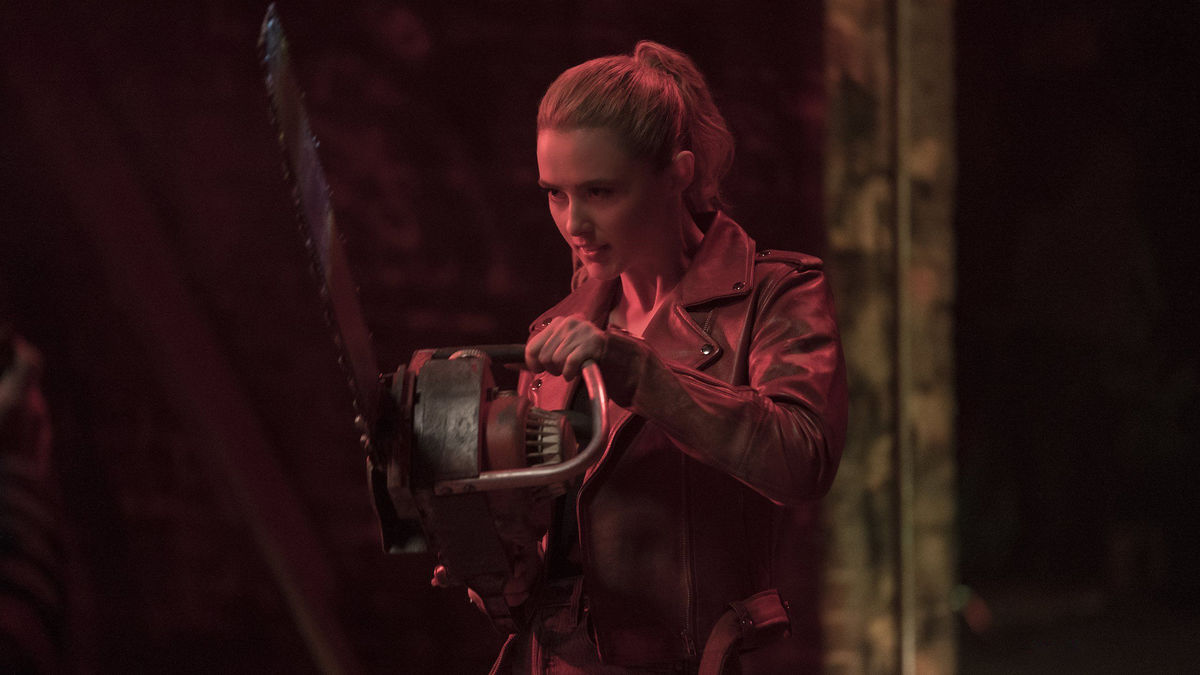 After a couple early-career stumbles, Christopher Landon made a name for himself with the two Happy Death Day movies. The concept was simple: turn Groundhog Day into a ridiculous slasher comedy. It shouldn’t have worked. It had no right to be good. The PG-13 rating alone should have been the nail in the coffin, but somehow it turned out okay. Actually, it turned out more than okay. Both Happy Death Day and its sequel brought so much life into a subgenre characterized by a lack of personality. It’s hard to deny Landon’s success with this one-two punch, but who could’ve predicted that such a similar approach to filmmaking would once again captivate horror fans around the globe?

Freaky, Landon’s latest release, takes the template of a popular film and adds a splash (or maybe a tidal wave) of horror. It worked with Happy Death Day, and through some kind of divine miracle, it works with this film. If the title didn’t make things crystal clear, this is a spin on Freaky Friday. The most basic version of the story has been done to death. There are two theatrical releases, two made-for-tv movies, one musical, and the children’s novel that started it all. These iterations all have merit, but they don’t have heaps of gore or Vince Vaughn. Freaky has both.

By dropping the PG-13 rating in favor of a nastier R rating, Landon’s latest feature immediately finds a way to set itself apart from its older sibling. While the teen humor is still there, this is a decidedly nastier product. Viewers get to see every glorious detail as characters get stabbed, bludgeoned, and trampled. This increase in edge luckily doesn’t result in a decrease in entertainment.

Freaky has a wicked sense of humor, and that’s consistently heightened by a bevy of stellar performances. Vince Vaughn sticks out the most thanks to his genre-defying performance as a teenage girl trapped in a grown man’s body, but it’s disrespectful to sleep on Kathryn Newton, Misha Osherovich, and Celeste O’Connor. They’re not quite as transformative, but they still manage to chew the scenery. This cast of talented individuals enhances an already impressive script, resulting in one of the most purely enjoyable horror movies of 2020.

10. Vampires vs the Bronx 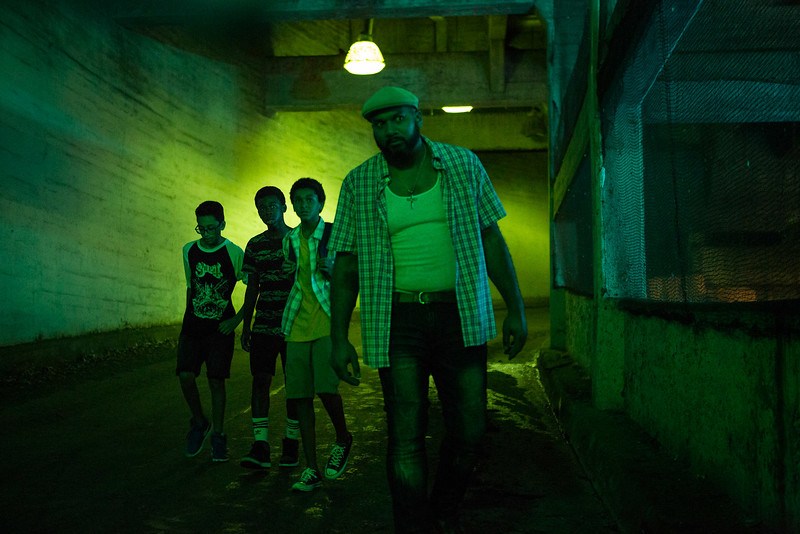 Nothing about Vampires vs the Bronx appeared to be alarmingly bad; it all just looked a tad bland. This is largely due to its all-too-familiar premise. Trailers and summaries present a teen horror-comedy about some kids who desperately want to prove the existence of vampires in spite of the town’s doubts. The pesky adults are, of course, incorrect. New York City is jam-packed with vampires, and it’s up to a noble gang of adolescent misfits to set the record straight.

This is not a reinvention of the genre. In a lot of ways, the story goes exactly the way you expect it to. This would be a much bigger issue if the film were a heartless cash grab meant to keep teeneyboppers entertained, but that’s not the case. Say what you will about the formulaic nature of the storytelling, but the execution is damn-near flawless. When everything is done so well, it becomes difficult to complain about more arbitrary issues.