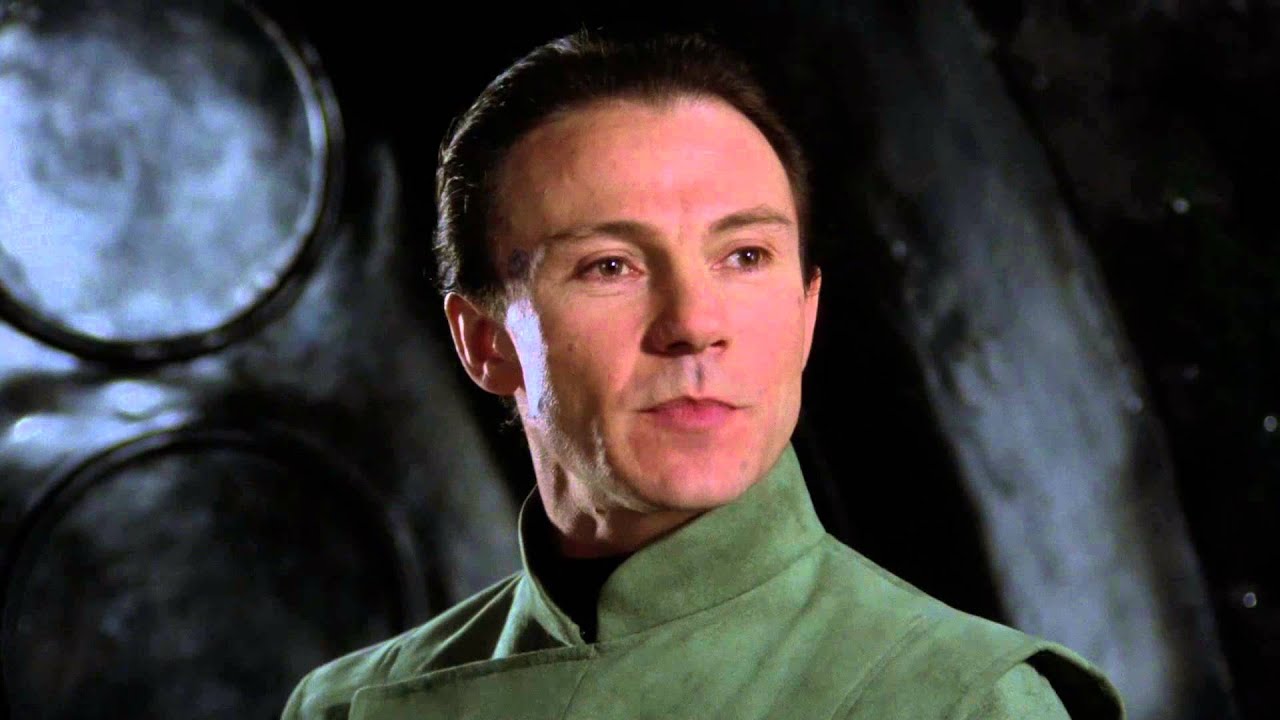 The science fiction genre has provided constant wonder and excitement since the early days of cinema when George Méliès flew rockets to the moon. The genre ranges from a time when the fanciful science of invisible men and homemade monsters thrilled audiences, to the paranoia-induced UFO movies of the 1950s, the stillness of space in the seventies with Silent Running, and the sci-fi action of Arnie in The Running Man. 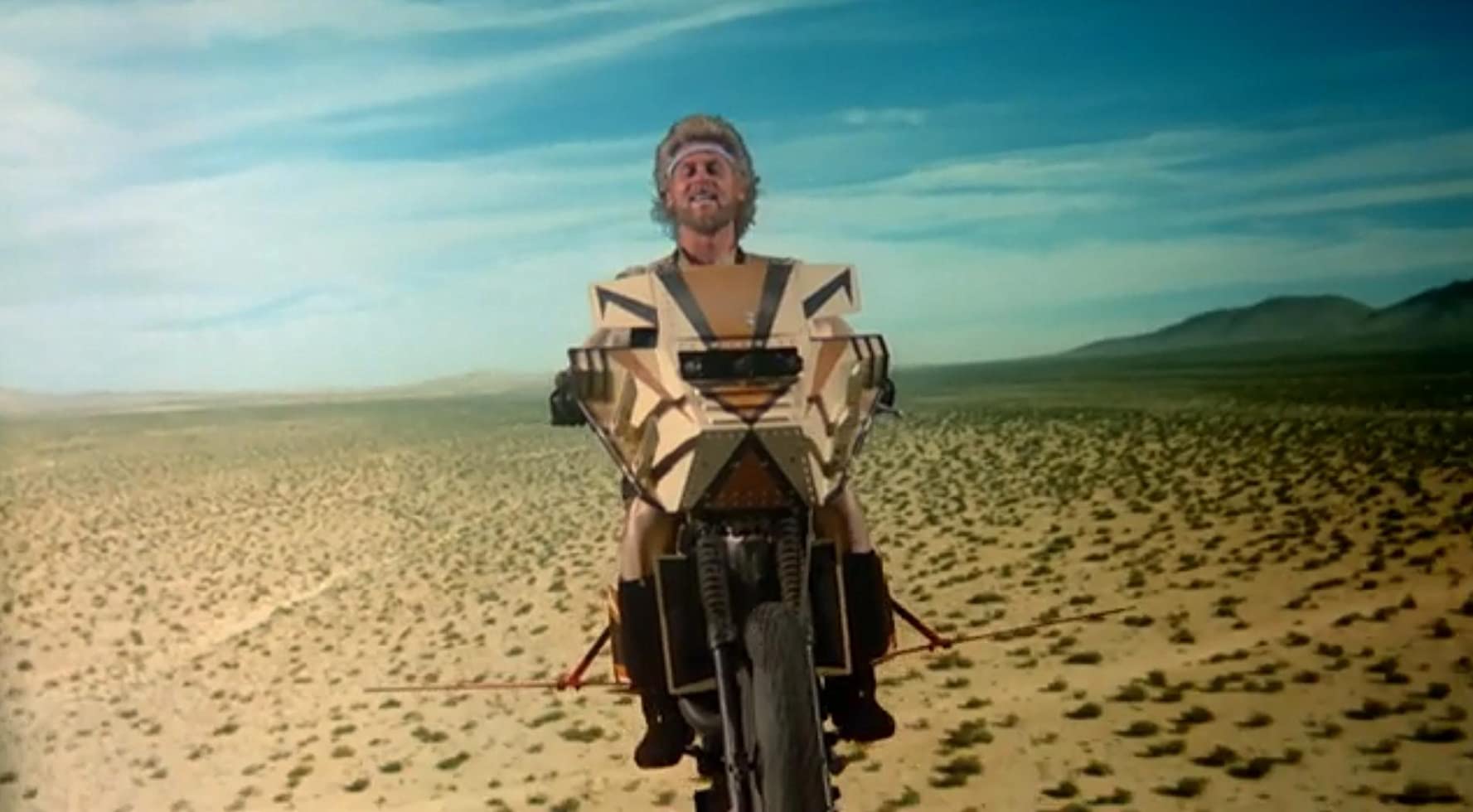 Looking like he has just walked off the set of Xanadu, Barry Bostwick (of Rocky Horror fame) is Ace Hunter, leader of Megaforce, a “phantom army of super-elite fighting men”. Between the explosions and endless chases, there’s a threadbare plot involving the peaceful country of Sardun and the danger of invasion from a neighbouring country, led by bad guy Guerera (Henry Silva), who drives around in a big tank. Searching for help, Major Zara (Persis Khambatta) and General Byrne-White (Edward Mulhare) hire Megaforce to come to the rescue.

The Megaforce army of spandex-clad soldiers, led by Barry Gibb lookalike Ace Hunter, ride around in rocket-firing motorbikes while spouting dialogue such as “the good guys always win, even in the 80s”. The screenplay also forces a sickly romantic alliance between Ace and Major Zara, leading to a skydiving sequence that unfortunately echoes Carry on Emmannuelle four years earlier. Unintentionally hilarious, Megaforce certainly has its tongue planted firmly in its cheek throughout, with the cast list reading like a B-movie hall of fame; Henry Silva, Persis Khambatta, Michael Beck and Barry Bostwick, all of whom never fail to entertain.

Unsurprisingly, with a back catalogue including Smokey and the Bandit and The Cannonball Run, former stuntman turned filmmaker Hal Needham allows Megaforce to have as many bike and vehicle chases as humanly possible. Although ripe for parody (if that was even necessary), Megaforce is so categorically silly, it’s hard not to enjoy the flying motorbikes, idiotic dialogue and sub-A-Team violence.

After spending nearly three decades utilising the film grammar of Alfred Hitchcock in a mixed bag of cult classics (Sisters, Dressed to Kill, Body Double) and prize-sized turkeys (Phantom Of The Paradise), director Brian De Palma delved into the world of science fiction with the much-maligned Mission to Mars.

It is 2020, and on the surface of Mars a group of astronauts encounters an intense burst of energy, leaving three astronauts dead and one stranded on the planet’s surface. A rescue mission led by Woody Blake (Tim Robbins) and Jim McConnell (Gary Sinise) is swiftly set up, with the rescue team ultimately finding more on Mars than their stranded astronaut.

After the release of Mission to Mars in early 2000, De Palma left the studio system behind him to ply his trade in Europe, where he focused on smaller film projects for the next twenty years. De Palma leaves behind an enjoyable slice of sci-fi, with his trademark mix of stylish camera movements and visual flourishes.

Unlike the more action-orientated Red Planet, released the same year, Mission to Mars offers some lofty ideas regarding the human race and its place in the universe. Okay, the ideas and themes threaded through the screenplay fall a bit short. But aided by a beautiful score by Ennio Morricone and some solid performances by Gary Sinise, Don Cheadle, and Connie Nielsen, Mission to Mars still takes you on a journey of brave explorers, enduring friendships, and the mysteries of an unexplored universe. 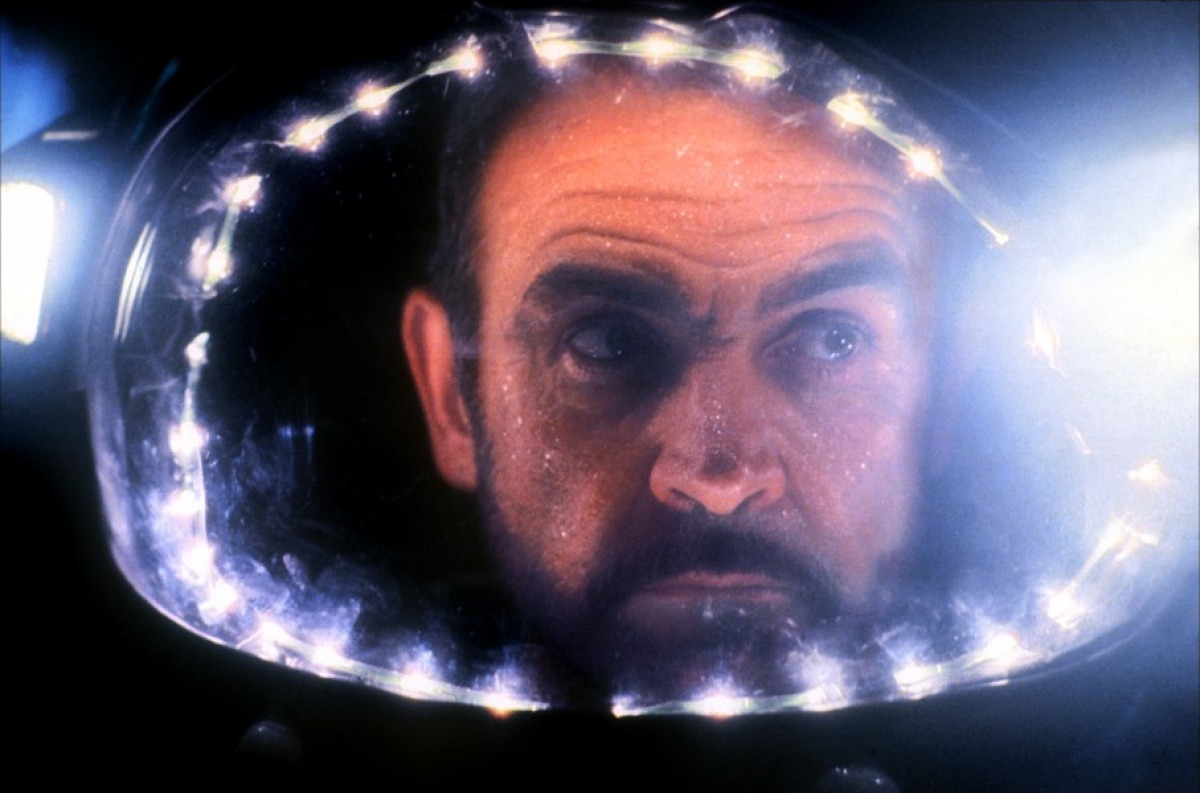 By the early 1980s, Sean Connery’s career was lost somewhere between his earlier leading-man career of James Bond in the 1960s, and his much later father-figure roles in Highlander, The Name of the Rose, and quite literally playing a father in an Indiana Jones sequel.

After a few recent misjudged attempts at playing a more mature leading man in The First Great Train Journey, Meteor and Cuba, Connery fits the bill in Outland as a police marshall with more integrity than friends. Assisted with a great-looking hairpiece and some designer stubble, Connery is perfectly cast as a police marshall who stands in the way of a narcotics ring in a mining colony on Jupiter’s third moon.

Outland deliberately channels Fred Zinnemann’s High Noon as it is based on the same premise but this time set in outer space. It’s also worth considering that Outland feels as if it may belong in the same cinematic universe of Ridley Scott’s Alien, released two years earlier. Outland’s cold, industrial set design, weary blue-collar workers, and excellent music score by Alien composer Jerry Goldsmith only help strengthen this fanboy theory.

If not viewed as an unofficial companion piece to Alien, Outland is a perfect example of Sean Connery in transition from leading man to older statesman of Hollywood. Brought to the screen by the underrated journeyman director Peter Hyams, Outland is a slow-burning sci-fi classic, with brilliant use of Steadicam and some cool, if dated, special effects. 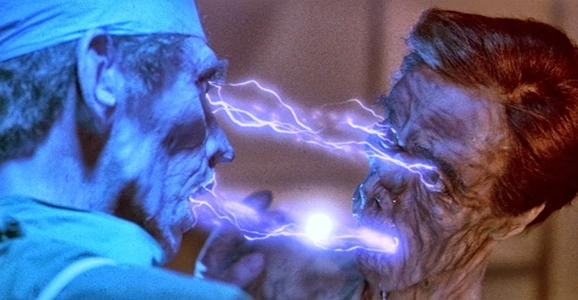 Brought to the screen by Poltergeist director Tobe Hooper and written by Alien writer Dan O’Bannon, Lifeforce is a cult favourite that still manages to entertain nearly forty years after its release. Based on the novel The Space Vampires by British writer Colin Wilson, the crew of the space shuttle Churchill is approaching Halley’s Comet and finds a vast spaceship filled with dead bat-like creatures. Also on board the strange ship are three humanoid bodies, one of which is female. The humanoids are brought back to Earth, with the female humanoid strolling around naked, sucking the life force from anyone that tries to stop her.

Lifeforce was part of a trio of turkeys that director Tobe Hooper produced for the Cannon Group in the mid-1980s. The other two were the dreadful remake of Invaders from Mars and the misjudged sequel to Hoopers’ Texas Chainsaw Massacre. Scorned by critics and ignored by the public, Lifeforce could have been something exceptional; imagine if Hammer or Amicus had an insane budget and a plush music score by Henry Mancini.

Well, unfortunately, the reality is something decidedly barmy but perfect for a dull weekend at home. The performances, particularly from Spooks actor Peter Firth and Irish actor Frank Finlay, are pretty solid throughout. Most of the optical effects are still impressive, and the destruction of London, while echoing Hammers Quatermass and the Pit twenty years earlier, is well realised. 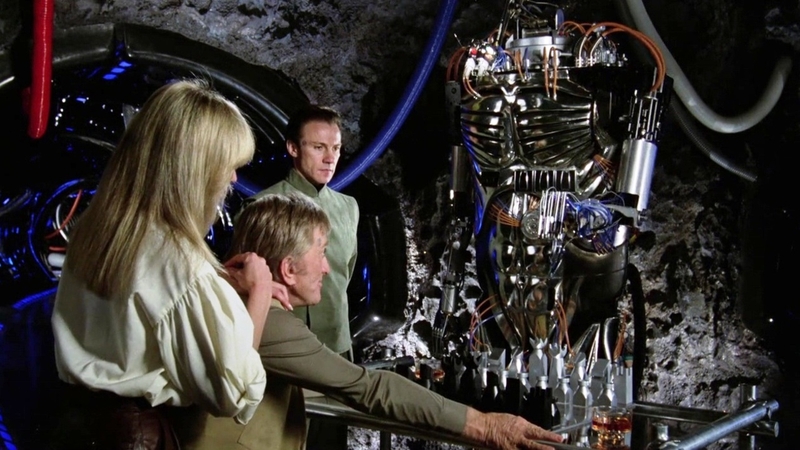 Produced around the same time, Raise the Titanic sunk Lew Grade’s hopes of being a successful movie mogul. Saturn 3 features a grizzled Kirk Douglas and a post-Charlie’s Angels Farrah Fawcett as May to December couple Adam and Alex. The two lovebirds live happily on a small space research station near Saturn, helping to find food for a hungry and overcrowded Earth.

The film kicks things off proper with a nod or a direct lift from Star Wars, as a giant spaceship flies overhead in which a psychotic villain called Captain Benson (Harvey Keitel) kills Captain James, taking his place en route to Adam and Alex.

Once there, Captain Benson takes a fancy to Alex and an awkward love triangle develops as Benson becomes Baron Frankenstein in space and builds a giant monster-style robot.

Singing in the Rain director Stanley Donen would not be anyone’s first choice to direct a sci-fi epic in space. Indeed, production designer John Barry, who had made his name in a series of seminal seventies classics (A Clockwork Orange, Star Wars, Superman), had developed the original concept for Saturn 3, with Stanley Donen originally on board as a producer.

However, shortly after filming commenced, Barry was replaced and Donen took the project in a different direction. Saturn 3 is a goofy sci-fi film with more plot holes than black holes, saddled with a dubbed Harvey Keitel, a lovesick robot, and a naked Kirk Douglas.