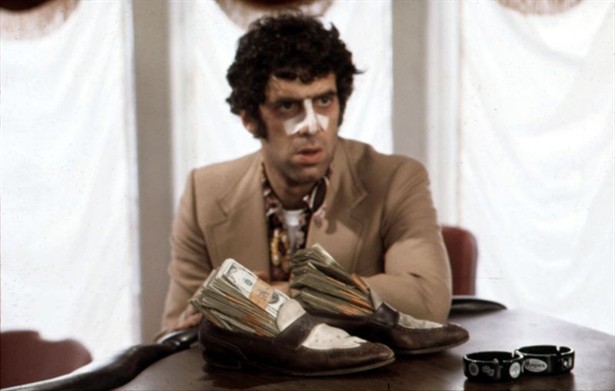 Elliot Gould’s 1970’s career is one that can be paralleled to the other seminal actors of the era due to the amount of quality films he made in just a decade. Many of the characters he plays are not the typical strong and loyal hero, but something leaning more towards the anti-hero or even slacker hero. They are many times lazy, greedy, cynical, self centered which is why he isn’t the typical protagonist lead that one may think as stereotypical, but still undoubtedly the unsung leader of 1970s’ cinema. Growing up in Brooklyn and starting his career on Broadway, these New York traits shine through many of his performances.

Starting the 70s out with Bob & Ted & Carol & Alice, M*A*S*H, and Getting Straight, Gould launched himself into stardom early in the decade and repeatedly churned out quality film after quality film. Always unique, Gould never followed suit of anyone else giving the audience some of the most enjoyably unorthodox characters of all time.

The first film on this list comes at the tail end of Gould’s 70s’ filmography. Capricorn One is the definition of what a guilty pleasure movie is. Capricorn One is a good movie, but there is a lot holding it back from being a great movie. For those who aren’t familiar with the film, the story follows a staged studio filmed moon landing by the government and all of the characters who are tied to the conspiracy. The main problem is there are so many story lines running parallel to each other, that too much gets lost in translation and these paths are never fully tied together. Even with the said problem, Elliot Gould’s performance is one of the highlights of the film.

Gould plays Robert Caulfield, a journalist whose goal is to expose the fake moon landing attempt. His storyline plays as a paranoia thriller where government agents are racing to kill him before he exposes the conspiracy. Gould’s performance is a little more reserved here than in other roles we have seen him in. Director Peter Hyams made the decision to eliminate Gould’s signature wit, where the Caulfield character is sternly serious. Gould was the top billed actor in the film and it is a very close call whether him or James Brolin is the main character, but even as Gould is surrounded by Sam Waterson, Hal Holbrook, Karen Black, Telly Savalas, and others he still stands out as one of the best performances of the film. Capricorn One is a mixed bag, but an incredibly entertaining mixed bag that fits in as an essential to Gould’s career. 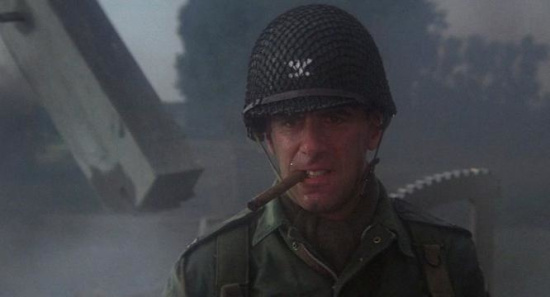 Richard Attenborough’s A Bridge Too Far may have the single best cast of any film in the 1970s’. One of the most astonishing things about the film is that it stars Robert Redford, Gene Hackman, Sean Connery, James Caan, Michael Caine, Lawrence Olivier, Anthony Hopkins and so many others, but somehow Gould manages to steal every scene he is in. The audience will find themselves wanting him to come back into the spotlight during the nearly three hour runtime. He manages to carry his wit while mixing the grit of war into the character with intentional grace.

For those who haven’t seen the film, it is a semi-fictionalized account of World War II Operation Market Garden. Gould plays American Colonel Robert Stout who is based on the real life Lieutenant General Robert Sink. Every scene Gould is gruff with a huge cigar hanging out of his mouth, but manages to steal the show with sharp one liners. The film is long, at almost 3 hours, many will find it hard to get through, but the plot line that rewards viewers as being most entertaining is undoubtedly Gould’s. Gould being the sixth billed does not nearly come close to having the most screen time, but manages to be one of the most memorable things about the film. 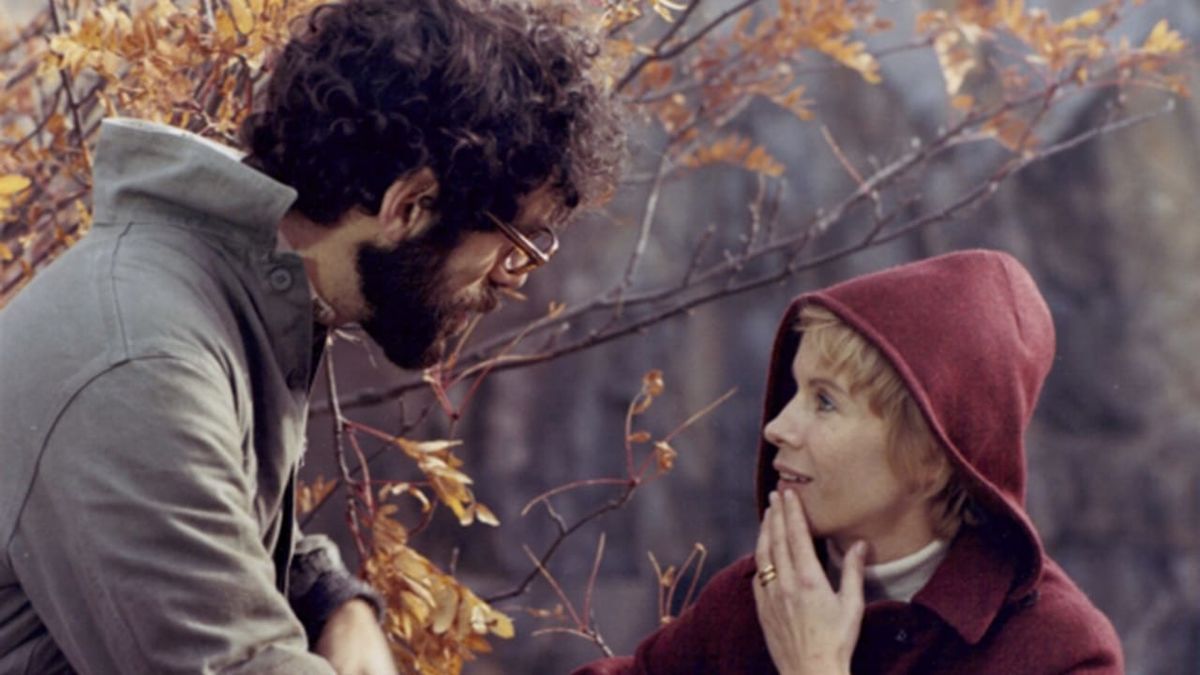 The Touch is a strange film for Elliot Gould and a strange film for Ingmar Bergman. Not that The Touch is an overly bad film or an overly good film, it just doesn’t fall into Gould or Bergman’s stereotypical films. At the time, Gould received the honor of being the first American actor to ever be in a Bergman film. This was a huge deal in the world cinema scene, where Bergman was one of the highest regarded auteurs at the time. After Bergman saw Getting Straight, he sought Gould for the role of David Kovacs and Gould does not disappoint.

The film follows Gould as an archeologist in a European country as he begins to have an affair with a married woman that he meets. Gould’s character begins as a somewhat reserved intellectual and as the film moves his character becomes more aggressive and overbearing. Not necessarily a traditional romance film, the film never feels comfortable as Gould becomes more and more unhinged as the film moves on. At the time of release, the film received mixed reviews and bombed financially, but it was a hard sell for American cinema goers especially for many who weren’t familiar with Bergman’s previous work and were left utterly disappointed. Gould’s performance can still not be snubbed here and the film has found more exposure with the help of a Criterion release in 2018. 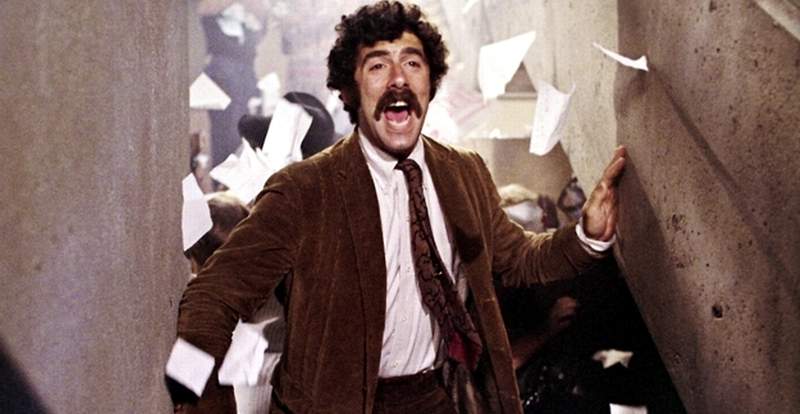 Within just a few months around 1970 filmgoers saw multiple films about hippie counterculture on college campuses. With a peaked interest in the counterculture, studios realized they could cash in with the success of Medium Cool so films like Getting Straight, Zabriskie Point, The Strawberry Statement, The Revolutionary, RPM, and The Magic Garden of Stanley Sweetheart were released one after the other. Zabriskie Point is probably the most popular of these films, but depending on viewer perspective Getting Straight could arguably be better. The film feels like a less pretentious and more comfortable version of Zabriskie Point. Releasing just a few months after M*A*S*H, Americans were ready to see more of Gould and he gives a great performance here.

Getting Straight follows Gould as Harry Bailey, a graduate student at a university where there is heavy student unrest due to the current political climate. The films main conflict is the morality struggle as to how involved Bailey should become in the protesting since his goal is to become a professor at the college. Gould’s persona that he is famous for fits the character perfectly. The viewer knows he is incredibly intelligent, but he comically plays off his morality crisis leaving us to see that he does not have all of the answers. Gould’s performance in Getting Straight is one of the critical catalysts in making him a household name throughout the 1970s’. 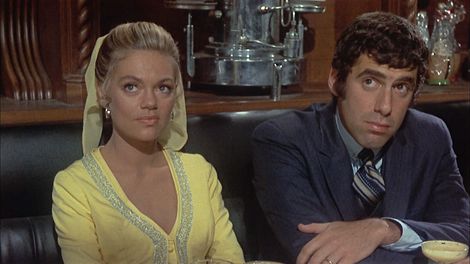 Bob & Ted & Carol & Alice came out at the very tail end of 1969, but the film set up Gould for everything that would follow through his career in the 1970s’. Most Americans did not even see the film until 1970 due to the pre-megaplex way pictures were released at the time, so one can argue this is the first crucial and era defining film of the 1970s’. In 1970, Gould had a triple home run with Bob & Ted & Carol & Alice, M*A*S*H, and Getting Straight being released in that order within six months of each other and if it wasn’t for that unbelievable succession he may not have had the same career path. Bob & Ted & Carol & Alice is also the first and only film that Gould has ever been nominated for an Academy Award for.

Possibly the most defining picture of Paul Mazurksy’s career, the film follows two couples who are best friends and the sexual exploits that they experience together. Releasing at the perfect time, Americans were beginning to become more accepting of the counterculture and a more bohemian way of living leading to the film being a gigantic success both critically and financially. Gould plays Ted Henderson, where he and his wife Alice are a more traditional couple, but as the film progresses we see Gould’s character become more open to changing values. The performance by Gould received universal praise, earning him an Academy Award nomination for Best Supporting Actor and he delivers with an earnest charm, wit, and empathy.