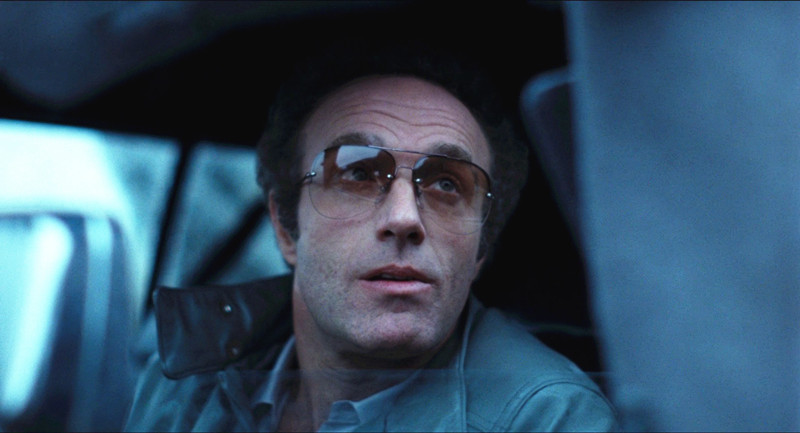 Many years can be considered redefining for the crime genre due to one or even a few films that are absolute masterpieces. For example, we can say 1971 because of The French Connection or 1972 because of The Godfather, but no other year has a stacked list of crime films that are not only still influential today, but signaled a changing tide in the genre itself. Not every film on this list is a masterpiece (even though it can be argued that the top three are flawless), but each film on this list does have merit and a certain originality and inventiveness that makes them stand out. The films also range in sub-genres where there is film noir, police dramas, legal procedurals, Hitchcockian conspiracy thrillers, and even a lawless biker film.

As the New Hollywood era started to fade, most notably with the flop of Heaven’s Gate, a new originality emerged where many of the films on this list seem smaller and fresher than what came at the tail end of the 1970s’. Crime is a genre that has been around since the birth of film, but the films that came out in 1981 altered how crime films could be made, making it the best year to date for the genre. 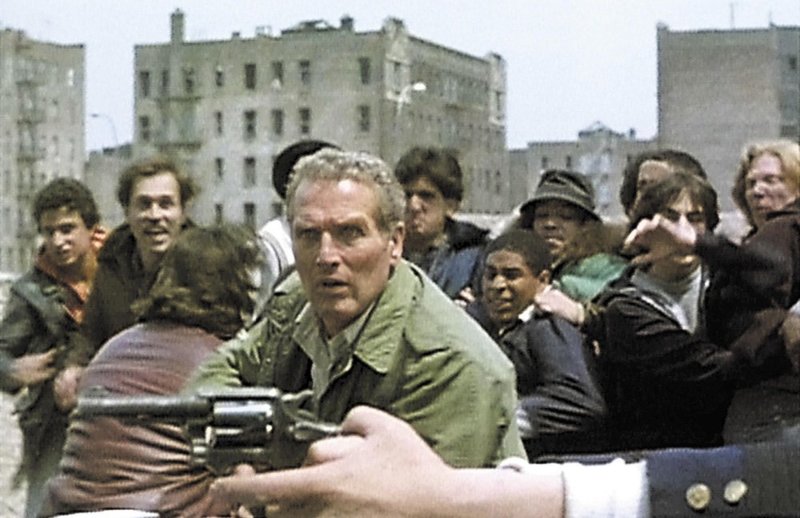 An underseen and under discussed police drama that would make a great double feature with the next film on this list is Daniel Petrie’s Fort Apache, The Bronx. Edgy and tense the film follows Paul Newman as a police officer at one of the toughest precincts in The Bronx. The film works on two levels at the top level, it is a day to day police procedural following Newman and his partner as they struggle with daily life. On the second level it is a morality struggle for Newman.

Newman’s character, Officer John Murphy and the film itself benefits entirely from the character not being one dimension which is to be credited to excellent writing and Newman’s veteran acting skills. The viewer sees the character struggle with not only depression and loneliness, but with the choices he has to make on his job everyday to keep his moral high ground. Excellent direction here from Sidney Petrie, who is most notably known for his Sidney Poitier starring masterpiece A Raisin in the Sun. The supporting cast here is also stacked featuring Pam Grier, Ed Asner, Rachel Ticotin, and Danny Aiello.

For those who have not seen the film, it provided groundwork and inspiration a few years later for Hill Street Blues and that truly is what the film feels like. The outdated film has many faults and flaws and it is doubtful that it will ever find a cult audience, but fans of Newman and Hill Street Blues will find their fair share of a distraction here in what seems like a perfect candidate for a midnight viewing. 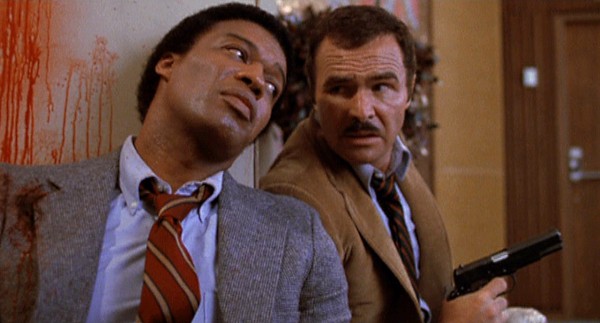 Sharky’s Machine is probably the best film that Burt Reynolds made throughout the entire 1980s’. Most people will probably remember the cover from browsing the video stores in the 80s’ and 90s’, and unfortunately many most likely skipped it comparing it to the horrible films Reynolds made during this time. There is a lot of merit here. The viewer shouldn’t judge the book by the cover. Good dialogue, a good supporting cast, and a smart story boost this to some of the best work Reynolds has ever done, not only acting, but also behind the director’s chair.

The plot follows Tom Sharky (played by Reynolds) as an Atlanta cop who gets demoted after an undercover deal goes wrong. While working under his new job, he uncovers a conspiracy dealing with a high end prostitution ring and the nominee for Georgia governor. Something about the film feels more realistic than a lot of other cop films of the era. Even today, it holds up really well for the most part. Never feeling sitcomish, the film dips into some incredibly dark and violent places.

Acting and directing, Reynolds seems to fit here, he rarely falls into the rhetoric the audience would expect from him. He excels in the director’s chair, with the film taking place and shooting on location in his home state of Georgia. The Atlanta setting never feels like an imitation. The standout performance comes from Rachel Ward , who plays prostitute Domino, who is tied up in the conspiracy ring and also Reynolds’ love interest. Even if you are not a fan of Reynolds’ typical work, there is a lot to like about Sharky’s Machine, especially for crime fanatics.

Now moving on to Paul Newman’s second crime film of 1981 and one that is much better than the previous. Sydney Pollock’s Absence of Malice split critics and audiences straight down the middle upon its release, but the film stands the test of time and there is undoubtedly great filmmaking to be found here. While the film leans more towards legal thriller, criminality is what fills the film, consequentially making it become a legal thriller.

The film follows an alcohol salesman, played by Newman, who wakes up one morning to himself on the front page of the paper saying he is involved in the disappearance of a union representative. The article was written by a young reporter, played by Sally Field, who is so eager to make headlines that she relays the information for a file not meant for her to see on a federal prosecutors desk. What follows is a struggle between Newman and Field and a struggle for their own morality. The terrific performances boost the film to really feel like a class picture. Even the one scene that Wilford Brimley stars in, the performance is so great he steals the limelight from everyone else (Yes, even Newman).

Sydney Pollack’s direction is incredibly smart, especially by playing on what the audience does not know. The viewer never knows if Newman is guilty and we as the viewer are watching him try to plan how to clear his name, but we do not know if we are vying for an actual innocent man or a murderer. Pollack also plays with how our actions can consequentially affect others, especially relating to the Fields character. The film keeps the viewer enthralled not with any action set pieces, but with the sharp dialogue and some obvious editing inspiration from All The President’s Men. Absence of Malice could quite possibly be one of the great 80s’ films that will never be recognized as so.

On the top level, Cutter’s Way is a conspiracy theory murder mystery with heavy elements of neo noir. Digging to the second layer, the film is a character study dealing with loss and desperation. The film follows Jeff Bridges as Richard Bone as he unwittingly becomes a suspect in a murder while he is on his way to meet Alex Cutter, a friend from the Vietnam War. The film then shifts to Cutter and Bone (Cutter and Bone being the title of the novel the film is based on) trying to prove a ruthless businessman, played by Stephen Elliot, is the murderer.

It is baffling that John Heard did not receive an Academy Award Nomination for Best Supporting Actor for this role and it is baffling that he also did not become an instant A-List celebrity. He plays the role of Alex Cutter with such conviction and desperation, it can be argued that his performance is better than every single nominee for Supporting Actor that year. The film is probably Ivan Passer’s best film and most well known film and he controls the film excellently. Even though the movie received excellent reviews upon release, it lost money at the box office. Twilight Time released a remastered blu-ray of the film a few years back, but the film still has not found the widespread audience that it deserves, so if you have not seen it, it would be worth your while to make time for it. 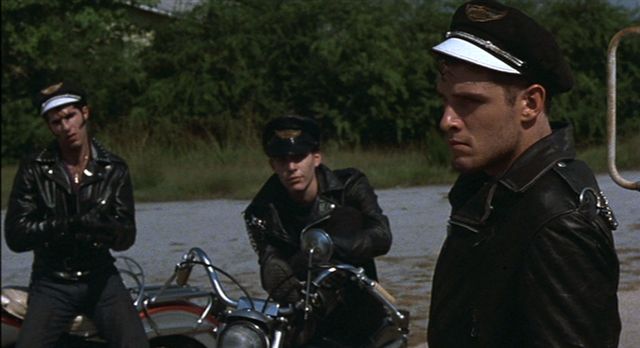 A biker gang crime drama directed by Kathryn Bigelow and starring Willem Dafoe as the leader of the gang. That should be the only thing you need to hear to make you go watch this right now if you haven’t seen it. The film follows Vance, played by Dafoe, as he leads his gang into a small southern town and a love interest ensues along with a rivalry with another gang. A complete homage to the biker films that came before it in the 1950s’.

The obvious comparison here will be to The Wild One and Dafoe’s character and Brando’s character are very similar, but Vance is not necessarily just a copy of Brando’s Johnny Strabler. The Loveless feels fresh and brings enough to the table that it is not just a novelty item. Suprisingly, the film only has 3.0 on Letterboxd, but it is better than that. The film is not the strongest on plot, but the tone and nostalgia make up for that. The most amazing thing is that this is Kathryn Bigelow’s first feature and Willem Dafoe’s first starring acting role and they both are excellent which just goes to show their natural talent. Arrow Video has released a top of the line 2K restoration of The Loveless, so if you haven’t seen it now is the time.