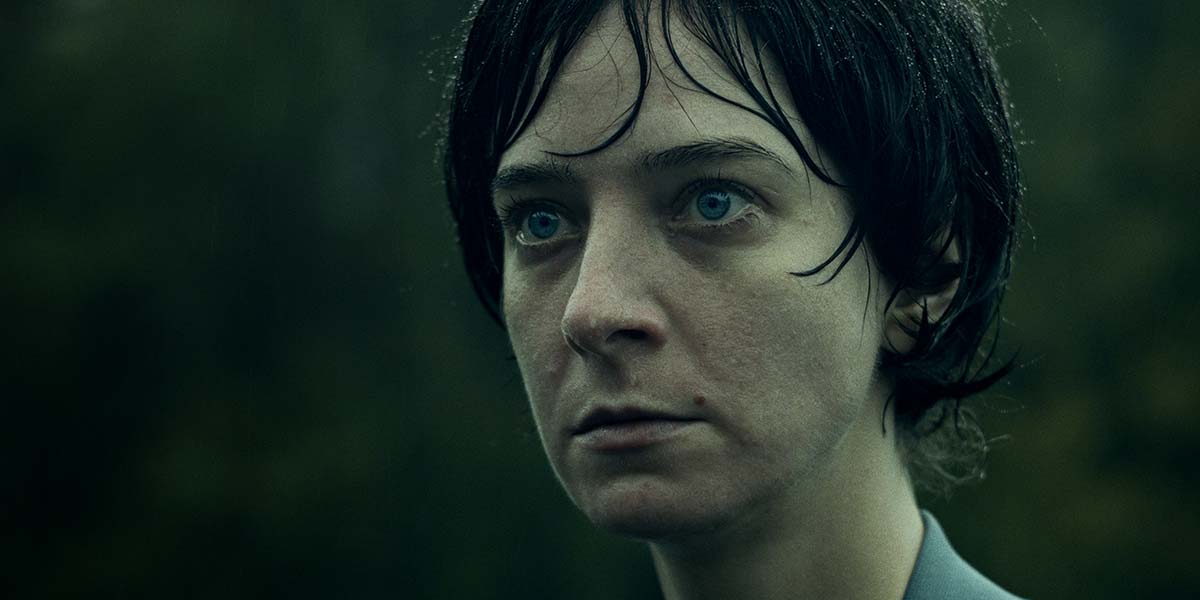 Revenge movies have enormous popularity. We’ve all seen the victim get retribution against the evil stranger who lurks in the dark. But what is it like outside of the fantasy, when revenge is raw, and real, and against someone you might love?

Violation aims to answer that question by placing us in the middle of a dissolving family unit. Miriam (Madeleine Sims-Fewer) and her husband Caleb (Obi Abili) are on the unspoken verge of divorce; we see it in their body language and the words they’re not exchanging on their way to Miriam’s sister, Greta’s, house.

Greta (Anna Maguire) and her husband Dylan (Jesse LaVercombe) seem to be the opposite of Miriam and Caleb, fully and actively in love with each other and demonstrating it for all to see. As we watch the two couples interact, the complexities of their relationships become apparent. When Miriam lets her guard down with Dylan, an unforgivable act is committed.

Rape revenge is often exploitative of women regardless of their eventual victory. The criminal act and subsequent revenge is shown with equal lurid detail, often compromising the strength and integrity of the story. Violation turns the tables and blinds the male gaze, instead lingering on full-frontal male nudity, allowing the viewer to confront and compare their own reactions to what is so commonly seen with women in the genre.

The film features real conversations full of emotion and nuance, and they are delivered by a competent cast who remain grounded and raw in their performances. Miriam and Greta’s sisterly bond is summarily challenged not only by the acts committed in the plot, but also by a very complicated and genuine history that seems to be shared by them. Conversations between Miriam and Dylan reflect realistic miscommunication and gaslighting that is commonly done between perpetrator and victim.

Which is to say, victimhood is a complicated term to use in this scenario. Miriam is never just a product of what happens to her. She is raw, quietly brutal, and transgressive throughout the film. The story is somewhat non-linear, so the shock of violence is compounded with a sense of confusion. Miriam’s plan is thought-out and well-executed even as we see the emotional and physical toll it takes on her person, and we watch her transform as a result of it. The camera often focuses on the minute details of the nature and insects – especially spiders – that surround Miriam, suggestive of the plan she is weaving unseen, and for the squeamish, only adds to the constant dread the film employs.

While not an easy watch by any means, Violation is a fresh take on the revenge genre. Well-written and superbly acted, it’s certainly worth a watch for those interested in the darker parts of the human condition.